Curious Man Appears to Hunt Prey Like a Dog 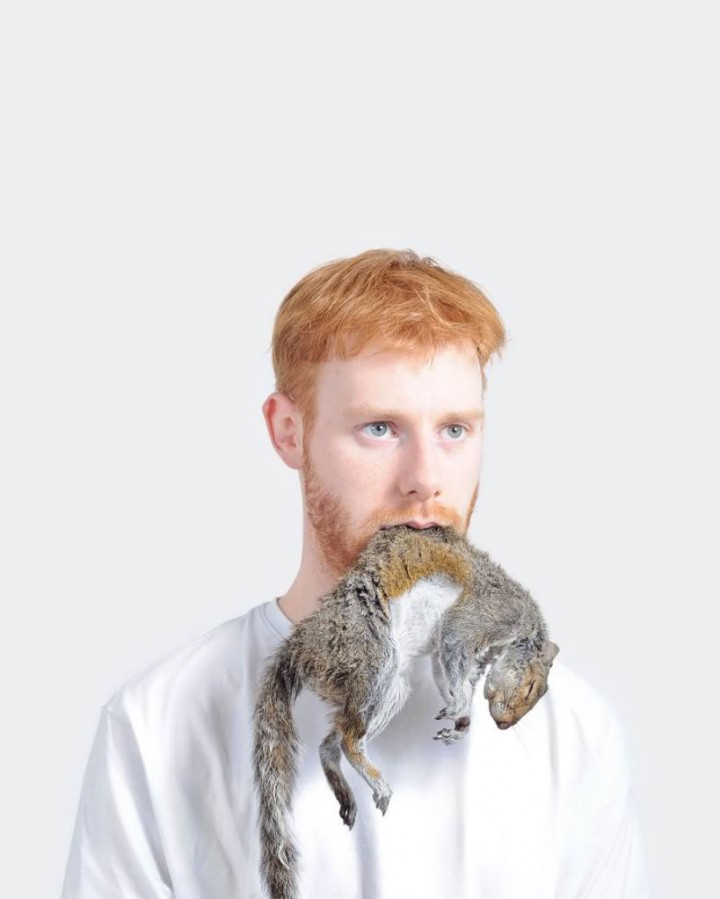 Just as a dog might proudly present a squirrel to its owner, Scotland-based photographer Rowan Corkill created a series of images in which he presents a collection of dead animals to his viewers. Corkill has always been interested in old antiques and taxidermy objects, taking what most people consider junk and transforming it into photographs like this unique series, entitled Portrait of a Species.

Each self-portrait features Corkill with a blank stare and a dead animal in his mouth. He produces a squirrel, a large black crow, and even a rabbit to his viewers, blurring the lines between human, animal, predator, and prey. In much of his work, Corkill is interested in the history and memories that are held within old objects. He enjoys producing collaged work, pairing things together because he says, “I love the freedom and randomness of chance that is created through collage as well as the lack of extreme theory and meaning (which is always nice!)” 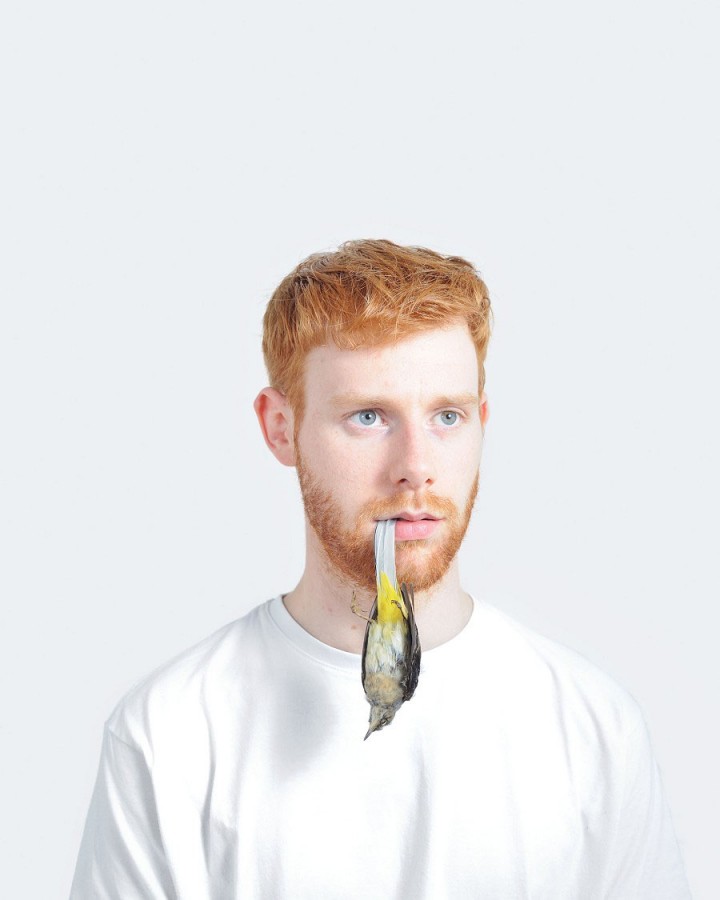 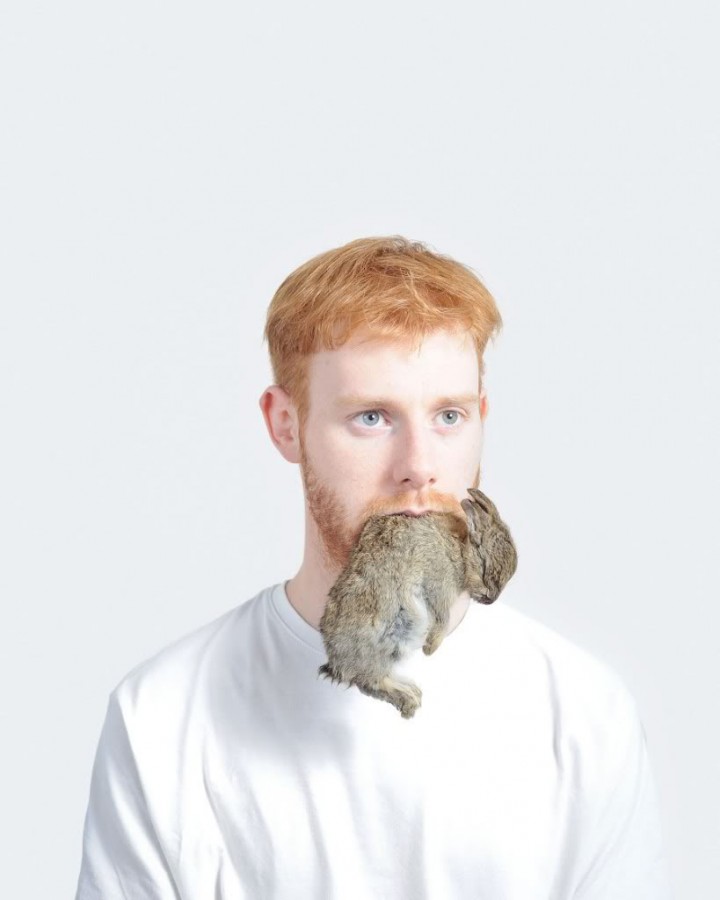 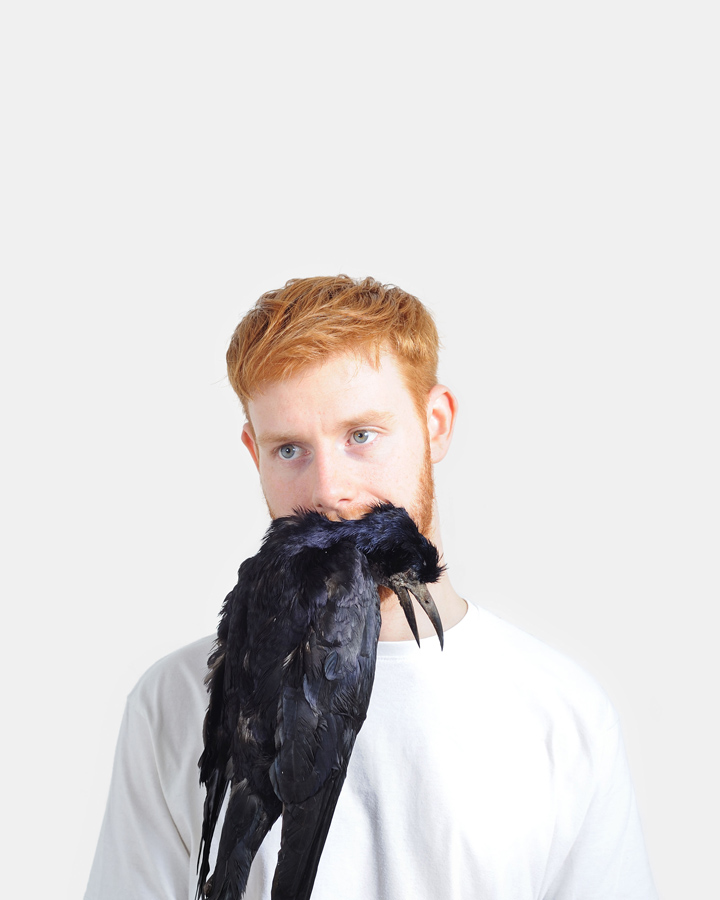 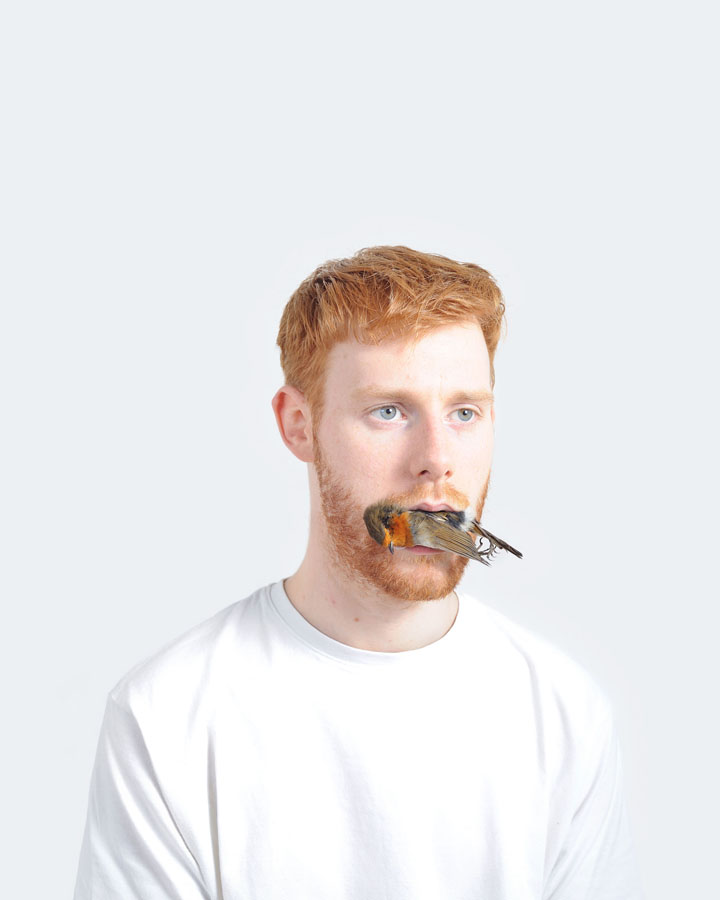 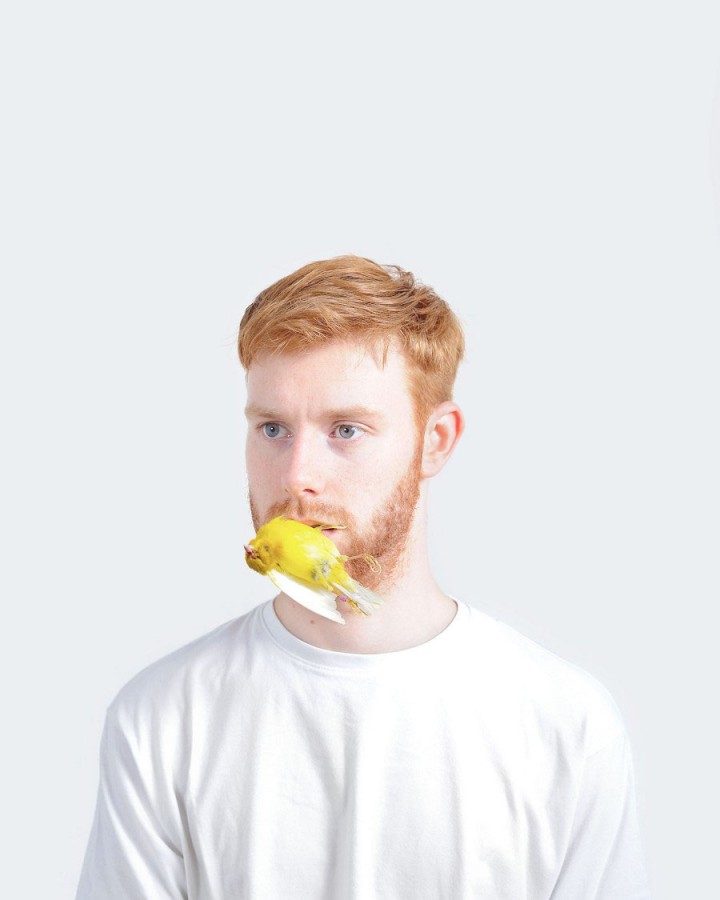