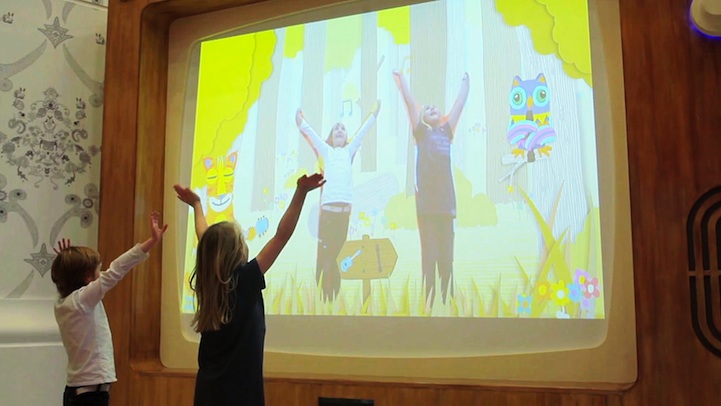 One of the most inspiring art projects we've come across lately is this new playroom at the Royal London Hospital. To show the healing power of art and play, Cottrell and Vermeulen architects and designer Morag Myerscough all worked together to create this bright and fun space for the children's ward of the new hospital complex. “We wanted it to be a complete escape for the children,” says architect Richard Cottrell. “Something so unexpected and all-consuming that it might distract them from thinking about being in hospital.”

The surreal space makes both young and old feel like they've fallen down a rabbit hole to Wonderland. Not only are there enormous stuffed animals like a tiger or an owl that decorate the space, there's also an interactive game, developed by designer Chris O'Shea with Nexus Interactive Arts. Called Woodland Wiggle, it's displayed on a television that's the size of a room. Children enter into a storybook world where they can paint, play music, or trigger weather effects like making it rain or snow. They can even create rainbows.

“We didn't just want them to be slumped in front of an Xbox,” says Anne Mullins, director of Vital Arts, the charitable arts organisation of Barts Health NHS Trust, which has steered the project. “It's about keeping them moving and exploring.”

Make sure to watch the video at the end of this post. 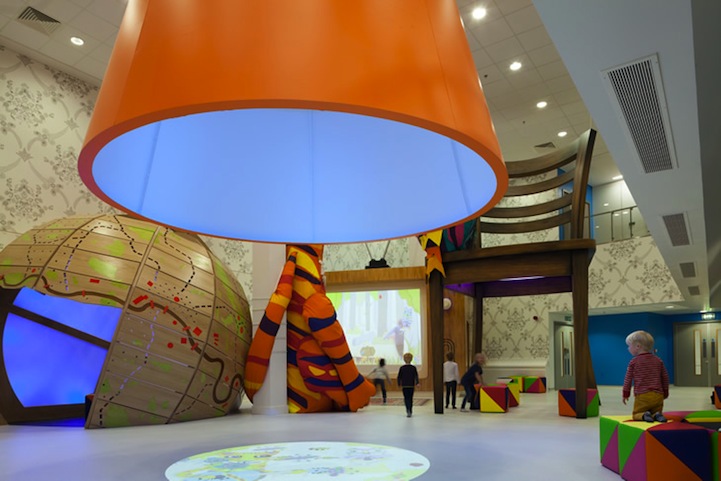 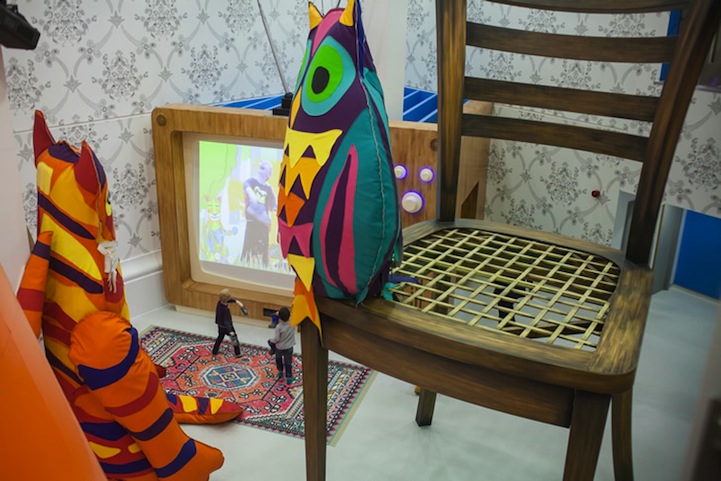 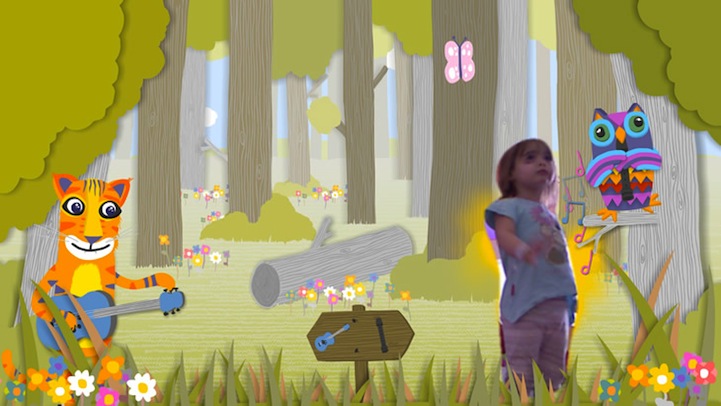 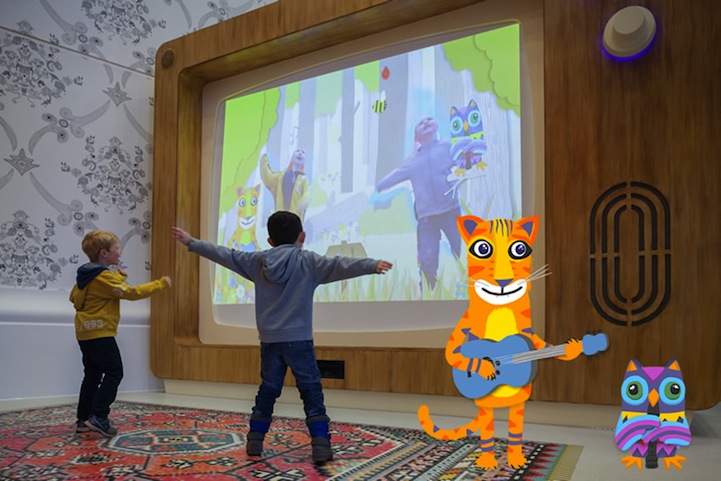 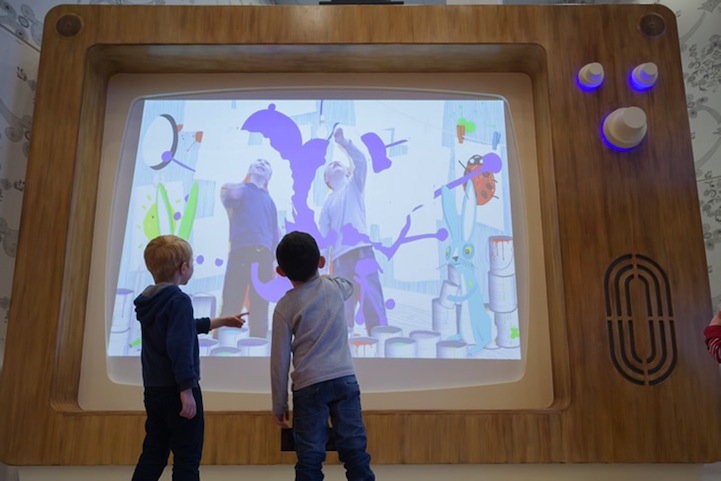 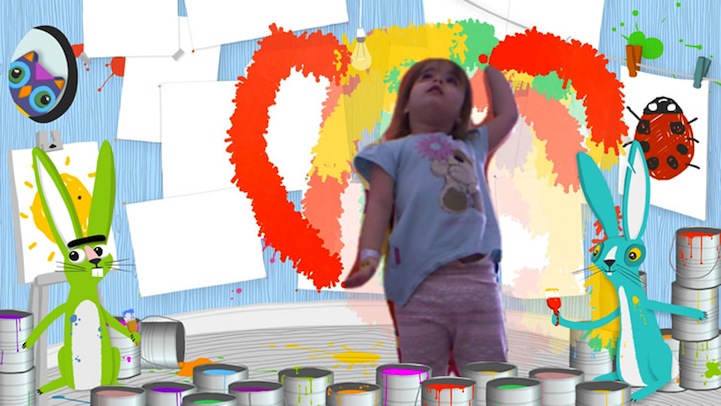 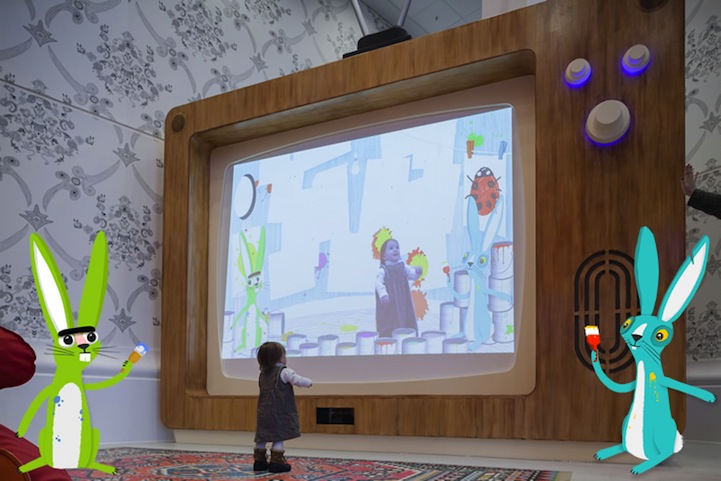 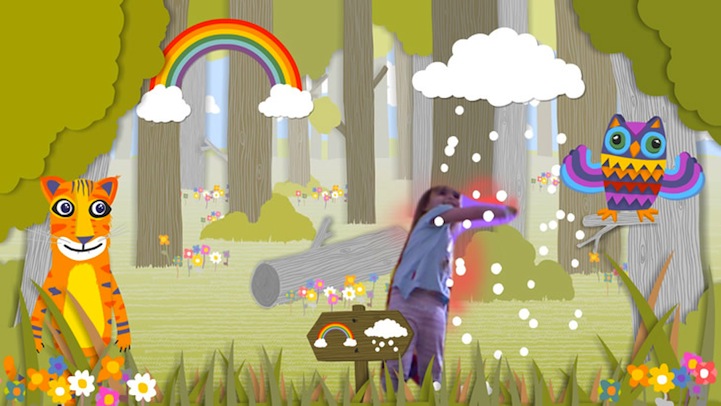 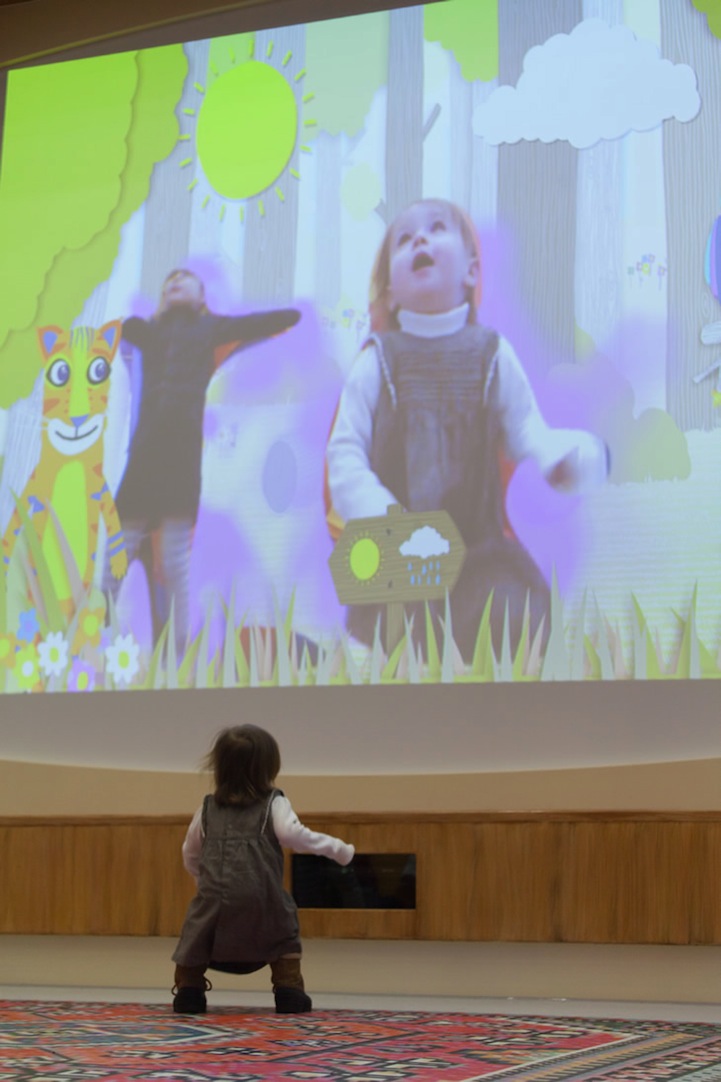