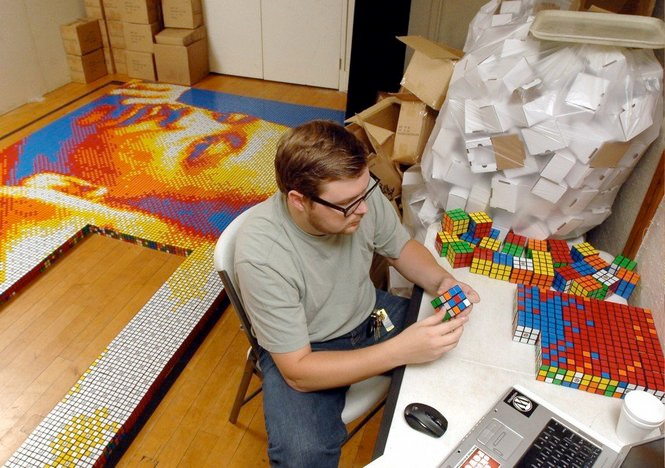 If you thought solving a Rubik's Cube took a lot of time, you've got to see this. Pete Fecteau spent 40 hours configuring a monumental mosaic of Martin Luther King Jr. made entirely out of Rubik's Cubes called Dream Big. With a computer generated draft as his blueprint, the determined creator used 4,242 Rubik's Cubes to construct the 18′ 6″ x 9′ 8″ piece that, once completed, weighed about half a ton.

The creative artist assembled the innovative portrait with the help of YouCanDoTheRubiksCube, First Park Congregational Church, The Student Advancement Foundation and Cooley Law School. He then entered the massive artwork in the 2010 ArtPrize competition in Grand Rapids, Michigan and placed in the top 50 out of over 1,700 submissions.

Dream Big has marked a turning point in Fecteau's artistic career, garnering him much attention. Interestingly, as a designer by day, Fecteau never saw the Rubik's Cube mosaic as a “career move,” it was just a “crazy idea” he could not ignore.

“It's been a weird project,” he told us. “There were many times where I'd want to give up and then the next day I'd get a call that forced me back on the horse. I kind of feel like it was willing itself to be made. I can't say I'm surprised by the attention. When I first looked at the finished product I was in as much awe as everyone else. I'm very happy to have this make people think about what's possible.” 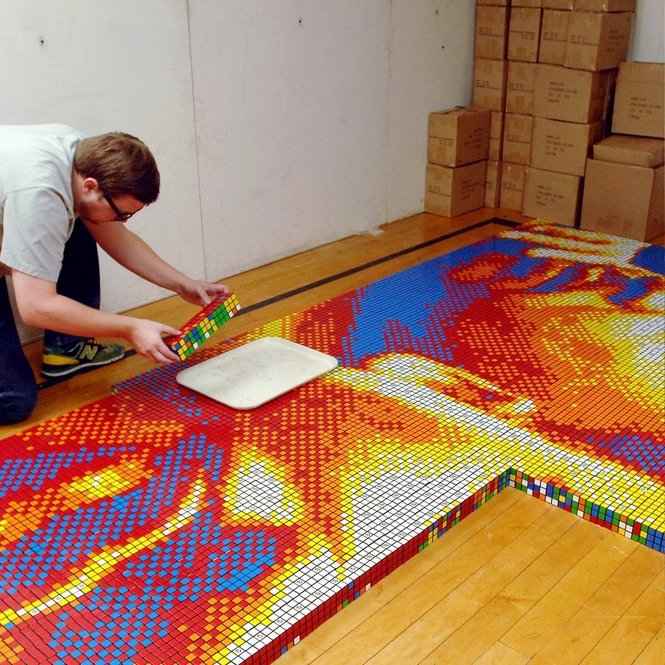 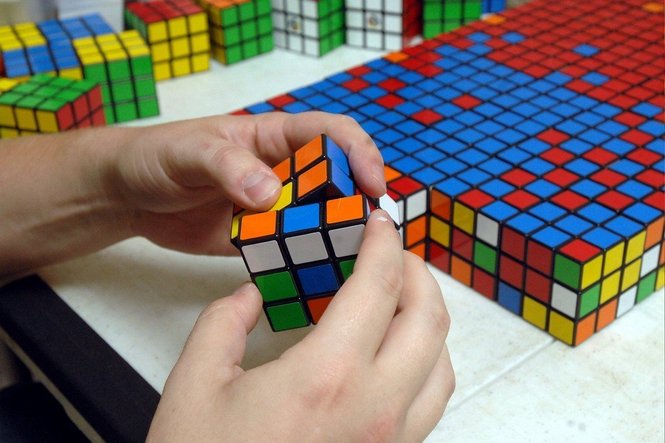 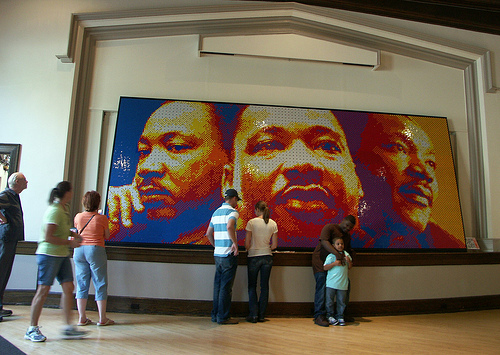