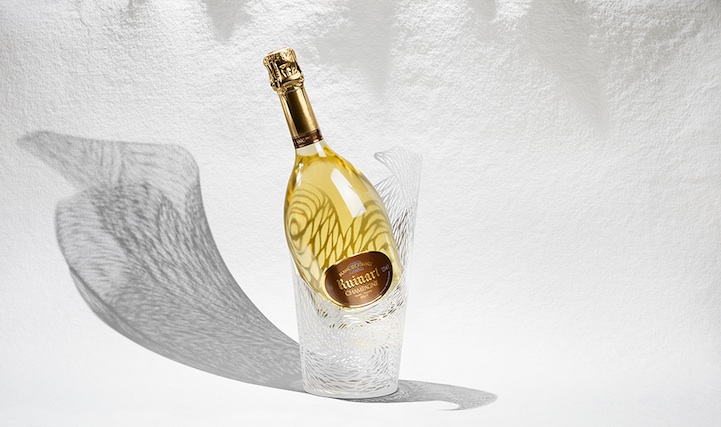 Ruinart, the world's oldest champagne house that's been producing champagne since 1729, has collaborated with artist Georgia Russell to create two cutting-edge, contemporary works, a gorgeous white ornament wrap and a grandiose sculpture made of cut paper. The beautiful white ornament, which wraps around the bottle, was inspired by Maison Ruinart's chalk cellars, impressive underground cathedrals of chalk that date back several centuries. The Scottish artist, who now lives in France, used a sharp scalpel to cut with extreme precision small notches into white paper. In doing so, she created a subtle play of light and shadow around the bottle, revealing stunning gold reflections of Ruinart's signature Chardonnay, Blanc de Blancs.

Using a a copy of Le Grand Livre, the book where Nicolas Ruinart's recorded the founding achievements of the House back in September of 1729, Russell used her artistic skills to create an explosive sculpture. As the cornerstone of Ruinart, the book is a priceless heritage that holds the memory of the House. In the photos below, watch as Russell strips and assembles the book's paper into a nest-like shape, creating a fascinating work that pays tribute to the founding of the House.

The House of Ruinart is committed to promoting contemporary art, actively participating in leading art fairs around the world as well as commissioning well-known artists to share the House's history and heritage in creative and compelling ways. 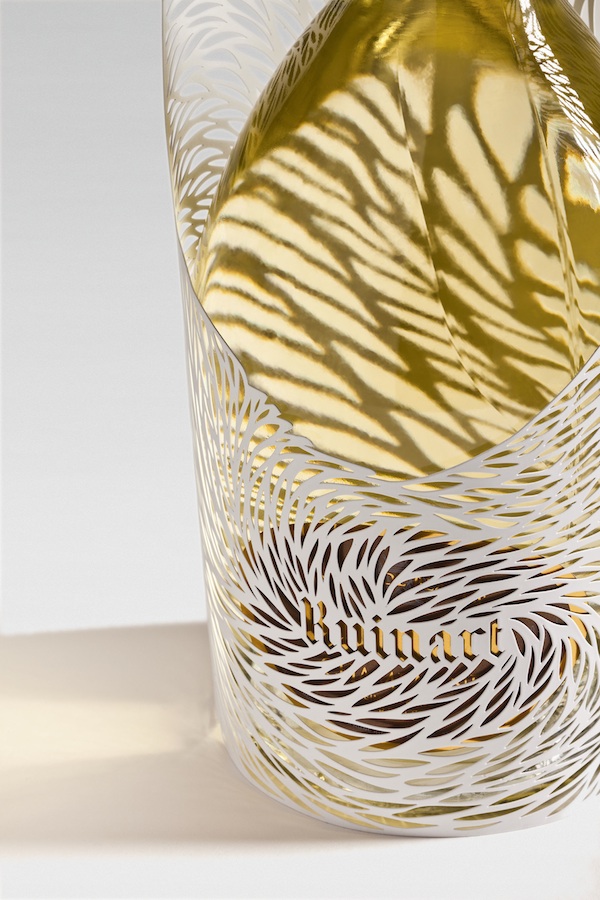 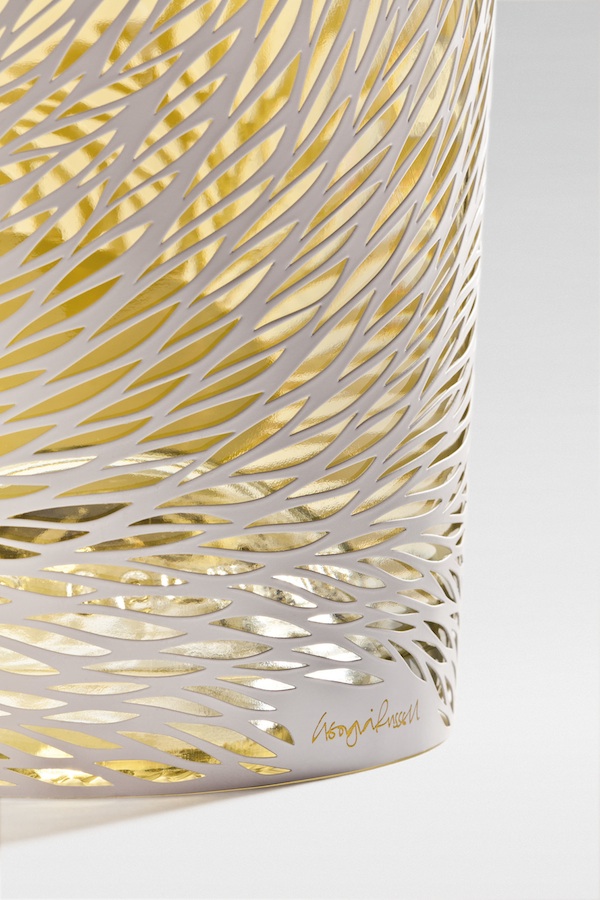 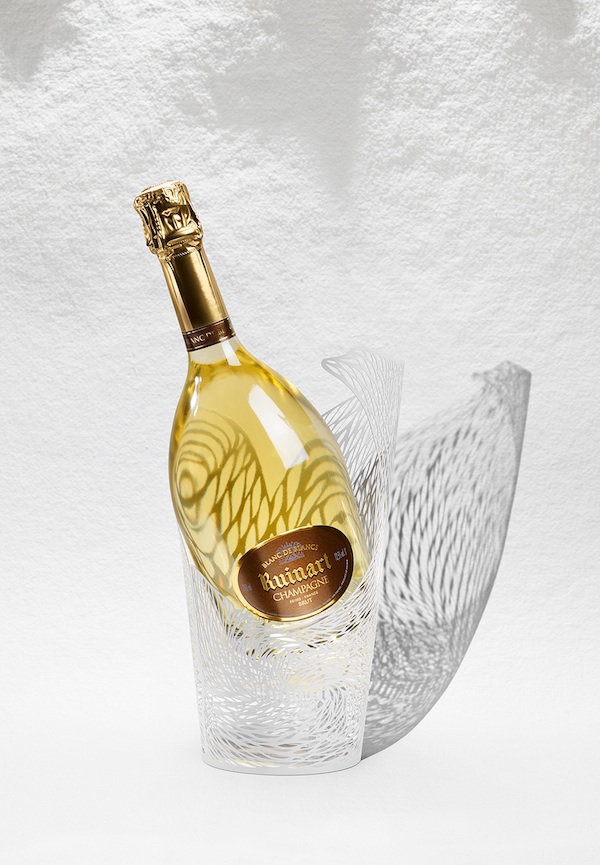 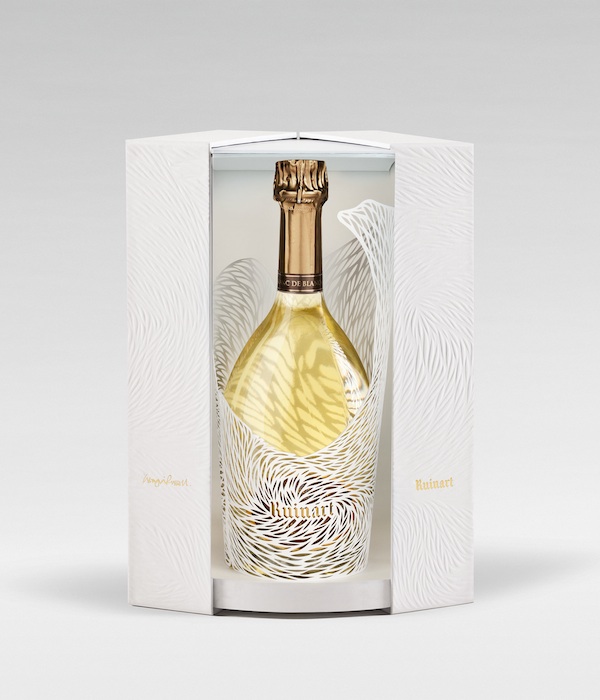 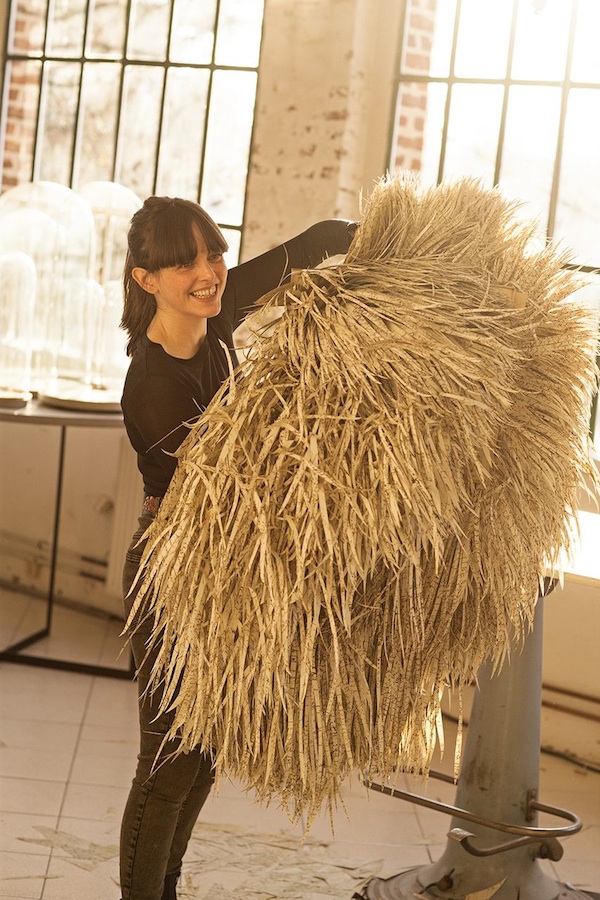 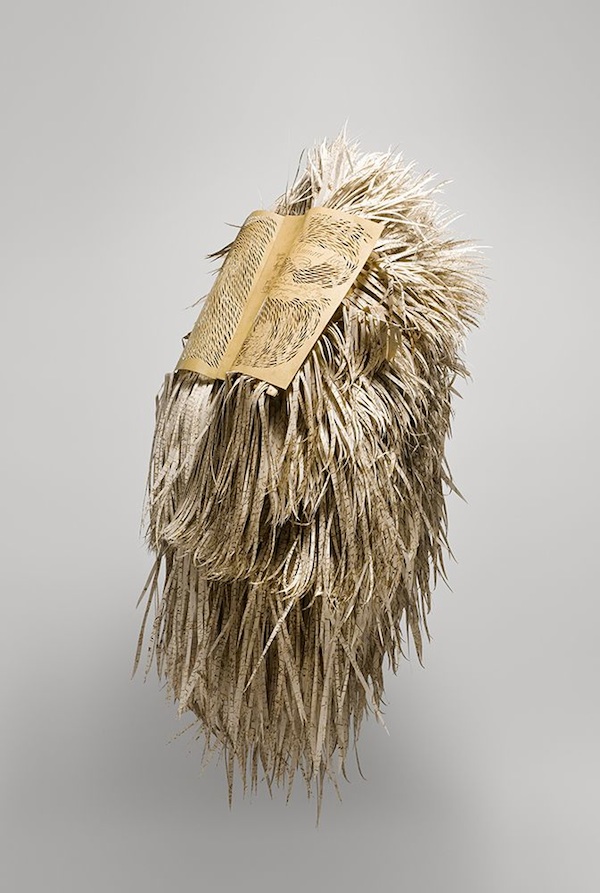 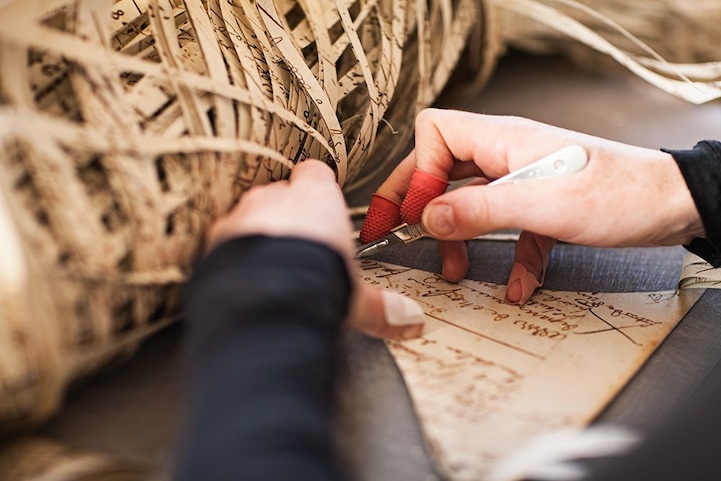 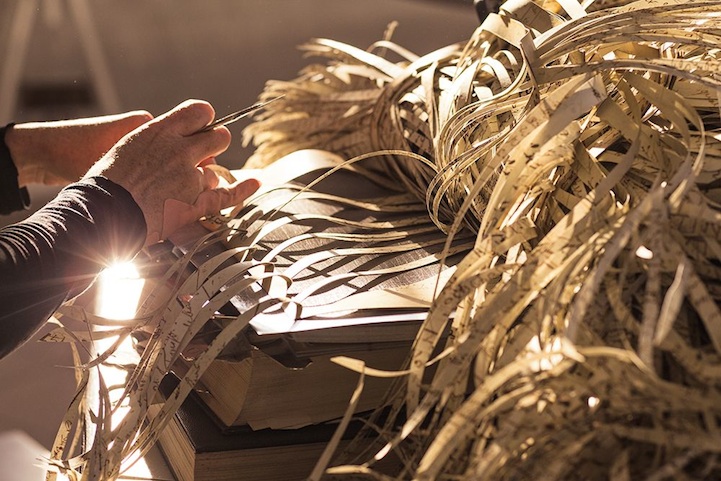 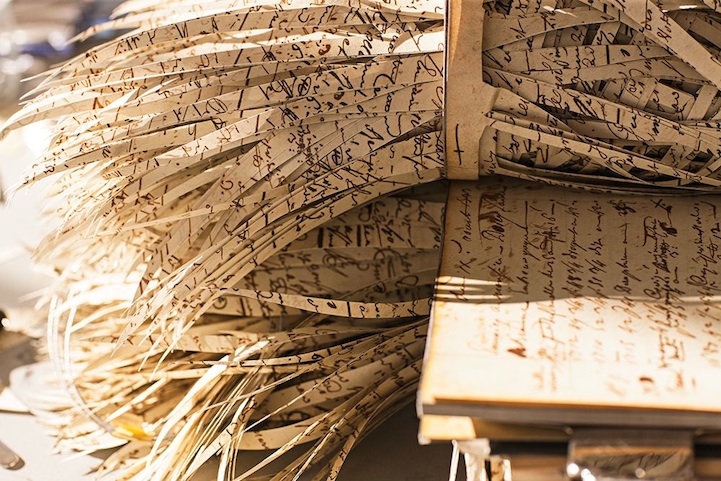 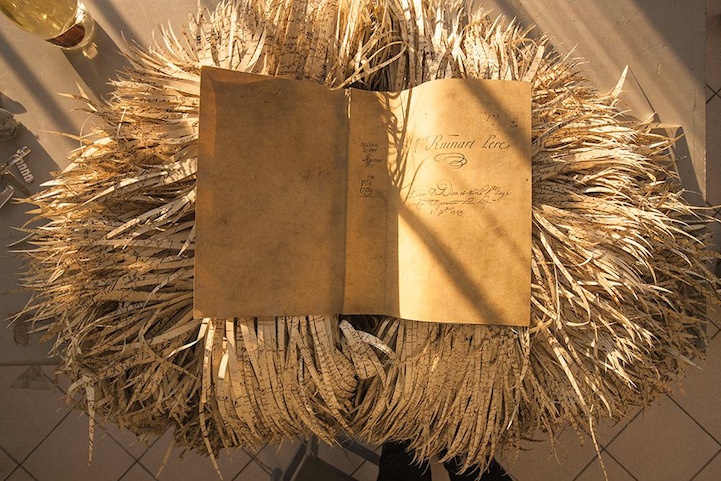 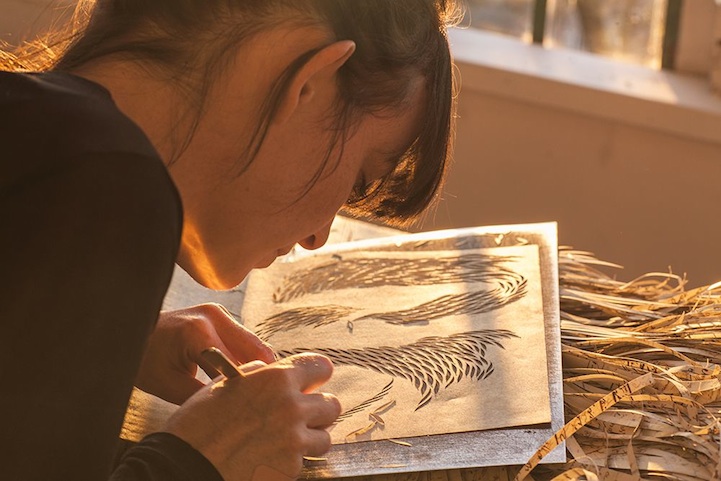 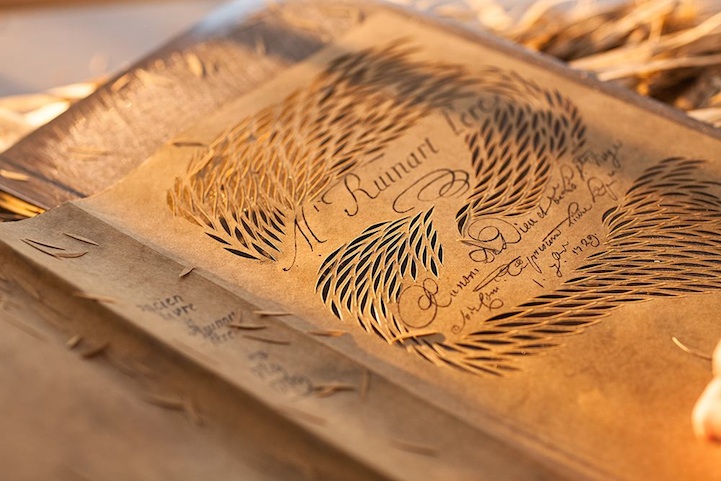