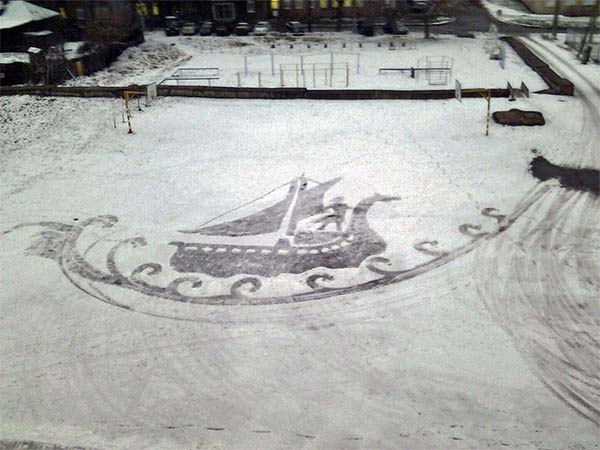 While many of us are welcoming warmer temperatures, this is something that might make you wish there was still a little snow on the ground. Seymon Bukharin is a groundskeeper at a school in Izhevsk, the capital city of Russia's Udmurt Republic. The 51-year-old is not only great at his job, but delights students and teachers with his creativity. On snowy days, he crafts large drawings on the schoolyard for all to see.

Armed with a broom, he sweeps the snow into fantastic designs like a ship sailing on the high seas, or a curious fox and bird. The silhouetted figures evoke a sense of imagination and fun among the students, who wish that they had more time to join him in this activity.

Bukharin has found a silver lining in the cold, using it to feed his creative spirit. He doesn't stop there, though, and lends his time to making props for the children's shows and performances that take place at the school. 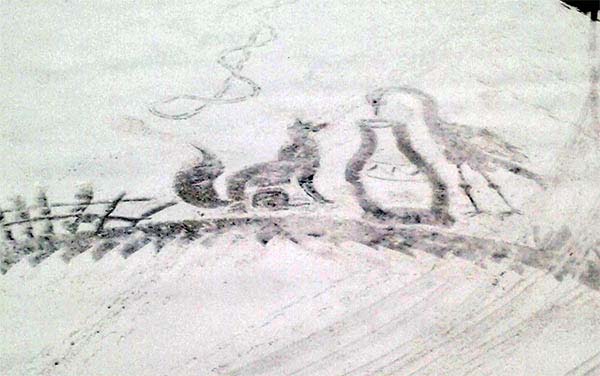 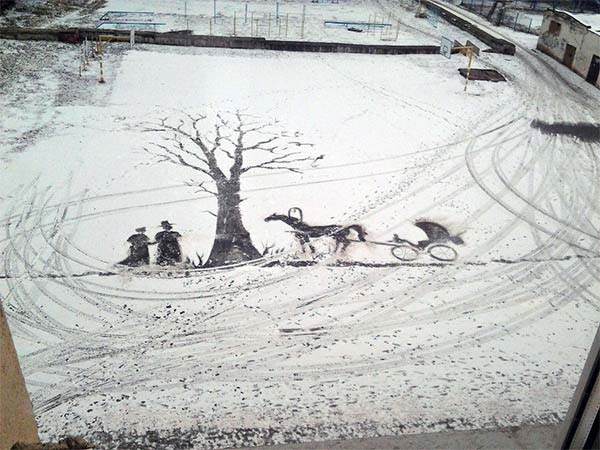 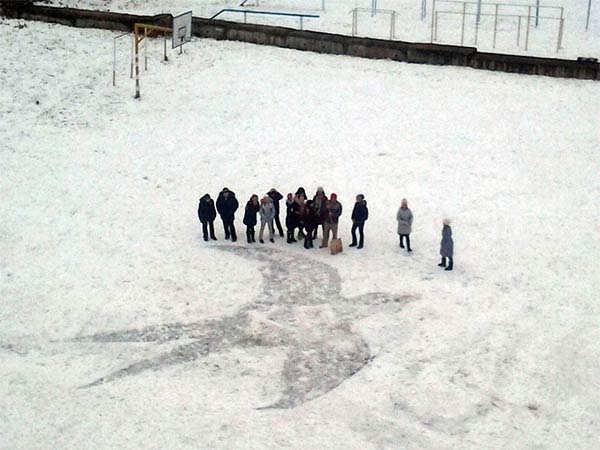 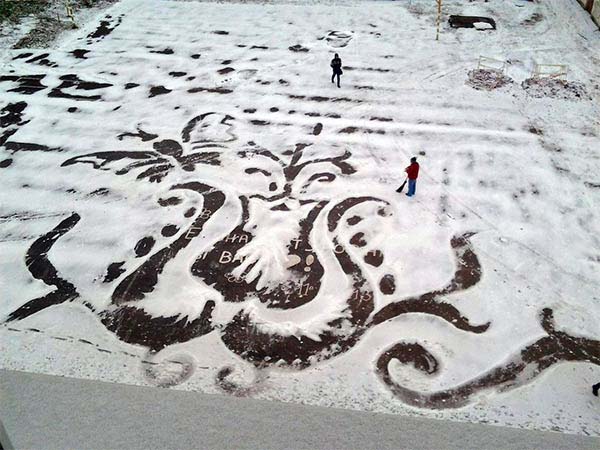