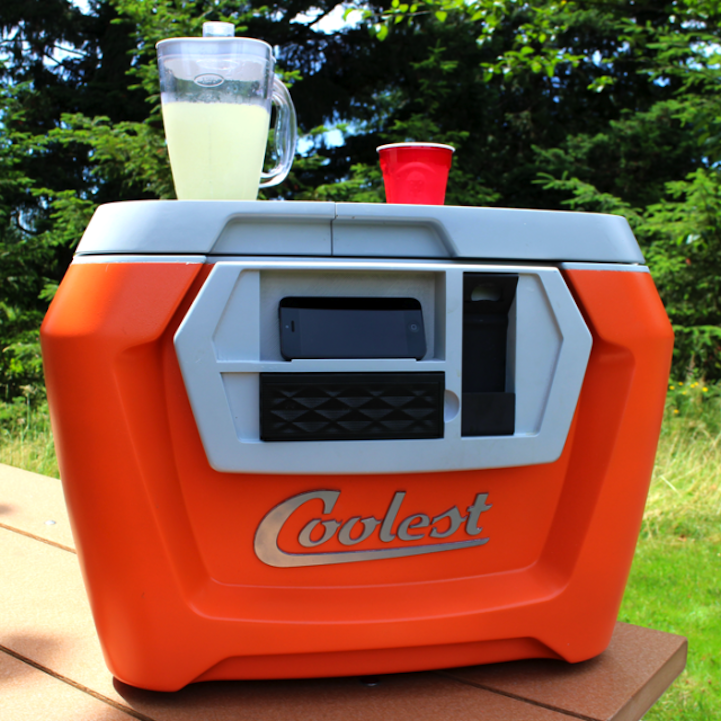 The Coolest Cooler is filled with so many fun amenities that people are making up excuses to pack up some snacks and head outdoors. Created by Portland-based inventor Ryan Grepper, the bright orange cooler is a small, “portable party disguised as a cooler, bringing blended drinks, music, and fun to any outdoor occasion.”

The innovative concept is a contemporary spin on your average cooler. Grepper has completely redesigned the old, boring box of ice on wheels into a modern delight, with everything from a USB charger to waterproof LED lights embedded in the lid (which makes beverage selection a lot easier at night!). With this cooler, users can blend up some cocktails or smoothies, listen to some tunes, charge their cell phones, and enjoy the outdoors with a bit of modern technology directly at hand.

To fund the inventive design, Grepper launched a Kickstarter campaign which has already reached well beyond the $50,000 initial goal. And that's no surprise considering how incredibly handy this cooler can be when venturing outside. Other features include an 18-volt rechargeable blender built right into the lid, removable bluetooth speakers that connect to any Smartphone, storage for reusable plates/cutting boards, wide wheels, a bottle opener, and a removable divider which allows users to keep beverages on ice on one side while also draining the other side to keep foods cool and dry. Grepper says, “Say goodbye to soggy sandwiches!” 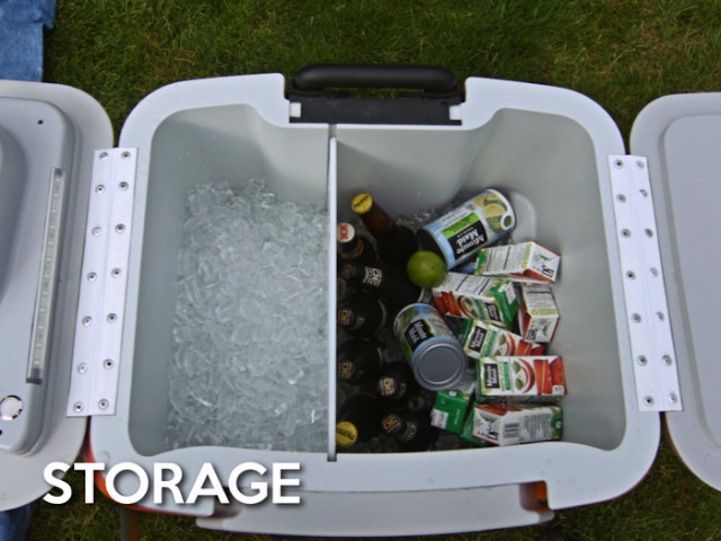 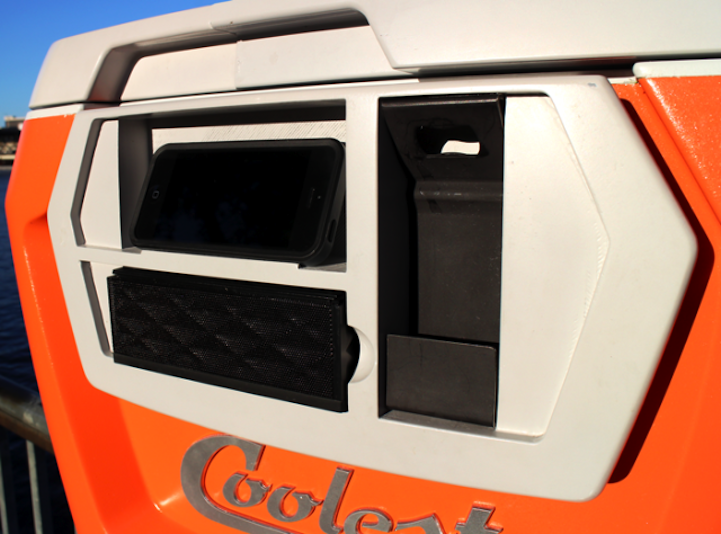 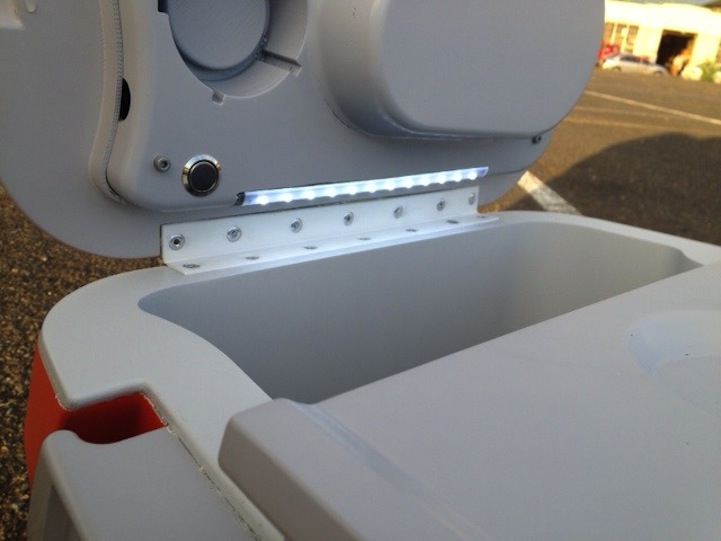 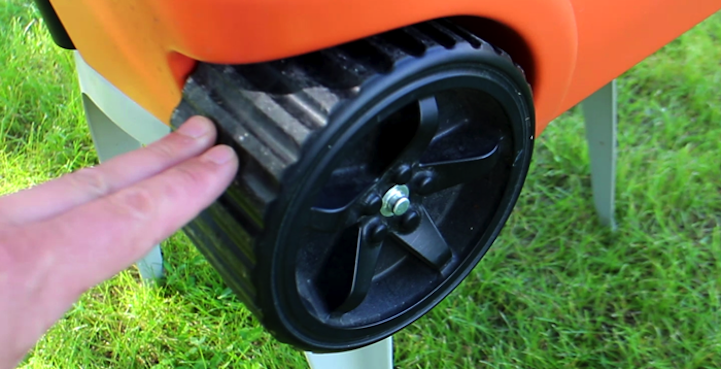 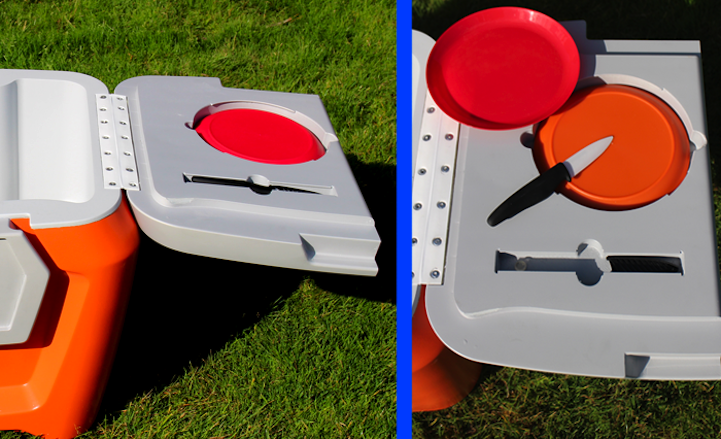