Little Girl Severely Burned in Arson Attack Only Wants Cards for Christmas–Let’s Send Her Some! 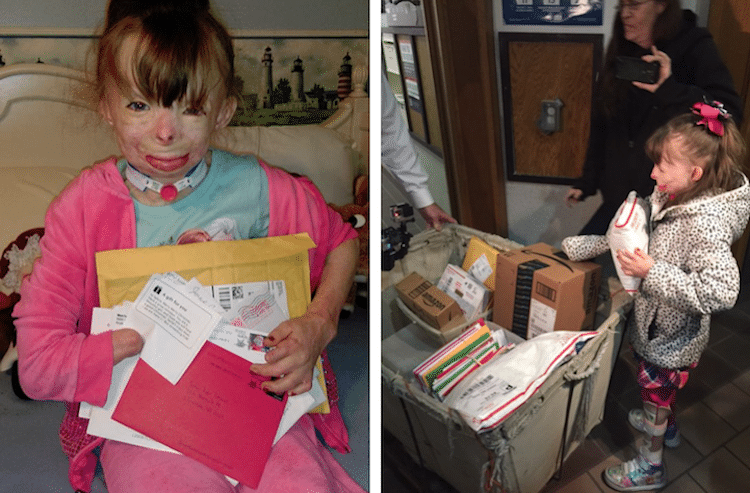 Eight-year-old Safyre Terry has faced unimaginable obstacles the past few years and she's asking us to help fulfill her only Christmas wish. Two years ago, Safyre's father and three younger siblings tragically died in an arson attack. As for the young girl, she was found alive next to her father because he used his body to protect her from the flames. Unfortunately, Safyre now suffers from severe burns across 75% of her body, she lost her right hand three months after the fire, and her left foot was amputated in March. Her aunt Liz Dodler now has sole custody of the 8-year-old and told BuzzFeed that she's had more than 50 surgeries since the fire.

Despite all the difficulties she's faced, Safyre still remains optimistic. When her aunt bought a tree to hang Christmas cards on, the little girl instantly exclaimed, “I can’t wait to fill it up!” Dodler then told her that they normally don't receive that many cards, so they won't be able to cover the entire 100-card tree. Even so, Safyre's aunt wasn't willing to give up and posted a request for cards on Facebook. This appeal quickly took off on social media and many cards have already made their way to Safyre.

To join us in fulfilling the beautiful Safyre's Christmas wish, you can send a card to: 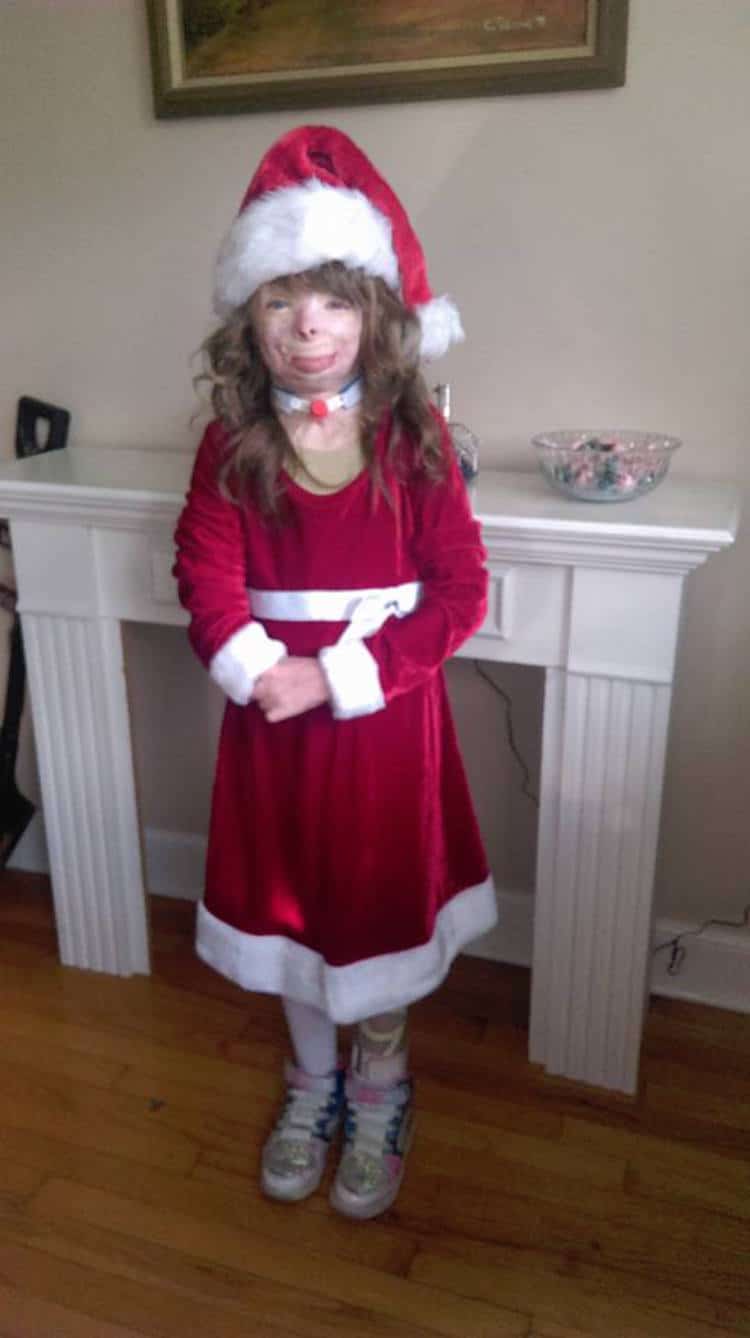 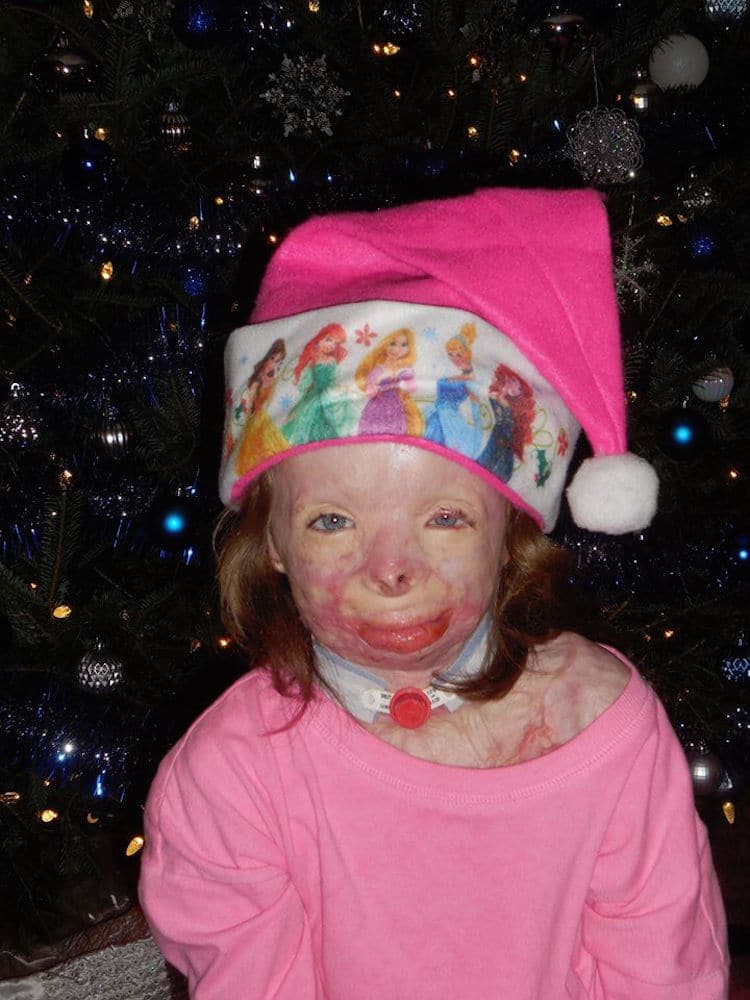 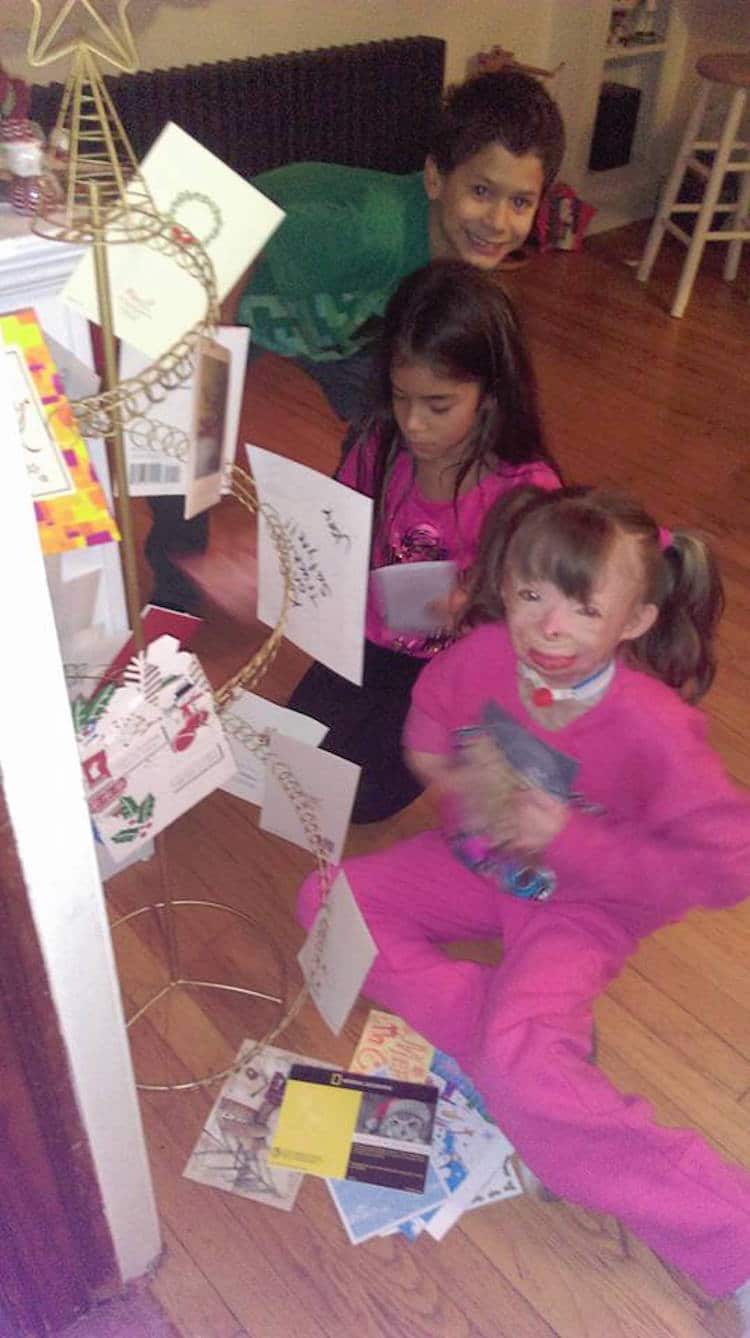 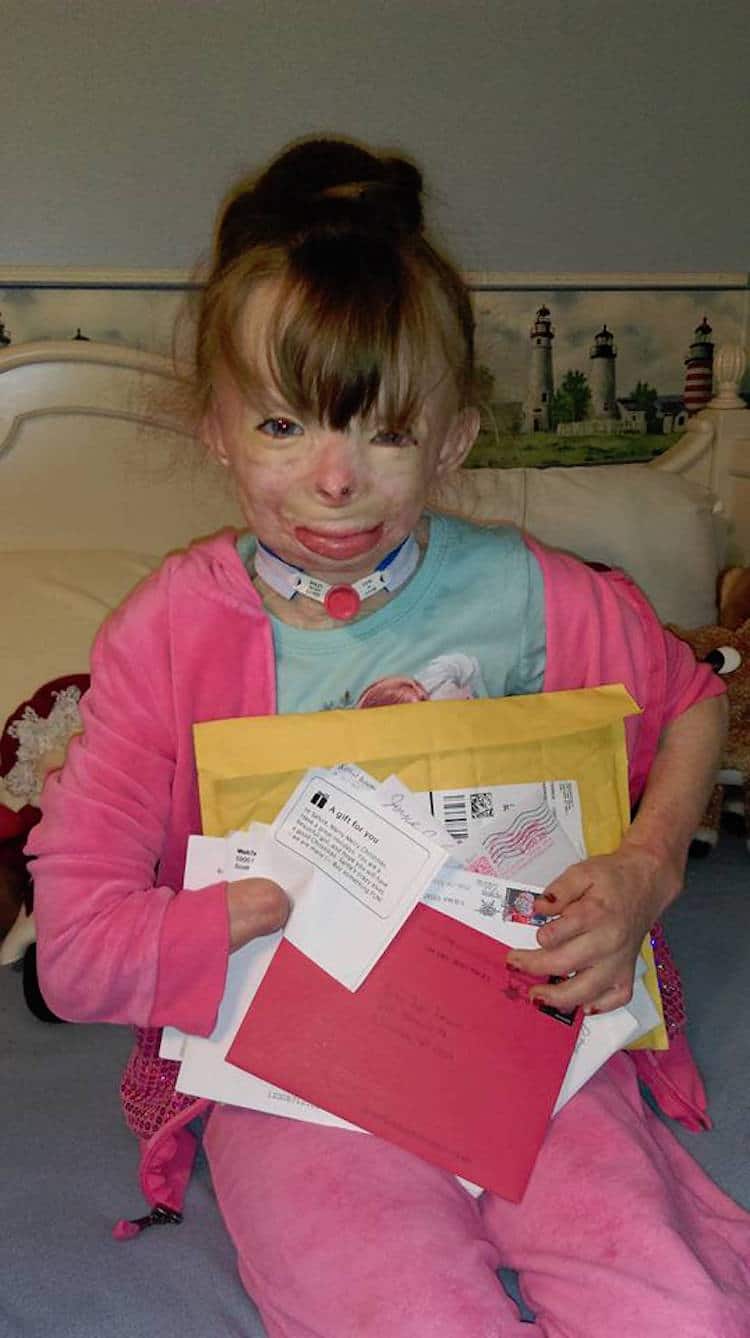 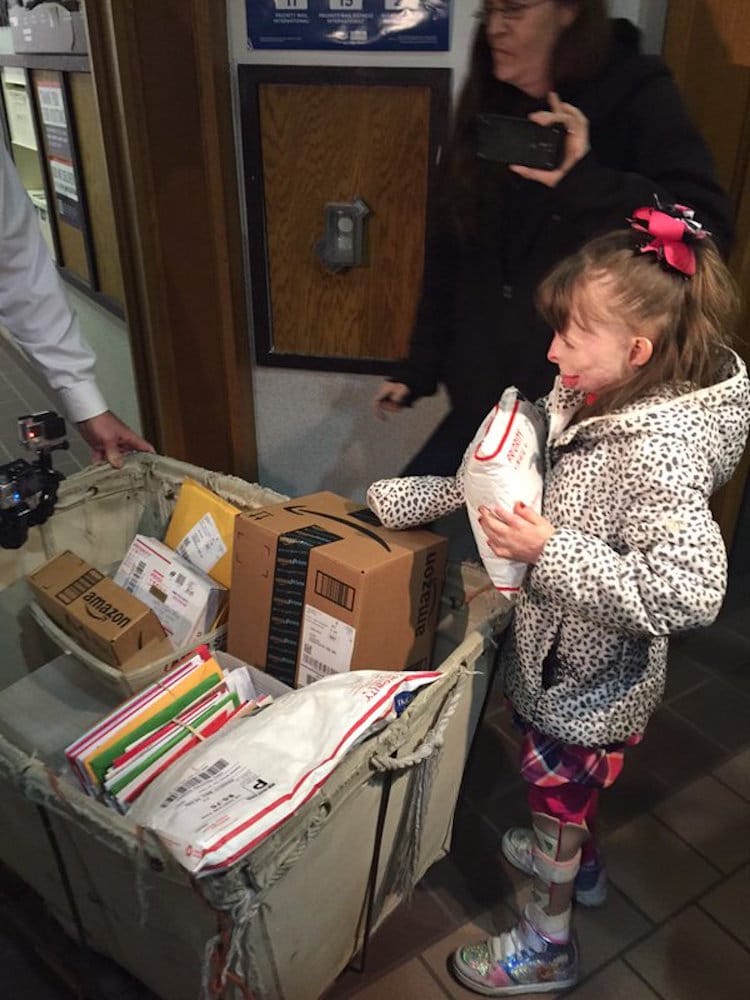 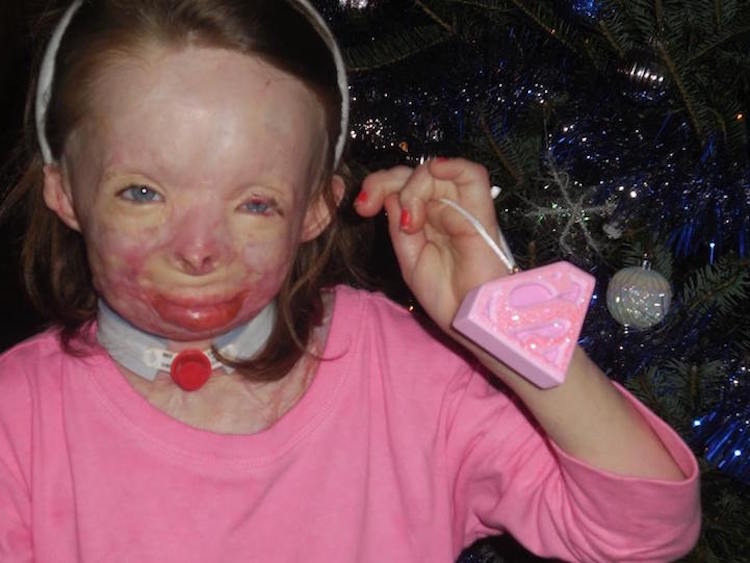 All images via Safyre Schenectady's Super Survivor unless otherwise stated.