Meet Saga, an 8-year-old Swedish girl who went into a lake and pulled out an ancient viking sword and whom I will follow into battle anywhere, any time. ALL HAIL SAGA! https://t.co/yqhenn4Fn2 pic.twitter.com/3x6uzcs667

Like most 8-year-olds, Swedish-American girl Saga Vanecek spent much of her summer outside. Unlike the outdoor adventures of other kids, however, Vanecek's experiences resulted in an amazing archaeological discovery: a 1,500-year-old sword.

Vanecek found the ancient artifact while visiting Lake Vidostern with her family. As she was feeling around for found objects to throw, she picked up what she thought was a peculiar-looking piece of wood.

“I was outside in the water, throwing sticks and stones and stuff to see how far they skip, and then I found some kind of stick,” she told Swedish news site, The Local. “I picked it up and was going to drop it back in the water, but it had a handle, and I saw that it was a little bit pointy at the end and all rusty. I held it up in the air and I said, ‘Daddy, I found a sword!' ”

After her father examined the relic, he contacted archaeologists at the Jönköpings Läns Museum. They believe that the well-preserved sword may be pre-Viking in origin and estimate it to be between 1,000 and 1,500 years old. “It's about 85 centimeters long, and there is also preserved wood and metal around it,” Mikael Nordström, the museum's director, explained to The Local. “We are very keen to see the conservation staff do their work and see more of the details of the sword.”

Following this extraordinary find, the museum's archaeologists asked Saga and her family to keep their story under wraps so they could comb the lake for more treasures. During these searches, they found an 18th-century coin and, more importantly, a brooch they believe may be as old as the sword.

Once the museum gave her family the green light to tell Saga's story, her father shared some photos on Facebook. The epic tale quickly went viral, and prompted the public to comically crown Saga as “queen”—both of Sweden and of the Internet.

So, what does Saga think of this declaration? According to her father, she still has dreams of becoming a doctor, vet, or an actress in Paris—though she does enjoy learning about “old stuff.”

She found it while skipping stones in Sweden's Lake Vidostern. 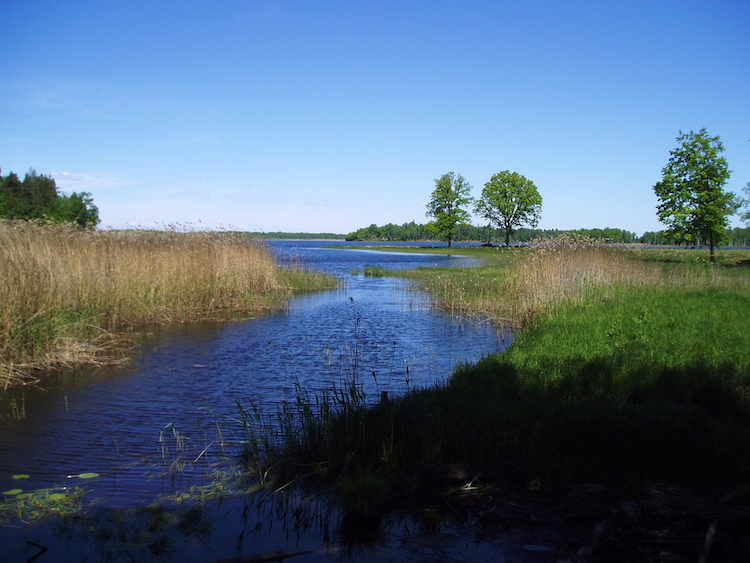