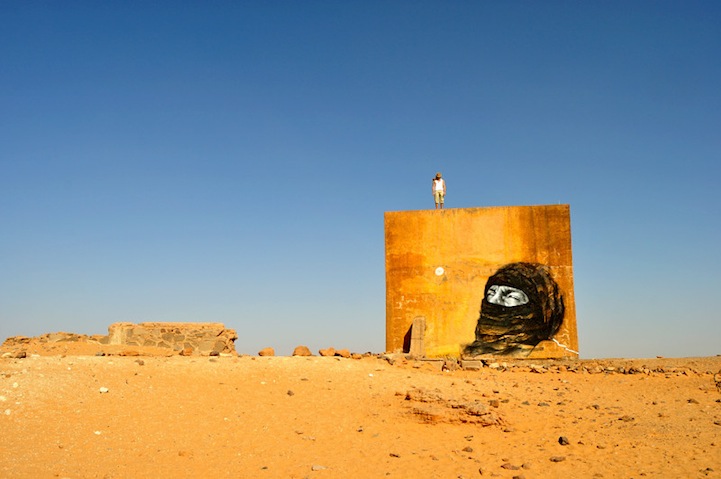 Street artist M-E-S-A traveled to the Sahara desert to live with Saharawi families in a refugee camp. During his stay, he learned about the incredible history of the Saharawi people, who have lived in exile for more than 36 years, fighting a peaceful way with art projects, such as Artifariti 2011, a student meeting, shown here.

“The Sahara, under hard conditions of life, living in the so called ‘desert of the deserts' a land that has no end, where time doesn't exist,” says M-E-S-A. “This mystic culture, full of magic is in a political conflict whose solution isn't appropriate for many countries, including mine.

“The old Saharawi's villages that are found in the Moroccan occupied Western Sahara, have been and continue today being victims of crimes against humanity. [They] are separated from the liberated Sahara by ‘the wall of shame' (a military wall), defended with large military forces on the front line, and protected with millions of land mines by the liberated part.

“Say that art crosses borders. After seeing the reality, I am proud to contribute my little grain of sand, transmitting a message of peace and freedom.” 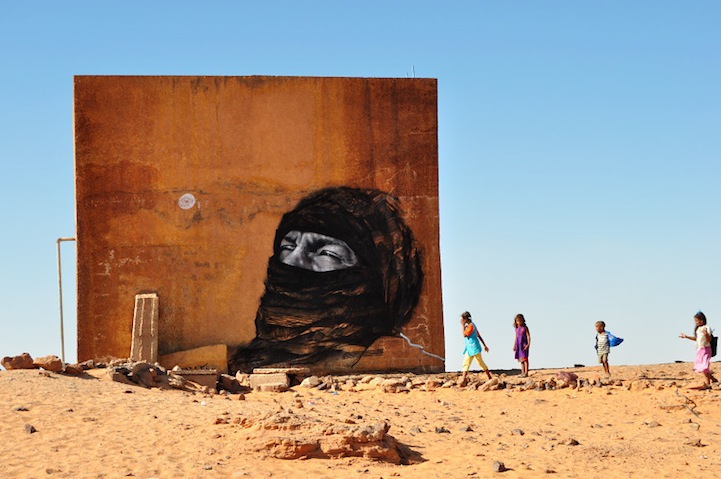 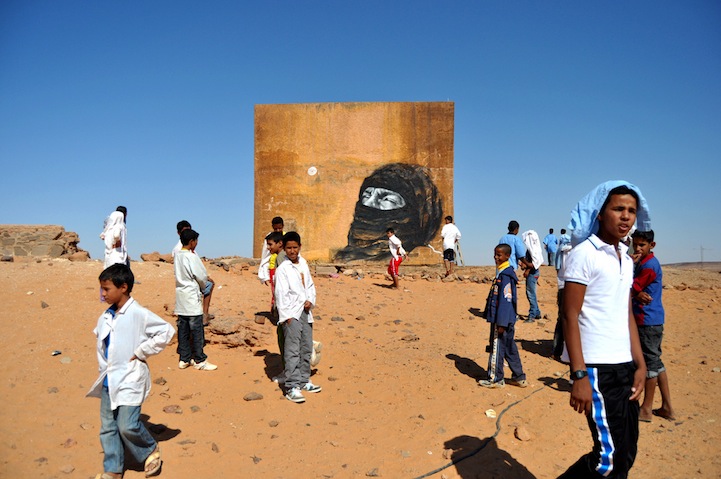 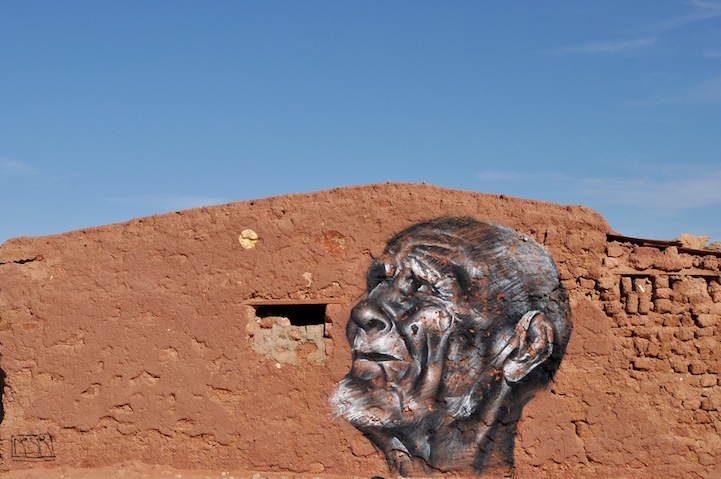 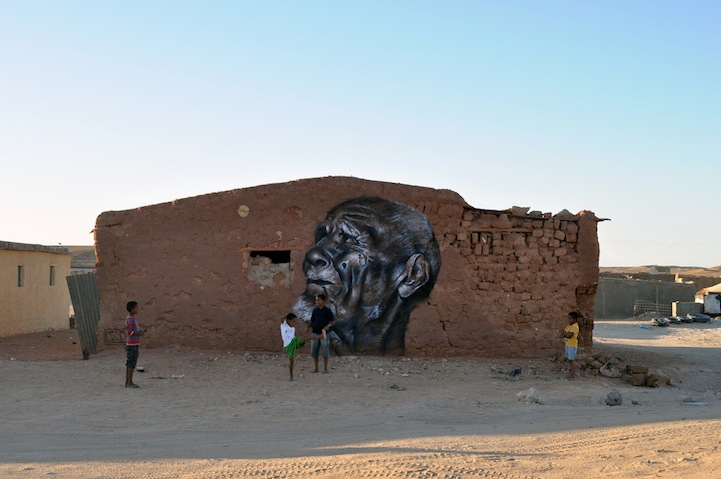 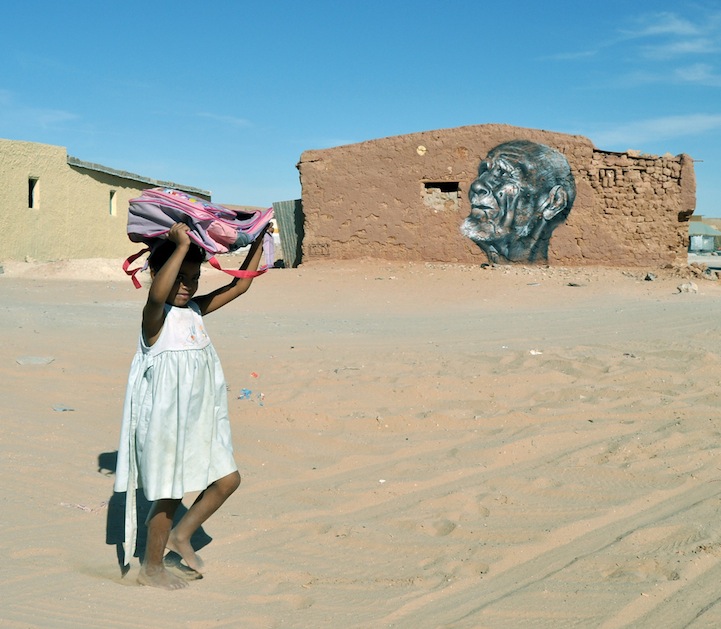 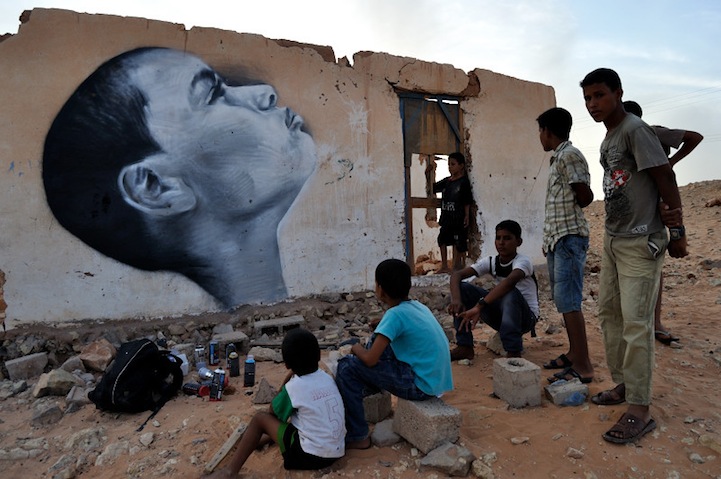 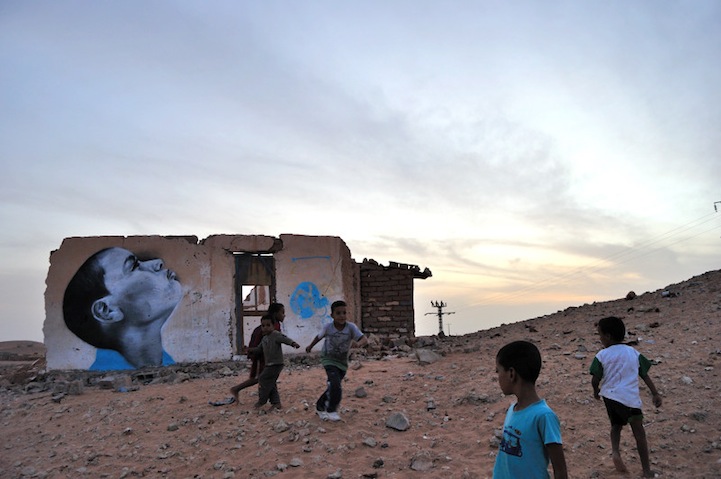