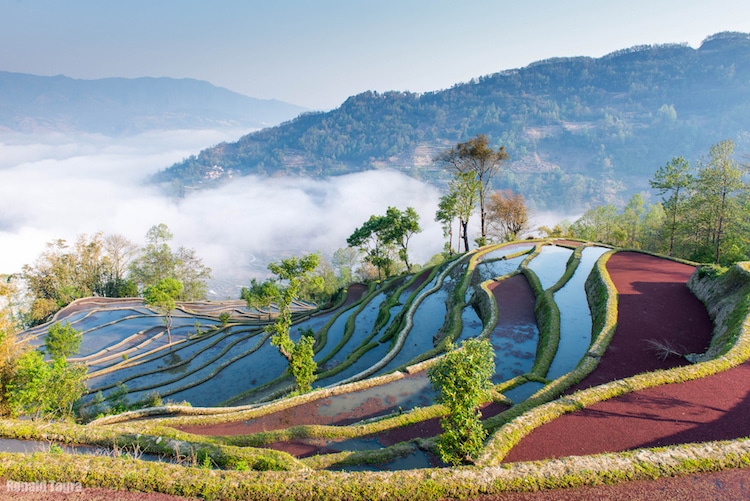 In a stunning agricultural breakthrough, Chinese researchers have stated that they have developed a system for growing rice in saltwater. It's a revolutionary breakthrough that could help feed over 200 million people and boost China's rice production by 20 percent.

In the spring, over 200 types of rice were planted in a coastal town in eastern China. The researchers flooded the area with diluted seawater to see which varieties could thrive in the environment, and they were stunned by the results. “The test results were way above our expectations,” said Liu Shiping, professor of agriculture at Yangzhou University.

For decades researchers have been attempting to produce commercially viable rice in water with high saline levels. Lead researcher Yuan Longping, who is known as the “godfather of rice” in China, has been developing hybrid rice varieties since the 1970s, when it became apparent that China was due for a population boom. Over the years he has created hybrids that now account for 20% of the rice varieties on the market.

With rice as a staple of the Chinese diet, yet huge swathes of land unviable due to high saline levels, this is a promising sign for a new way to feed the growing population. Growing rice varieties with saline tolerance will open up new areas of cultivation within the country and hopefully incentivize farmers to plant more rice.

“If a farmer tries to grow some types of saline-tolerant rice now, he or she most likely will get 1,322 pounds per acre (1,500 kilograms per hectare). That is just not profitable and not even worth the effort,” said Yuan. “Farmers will have enough incentive to grow the rice if we double the yield.”

And though the rice is pricey—costing about 8 times more than traditional varieties—it's already making its way into kitchens across China. The distributor estimates that it's already sold 6.6 US tons (6 tonnes), and prices are expected to drop as commercialization continues. The “seawater” rice also has some built-in benefits. It's naturally higher in calcium and fewer pesticides are needed, as less insects tolerate the salty conditions.

Best of all, it tastes good. “My boyfriend said it was like the braised rice he had back in his village. It is very good,” a local told the South China Morning Post.