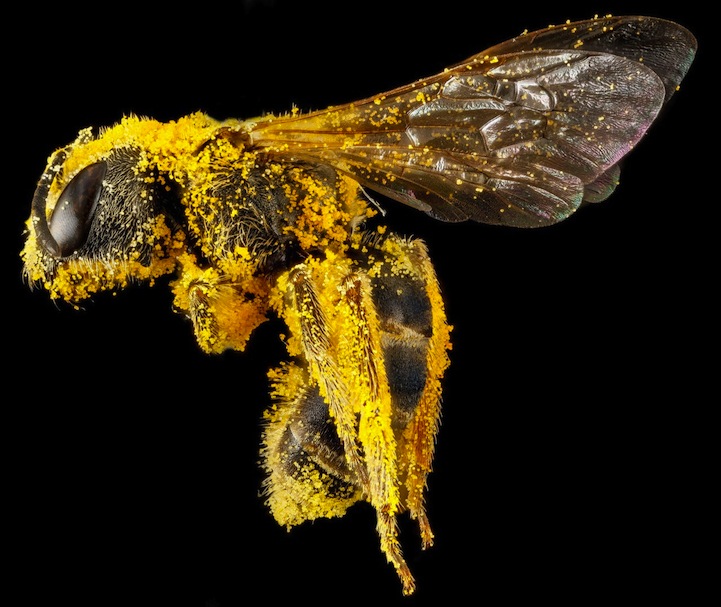 The United States Geological Survey has released another fascinating batch of macro photos offering intimate portraits of bees. The often-feared insects are photographed against black backgrounds in great detail, revealing large, shimmering eyes and rainbow-colored wings. One bee is even seen covered in flecks of vibrantly golden pollen dust. Up close, the bees take on a fluffy, and even cuddly, appearance.

Researcher Sam Droege created the photos by programming a camera with a macro lens to take sets of photos of varying focal depth. In Photoshop, he blended several exposures together to create one incredibly clear image. The colors are not manipulated, so the insects' natural hues are represented honestly.

The macro photos, captured as part of the USGS Native Bee Inventory and Monitoring Program, generate valuable public interest in the insects that people commonly run from. “Once you blow [the bees] up to the size of a German shepherd and they have good hair, people start paying attention,” Droege says. “They're like aliens from another world.” 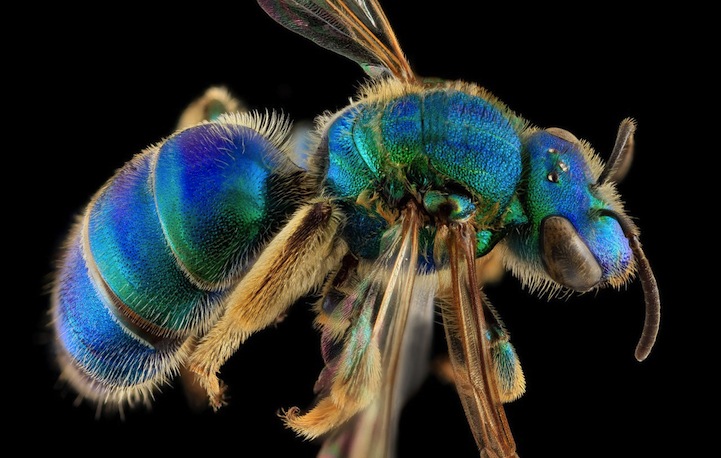 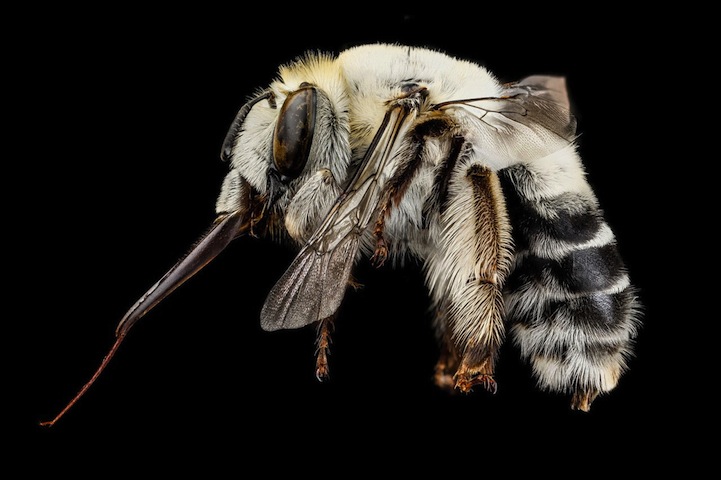 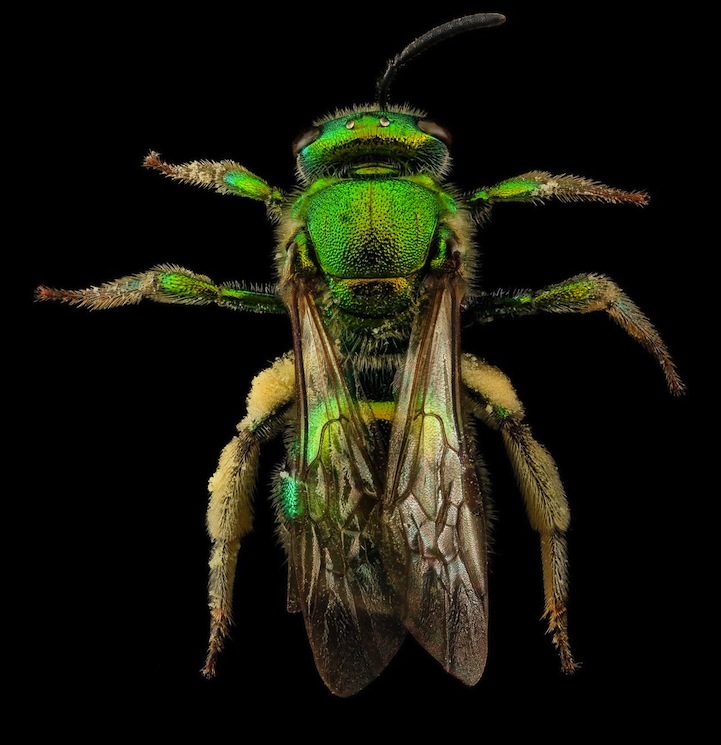 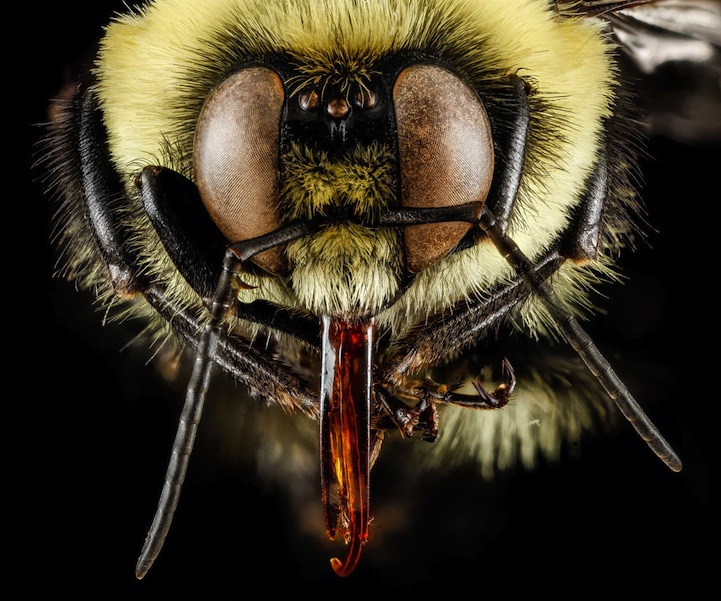 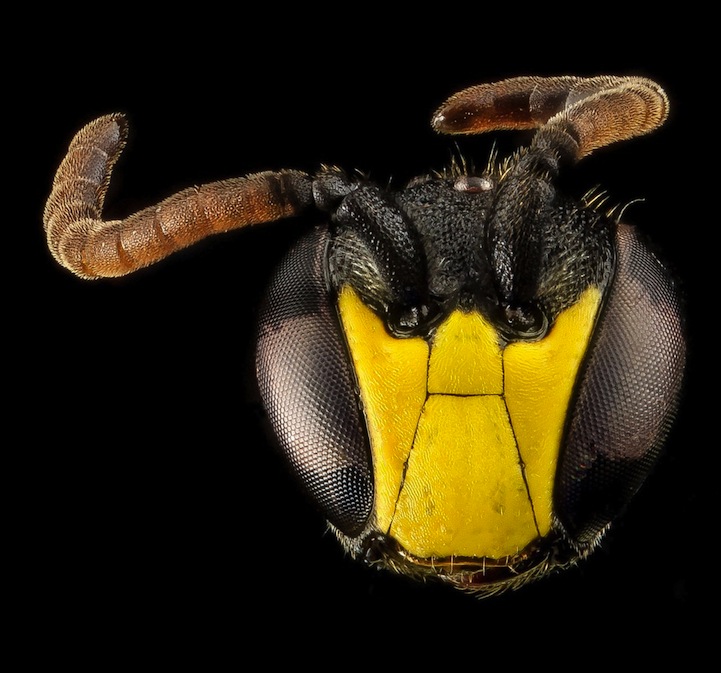 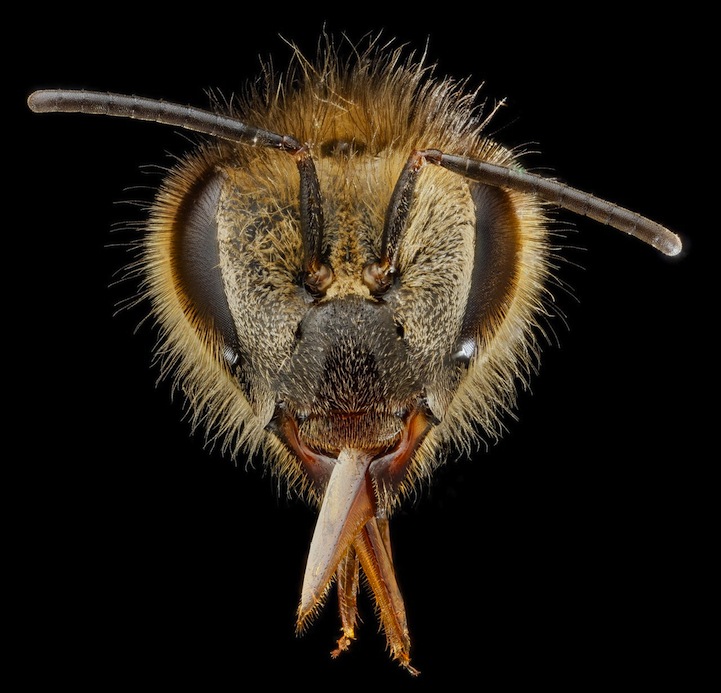 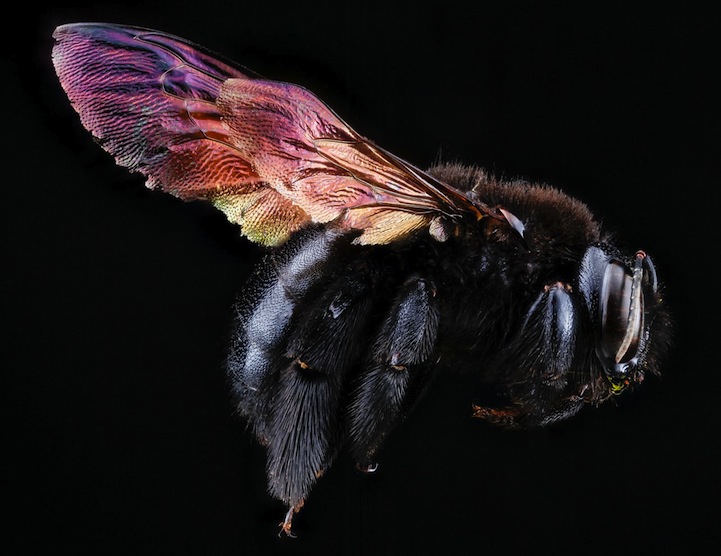