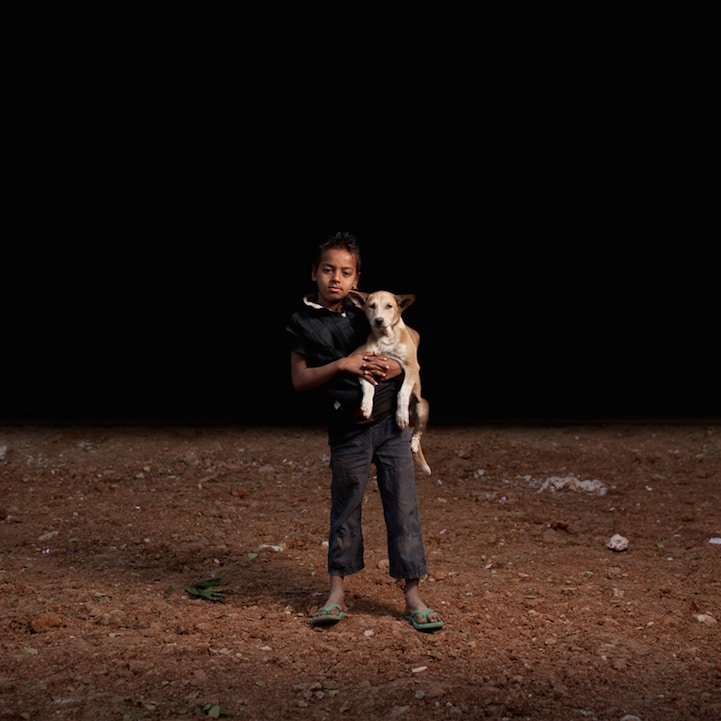 As any pet owner knows, animals come into our lives and can quickly become a part of our family. Photographer Sam Edmonds captured this sentiment in his series Robindra Boys, which centers on a community of young street children living in Dhaka, Bangladesh. They were separated or orphaned from their parents and have forged a close-knit family with their adopted dogs, living in a park called Robindra Shorbod. There, the boys sell recyclable plastic containers for food which they lovingly share with their furry friends named Tiger, Romeo, Bullet, Kula, Moti, Michael, Tom, Jax, Lalu, and Bagha.

For each of these portraits, Edmonds instructed the boys not to pose; they entered the frame with their dog and the shutter was released. What results are candid depictions of companionship between species. The tender images showcase the pairs leaning on each other and many of the boys hugging their dogs close to their bodies. You can see that they really care for one another as family.

Edmonds met the boys while visiting Bangladesh and through Obhoyaronno, a non-governmental organization (NGO) that’s committed to changing the widespread killing of street dogs that’s prevalent throughout the region. They are dedicated to humane treatment and saves lives by spaying, neutering, and vaccinating animals before returning them to exactly where they were found. The boys’ dogs are among those that were helped thanks to this organization. 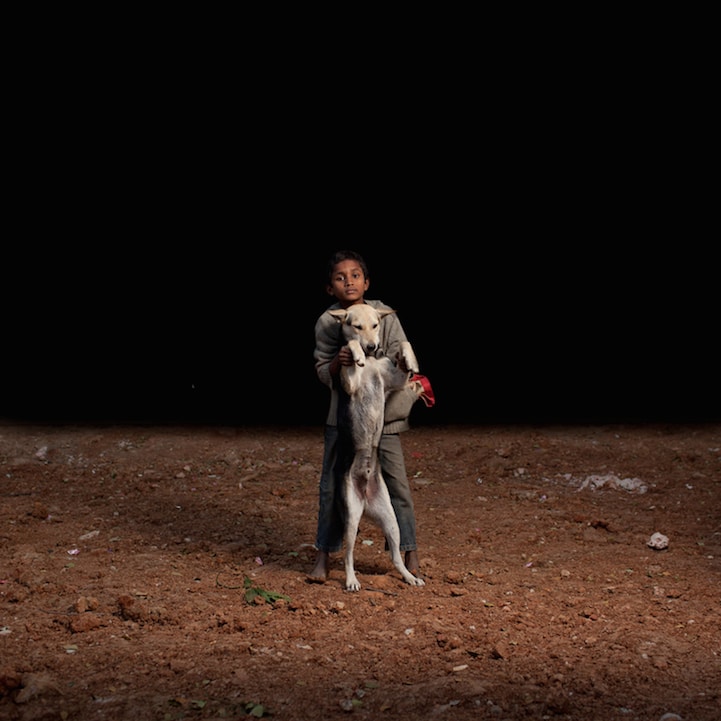 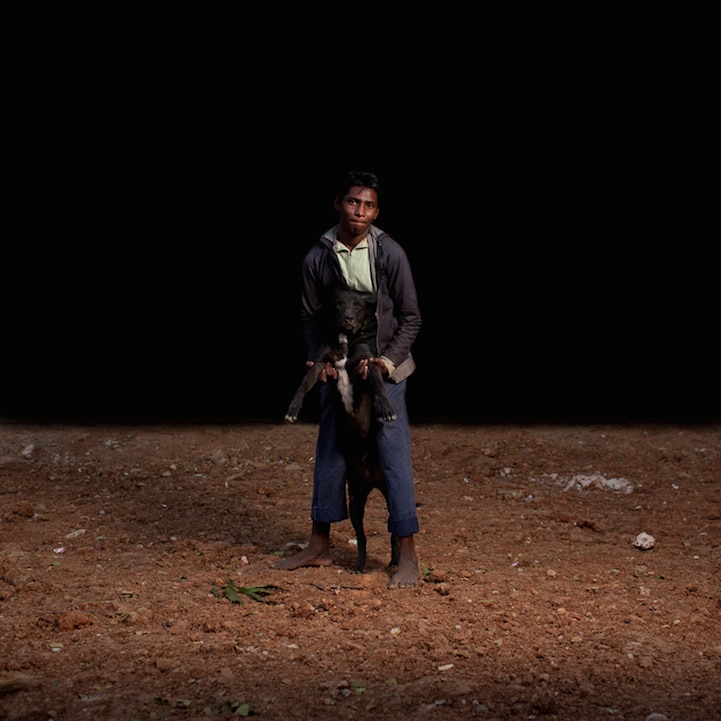 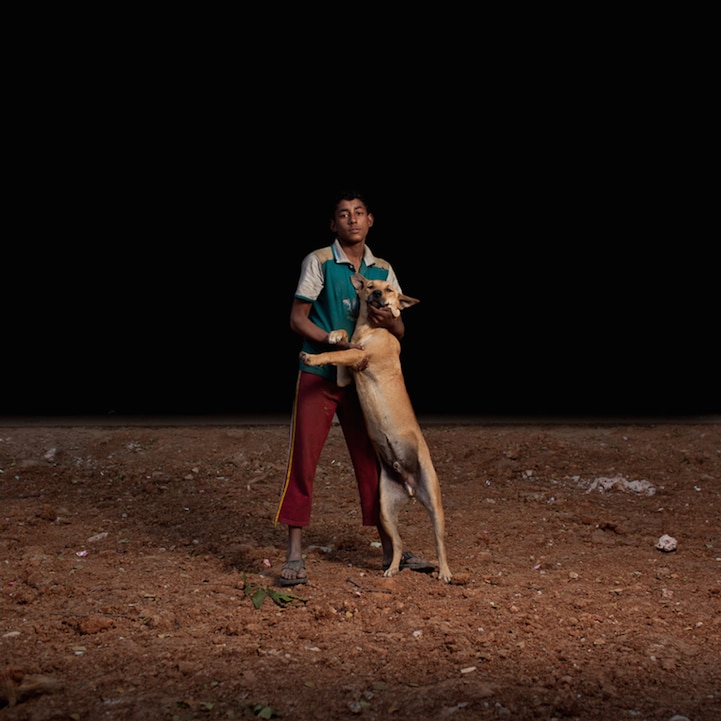 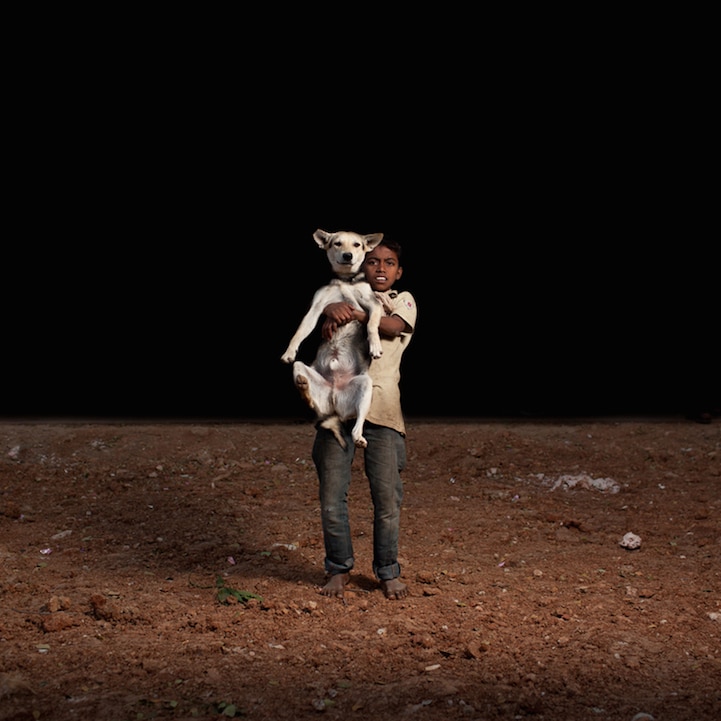 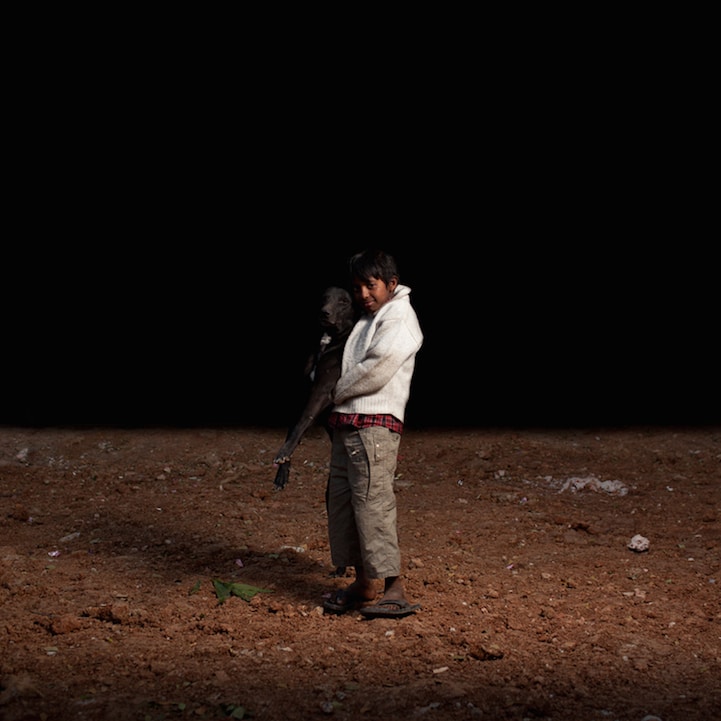 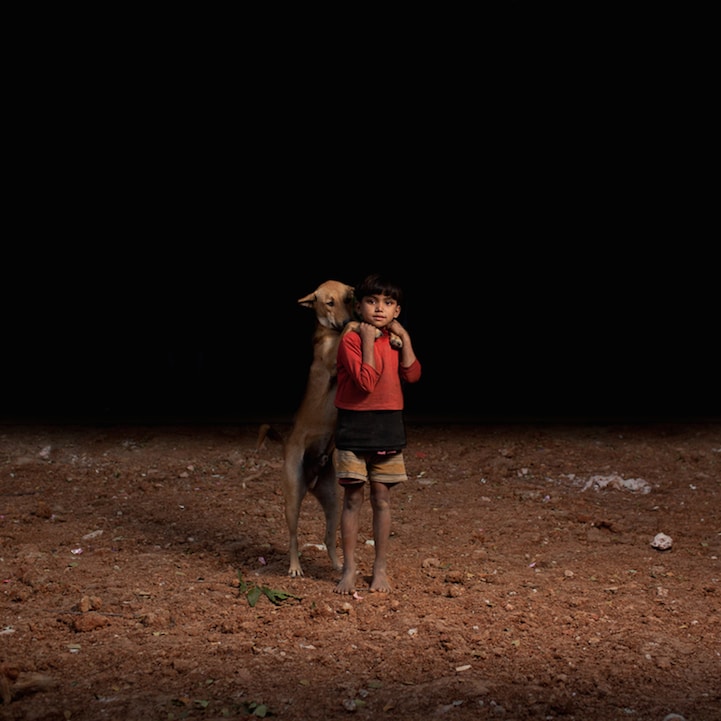