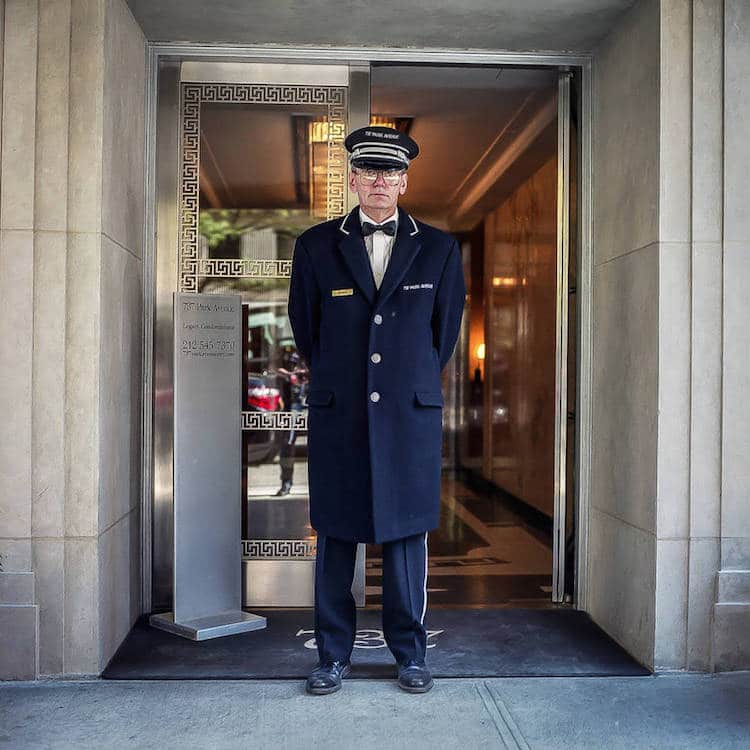 Doormen in Manhattan might just be some of the most unassumingly powerful people in the city. They're asked to play the role of concierge, valet, and even maid. But with great responsibility comes great power—they often have access to the most private and privileged information of their wealthy residents. The presence of a doorman in residential buildings and hotels not only provides safety, but also signifies luxury and status. Sam Golanski, a Polish photographer who spent some time in New York, fell in love with the idea of the doormen and pays tribute to these unofficial Manhattan anthropologists through photographs.

In this particular series, Golanski decided to portray these New York hall stewards in a candid and dignified way. “These guys are rare trade and you won’t get this job online,” Golanski told Metro. “Some are second generation doormen passed from their fathers.” Golanski shares the process of capturing these doormen on film. “It is tricky to photograph them as by law they are should not be standing outside of the buildings, so it took me a while to convince them to be part of this project. I don’t think they have ever been photographed before.”

Before becoming a photographer, Golanski held a wide range of jobs that involved menial labor. It allowed him to appreciate the often-overlooked workers who provide crucial services in people’s daily lives. Some of his previous occupations include: chef and kitchen assistant; DVD rental customer adviser; digital camera salesman; fruit and vegetable processing plant worker; forklift driver and warehouse operative; forest worker; and window fitter. Since then, Golanski has made his home in Manchester, UK with a portfolio focusing on obscure and inconspicuous everyday spaces. You'll find abandoned industrial areas, street corners, as well as offbeat American cars in his body of work.

The building doorman is an overlooked hero of luxury buildings in New York City, but photographer Sam Golanski shines a light on them. 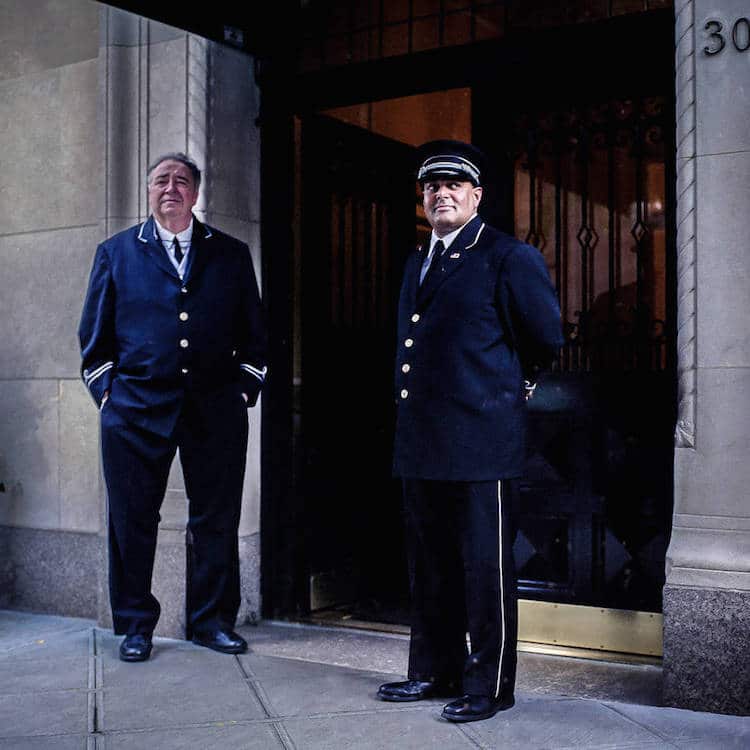 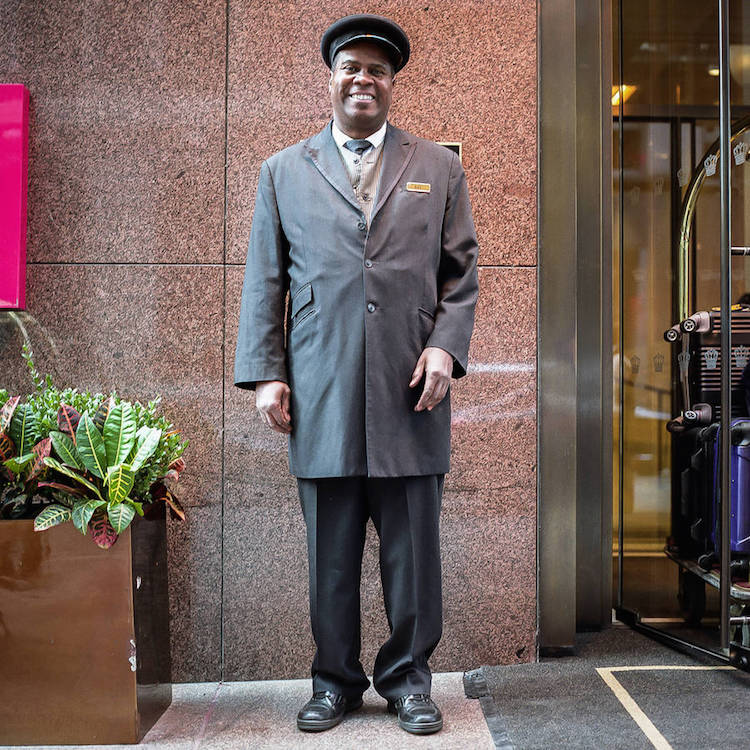 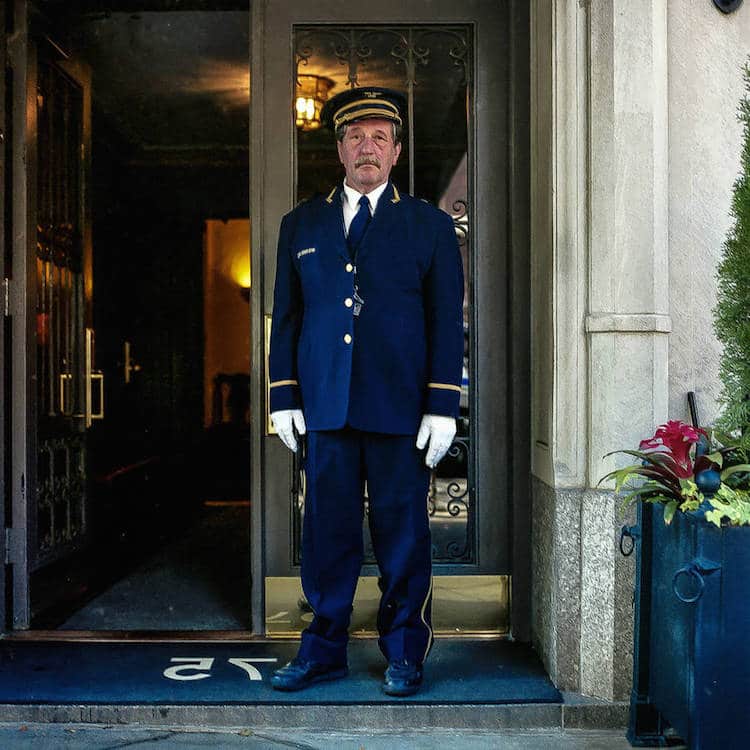 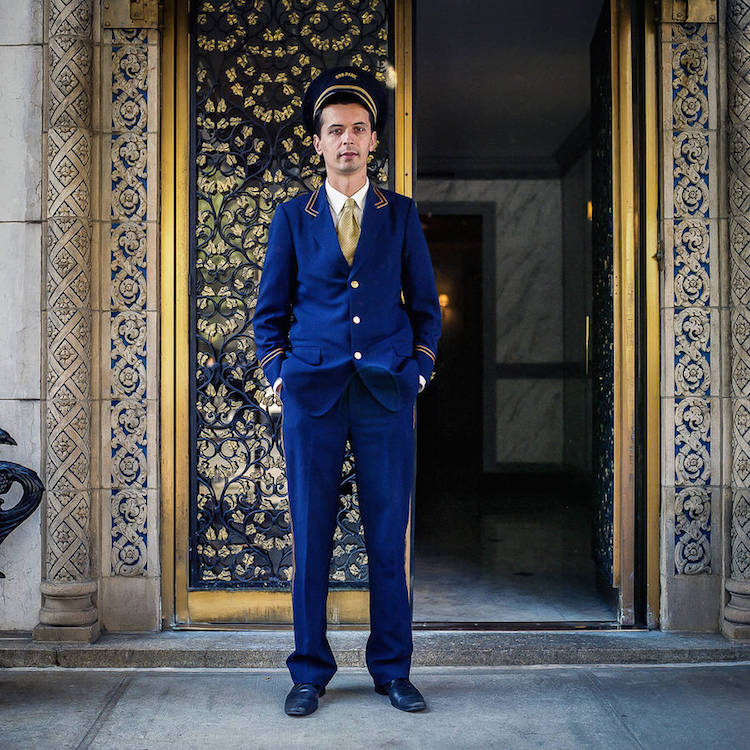 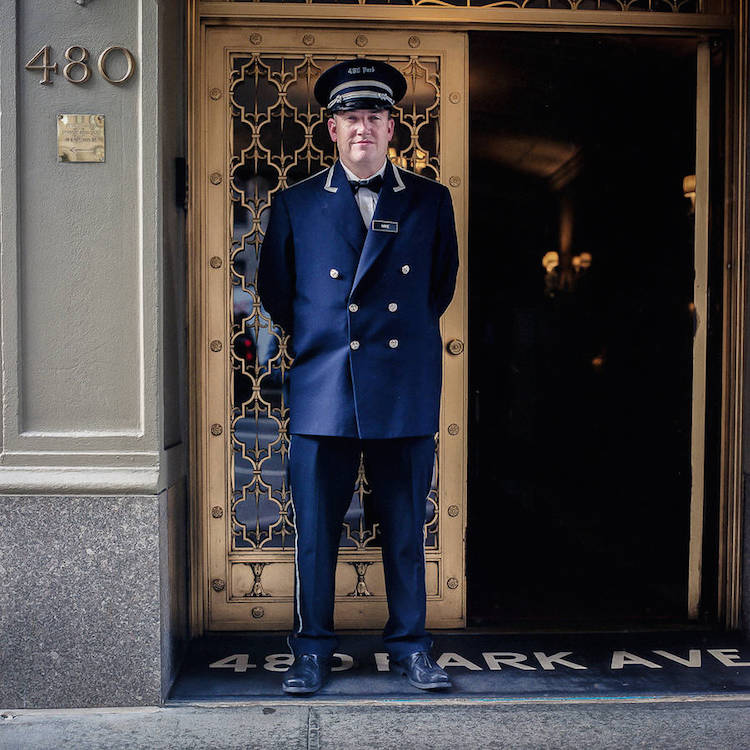 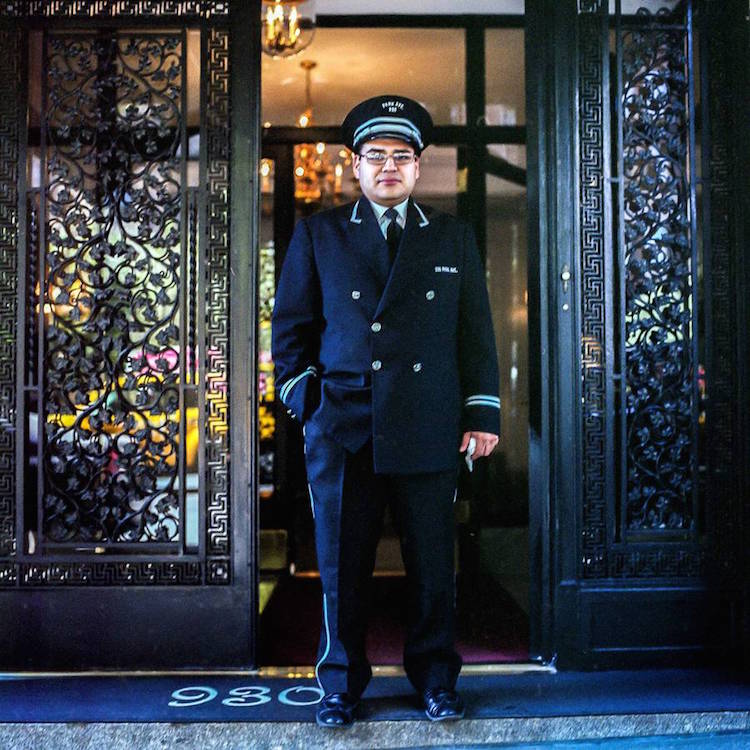 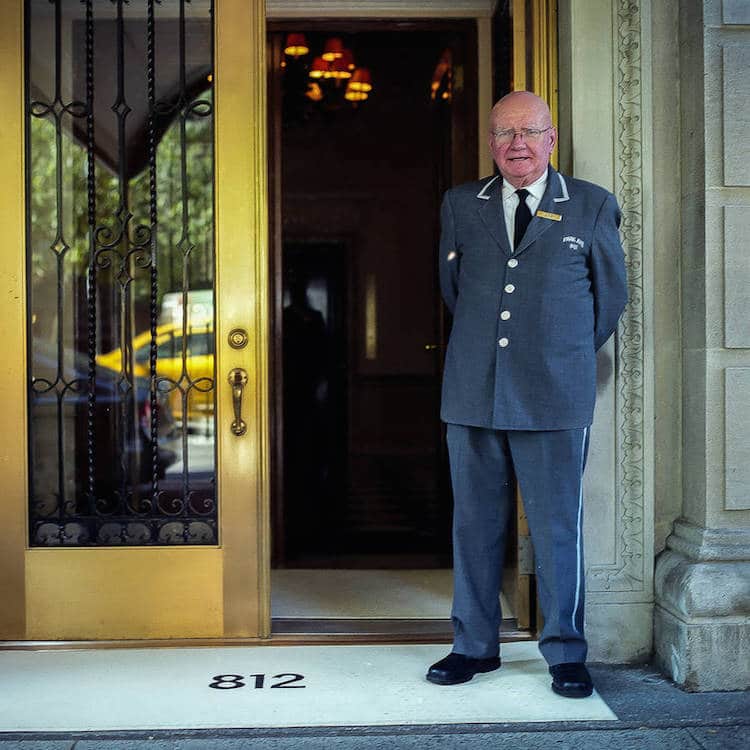 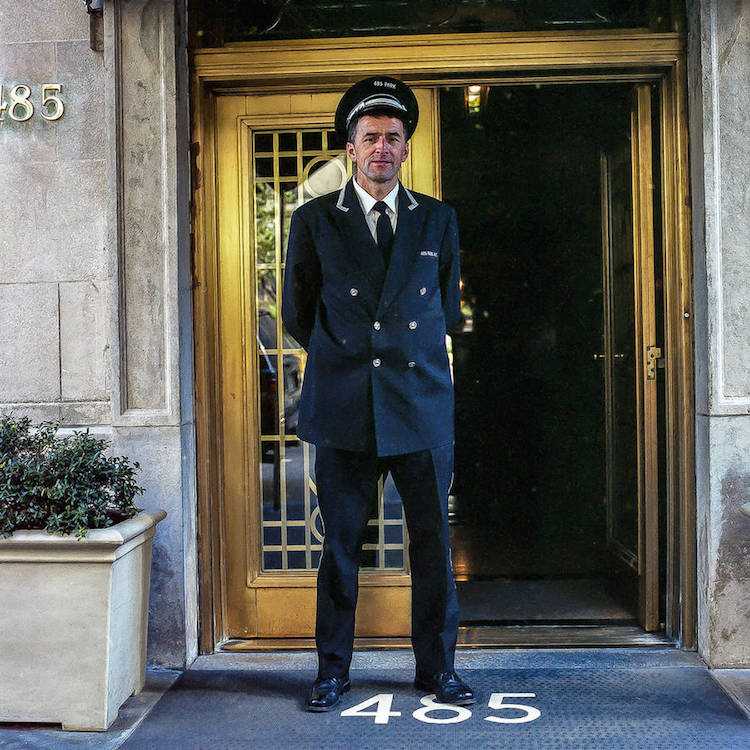 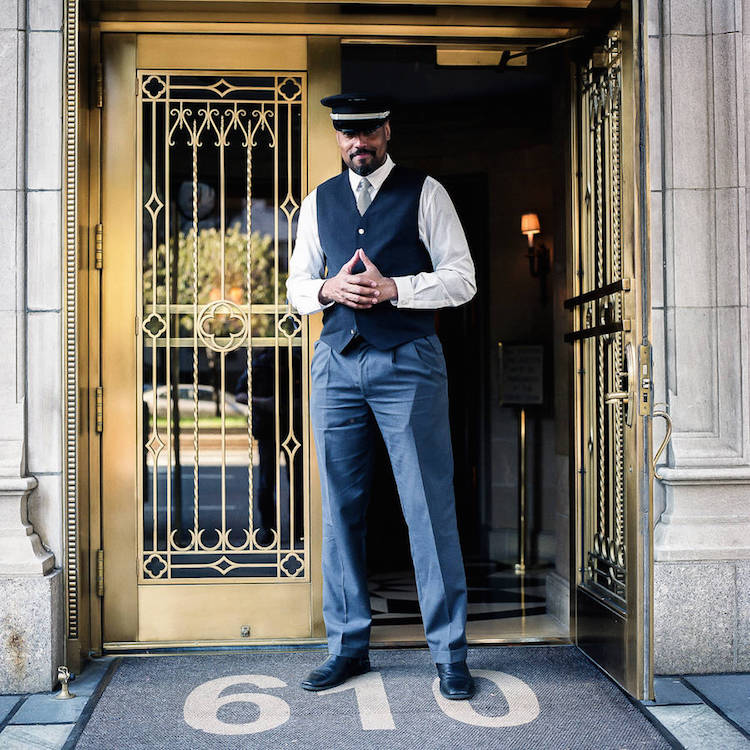 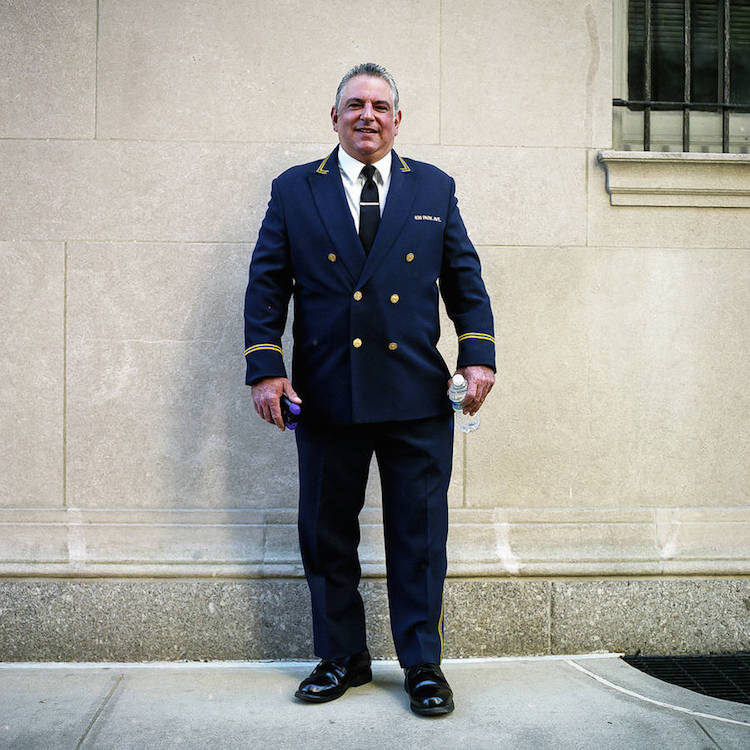 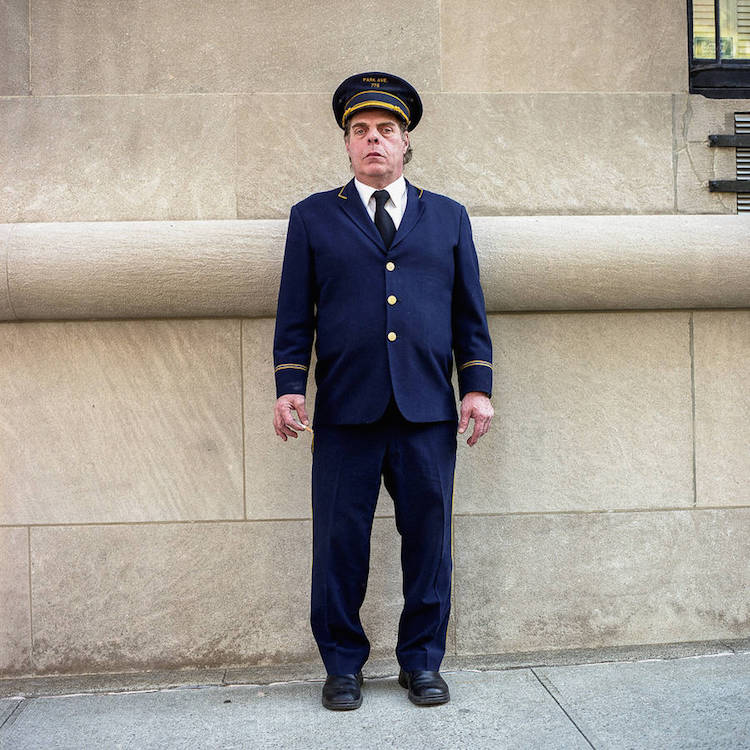 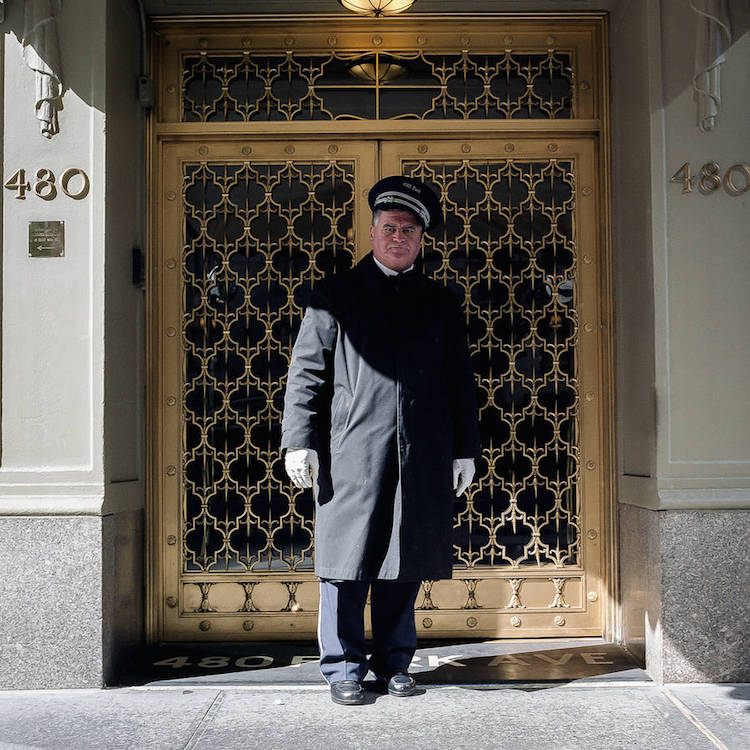 All images via Sam Golanski.