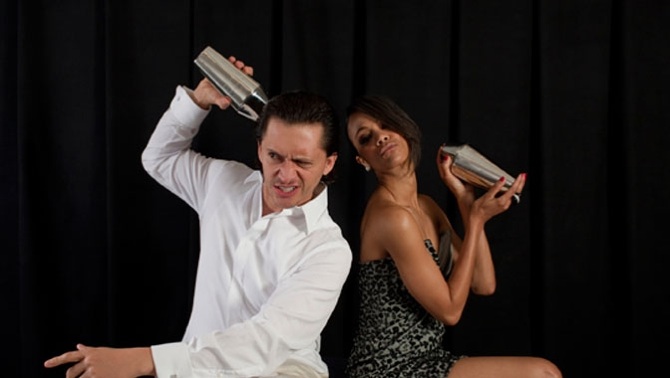 This post is brought to you by Saab. At Saab, we believe in independent thinking. It's in everything we do. Learn more here.
Last night, Eugene and I attended our second major SFIFF event which was held at the swanky W Hotel in San Francisco. (See first event here.) The Midnight Awards were created in 2007 to honor a dynamic young actor and actress who have made outstanding contributions to independent and Hollywood cinema and bring intelligence, talent and depth of character to their roles. Its past year winners include some of the hottest talent in Hollywood like Evan Rachel Wood, Elijah Wood, Rosario Dawson and Sam Rockwell.

This year was no different as the SFIFF honored the beautiful and talented Zoe Saldana (Avatar, Star Trek, Vantage Point, Pirates of the Caribbean: The Curse of the Black Pearl, The Terminal) and the chameleon-like Clifton Collins, Jr. (Capote, Traffic, Rules of Attraction, Menace to Society, The Replacement Killers). 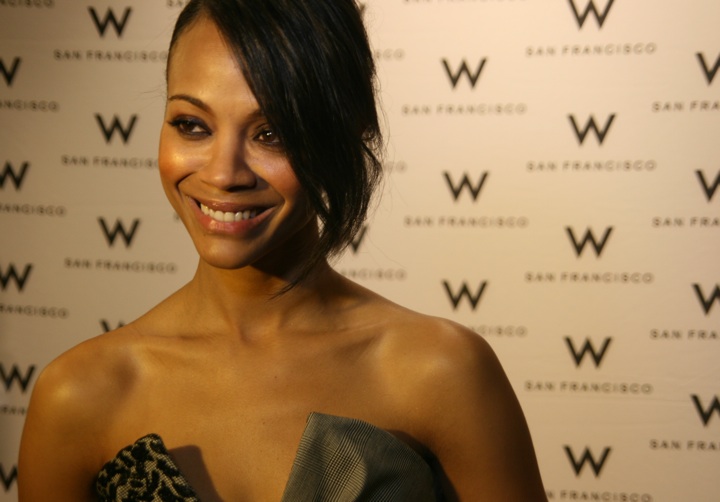 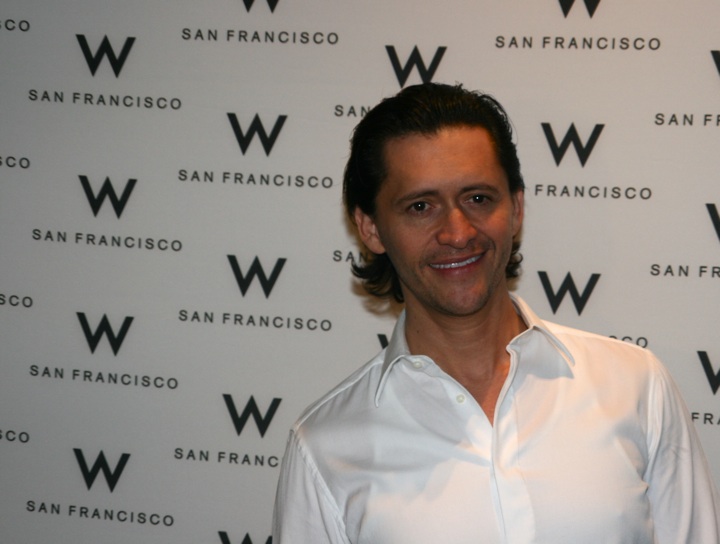 New York Times best-selling author Beth Lisick played host as she talked one-on-one with the actors, showing video montages of their work and then fielding questions from the audience. Like Bravo TV's Inside the Actors Studio, the event felt incredibly intimate which allowed the actors to really open up.

Most surprising (and touching) were the stories both Saldana and Collins openly shared about their past experiences.. 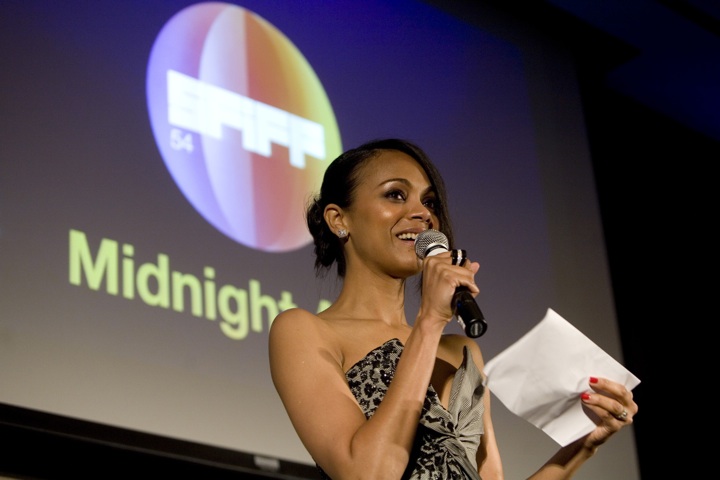 “I'm from Queens, New York, so in my mind I have this notion that I'm this badass,” Saldana said in a half-joking way. “I sort of gravitate naturally towards those roles that resemble women that I've known in my mind and throughout history that I've admired. When I was growing up as a kid, I was never the damsel in distress for Halloween. I was never a princess. I was never Juliet. I was Ellen Ripley or Sarah Connor.” She added, “I'm a very dominant alpha male deep down inside.”

For those that unfamiliar with Saldana's background, she was a dancer for ten years (particularly ballet) before she made the transition to acting. This next chapter of her life only began after a long and hard realization. “(As a dancer) I had extended my physical ability to its fullest and I knew I didn't have the physical talent to become a principal in any company,” she said.

When asked about her most challenging role to date, Saldana was quick to confess that it was Neytiri in Avatar.

“For Neytiri, it took me five months to get the part. It took me seven months to get her to come to life, and then it took me two years to shoot her. So, I spent the most time with her. She actually became my best friend.”

She hilariously adds, “After I was done shooting Avatar, I would be home and at a typical dinner with my family and they'd ask me if I wanted onion with my potato and I would ‘hiss' (like Neytiri). And I remember my mom would go, ‘I can't wait until Neytiri leaves.'” 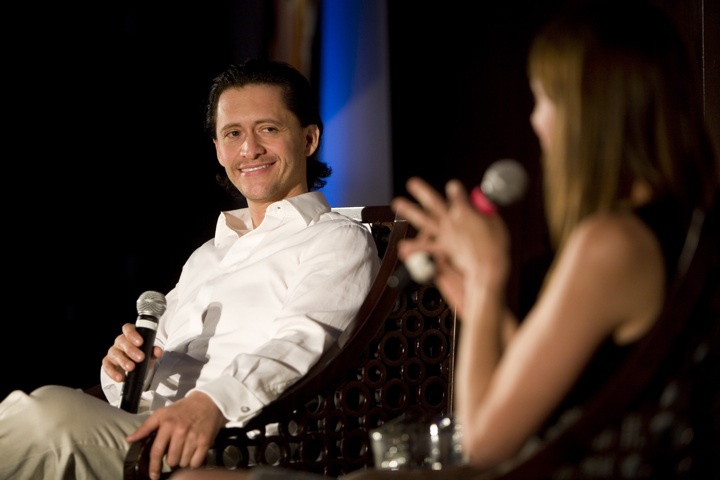 After Saldana held the stage, it was Clifton Collins Jr.'s turn. Collins is one of those actors that can take any role and make it memorable. He's worked extremely hard to get to where he is, almost never turning down a role but rather seeing each one as an opportunity to really flex his creative muscles. ” “I've got to be honest. I didn't turn down a whole lot of stuff until I was established,” he said.

One of the best moments of the night was when an audience member asked him what he wanted to be when he was younger. Collins brought down the house as he said, “Funny you say that. I think we're all actors, whether you're acting for your wife, your husband, a cop, or you're lying about your homework. I mean, how often are you 100 percent honest?” He adds, “With that said, I was kind of always the class clown, getting attention. I just didn't know there was an occupation called actor, where I could make some money and pay my rent and help my friends out.”

Overall, the SFIFF Midnight Awards was a wonderful reminder that an artist can be anything – a photographer, a designer, an illustrator, a writer, and even an actor or actress. Separately during the night, both Saldana and Collins referred to themselves as “artists” and though that may seem aloof or pretentious, it was actually quite the opposite. To see two hungry, hardworking and determined people succeeding at their craft, you can't help but be inspired no matter who you are. There was a fearlessness to them, an ease that could have only been brought about, not just by their tremendous success, given their age, but by overcoming failure and letting go of rejection.

Throughout the night, there were a countless number of great stories that were told, but the best and most inspiring one came at the end of Saldana's time on stage. She shared a piece of advice that she received years ago. While working on The Terminal with Steven Spielberg, she was told this by the critically acclaimed director, “In order to know who you are, you need to know where you came from.” Her take away? To study our past and acknowledge that those who've come before us have given us a foundation for our future.