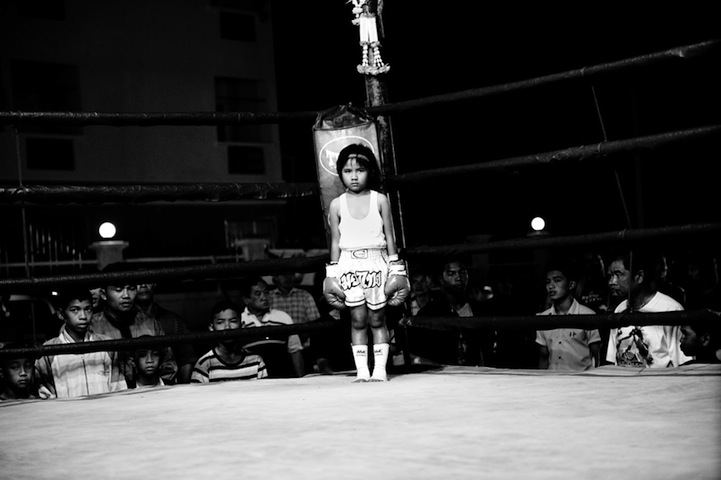 Die Kampfkinder, roughly translated as Fighting Kids, is an eye-opening series by German photographer Sandra Hoyn that takes a look at children as young as 6 years old who have been thrown into the ring to compete in Muay Thai matches. The images give a glimpse of the lives of these tiny warriors who have been slated to duel their peers in front of an audience.

It was while on a trip to Thailand in 2011 that Hoyn initially discovered the commonality of children engaging in the full-contact sport. She found out that a competition was taking place nearby Bangkok and opted to attend. Witnessing small children as contenders quickly sparked her interest as a photojournalist to share their story, give them a voice and offer insight into their world. She managed to spend four weeks with the children at their home, during training, and at competitions.

Despite one's immediate recoiling reaction to the idea of having 6-year-olds fight each other, Hoyn surprisingly says, “The most shocking thing for me was to see the pressure on these children. They are the instrument for the parents to earn money, and they have to win the fight because the parents bet a lot of money on them. A lot of people lose all their money in one night.”

While the world may recognize the physically demanding sport of Muay Thai as a intense form of boxing that allows competitors to make use of their “eight limbs” (including elbows and knees), most are unaware of how young these athletes begin their training and the monetary incentive behind it for their poverty-stricken families. Being that there is no age minimum and that it is absolutely legal for children to take part in these fights in Thailand, the career of a fighter begins at an early age and often comes to an end in their mid-20s. 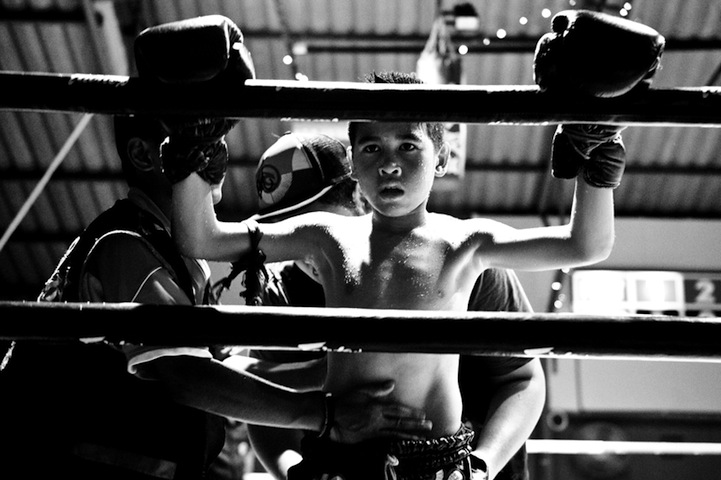 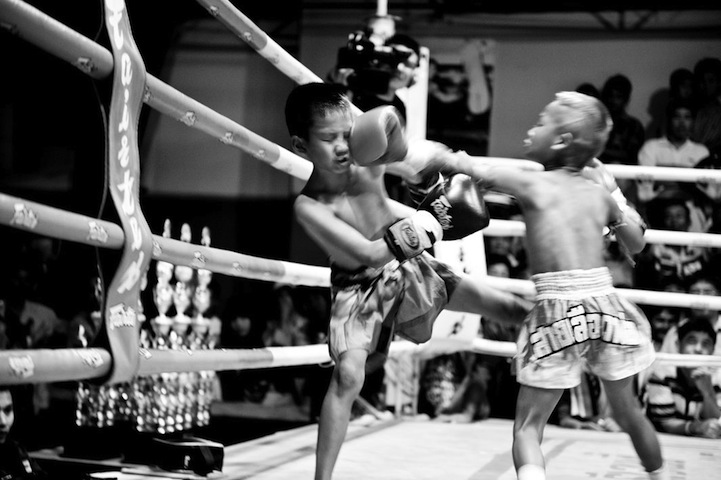 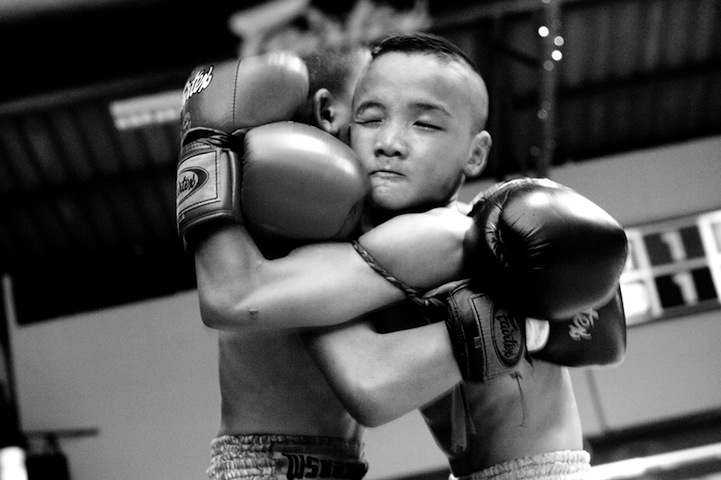 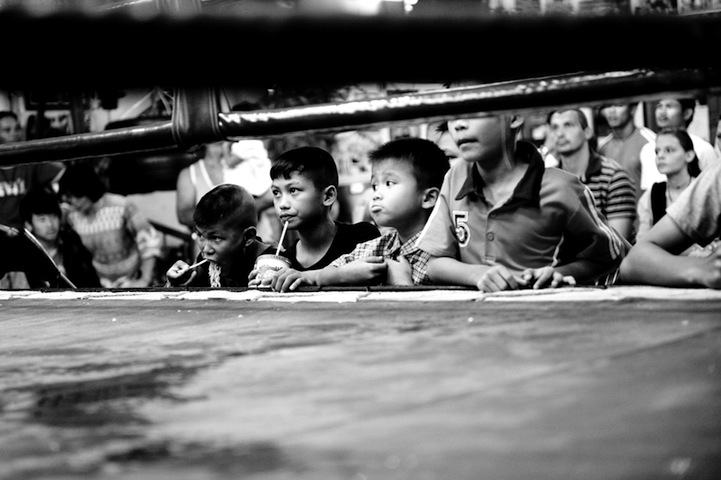 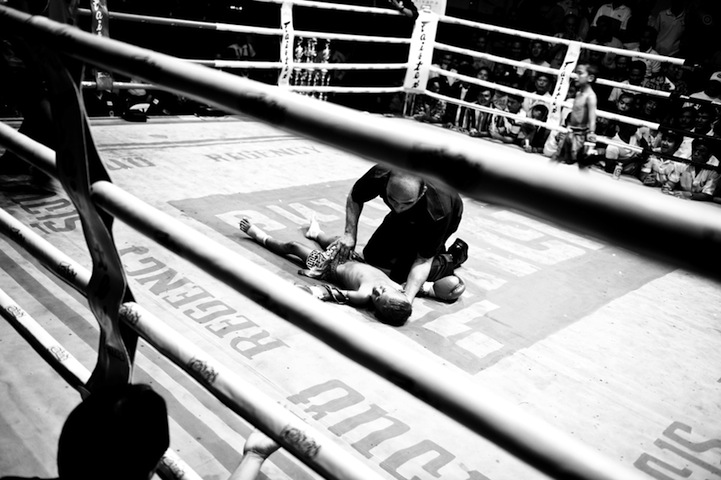 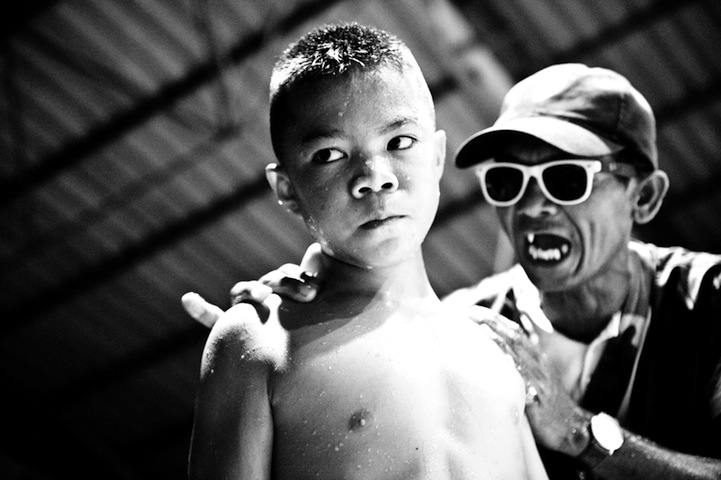 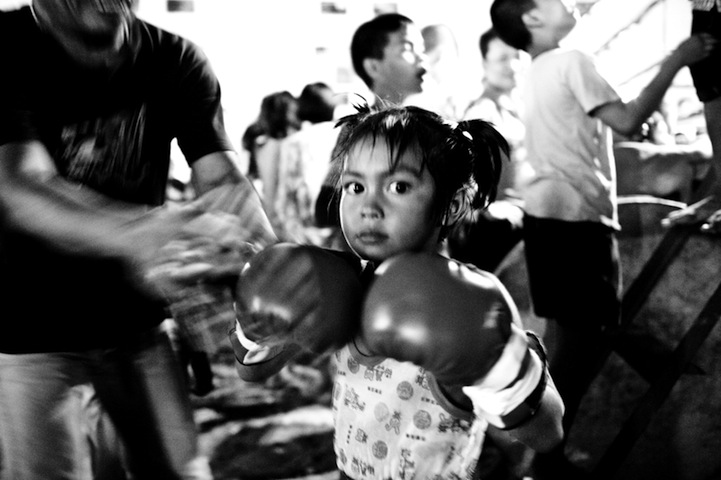