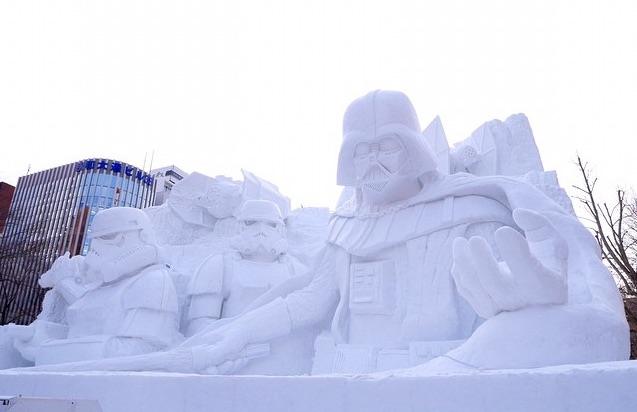 May the force be with you! The 66th annual Sapporo Snow Festival kicked off today and the most impressive snow sculpture of all features Darth Vader, his three stormtroopers and TIE fighters. This Star Wars snow sculpture was created by Japan's army troopers, or the 11th Brigade of the Ground Self-Defense Forces, using a set of bulldozers. For almost a month, the army moved 3,500 tons of snow to create this enormous, 23 meter wide, 15 meter tall piece of art. The design was approved by Lucas Film Ltd, who, no doubt, saw this as a great way to promote their upcoming film, Star Wars: The Force Awakens, which opens in theaters December 18, 2015.

The Sapporo Snow Festival is one of Japan's largest winter events, attracting more than 2 million visitors a year. The week-long event showcases more than 200 sculptures made of ice and snow. Lucky for us, Instagrammers have already flocked to the site, snapping these great photos of the Star Wars snow sculpture for all of us to see. As one Instagrammer writes, “This huge Star Wars sculpture is completely made from snow. Seriously cool!” 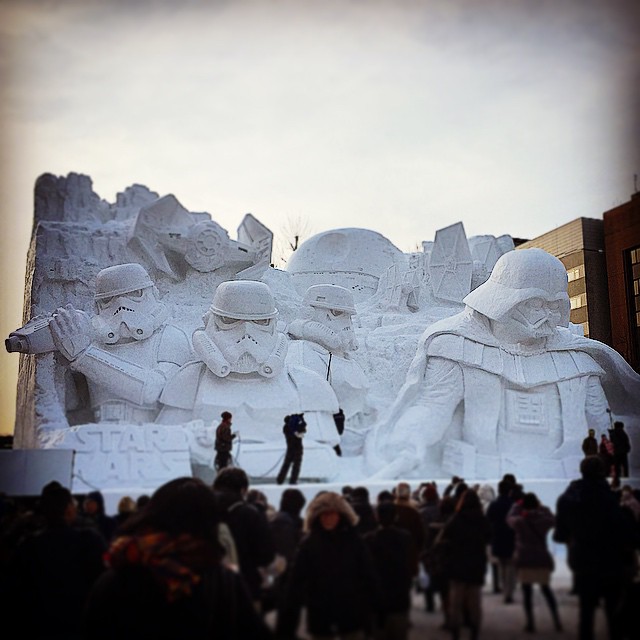 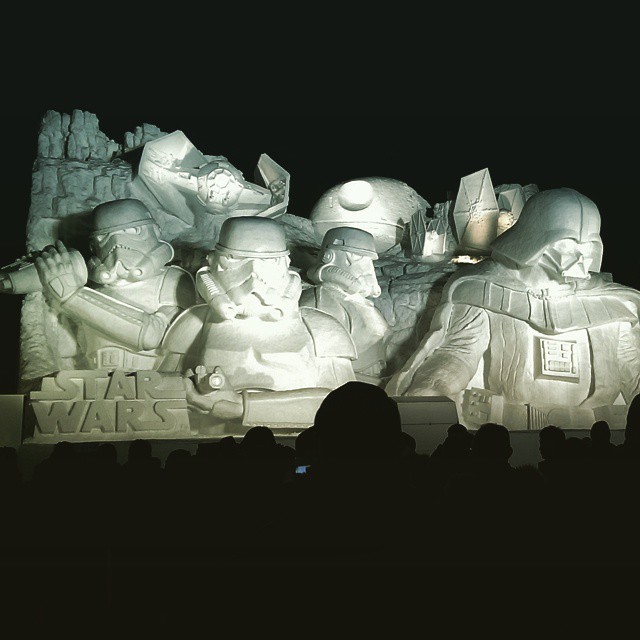 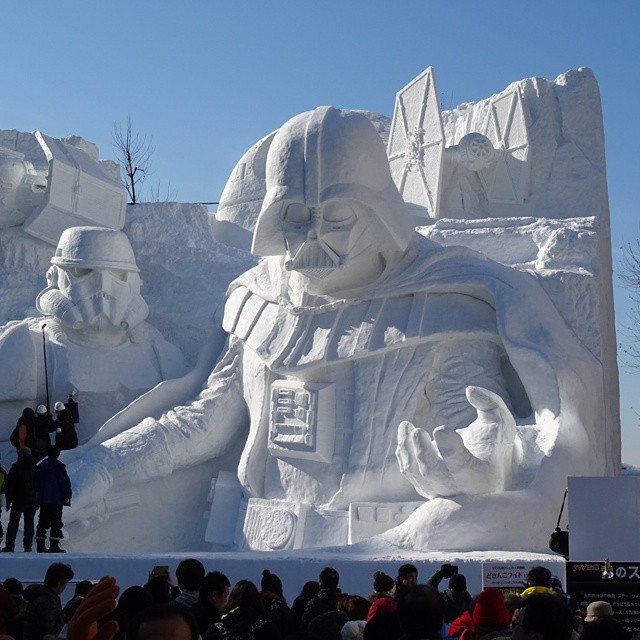 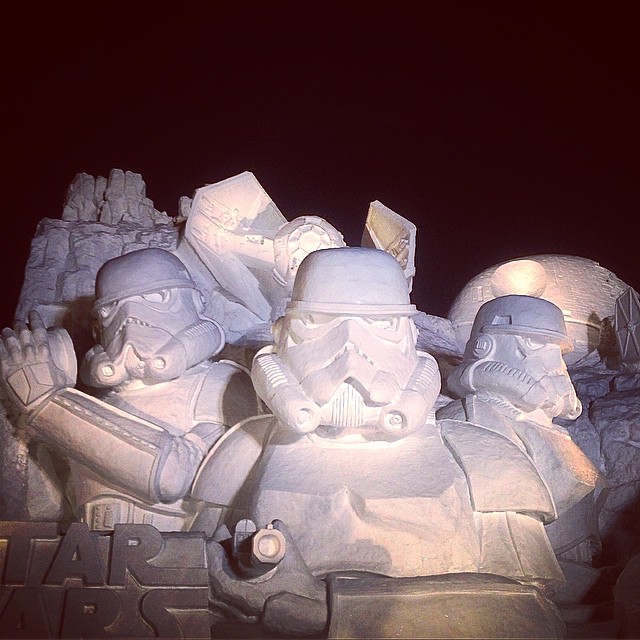 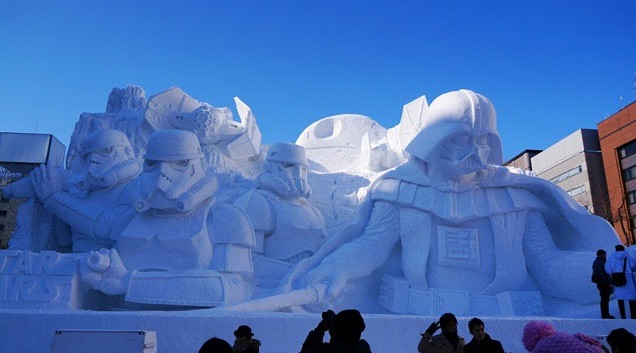 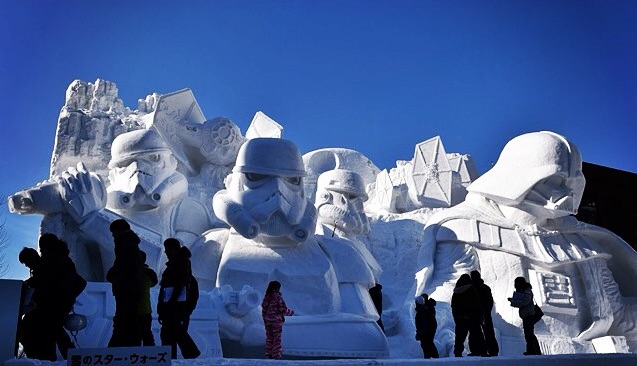 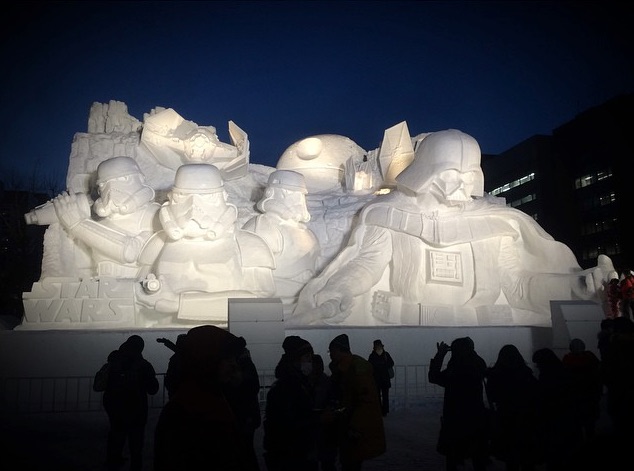 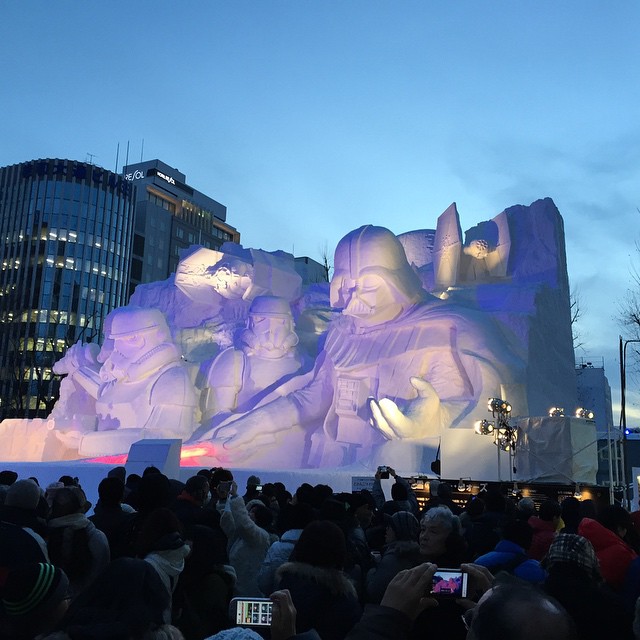 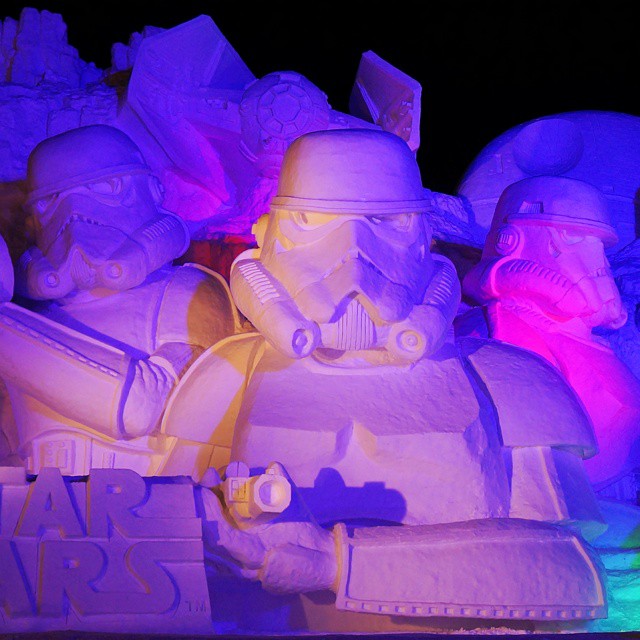