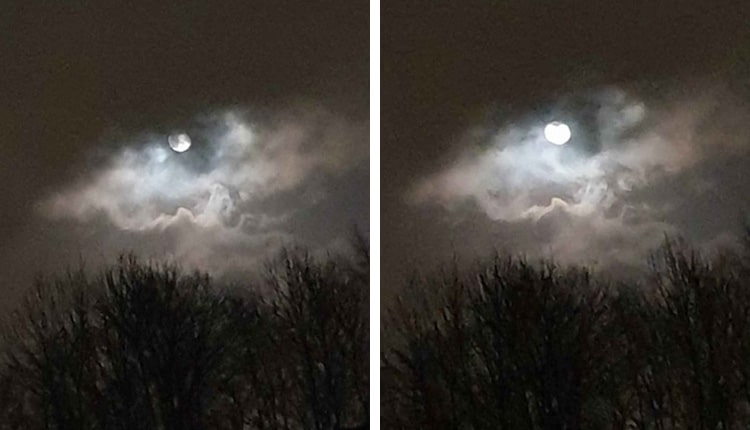 When Sarah Hodges looked out her window on the night of February 11, she saw a spectacular sight. Storm Ciara, a period marked by strong winds and torrential rain, had offered a moment of reprieve around 9:30 PM that night. During this time of peace, a cloud formation moved away from a full moon and a pale blue iris watched over the landscape. It was a literal “eye of the storm” staring back at Hodges.

Hodges was in the right place at the right time to snap the photos. She is a baker by profession and not a photographer; she captured all of the images on her Samsung S9 phone. Hodges realizes how fortunate she was to have done so. “I know I got lucky, people spend thousands on cameras to get the perfect shot,” she says. “I feel overwhelmed and proud, as it’s a once in a lifetime shot… which I do understand.”

Hodges shared the images on Facebook where they went viral and have nearly 20,000 shares and counting. People across the world are marveling at the surreal sight and sharing their own interpretations of it. Hodges welcomes it. “I’ve had comments from all over the world,” she wrote in a comment thread. “It's amazing!”

Sarah Hodges captured this literal “eye of the storm” in a calm moment after Storm Ciara. 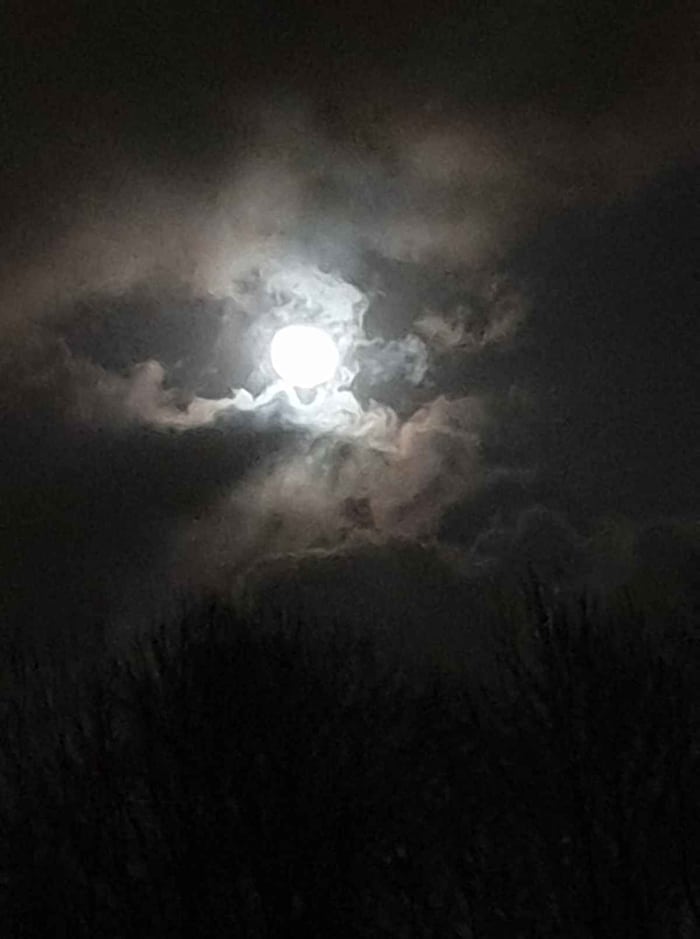 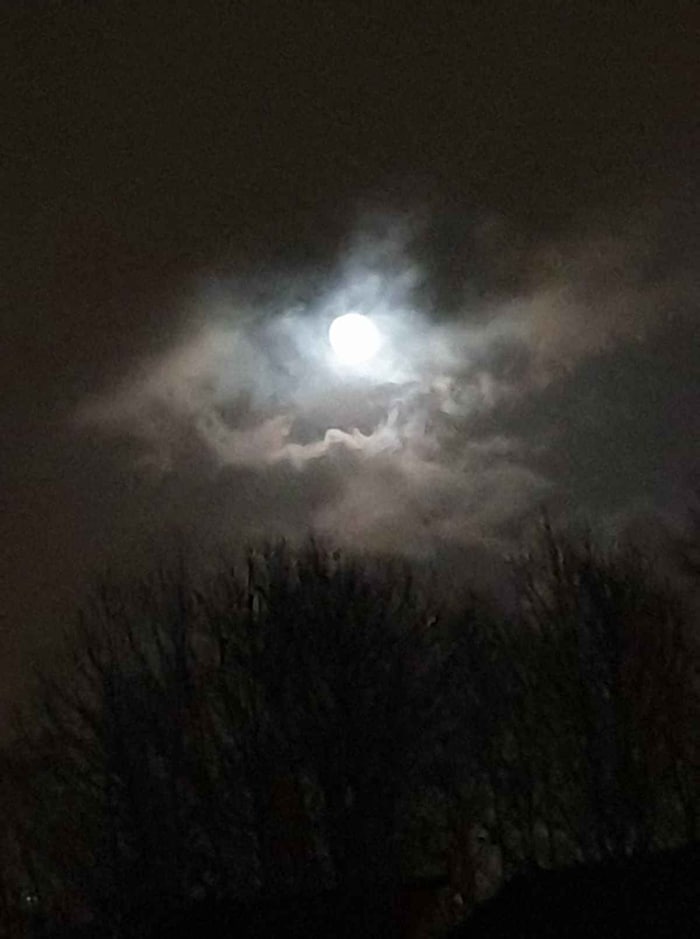 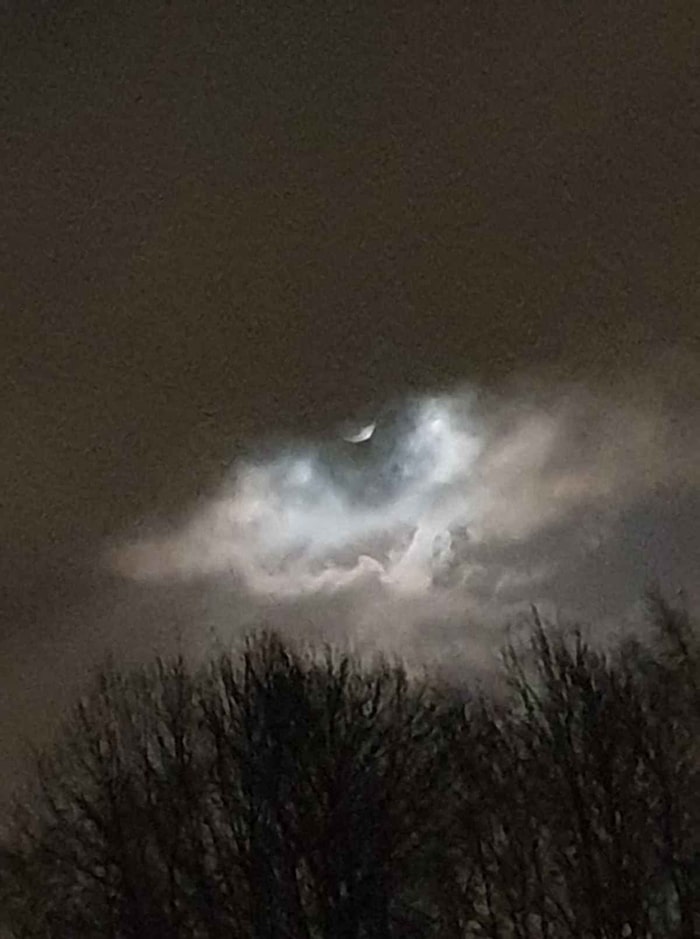 Pilot Reveals How Dramatic Thunderstorms Look From Above the Clouds

Pilot Captures Incredible Shot of Thunderstorm Over the Pacific Ocean