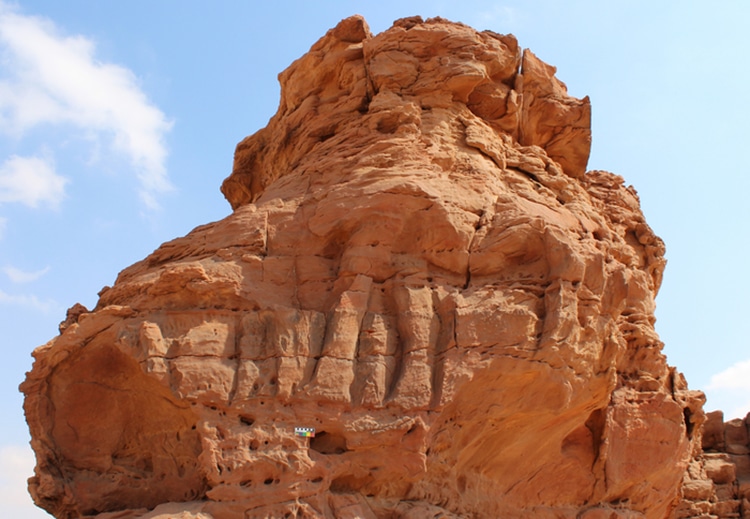 In 2018, archeologists discovered large life-sized camels sculpted into rocks in Saudi Arbaia. At the time, the high-reliefs were thought to be about two millennia old. However, a recent paper published in the Journal of Archaeological Science announces a surprising discovery. These camel sculptures—known as the Camel Site—are in fact between 7,000 and 8,000 years old—older than the Pyramids of Giza and Stonehenge.

Although the camel sculptures have been known for several years, only recently was a team of 14 scientists from Europe and the Middle East able to shed light on their creation. The reliefs feature several layered camels whose legs are still visible. The team used X-ray analysis and luminescence dating of the rock—as well as examination of visible tool marks—to date the statue to the prehistoric period about 8,000 years ago. Although the statues are heavily eroded, they show evidence of being re-carved over the millennia. This suggests that the site remained important to its carvers and their descendants.

Around 6,000 BCE, what is now Saudia Arabia was grasslands. The Neolithic (Stone Age) people who lived there created two-dimensional stone reliefs of animals, but researchers had not previously documented high-relief sculptures similar to the Camel Site. While prehistoric humans had already domesticated certain farm animals, camels were still wild creatures to be hunted. The reliefs appear to have swollen bellies and necks, symptoms of camels in mating season. Researchers hypothesize that the structures may have indicated fertility. Certainly, they were difficult to build with the stone tools available at the time and required some sophisticated scaffolding.

The semi-nomadic peoples of the area may have used the camels as a meeting place, returning at special times of the year. While much about the camels and their purpose remain a mystery, their age and craftsmanship make them a treasure of the ancient world. Though previously unknown, the paper's co-author Maria Guagnin says, “preservation of this site is now key, as is future research in the region to identify if other such sites may have existed.”

Researchers have discovered that carved stone camels in Saudi Arabia are actually older than the Pyramids of Giza and Stonehenge. 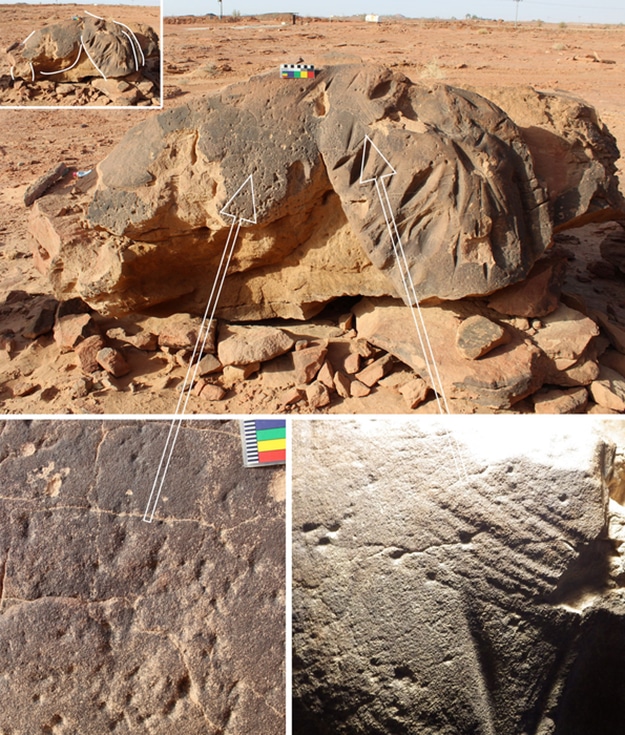 Tool marks can be seen on the lower abdomen and the upper thigh of the camel. (Photo: M. Guagnin & G. Charloux)