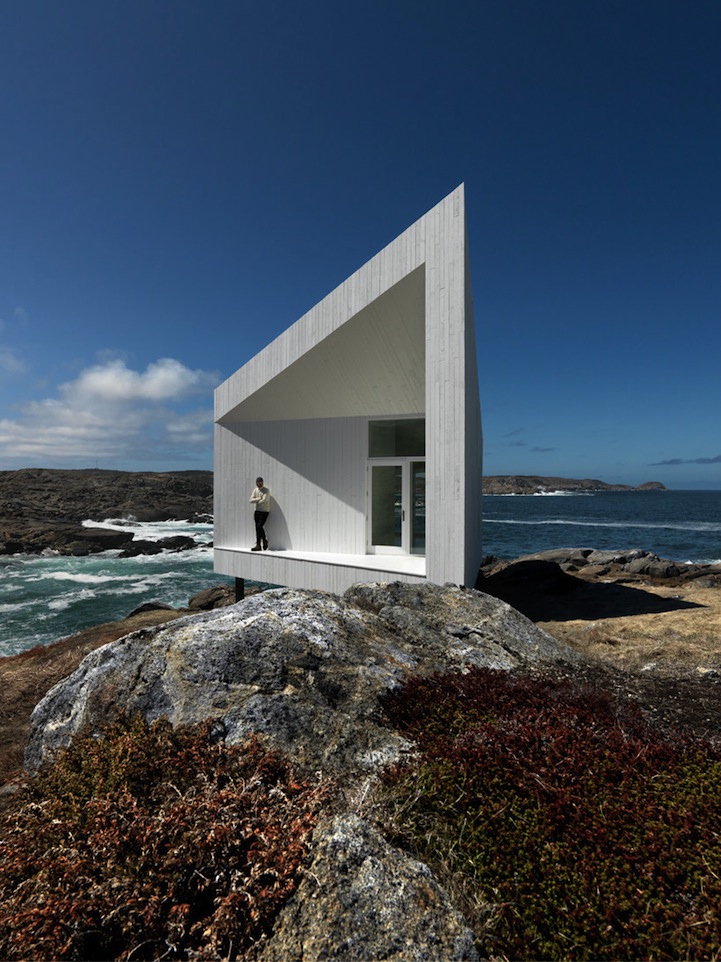 Are you an artist who's looking looking for inspiration? Look no further. One day at the Squish Studio will get your creative juices following. Located just outside the small town of Tilting on the eastern end of Fogo Island, Squish Studio sits atop a rocky strip of coastline that could rival Italy's western coast. The ground beneath the studio is so rocky and uneven that the southern end of the building is raised up by 20 feet to maintain a level floor surface inside.

Designed by Saunders Architecture, Squish Studio provides all its own heating and power. It is equipped with a compost toilet, a small kitchenette, and a wood-burning stove. Power is supplied by stand-alone solar panels, mounted on an adjacent hilltop. At night, the studio, illuminated by the soft glow of its solar-powered lighting, appears as a lantern or a lighthouse placed strategically on a rocky cliff, overlooking the North Atlantic.

“As we approach the entry of the studio we are greeted by Silke Otto-Knapp, a London-based artist and the first occupant of the Squish Studio,” reports Saunders Architecture. “Silke's quick figurative studies on paper are posted on the walls, as well as, several large scale canvasses. She is delighted to work in such an architecturally inspired space, especially when it is stormy and she can experience the immediacy of the sea and, on some days, observe the dramatic shift of the island's weather.” 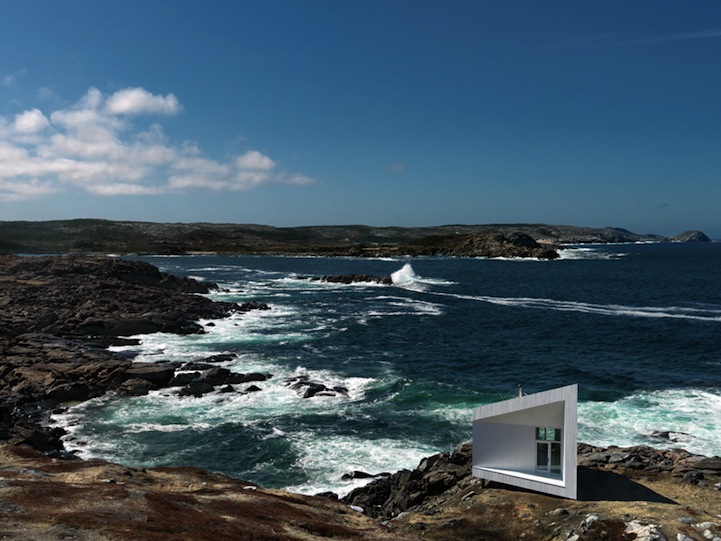 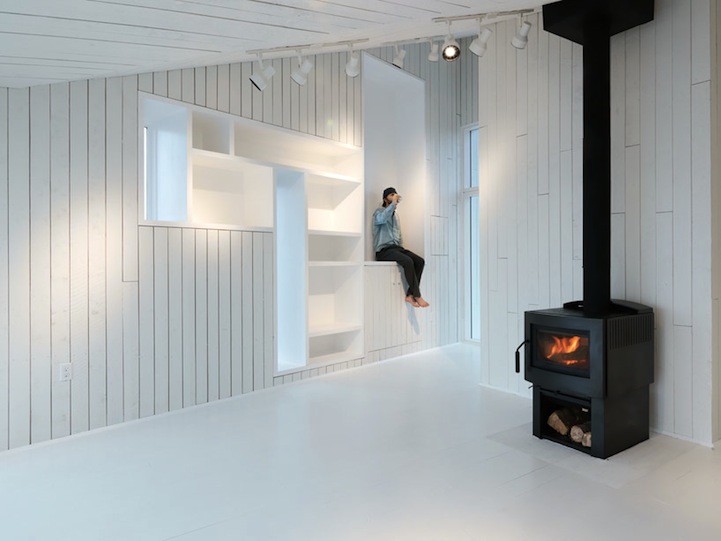 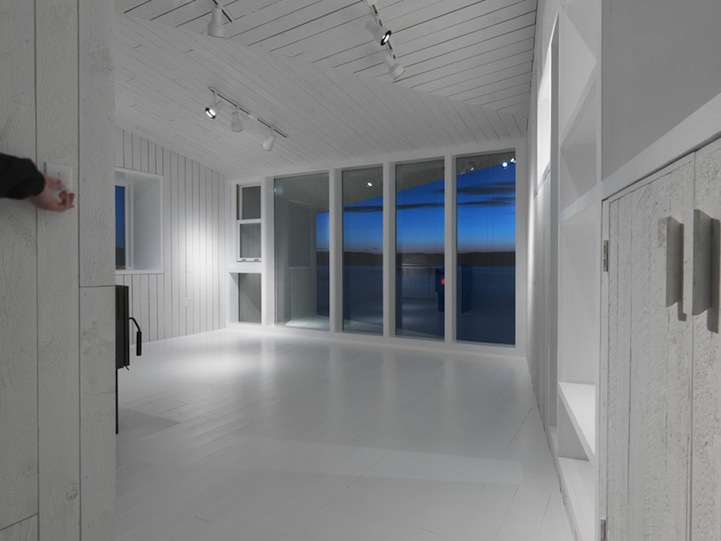 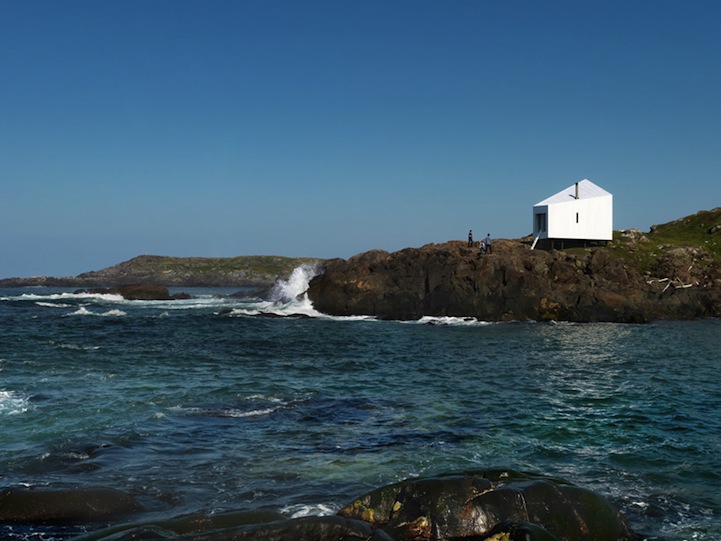 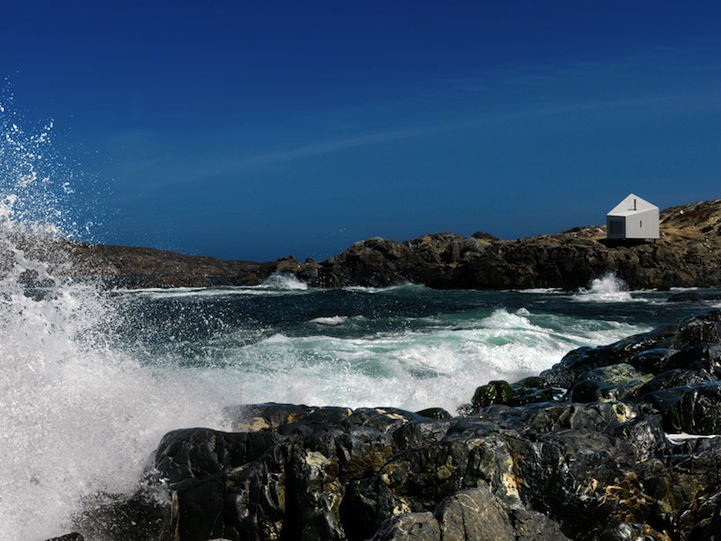 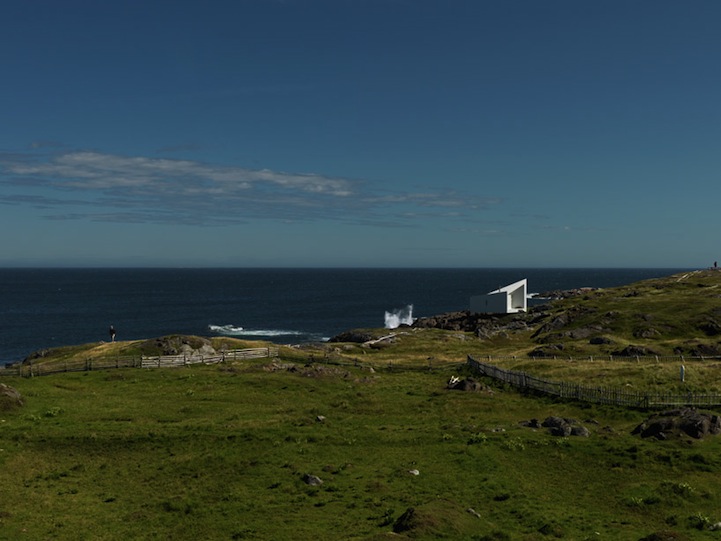 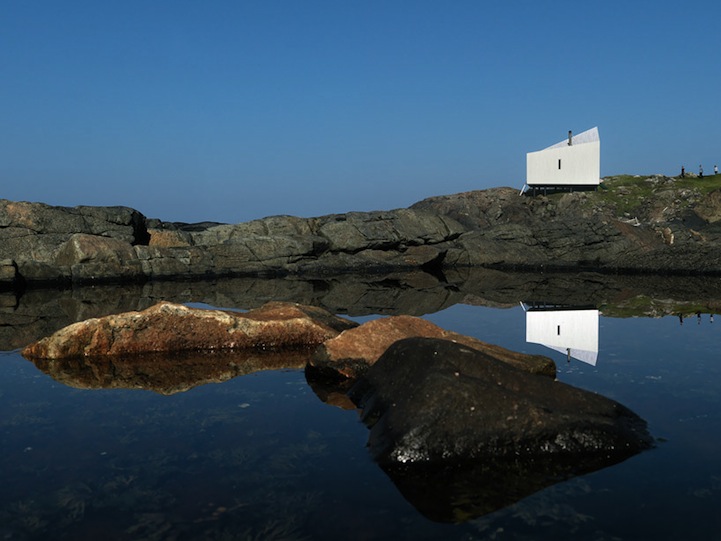 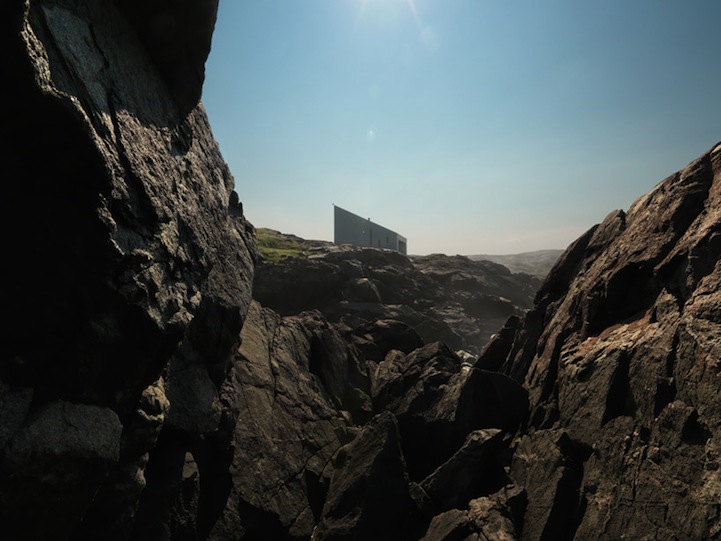 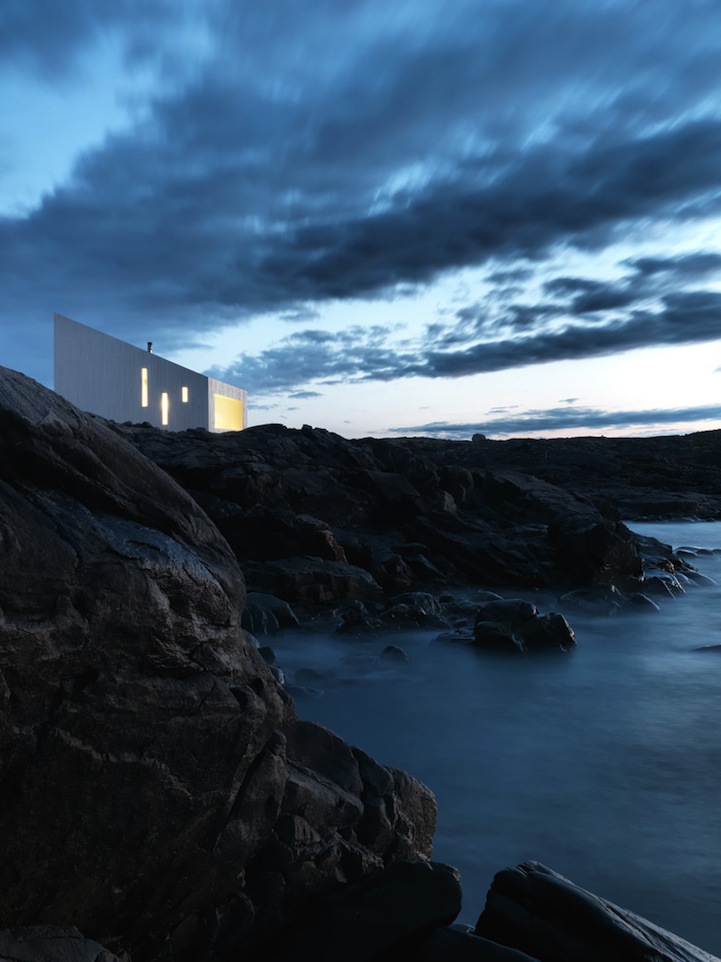 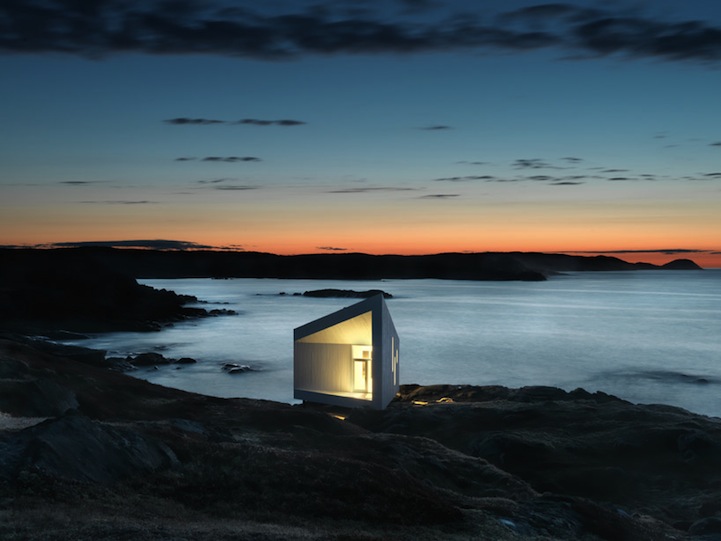