By Alice Yoo on October 8, 2011
Break Beat with Sparkler and Metronome 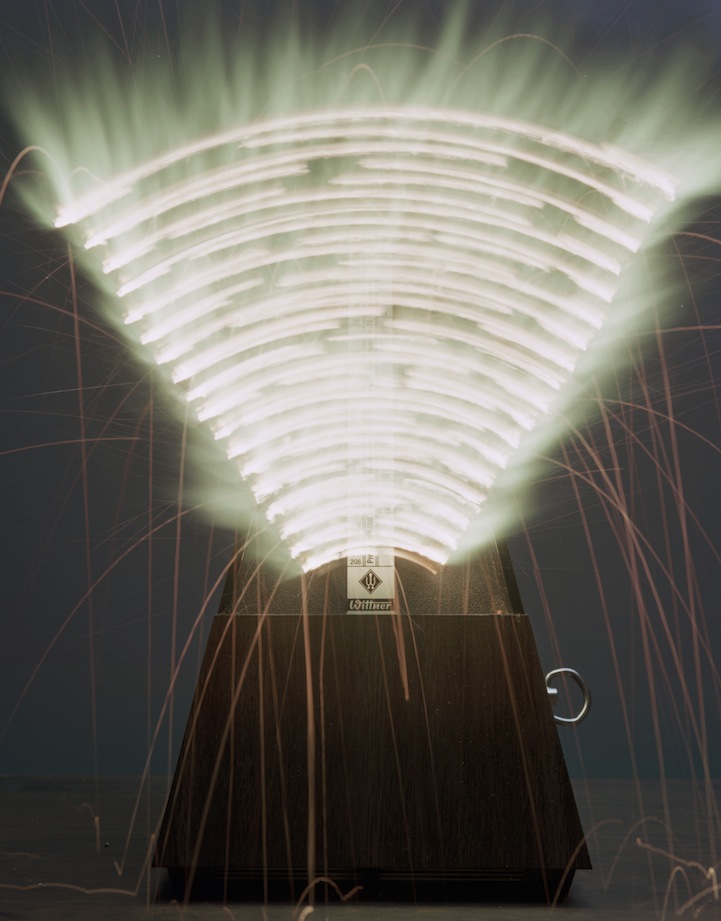 After coming off a successful solo show at Michael Mazzeo gallery in New York City and receiving a glowing article by the Wall Street Journal, artist Caleb Charland should be resting. Lucky for us, instead, he spent the summer trying out new scientific experiments with different everyday objects.

When we first wrote about Charland's work (back in July 2010), we knew it was like nothing else we had ever seen. As we wrote, “By transforming everyday household objects into unexpected experiences, he makes us appreciate multiple disciplines; art, science and photography. In addition, his work evokes that sense of curiosity that often lays dormant in us as adults. While looking at his photos, you can't help but marvel at the scientific laws that govern us and, at the same time, feel as though Charland's somehow cheated them.”

For all of us to enjoy, Charland recently sent us these new pieces. He even included a few, key descriptions.

Above: “The break beat in Break Beat with Sparkler and Metronome is the result of blocking the lens briefly with my hand as the sparkler burned while pendulating in the metronome. The gaps in the light trails were the moments where my hand was in front of the lens…60 BPMs.” 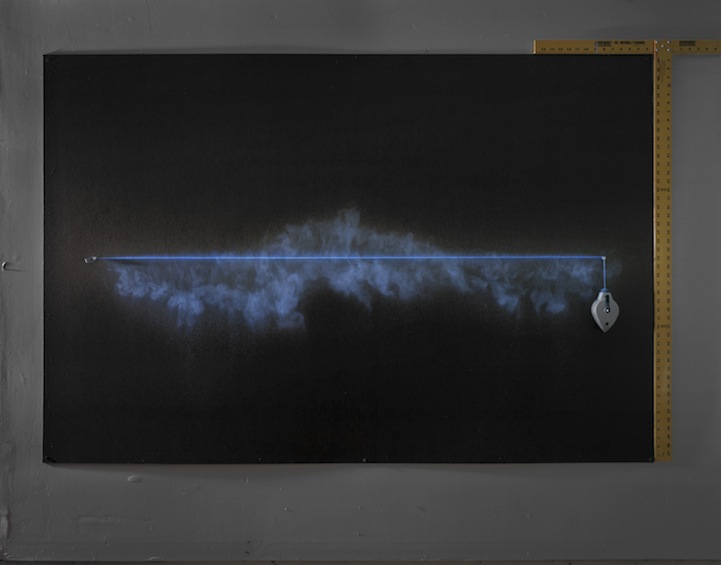 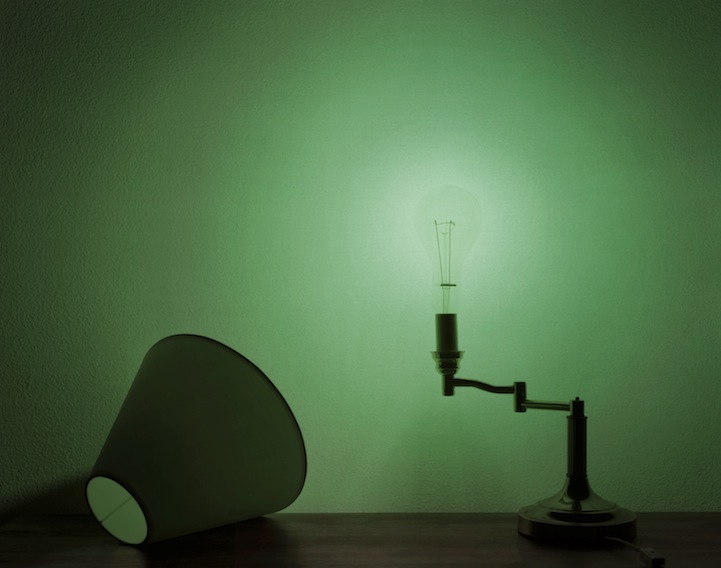 After Glow with Lightbulb and Glow in the Dark Wall

“After Glow with Lightbulb and Glow in the Dark Wall captured, as the title implies, the light emitted by the glow in the dark paint I covering the wall in the background. It may not come through in the jpeg but the filament is silhouetted in all its delicate beauty.” 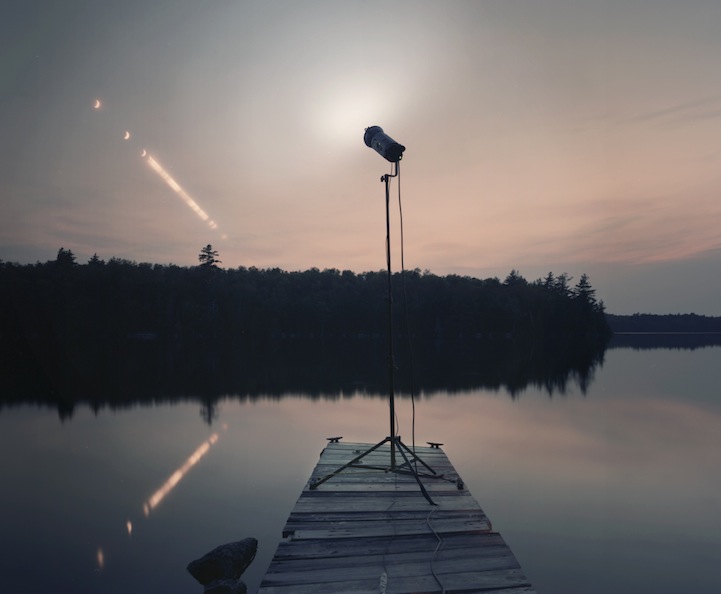 “Stroboscopic Moon was actually the result of a failed effort. I made it near the end of July and dismissed it… but then looking at it again with a fresh view a week or so ago I realized something else, something even more interesting had occurred on film that summer night.” 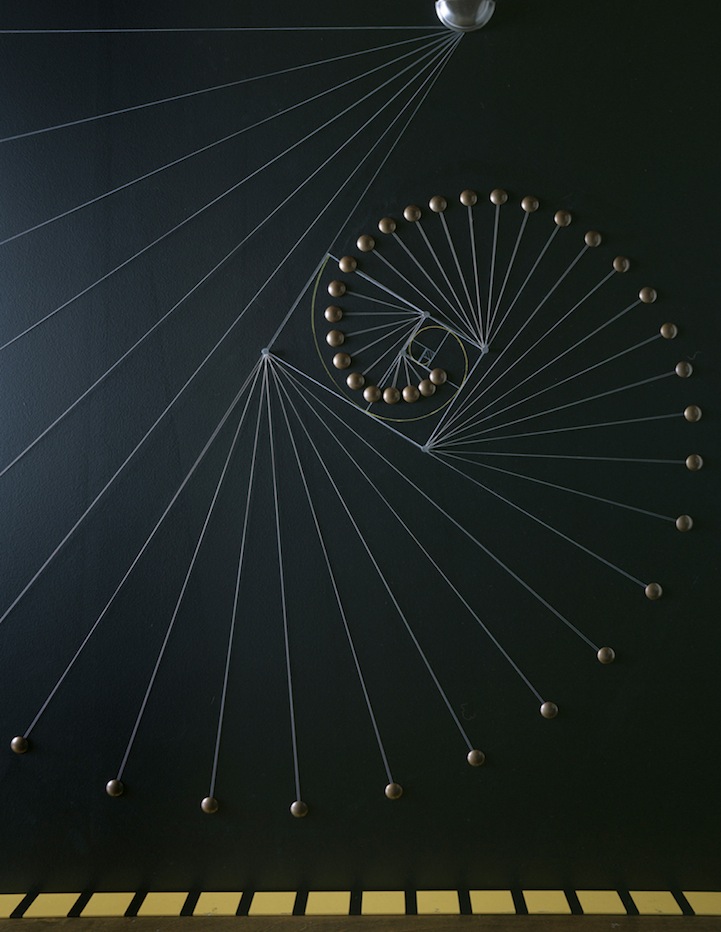 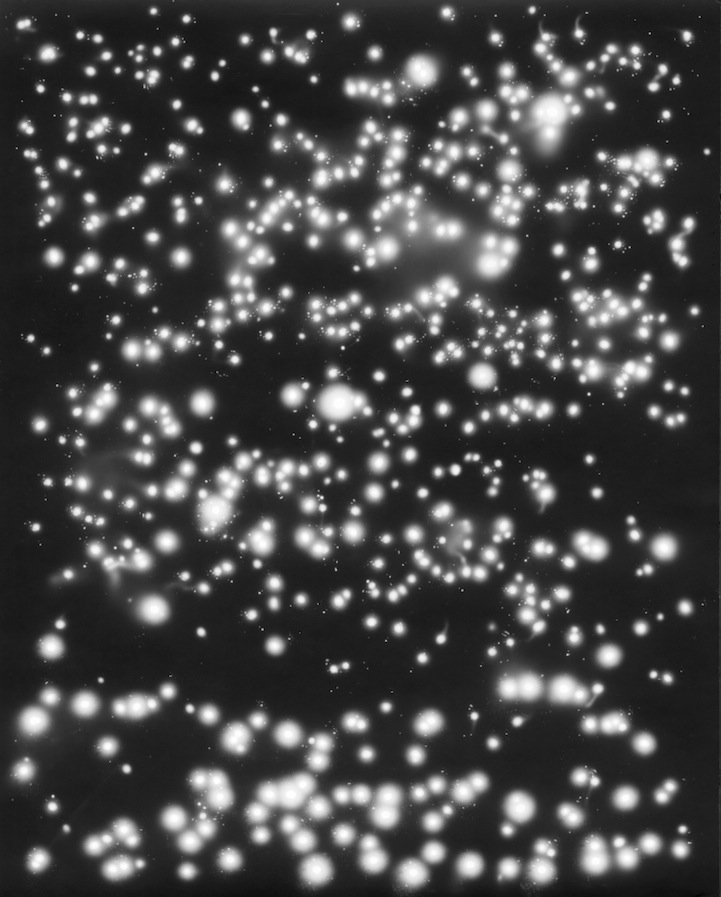 “The finger print images are recent experiments in which I was touching glow in the dark particles to photographic materials.”

Charland was just offered a solo show in Madrid and a German publisher is interested in publishing some photos in a book on Physics. We couldn't be more excited for him.