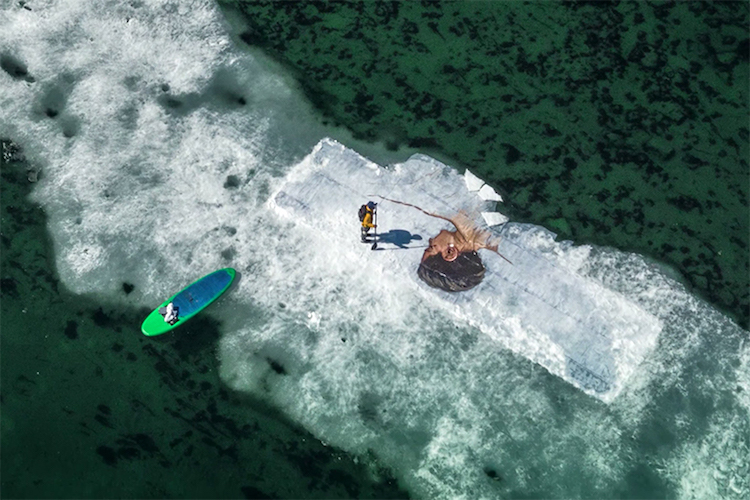 For the past year we've been sharing the incredibly dynamic portraits of self-taught artist Sean Yoro (Hula), which he typically paints in hard-to-reach locations, arrived at via his paddle board. The touching new short film What If You Fly, produced by The North Face and Camp4Collective, takes us inside Yoro's world as he embarks on one of his biggest challenges yet—painting in the Canadian Arctic. One of the artist's main motivations for working outdoors is to interact with the environment and directors Renan Ozturk and Taylor Rees share his journey to find the perfect piece of ice to use as a canvas before it comes to its natural end.

While the Canadian Arctic is quite different than Yoro's hometown of Oahu, he nonetheless forms bonds with the Canadian Inuit. This indigenous group has a population of over 50,000 in Canada and face a wide array of issues from suicide to substance abuse. Jesse Mike, the Inuit woman Yoro photographed and painted on the ice, confirms this in the film. “For most people it’s about the polar bears, it’s not about the people.” she shares, “Well, let’s make it about the people. If i can somehow be in a position to influence the message that’s given to the rest of the world, that’s the most important thing for me.” She continues, “The message that I wanted to send is, Inuit are very skilled, smart, awesome people. And you kind of have to be to survive in this environment.”

After sleeping on the ice, Yoro and the crew race to complete his work before the ice begins to break up. To preserve the environment, a thin transparent sheet is placed over the surface. Meant to be an impermanent installation, his work is removed nearly as soon as its finished and is painted using non-toxic materials made with alkali-refined linseed oil or safflower oil and natural pigments. 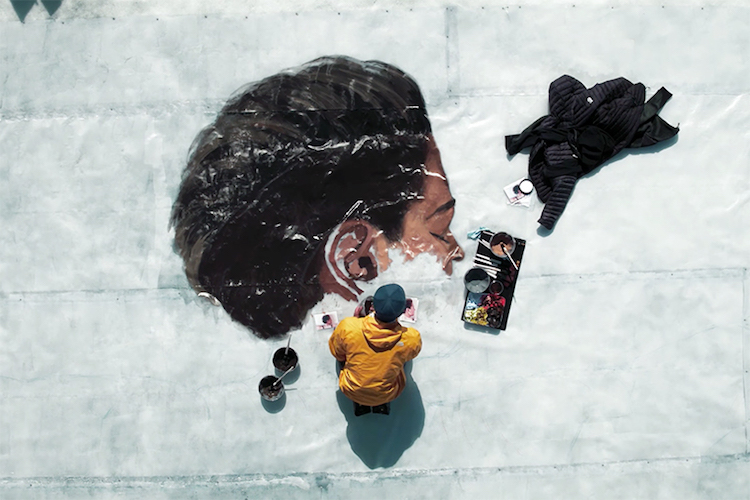 The work can be seen as a continuation of his A’o ‘Ana series painted on a North American glacier. While that particular project was aimed at bringing attention to climate change, he's now turned his focus toward the Inuit, bringing the spotlight to an indigenous culture oft overlooked and reminding of us the fragility of our environment. As a whole the film also gives clear insight into the process of artists who work outdoors and the enormous effort needed to integrate into the environment and interact with a community through the language of art. 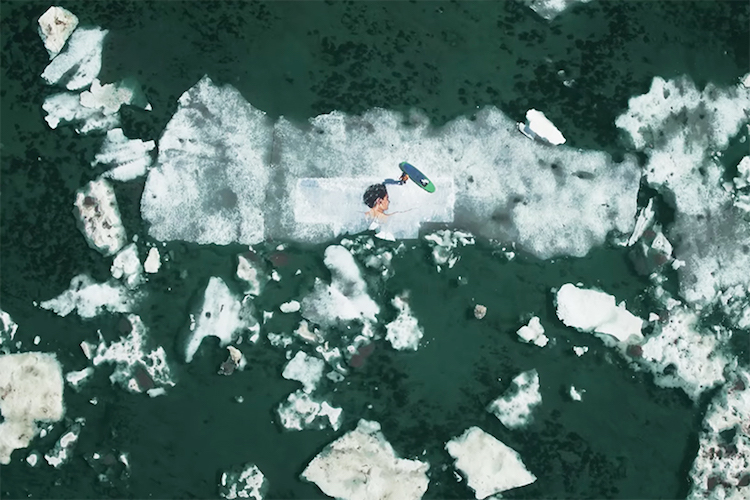 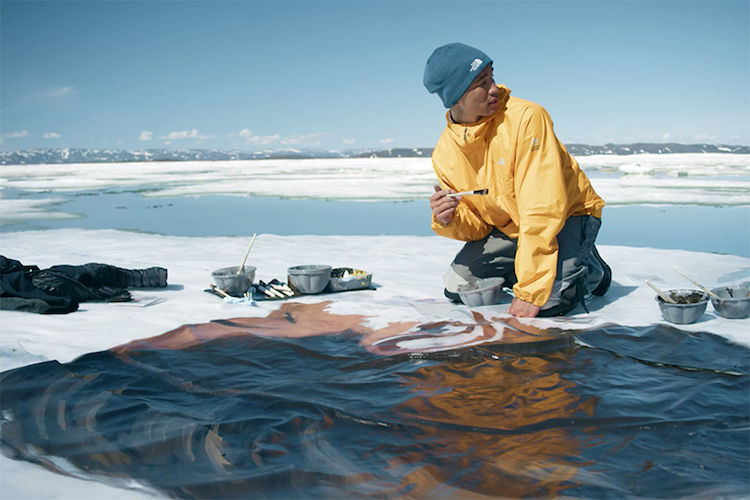 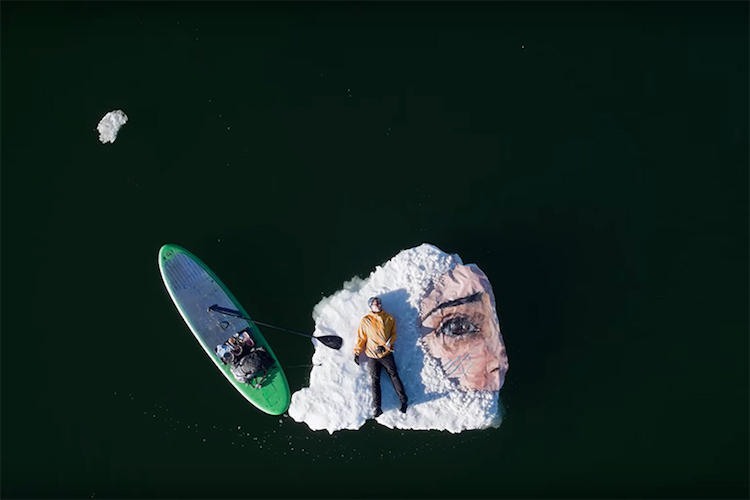 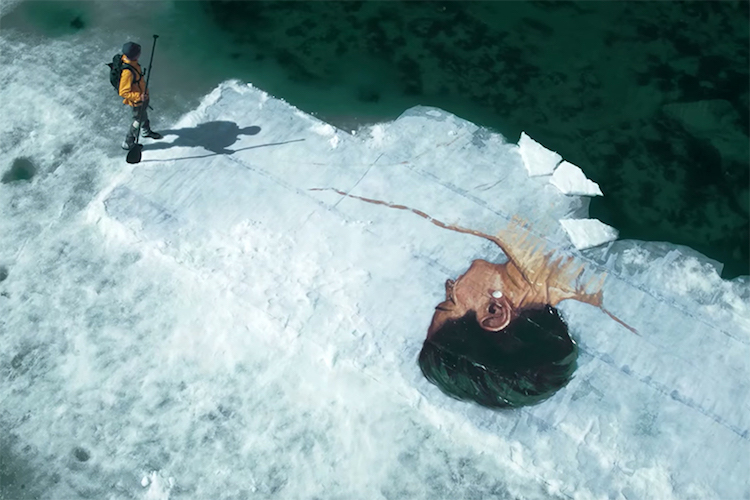 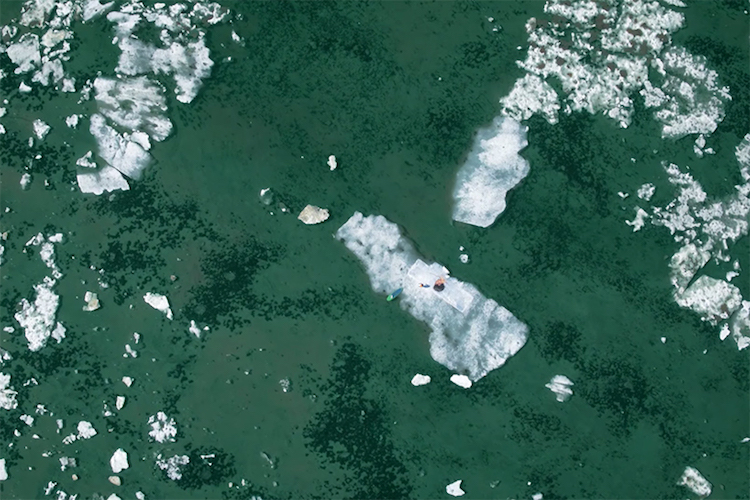 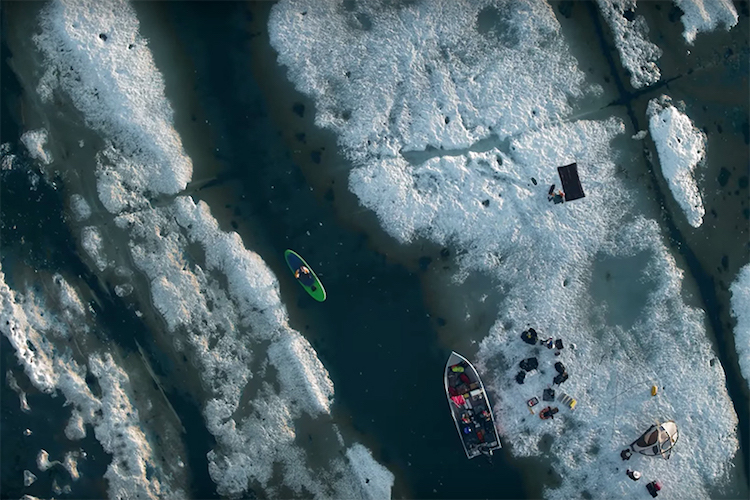 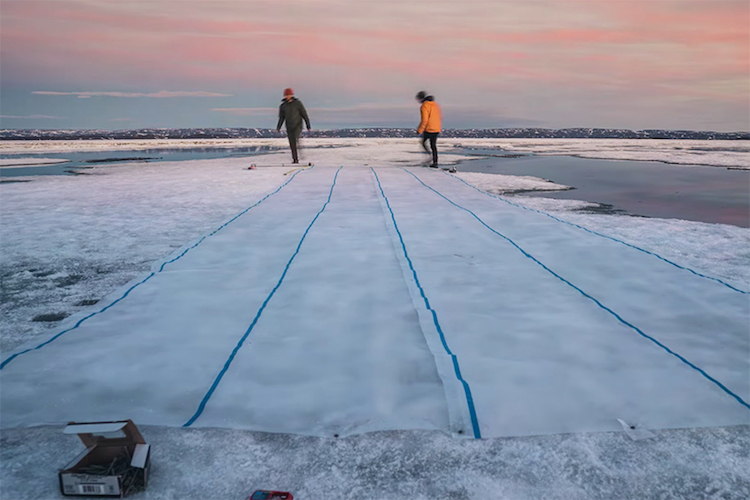 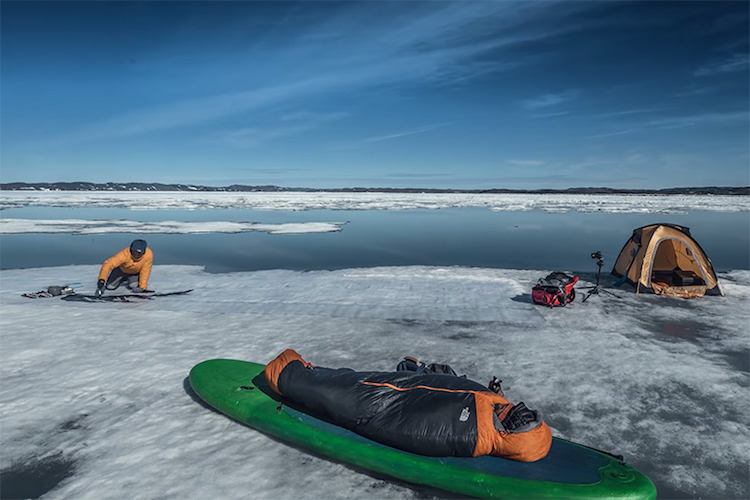 My Modern Met granted permission to use photos by Hula.