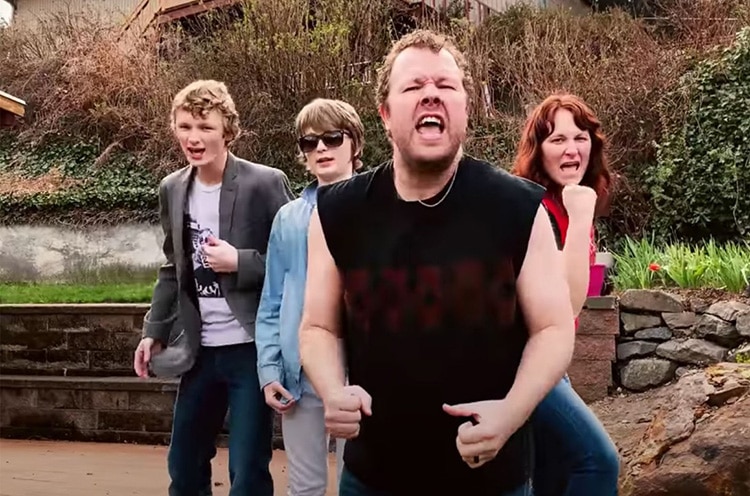 Hop in your DeLorean and take a trip back to the ‘80s with the Heller Family’s recreation of Journey's iconic 1981 music video for their hit single “Separate Ways (Worlds Apart).” Steven and Jana Heller, both 43, wrangled their family to make a perfect shot-for-shot recreation of the famous music video by the legendary rock band. The two enlisted the help of their children—Lily (15), Jackson (14), Asher (12), and Violet (9)—to recreate the band, and Lily was particularly helpful in compiling ‘80s inspired outfits from their closets which really bring an authentic atmosphere to their short film.

Steven told Today, “We wanted to be able to 10 years from now, say, ‘Remember when we were stuck in our home and we did this crazy thing and it was so much fun?’” Incredibly, the entire video was shot on iPhones in their Pacific Northwest home in Maple Valley, Washington, and Steven was able to put the finished product together with his background in video production. Their family’s lip sync performance has already gained nearly 200,000 views, the likes of which include Journey's guitarist Neal Schon and the band's tour photographer, Mike Savoia.

Watch the Heller's bring the 1980s to 2020 in their shot-for-shot recreation of Journey's 1981 music video for “Separate Ways (Worlds Apart).”

Over 100,000 Vinyl Records Are Being Digitized fro Anyone to Listen to Online