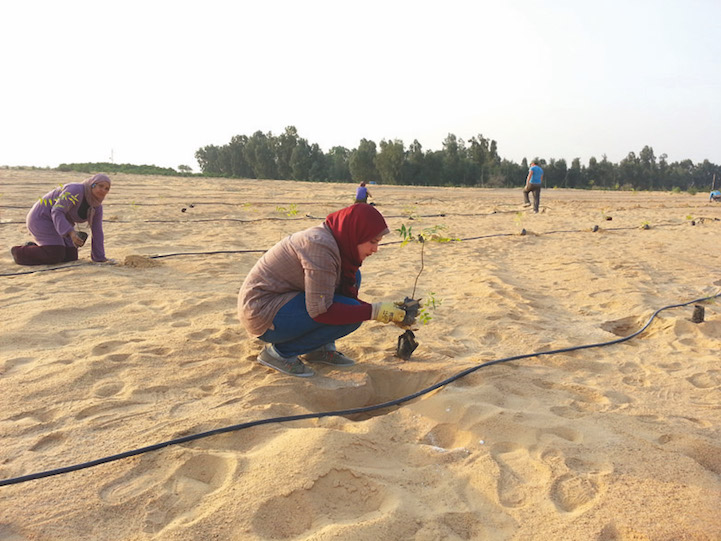 Using ingenuity assisted by biology, German scientists have collaborated with the Egyptian government to create a natural miracle: the Serapium Forest in the middle of the desert, just two hours from Cairo. It consists of around 200 hectares (about 494 acres) of both native and non-native trees like eucalyptus and mahogany, thriving despite the dry land and scarcity of rain. The secret is an irrigation system that passes liquid nourishment to the trees via hose pipes, sourcing water from a nearby sewage treatment plant.

Mechanical filters strain dirt and garbage from the wastewater, and then added oxygen and microbes break down the remaining organic matter. Since complete purification would be too costly, some pollutants are left behind, including phosphates and nitrates. Though unamenable to the irrigation of edible plants like fruits and vegetables, the lingering compounds make a rich fertilizer for trees to produce firewood. In fact, the mix mimics that included in many commercial fertilizers.

There are other inherent ways that the environment supports flourishing plant life, too. Unlike the scientists’ local German climate, Egypt doesn’t have harsh, cold winters. The strong sunlight (paired with the nutrient-infused water) mean that eucalyptus grows four times faster here than it does in Germany. Plus, the plantations provide much-needed jobs for those tending to the trees, which take as few as 15 years to be ready for harvesting, providing 350 cubic meters of wood per hectare—a resource that would otherwise have to be imported. If adequate funding were acquired, 650,000 more hectares of desert terrain could be used for further wood production, and the same process has huge potential to be replicated in other regions, serving to sustain fertile land and work opportunities around the world.

Above image via Biodiversity in Good Company 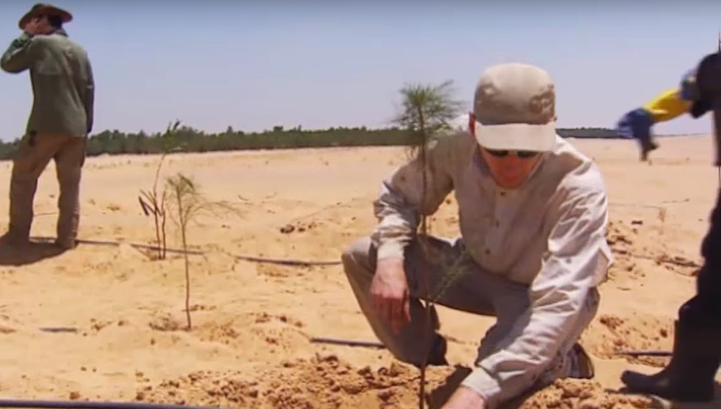 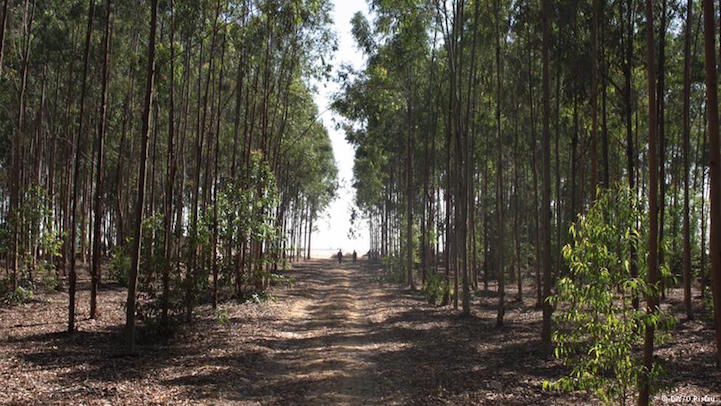 All images via Deutsche Welle/Oliver Ristau unless otherwise stated.