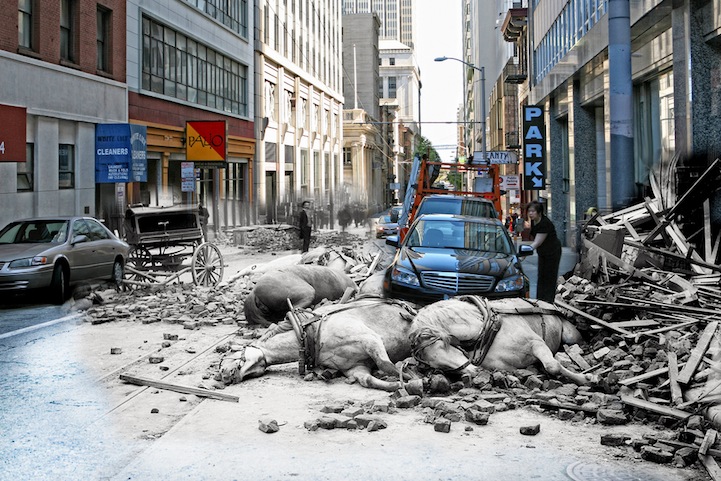 Shawn Clover merges the past and the present in this series of photographs, entitled 1906 + 2010: The Earthquake Blend. After selecting historical photographs in advance as a foundation for his new photographs, Clover then trekked around town and captured the city of San Francisco as it appears in modern times. He found exact locations in order to recreate the historic photos through a modern day lens. He says, “My goal is to stand in the exact spot where the original photographer stood. Doing this needs to take into account equivalent focal length, how the lens was shifted, light conditions, etc. I take plenty of shots, each nudged around a bit at each location. Just moving one foot to the left changes everything.”

He then blended old photographs that document the tragic San Francisco earthquake of 1906. According to Clover, “It was the out-of-control fires that did 90% of the destruction to San Francisco. Over 30 fires, caused by ruptured gas mains, destroyed approximately 25,000 buildings on 490 city blocks.”

As a result of Clover's investigative work, viewers are led into a reflective moment of time travel. We are faced with a natural blend of black and white moments of tragedy and panic as people watch fires burn and try to escape the horrors of the natural disaster, compared to the vibrant, modern day, healthy city of San Francisco in those very same locations. What an amazing documentation of history! 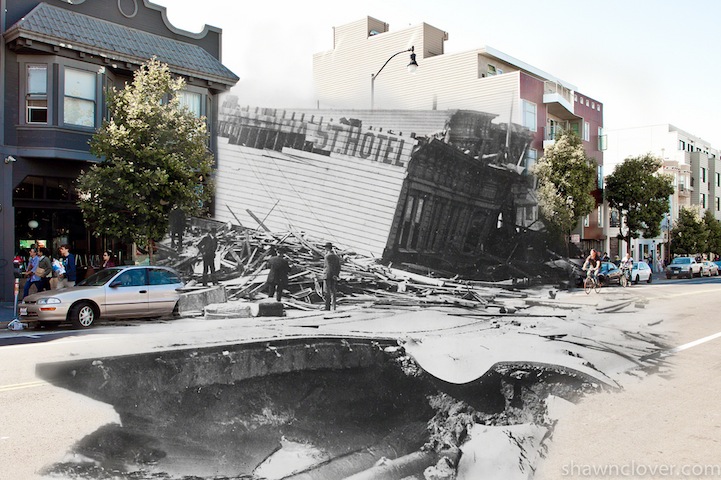 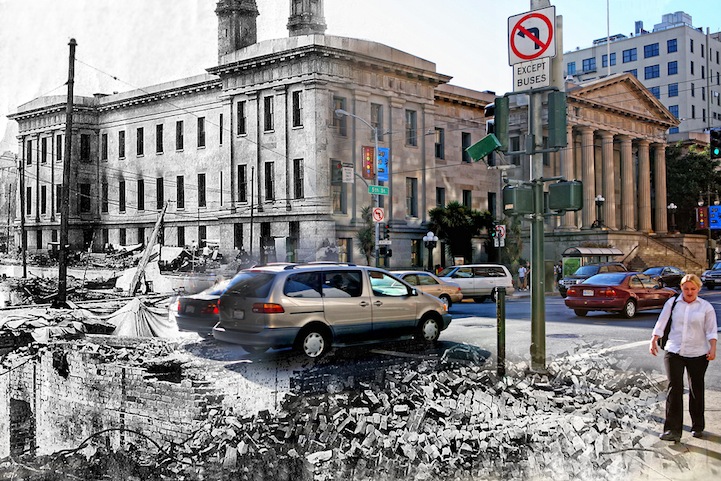 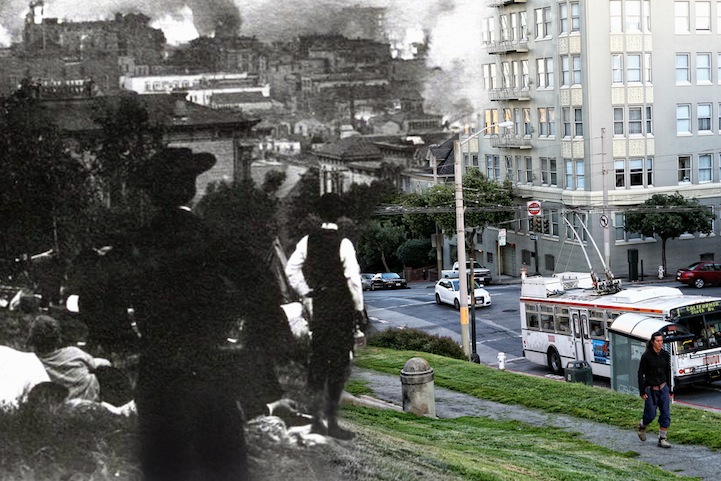 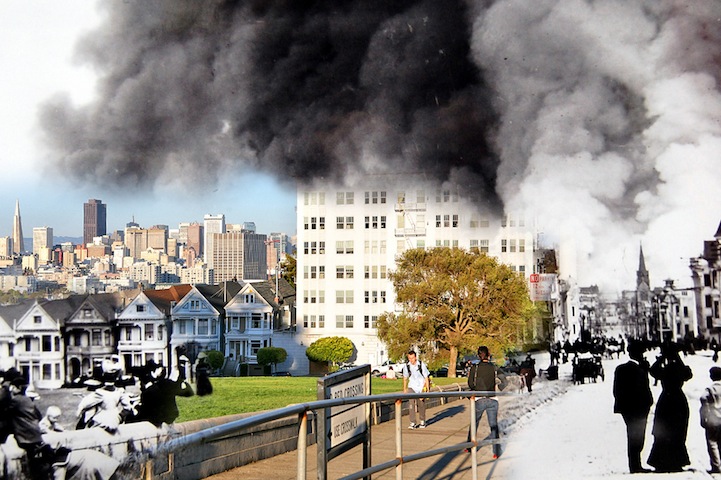 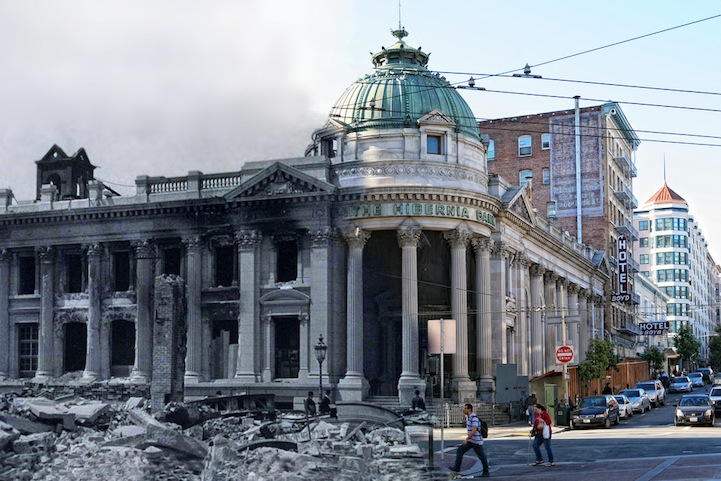 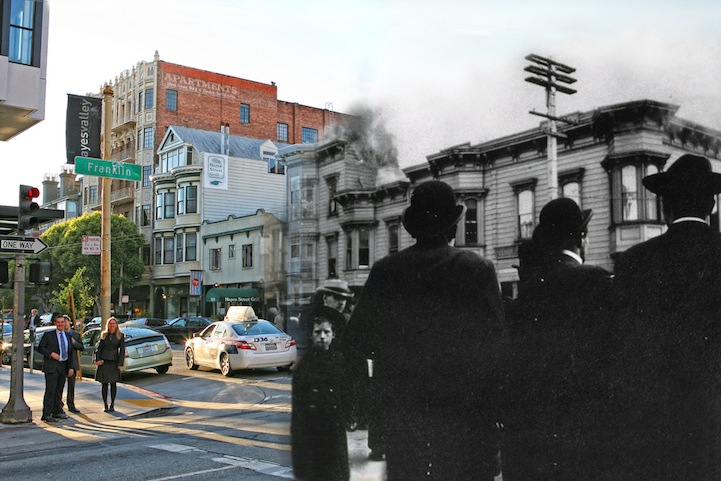 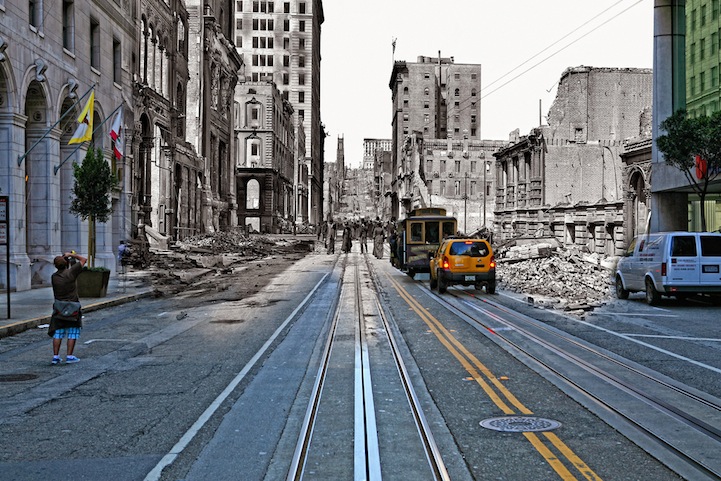 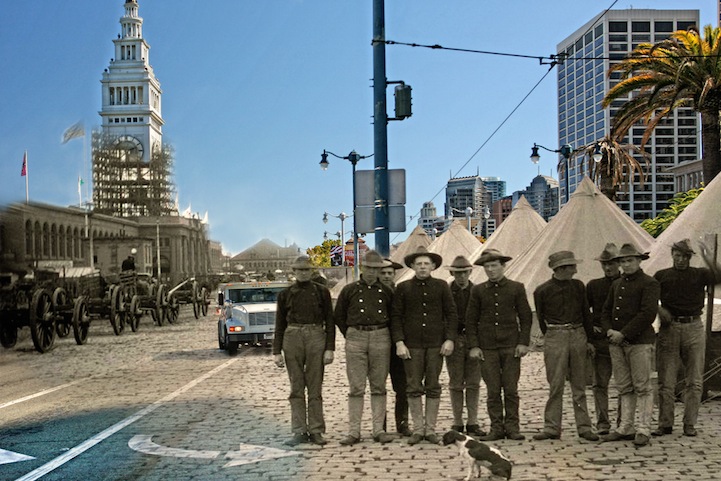 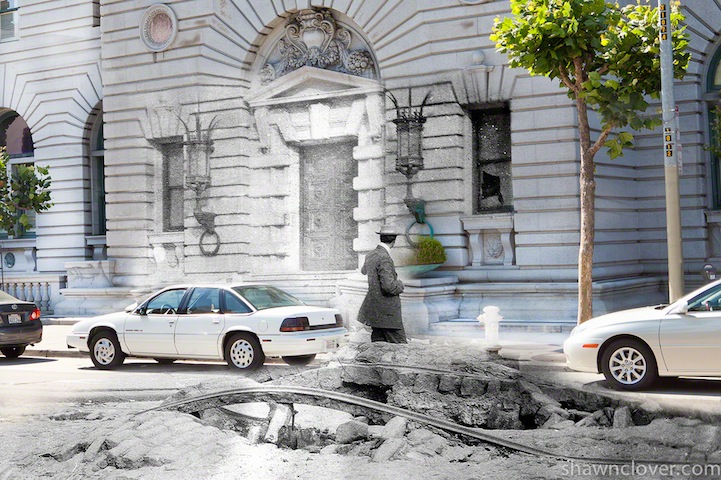 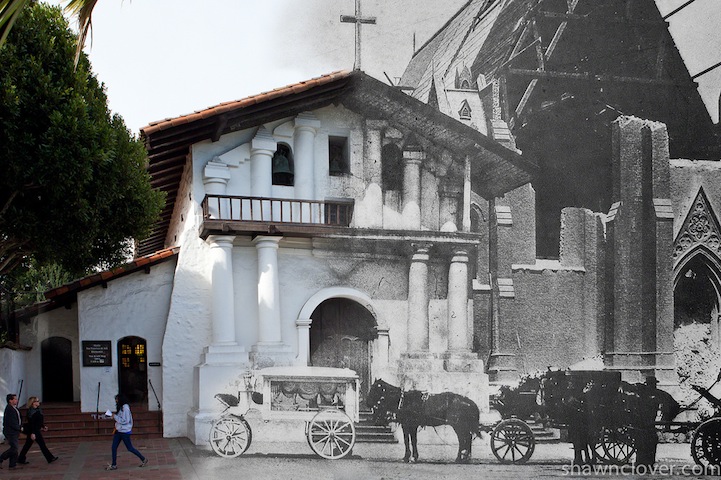 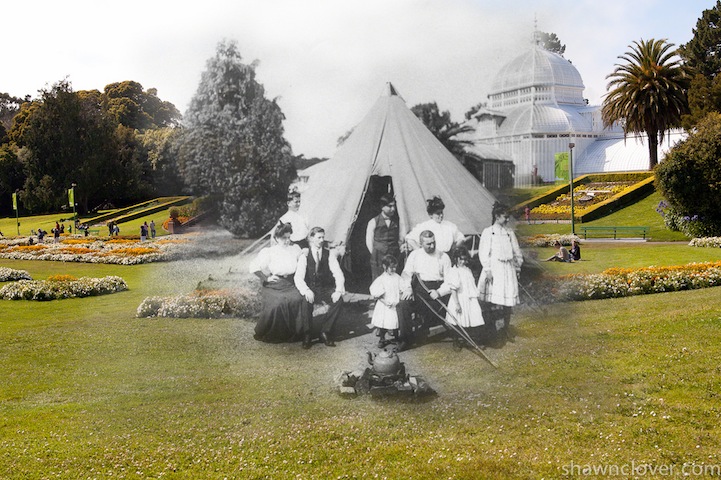 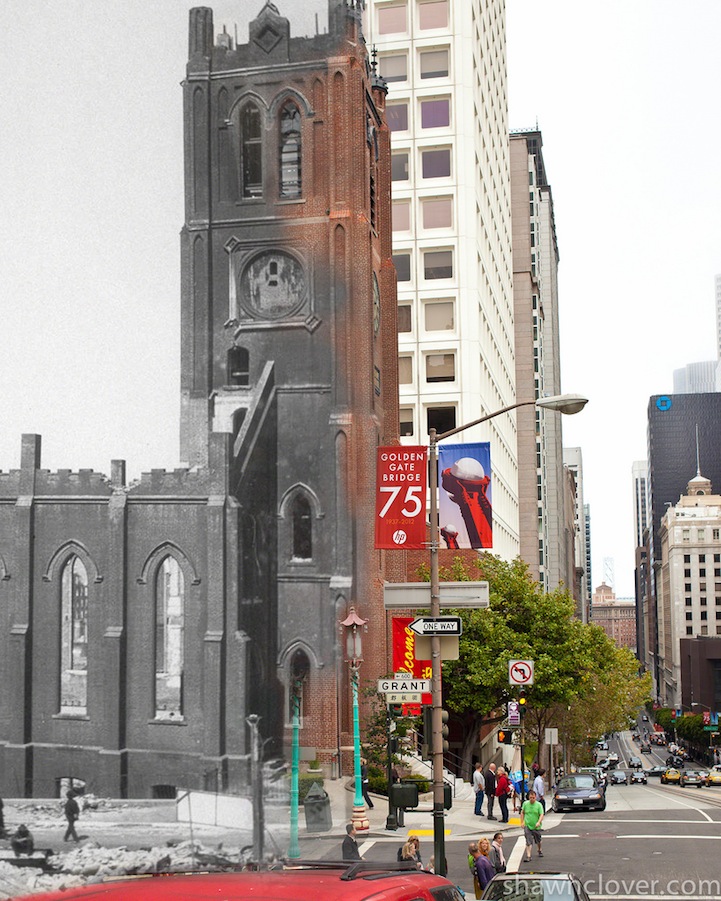