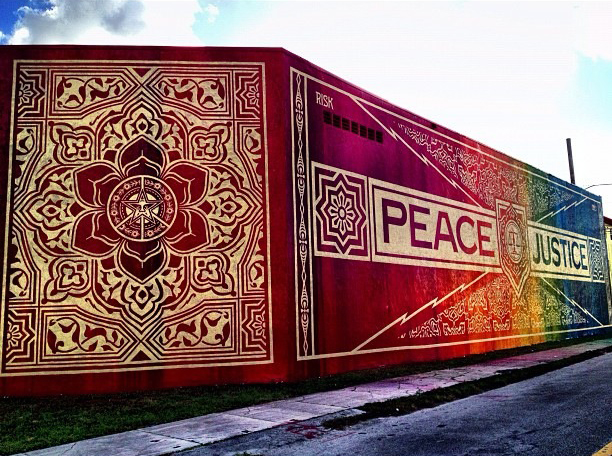 In the weeks leading up to Art Basel, which is currently running this weekend in Miami Beach, Florida, Shepard Fairey put up two beautiful murals, which we first spotted over at Street Art News. During “the most prestigious art show in the Americas,” more than 260 leading galleries from North America, Europe, Latin America, Asia, and Africa will take part in Art Basel's festivities, showcasing works by more than 2,000 artists of the 20th and 21st centuries.

In the piece above, Fairey adds his classic patterns and imagery in collaboration with artist RISK's colorful background to create this beautiful mural. If you're in Miami, you can see it at 1326 NE 1st Ave, Miami.

Prior to creating this piece, Fairey put up another mural in Miami as a tribute to Tony Goldman, the New York real-estate visionary and art benefactor who was a driving force behind the revitalization of New York's Soho neighborhood, Miami Beach's Art Deco District, and Wynwood and the Design District in Miami. “He was such a great ambassador for art,” Fairey says of the man who gave his career a boost when he commissioned a mural at Houston Street and the Bowery in New York. “Tony was so nice to me, so supportive.” 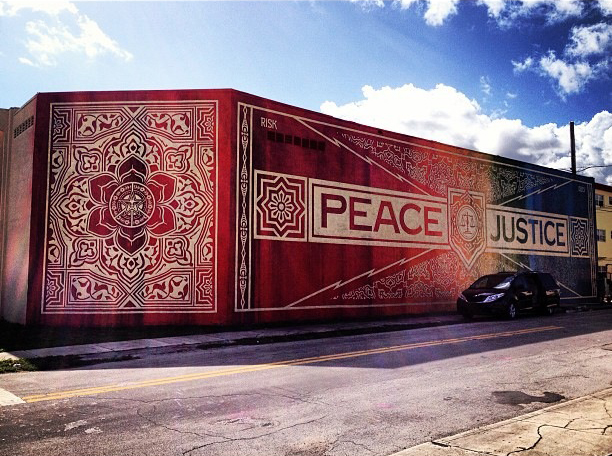 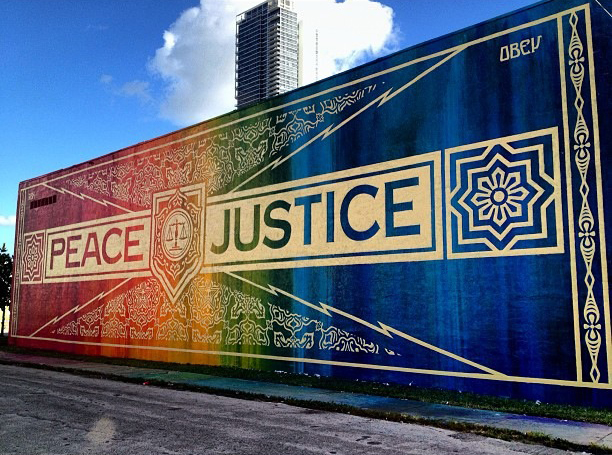 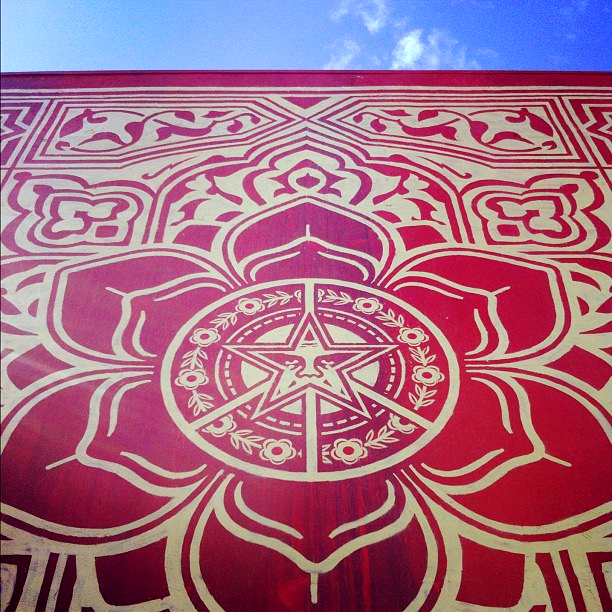 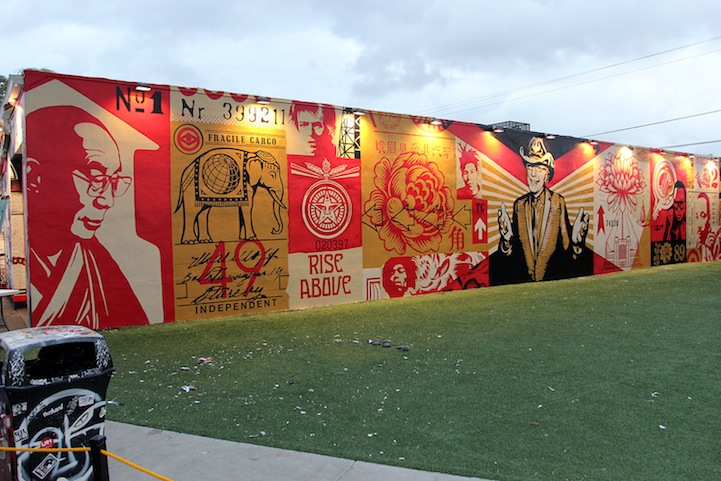 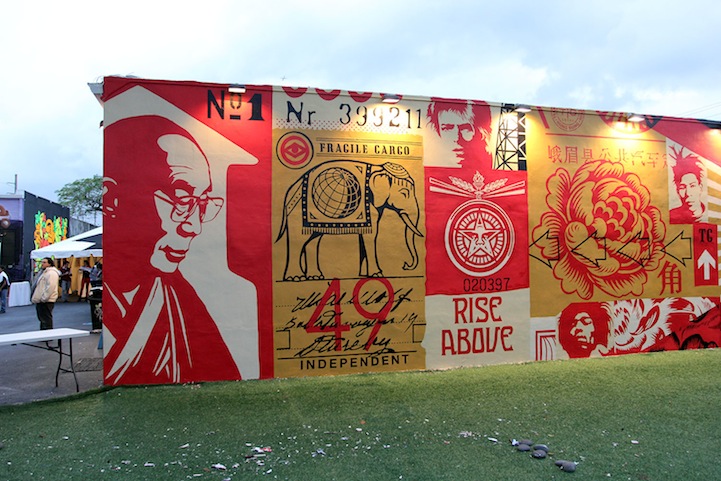 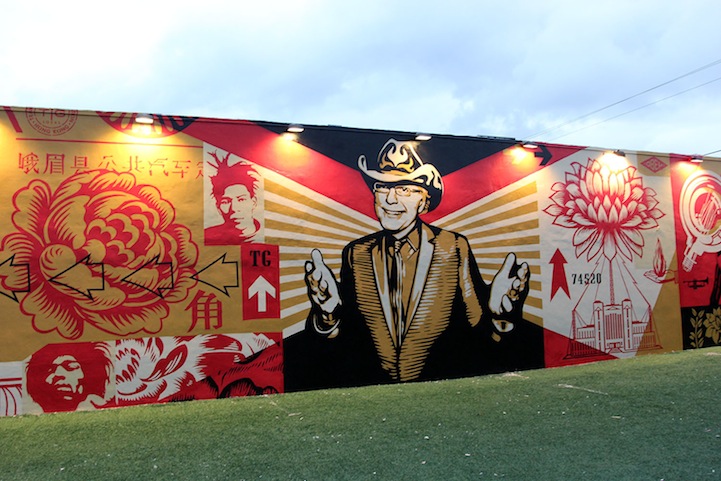 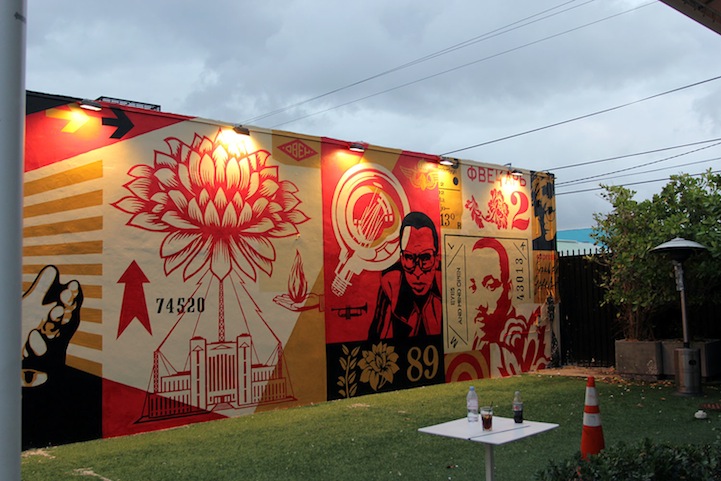