Mirrored Ziggurat Connects the Earth and Sky through Striking Reflections 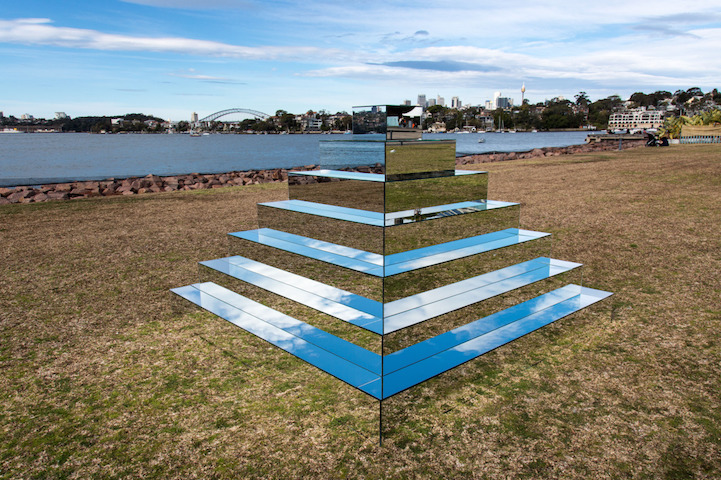 Iranian artist Shirin Abedinirad bridges the gap between the earth and the sky in her latest installation, a stepped pyramid covered in mirrors that reflect the artwork's natural surroundings. Titled Mirrored Ziggurat, the installation was inspired by the ziggurat, a common form of temple in ancient Mesopotamia that was built in an attempt to bring humans closer to the gods.

Like many of Abedinirad's previous works, Mirrored Ziggurat uses reflective surfaces to stage an intervention within nature. From certain angles, the installation blends in seamlessly with the land around the site. Other perspectives, however, transform the ziggurat into striking slices of azure sky that stand out spectacularly amid the green grass.

“The Mirrored Ziggurat acts as a staircase, which seeks to connect nature with human beings and to create union of ancient history and today's world. This installation offers a transformative view of the self,” the artist says of her work. “The Mirrored Ziggurat has seven levels that represent seven heavens. For me, mirrors amplify this paradise, giving light; an important mystical concept in Persian culture, and a medium creating an optical illusion.”

Abedinirad's piece is currently on display in Sydney, Australia as part of the Underbelly Arts Festival. 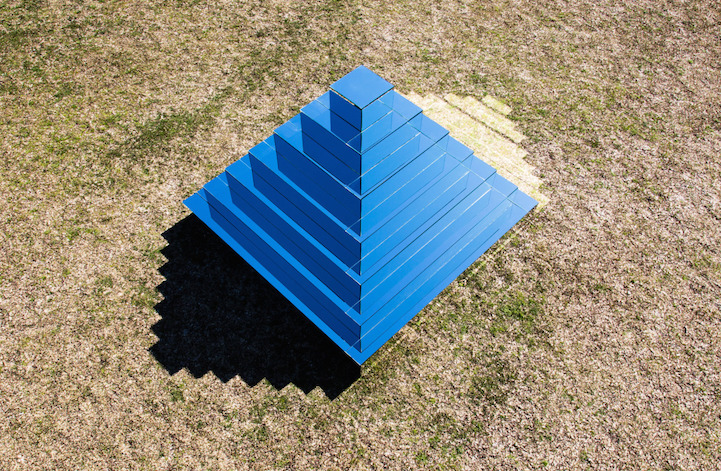 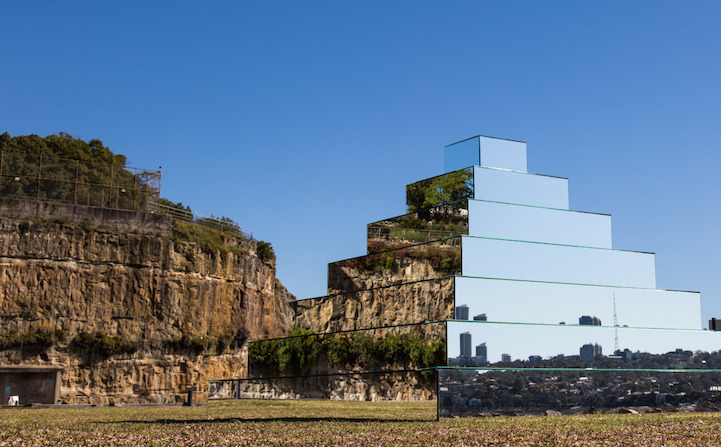 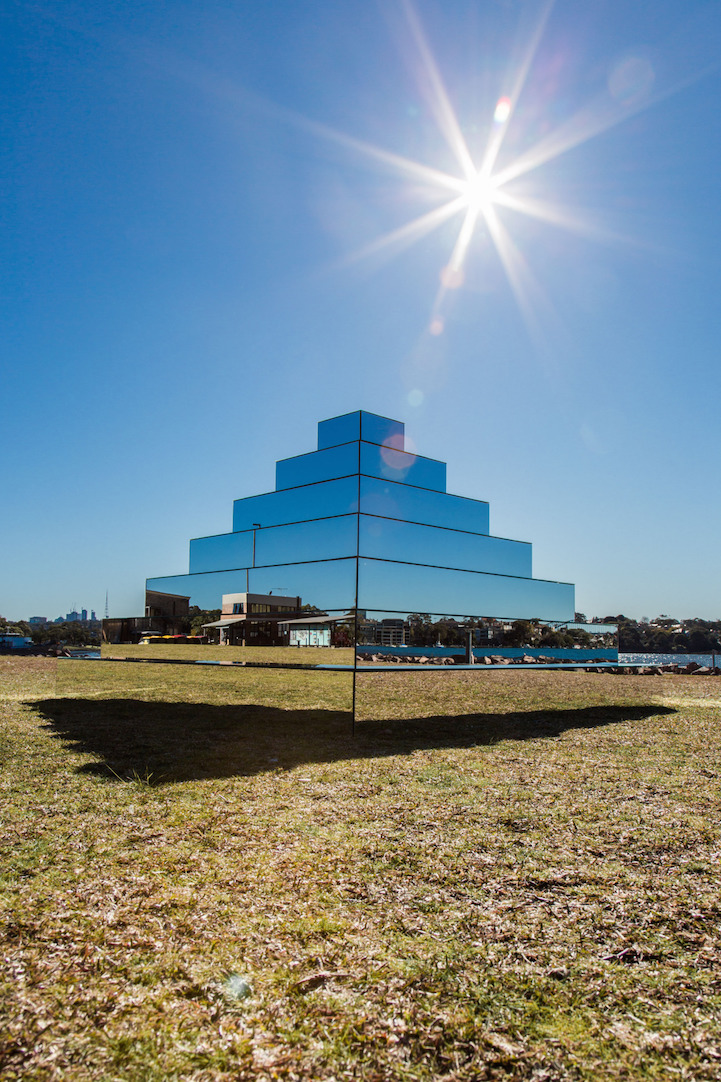 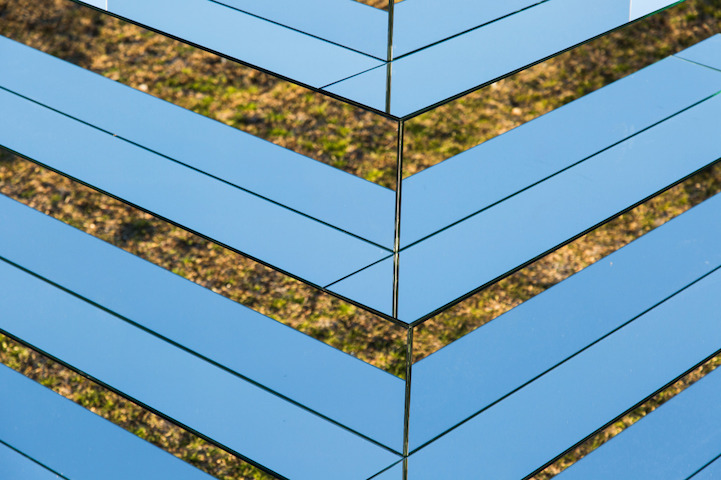 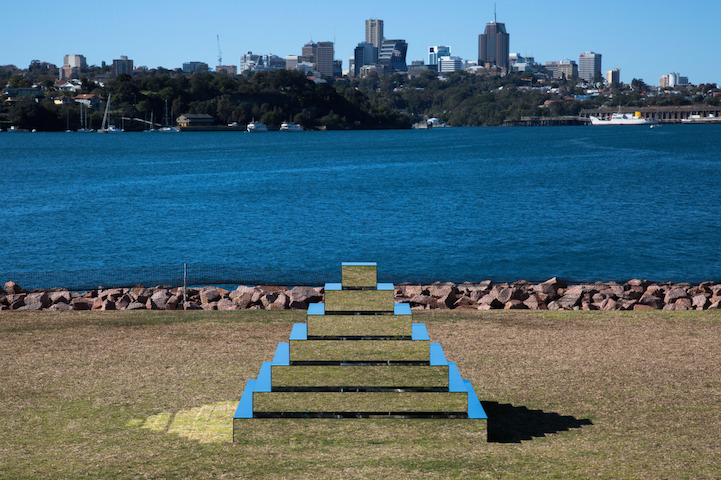 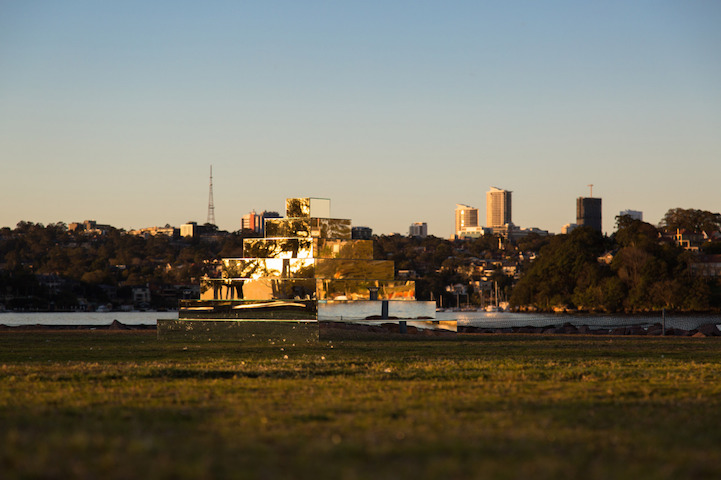