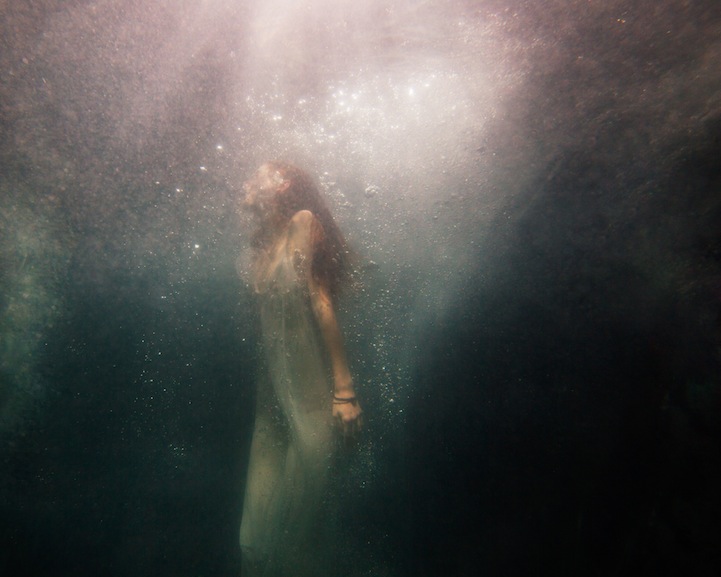 These magical underwater photographs by New York-based photographer Simon Harsent are so moody and dramatic. The series, entitled Into the Abyss, was created in collaboration with the artist's father and award-winning poet, David Harsent. The two produced this photo series and poem project as part of the Pool Collective's inaugural publication, Blow Up.

Using dark and dramatic lighting and a very simple color palette, Harsent's images evoke a very sad and lonely atmosphere. He brings to life the imagined scenario of a young girl, lost in an abyss of darkness, seeking some kind of escape. Viewers can't help but find themselves experiencing a sense of gloomy wonder about the young girl, how she got to this dark place, and where she might end up. The images sit alongside David Harsent's poem below, also entitled Into the Abyss. The collective project is an incredibly powerful display of the talented father-son team.

A little deeper and she'll lose the light. At first
the surface is just touchable – shadows that might be clouds
or birds in flight… She sets her face to the skim

to get the last of the world she came from, some slight
sense of voices fading as she slips
from almost-day to almost-night, grey-green shading

first to blue, then more than blue, then to a blue never seen
by anyone but her, and that slow drift into darkness set to sever
all that she owned or wanted, all she had ever been. 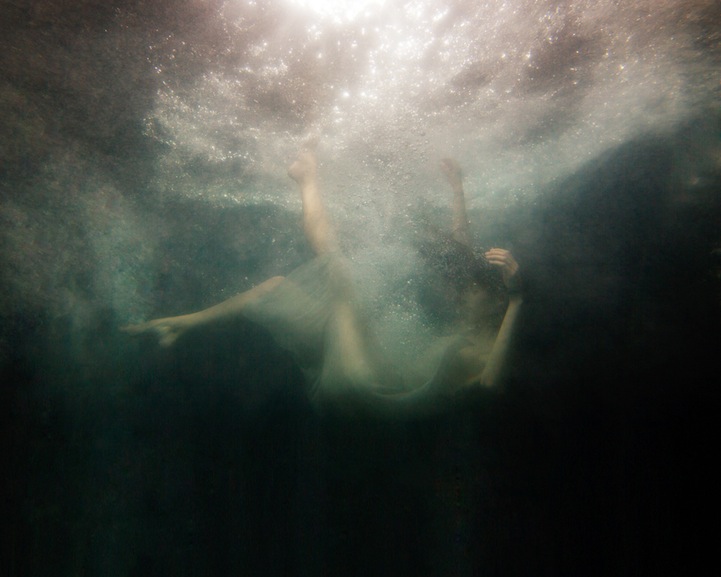 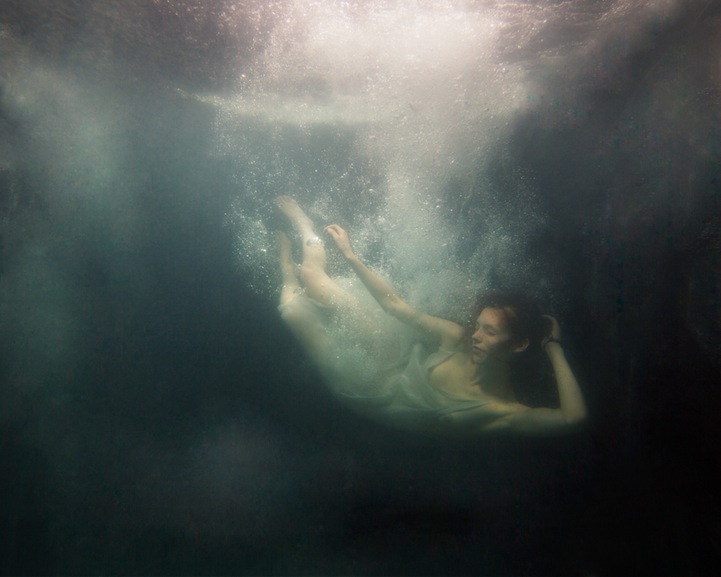 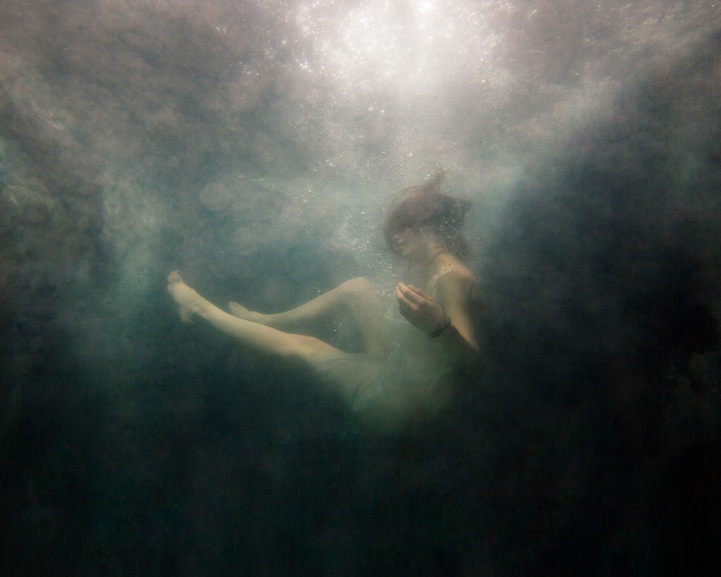 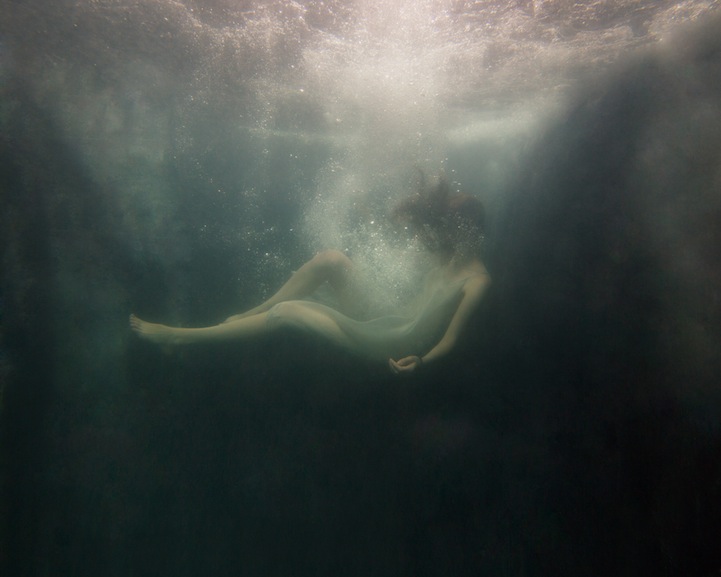 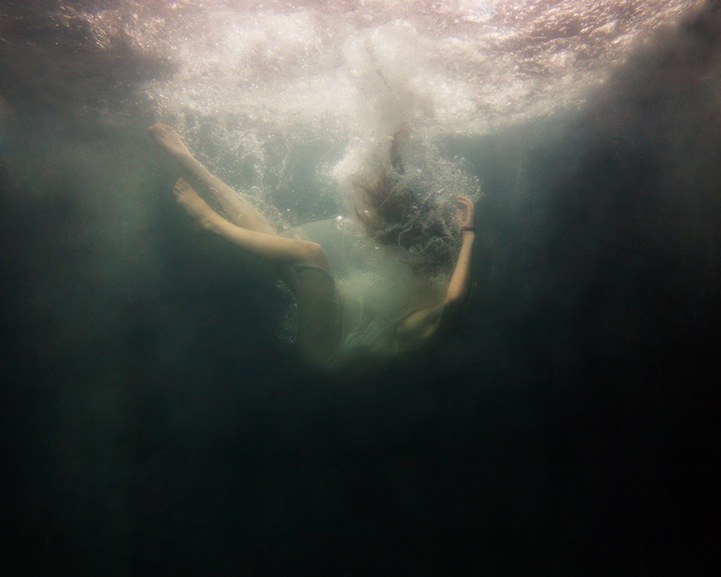 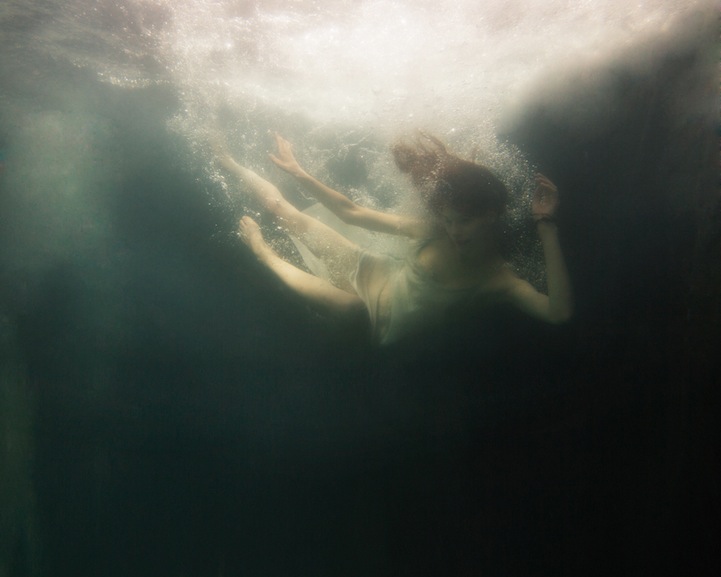 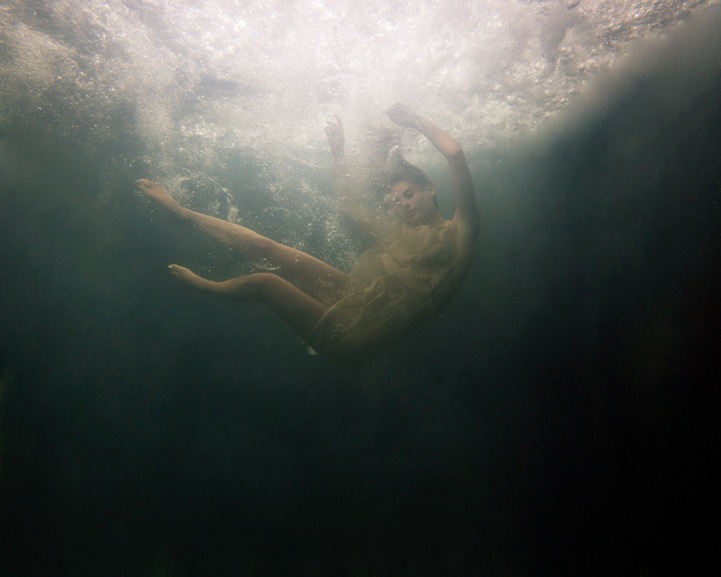 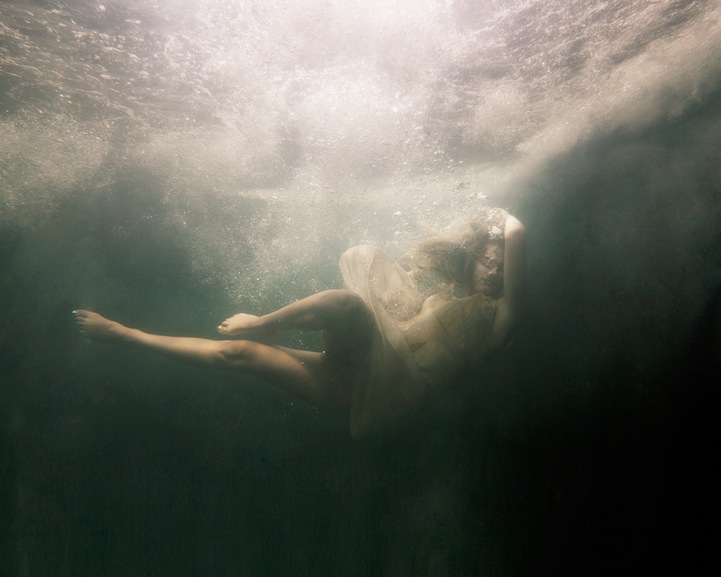 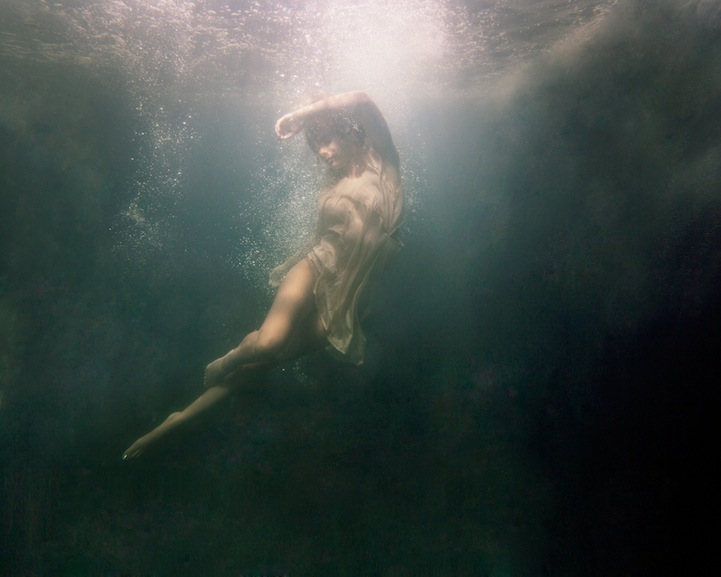 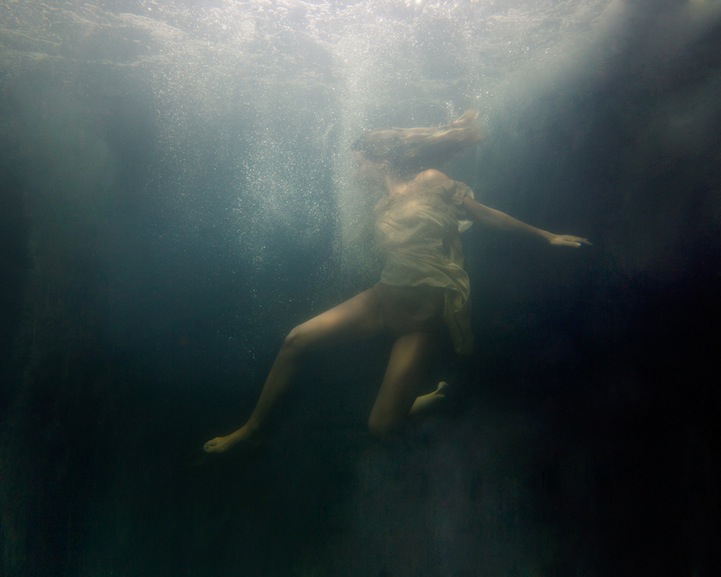