Swarm of Locusts Made of Money 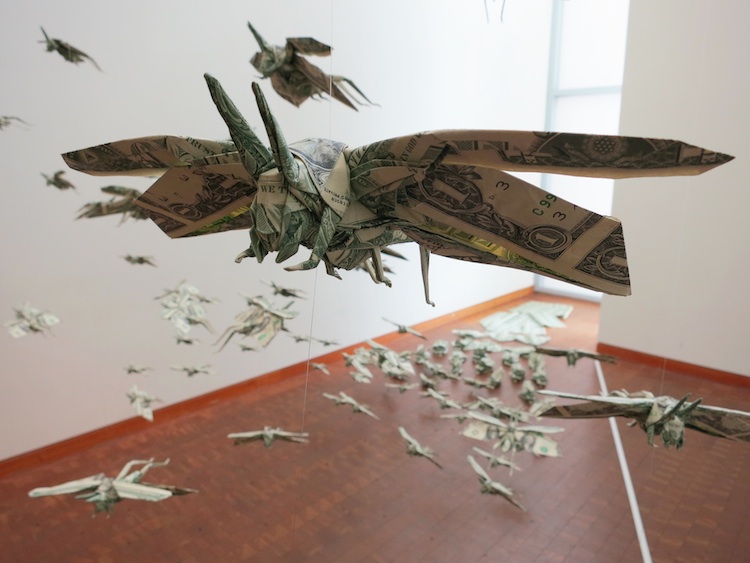 Sipho Mabona, the talented origami artist we've featured here and here, just tipped us off to his newest installation. Now showing at the Japanese American National Museum in Los Angeles until August 26, 2012 is The Plague, a fantastic swarm of locusts made entirely out of money!

As he says, “Money, our prime signifier of both ambition and perdition. Money has gone from being an elementary medium of exchange to being a means of exploitation: a colossal cloud of hot money [and incomprehensible financial instruments] buzzes above the global economy like a biblical swarm of locust. Thus money as bane. Yet money per se, plain as the one-dollar-bill, always retains its basic ability to function as a pragmatic unit of accounting for goods and services. Hence money as blessing.”

Each single specimen was folded from an uncut square of US currency sheet and the entire installation took Mabona 4 to 5 hours to complete. It will be on display, alongside approximately 150 other works from more than 40 international artists, in the museum's exhibition Folding Paper: The Infinite Possibilities of Origami. It's a thought-provoking look at the modern advances of origami through contemporary artworks, origami-related woodblock prints, murals, videos, an interactive origami-making station and even an origami dome tent that visitors may enter. This is the first major exhibition to explore the rich history of paper folding both in Japan and Europe. 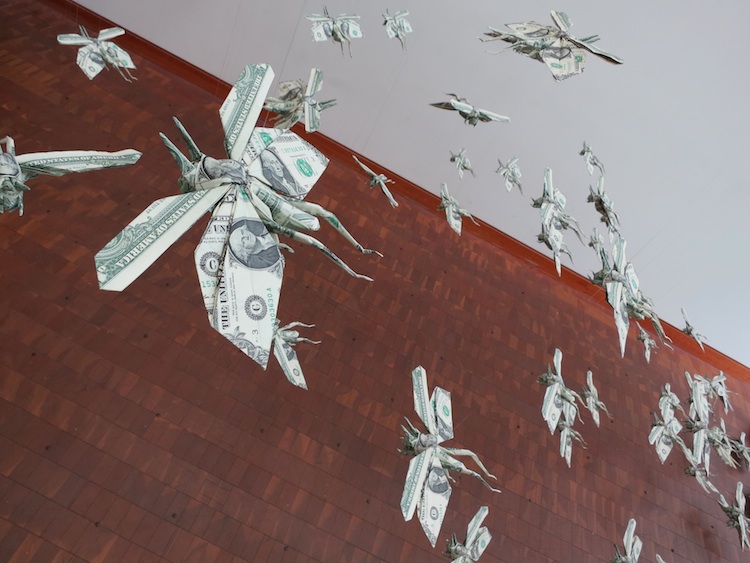 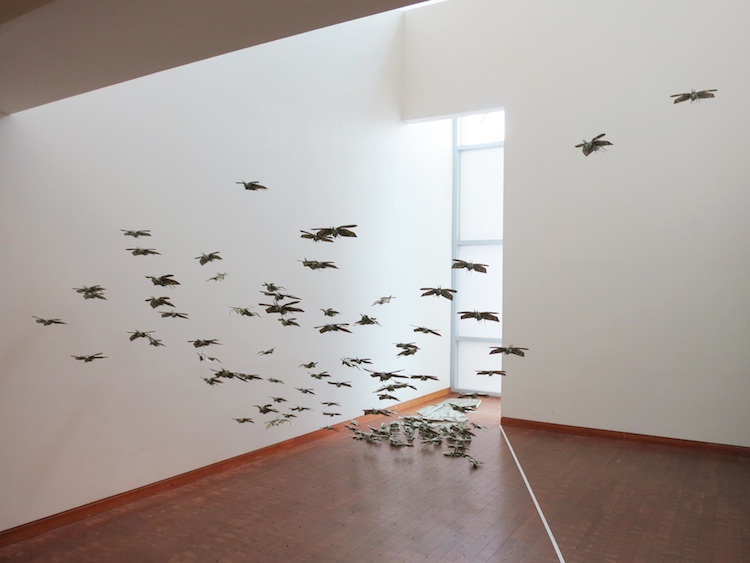 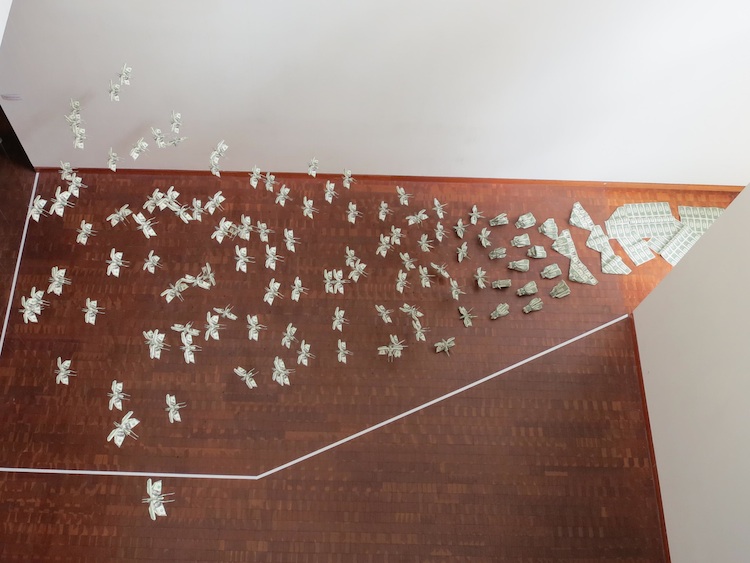