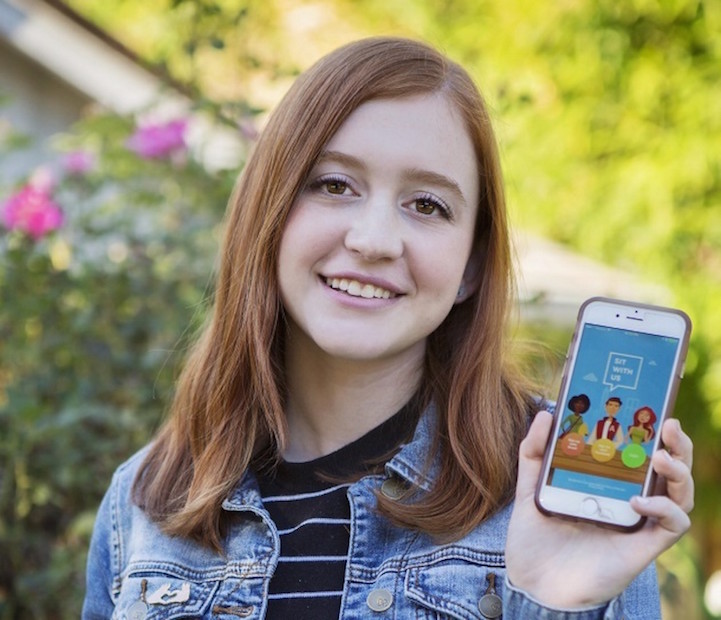 Starting a new school year can be both exciting and nerve-wracking, but nothing is as terrifying as the lunch room, where the fear of sitting alone—or worse, being rejected from a table—can make anyone feel lonely and self-conscious. 16-year-old Natalie Hampton, from Sherman Oaks, CA, personally understands that feeling. During seventh and eighth grade at an all-girls school, Hampton endured multiple incidents of bullying in the lunch room, such as tripping, teasing, and once she was even threatened with scissors. She suffered terribly from the stress that came with attending school. “I was a shell of the person I was,” Hampton recalls to the LA Daily News. “When I walked into a classroom I was planning an escape route.”

Hampton switched to a new school and made friends there, but couldn't shake the memories of being ostracized. “I felt that if I was thriving in a new school but didn't do anything about the people who feel like this every single day, then I'm just as bad as the people who watched me eat alone,” she says in an interview on NPR's All Things Considered. “I felt like, with my story, it was my job to stand up and do something about all the kids who feel like this every day. And I wanted to create something that would address bullying, but in a positive way.” Her ideas resulted in a free lunch-planning app called Sit With Us, that was just released on September 9 in the iTunes App Store.

Above image via Carolyn Hampton 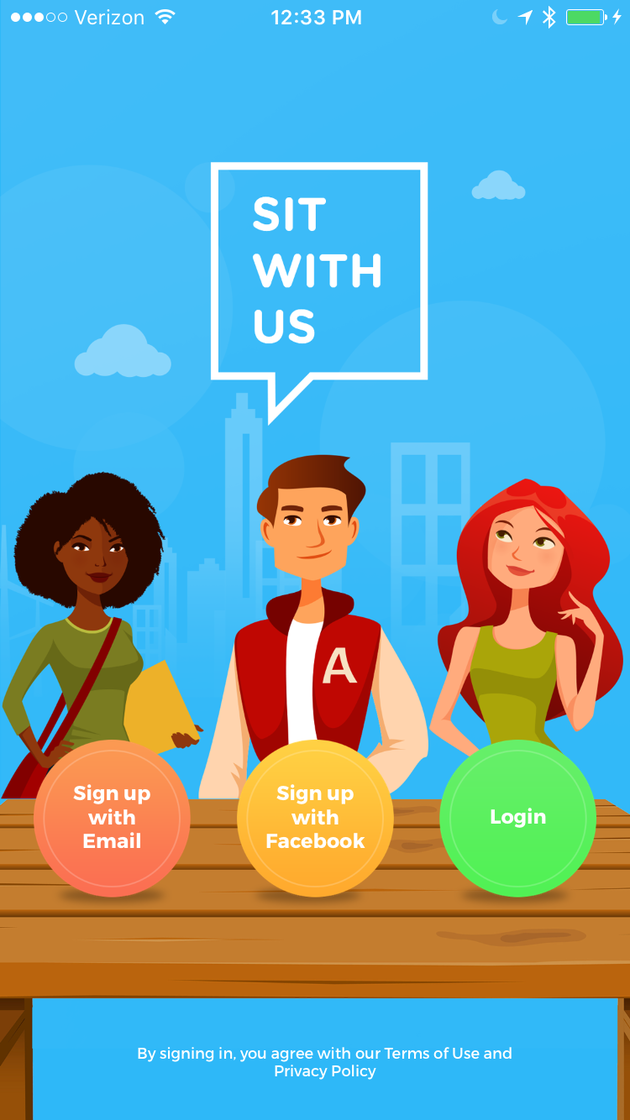 Hampton describes the app's design and purpose: “Kids can sign up as Ambassadors for a Sit With Us club and agree to post open lunches so that anyone who has the app and has nowhere to go can find a table and hopefully make some new friends.” She stresses that social media, rather than face-to-face interaction, is the best tactic for preventing public rejections because it is private. “It's on the phone,” she says. “No one else has to know. And you know that you’re not going to be rejected once you get to the table.”

This app may also be the progress needed to eliminate bullying in schools. “Bullying is more rampant than ever … with social media being a prime cause. (This) app … is as kind as it is necessary,” says Jim Delisle, a retired education professor. “(It) gives a necessary lifeline to kids who need a friend who really, really cares about the kids who often go unseen or are ridiculed.”

In its first week, Sit With Us is receiving positive feedback from users, especially at Hampton's school. “People are already posting open lunches at my school,” she says. “So I'm very excited that things are already kicking off with a great start.”

All images via Sit With Us App unless otherwise stated.