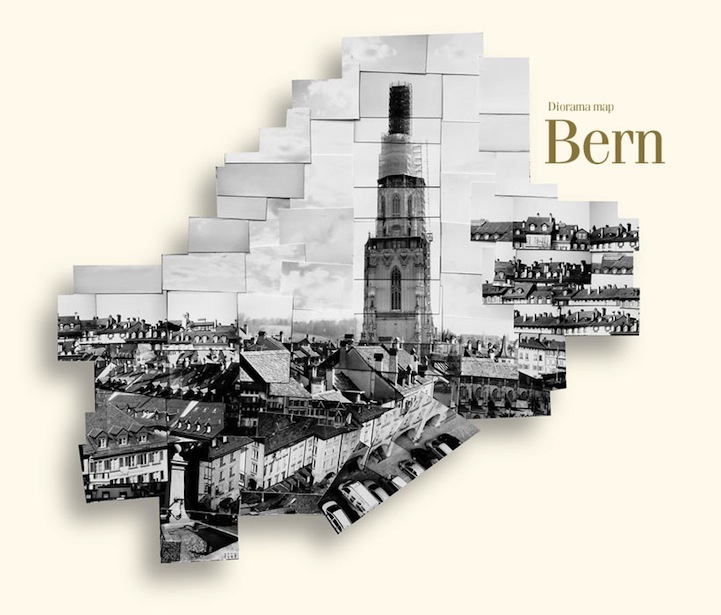 Every city has its landmarks and signature aesthetic that sticks in a traveler's mind, allowing one to fondly recall a location based on these visual characteristics. New York has the Empire State building, Statue of Liberty, and crowding skyscrapers while Paris has the Eiffel Tower and the Louvre amidst its distinctive architecture. Based on memory, Japanese photographer Sohei Nishino documents the great cities he has had the good fortune of visiting and capturing on film by compiling massive composite photographs in his series titled Diorama Map.

Nishino manages to encapsulate the visual essence of major cities across the globe through clever editing and meticulous assembly. The photographer walks all across each city he visits, spending anywhere from one to six months at his destination, capturing thousands of shots per location. He proceeds to construct photomontages that reflect how he remembers the mapping of each place, based on the most notable sights of the area.

The ongoing project isn't intended to be an accurate depiction and goes beyond basic collaging. The photographer layers his photographs atop and beside one another and then proceeds to take a photograph of the completed image to provide a photographic product for viewers to examine and reflect upon. So far, there are thirteen “maps” but Nishino plans on continuing his traveling photography series, hoping to include Barcelona and Venice in the near future.

Diorama Map is currently on display at the Festival Images in Vevey, Switzerland through September 30, 2012. 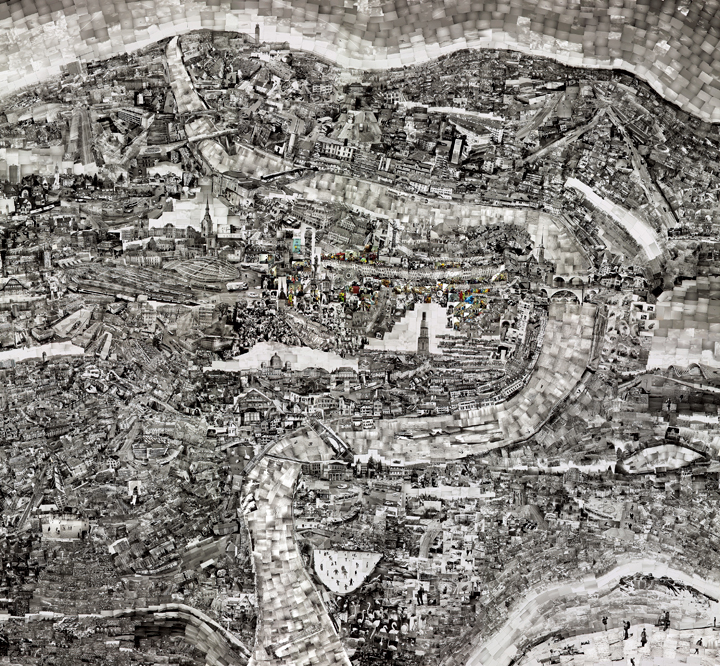 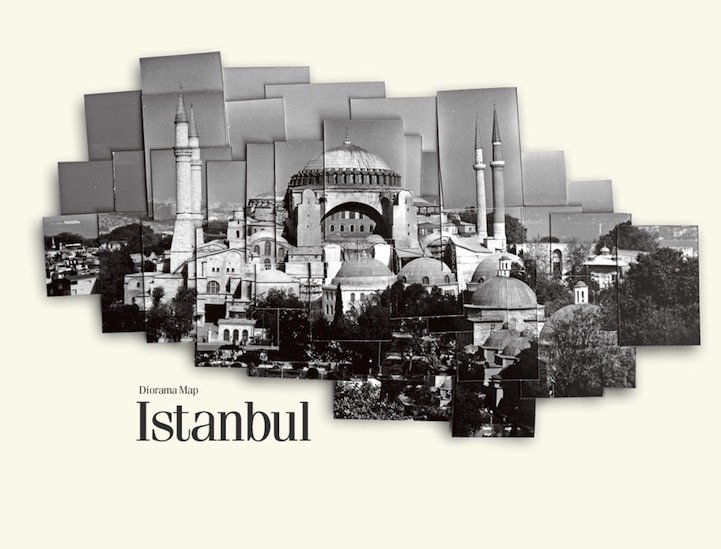 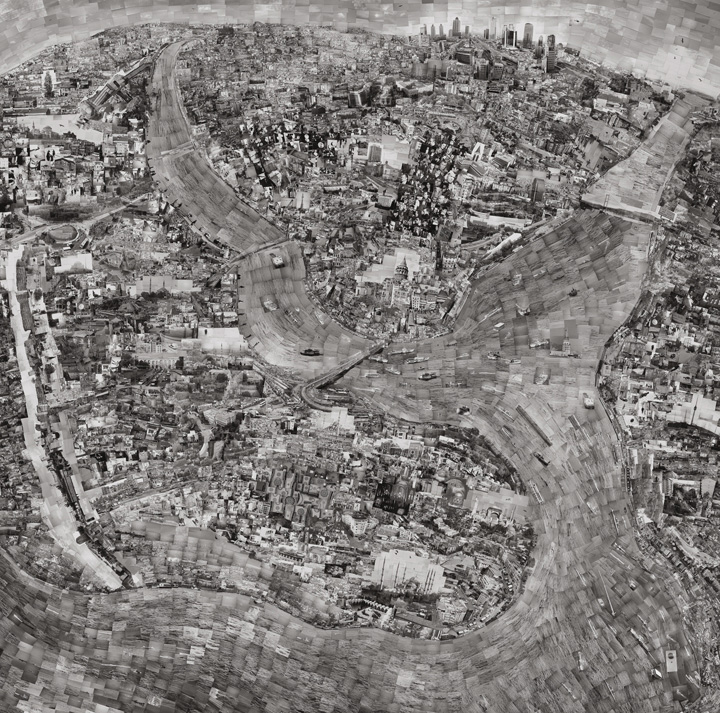 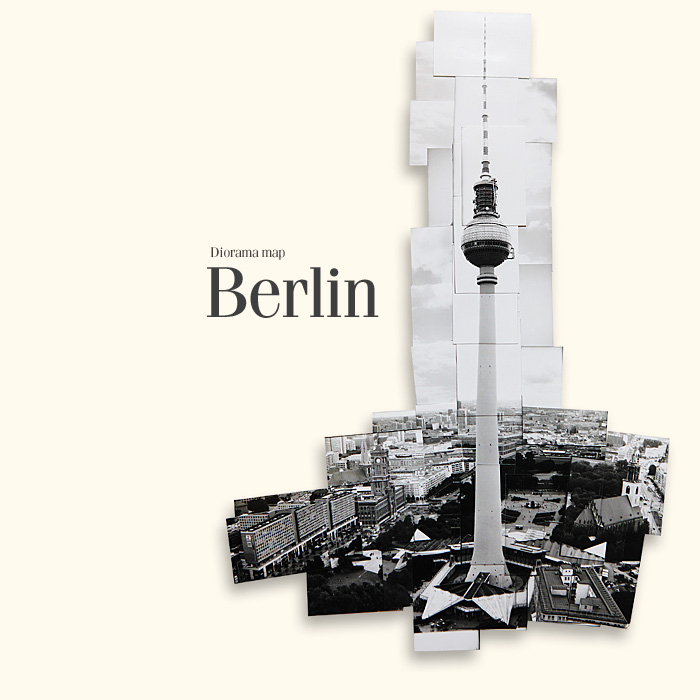 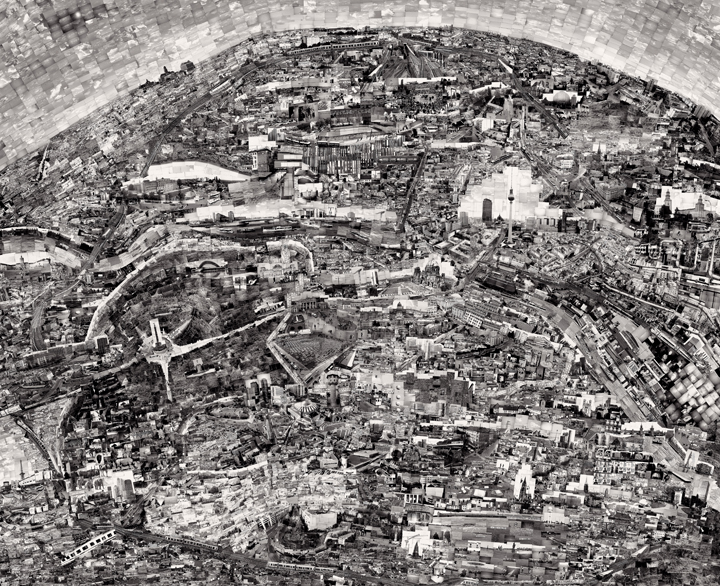 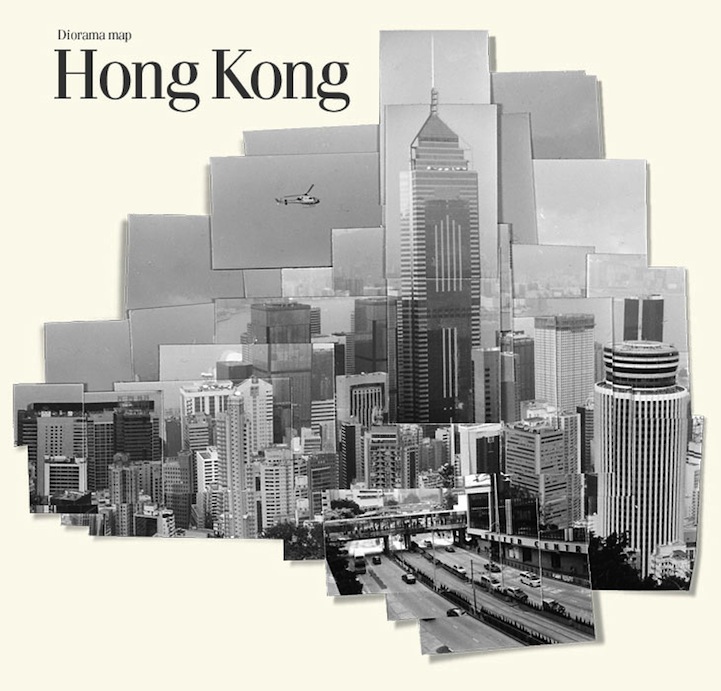 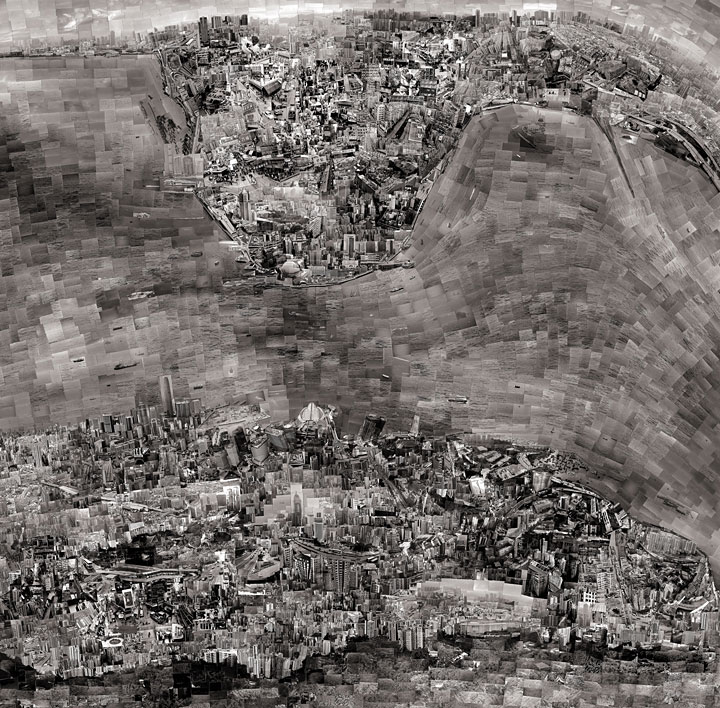