Third-grader Joshua Bass went to school thinking that it was going to be a normal School Picture Day, but it turned out to be so much more. For an entire year, Corporal James Bass had been deployed in Kuwait and was coming home on leave. To surprise his son, the remarkable father decided to show up to Joshua's elementary school and photobomb his school picture.

After the photo was taken, the photographer showed the eight-year-old the snapshot, but he didn't quite know what was going on. Then, he turned around, saw his father standing there, and immediately ran into his arms. In the midst of their moving embrace, Joshua says to his father, “You still got it.” 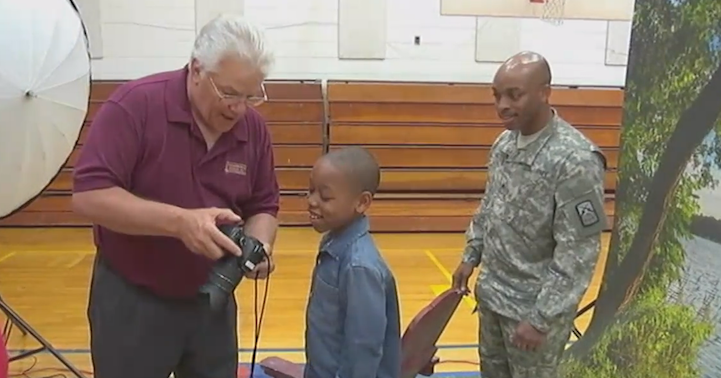 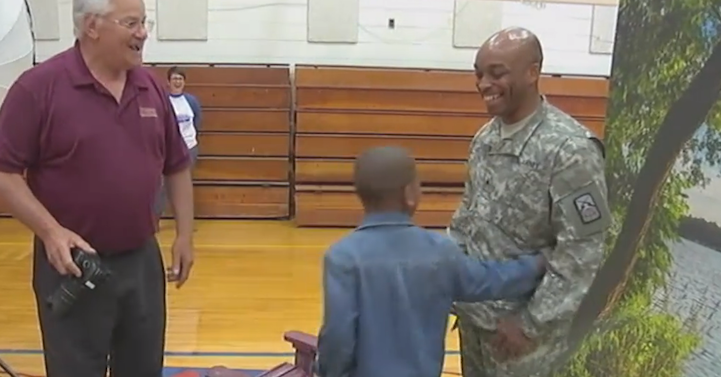