The Magical Way Hats are Made 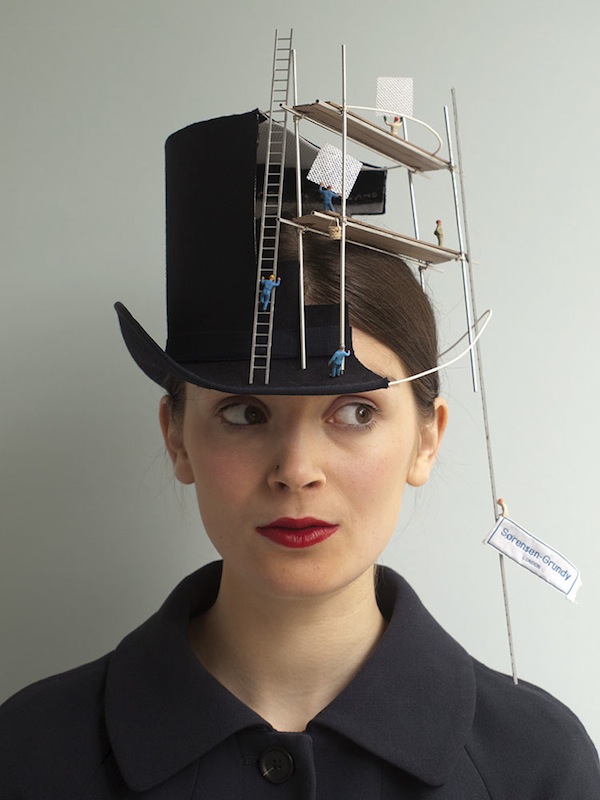 Ever want to know how hats are actually made? You're in luck! Sara Grundy of Sorensen Grundy Milliners will let you in on the secret. After dark, in the millinery workroom, mini maintenance workers construct hats in the most clandestine way. Here she shows us, in pictures, what actually goes on when no one is looking.

“The impulse behind making the hat was based on a combination of factors,” said Grundy when we asked her what the inspiration was behind this idea. “There has always been a tradition in millinery to make miniature versions of traditional hat shapes such as the Victorian mini top hat and as a company we have tended to play with scale quite often making mini trilbies, berets, top hats and other classic shapes. We wanted to take this further by playing with the idea of scale for this piece.

“As we both have children we are constantly immersed in stories and films about miniature worlds, such as Arrietty, The Borrowers and Gulliver's Travels. Revisiting and appreciating these stories as adults has probably encouraged a desire to create something whimsical.

“Model millinery involves a hat being completely hand made and often there is a huge amount of hand sewing involved. Because it's such hard work and takes such a long time we have often daydreamed about having the help of a miniature workforce or leaving something half finished that get's magically completed overnight. We trained together in a millinery workroom making hats for Paris and London fashion shows and know what it feels like to be working away behind the scenes and through the night.

“We like to think that there is humour to our work and as well as wanting to make something that is amusing we also wanted to stretch the definitions of what millinery can be. ‘Construction Overhead' is an imagined scenario, a hat capturing a moment in a fantasy narrative which hopefully offers more than just something to be worn on the head.” 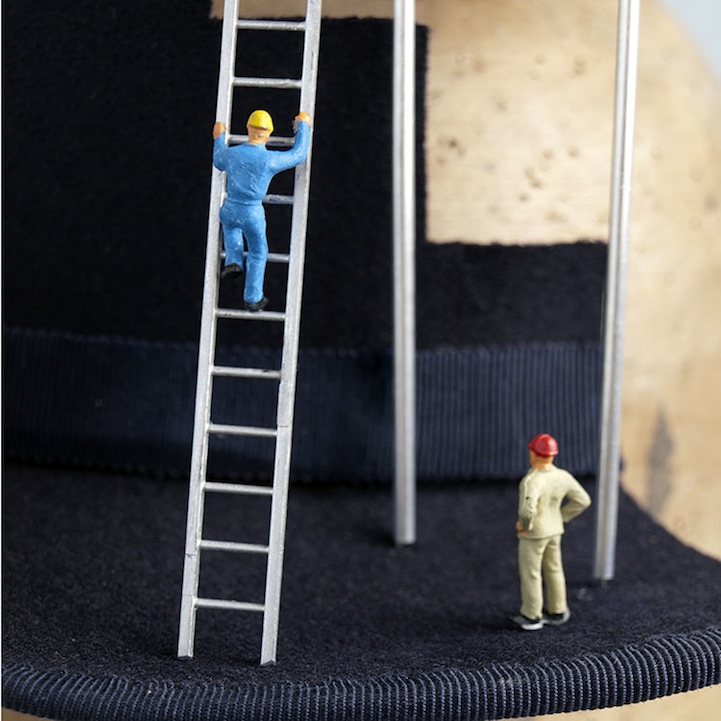 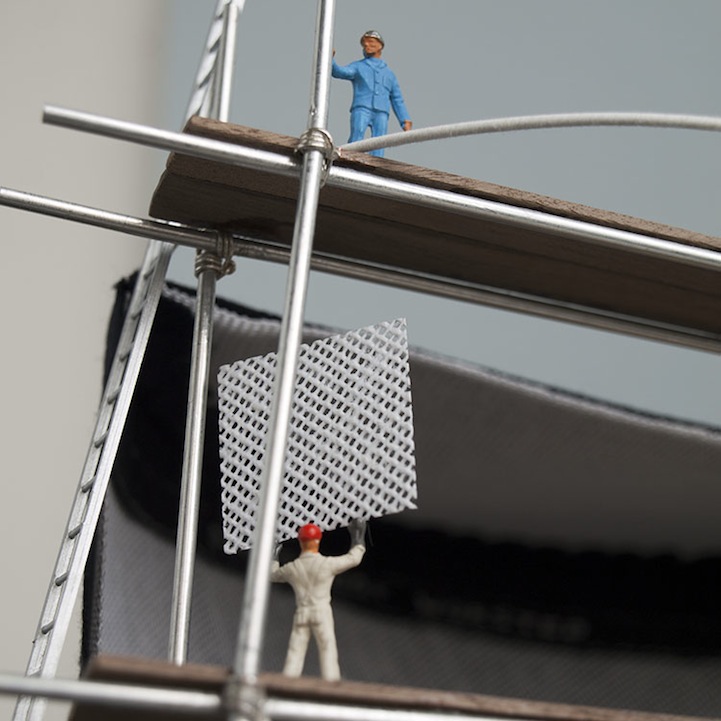 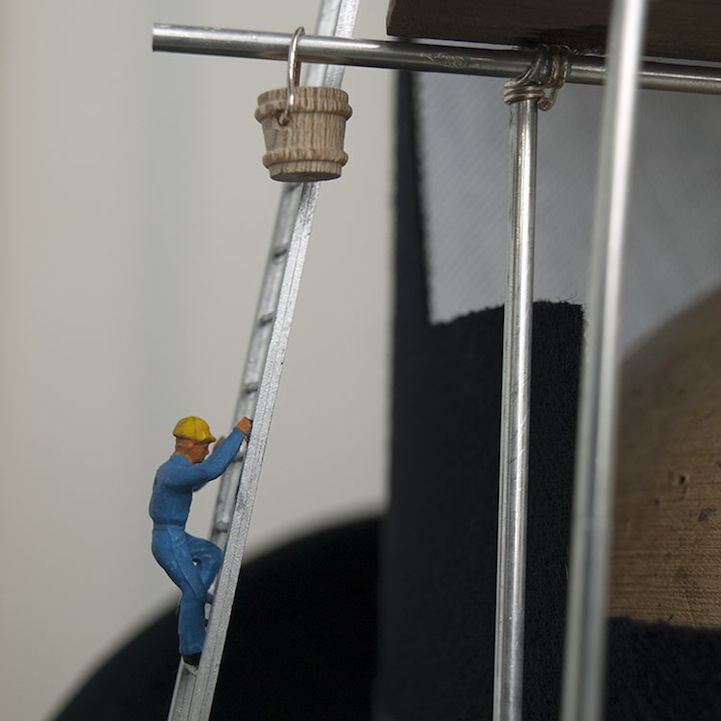 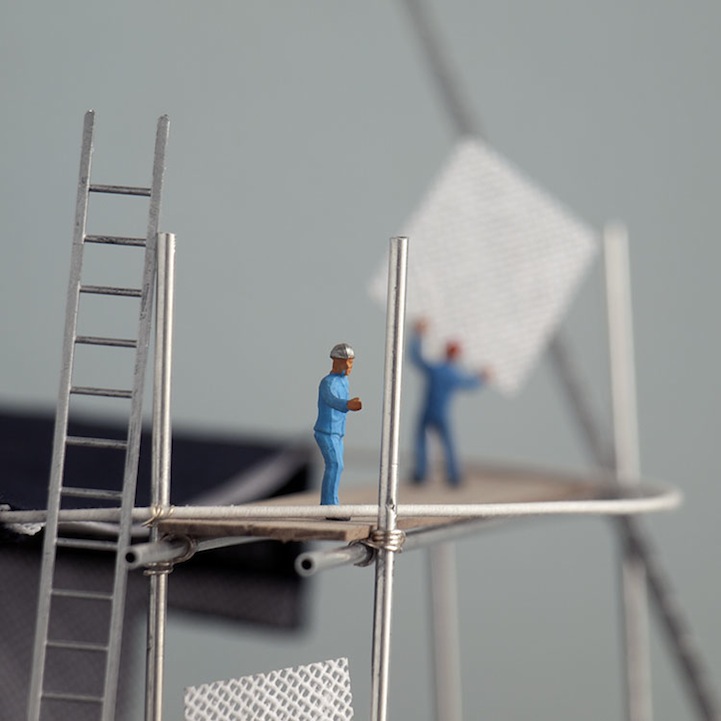 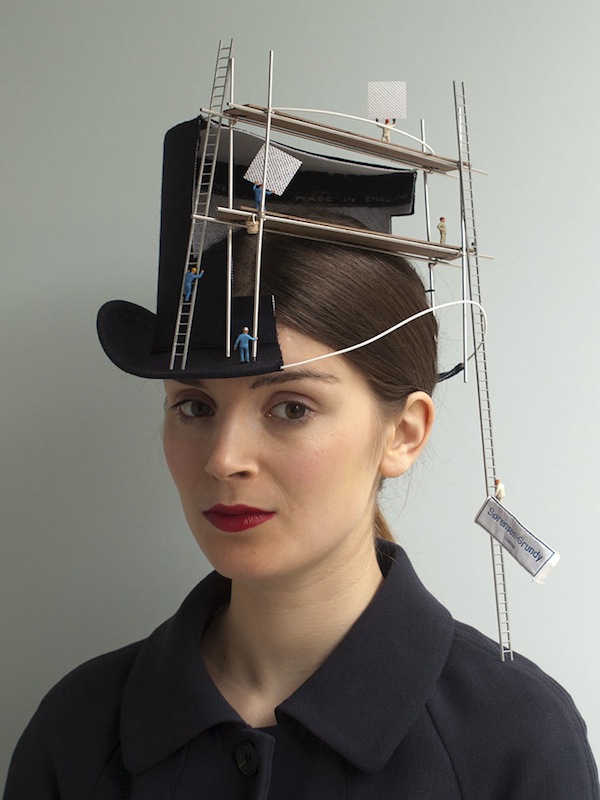