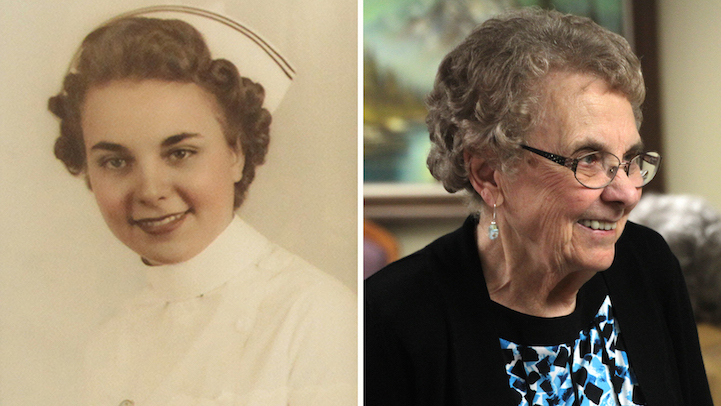 Last month, after a long life through the Great Depression, World War II, and 72 years working as a nurse, Alice Graber retired her title as oldest nurse in the state of South Dakota. At 93 years old, Graber proves that it's never too late to start a new chapter in one's life. Reflecting on her past life as a nurse, Graber told TODAY, “It's always a thrill when you can help somebody else.” Wise words spoken by a kind and passionate woman who never even imagined that she could be a nurse. In fact, it was nursing that helped change Graber's life for the better, over 70 years ago.

Graber's father died when she was just 9 years old and her mother passed when she was 14, leaving Graber and her younger siblings to be raised by her aunt and uncle. Graber was forced to grow up fast and learn all the skills of a homemaker to keep the household going. “I didn't have a very good life growing up, but my mother always said, ‘You've got to get an education,'” Graber recalls. The cost of room and board was too much, but with the help of her Aunt Minnie (a nurse), young Graber was accepted into nursing school. She worked hard and became a registered nurse, working all over Nebraska and later in South Dakota. It was the town of Freeman that she and her late husband Jim (d. 2006) settled to work and have a family. 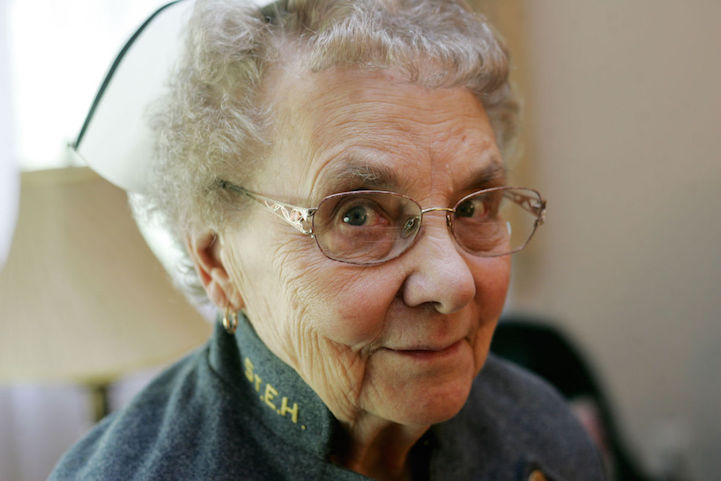 Graber, a great-grandmother of seven grandchildren and five great-grandchildren, was pleasantly surprised last month when the Salem Mennonite Home—the assisted living home she worked at—threw a retirement party for her. 150 people came from the town of 1,300 to honor her and show her how she has touched their lives. The party guests ranged from mothers whose babies Graber had delivered fifty years ago to nurses Graber had trained once upon a time. “She taught us a respect in putting the patient first, which is always what you want,” says Shirley Knodel, a nurse trained by Graber, who currently serves as the administrator for the Salem Mennonite Home. 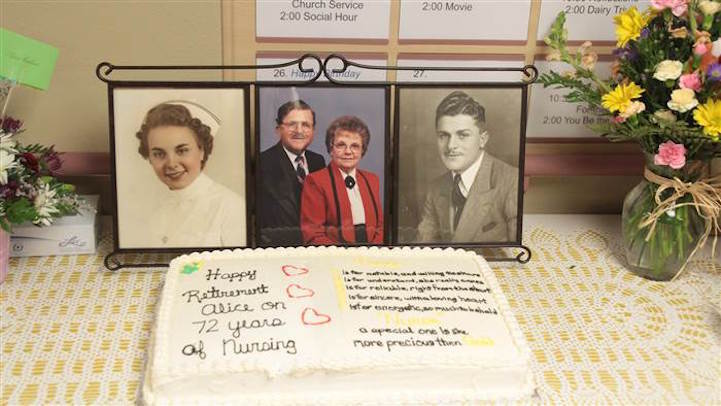 Even though she was older than most of the residents, she was described as an “Energizer Bunny” around the nursing home. Now that she's retired, she plans to be just as active in the nursing community, only now as a volunteer. Graber plans to continue to help feed patients multiple nights per week, and is involved in other organizations around Freeman. Just like the cake at her party says, “A special one is she.” 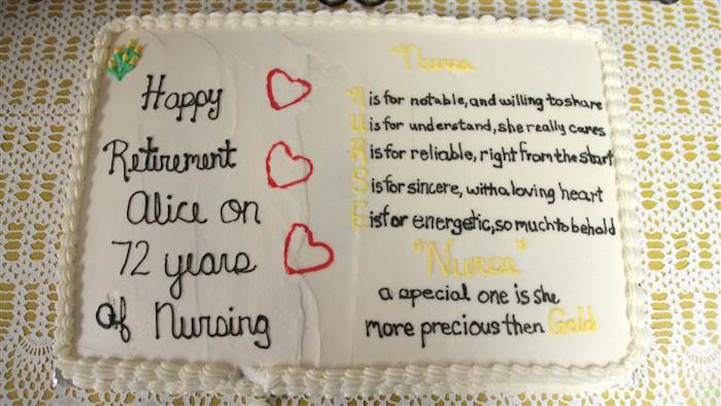 All images via Freeman Courier.