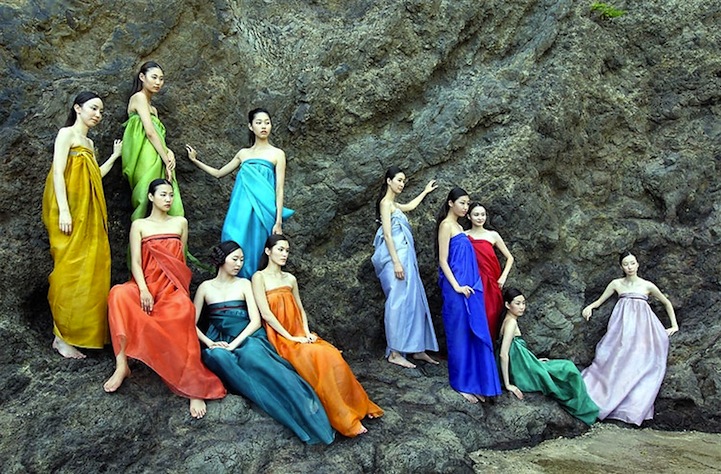 The unthinkable has happened with this bizarre photo shoot: politics and fashion have collided on the Dokdo islets in South Korea. Japan also shares the land and calls it Takeshima. On August 10, South Korean models in traditional outfits posed in this fashion show to promote South Korea's sovereignty over the islands, which Japan also claims.

As The Guardian says about the conflict, “The politically charged nomenclature says everything about the schism these islands have inflicted on bilateral ties, 65 years after defeat in the second world war loosened Japan's colonial grip on the Korean peninsula.” 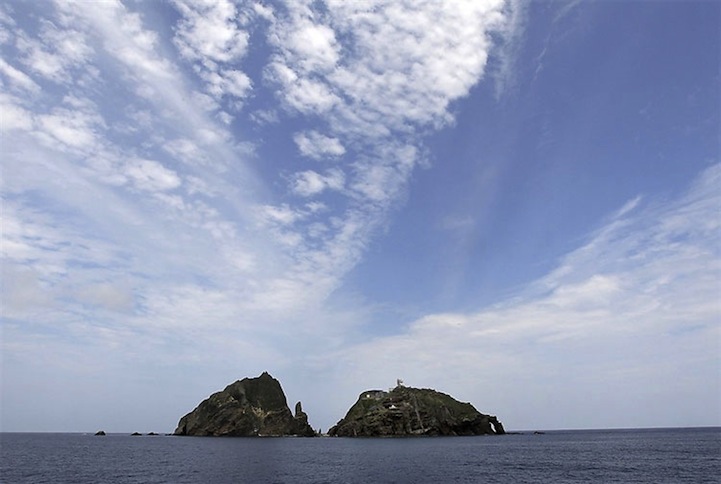 via [Design You Trust]