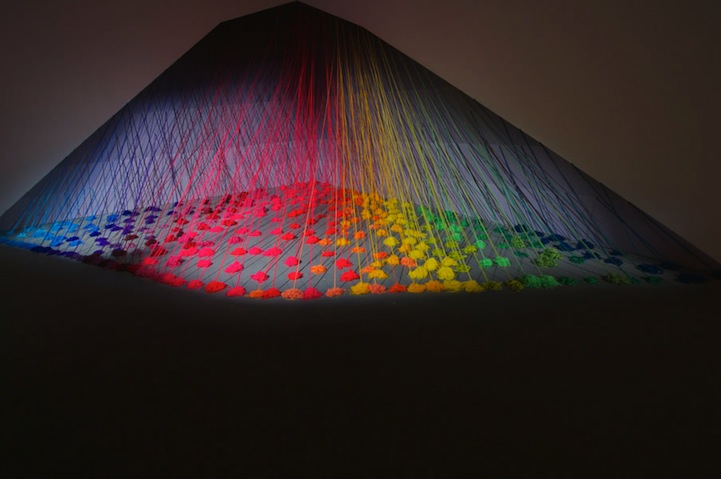 These rainbows are not what they seem. Lee Baker used ten thousand meters of acrylic yarn to create Refractive Monolith, a piece commissioned by The Future Tense. Refractive Monolith is a three-dimensional direct reaction to Baker's paintings, which uses vivid colors to represent cities, dark looming backgrounds and clouds. These represent the indiscriminate forces of nature.

According to the press release, “As with Baker's paintings the joyous colours give a reassuring sense of security, while at the same time the spectrum of laser-like yarn represents the volatile infrastructure and relative weakness of buildings. The gray walls serve to both enhance the colours whilst also alluding to a looming catastrophe…Lee Baker's art practice explores the dichotomy between Japan's fragile, intricate cultural aesthetic and the relentless forces of urbanization that increasingly mark its landscape.”

Check out the “Making Of Refractive Monolith” below. 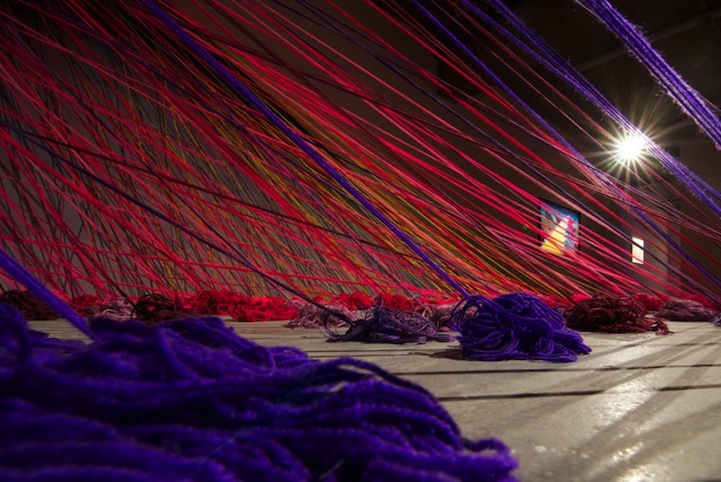 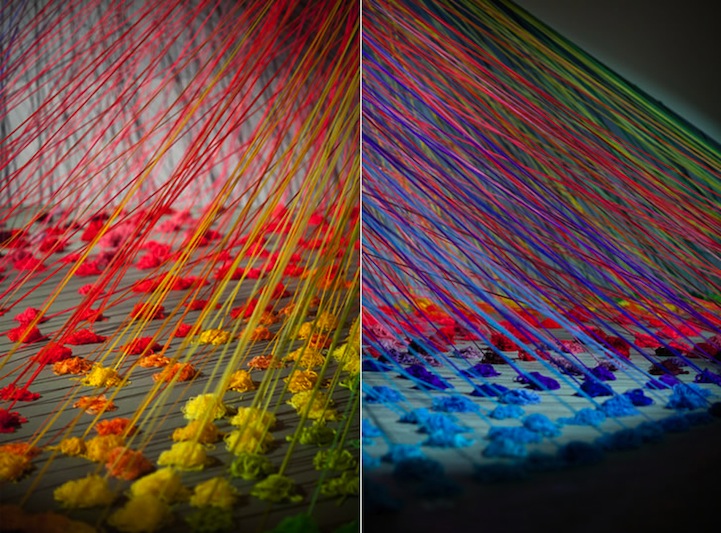 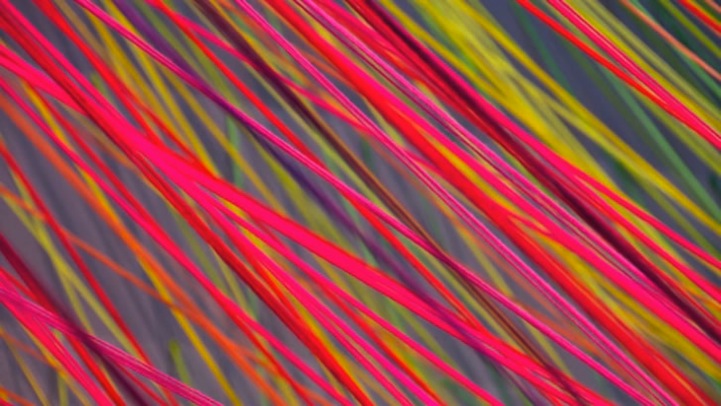 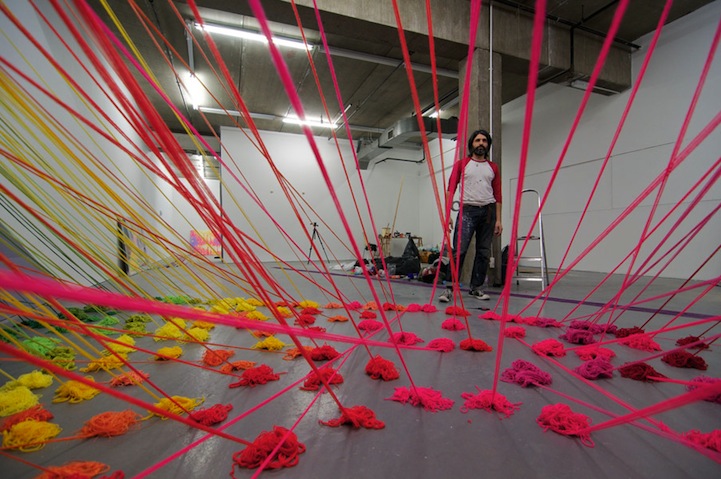