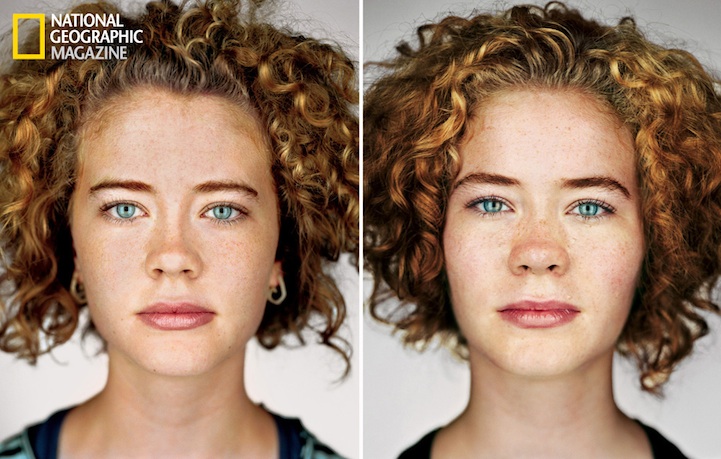 Talk about uncanny! New York-based photographer Martin Schoeller (who you remember from here) recently took photographs of identical twins for an interesting National Geographic story. The intricate details of the photographs, caught by Schoeller's professional camera, exposes every detail of the subjects' faces. By putting portraits of twins side by side, it's easy to see how remarkably similar the two faces look. In fact, it's sometimes hard to tell one from the other!

Check out the National Geographic article to read more about the twins phenomenon.

As they say, “They have the same piercing eyes. The same color hair. One may be shy, while the other loves meeting new people. Discovering why identical twins differ–despite having the same DNA–could reveal a great deal about all of us.”

Above: Marta (left); Emma (right): The 15-year-old sisters want to go to the same university and become opera singers. They both like to draw as well but have a different approach to their art. Marta depicts finely detailed faces, while Emma prefers more expansive images: the sky, the rain, objects in motion. 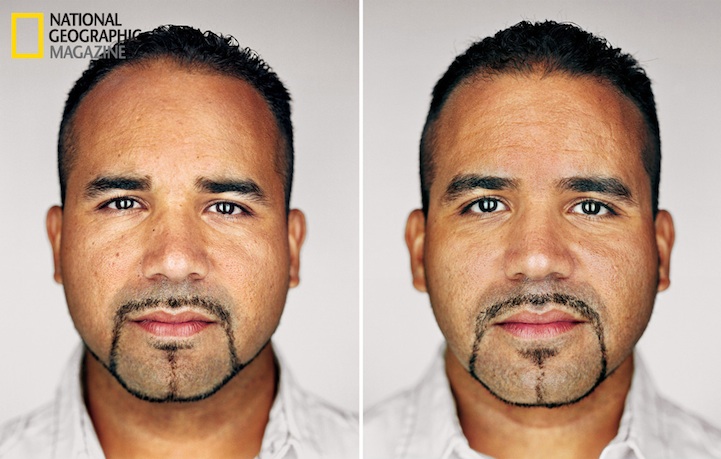 Ramon (left); Eurides (right): As infants, Ramon and Eurides looked so much alike that their mother gave them name bracelets so she wouldn't get confused and feed the same child twice. Today at age 34, the twins are next-door neighbors in Florida, living in identical custom-built houses. A topic of family debate: Who has the fuller face? Ramon says it's Eurides. Eurides (and the mother) say it's Ramon. Mom thinks it's because she mistakenly gave Eurides's portion to the other twin. 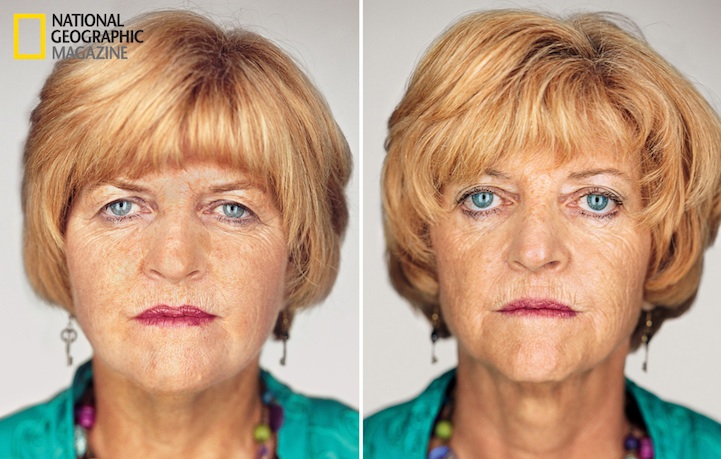 Loretta (left); Lorraine (right): When Loretta was diagnosed with breast cancer three years ago, Lorraine was in the doctor's office with her. Loretta asked if Lorraine should be checked as well. The doctor discovered that Lorraine also had breast cancer. After receiving treatment, the sisters are both in good health. 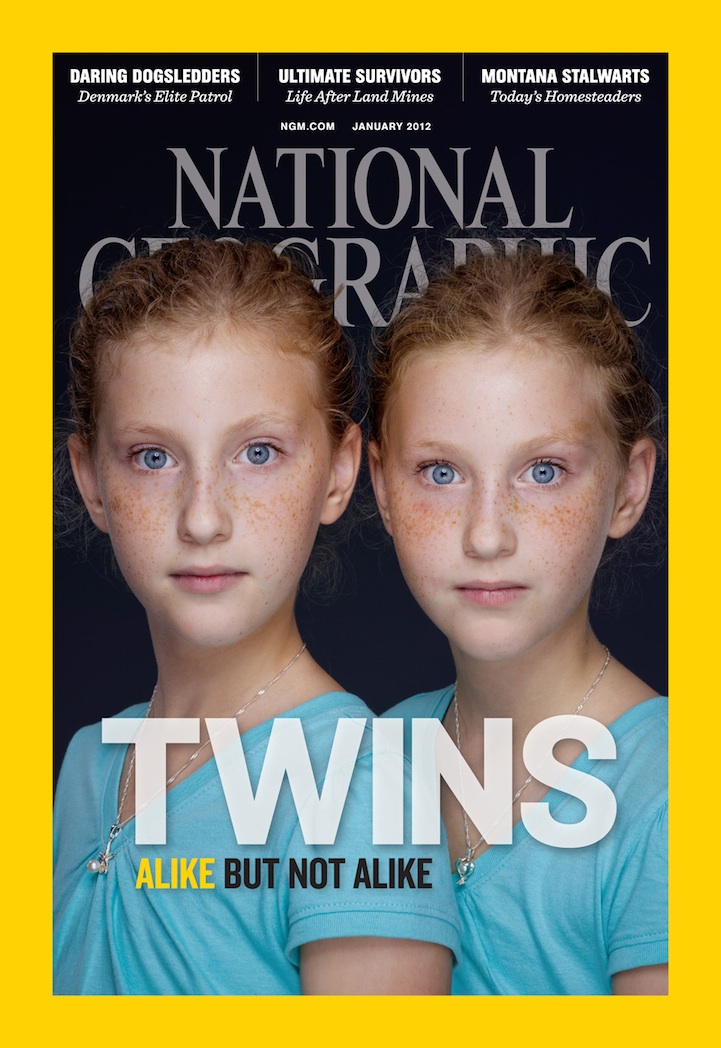 This article is in the January 2012 issue of National Geographic magazine, which was on newsstands beginning December 27, 2011.