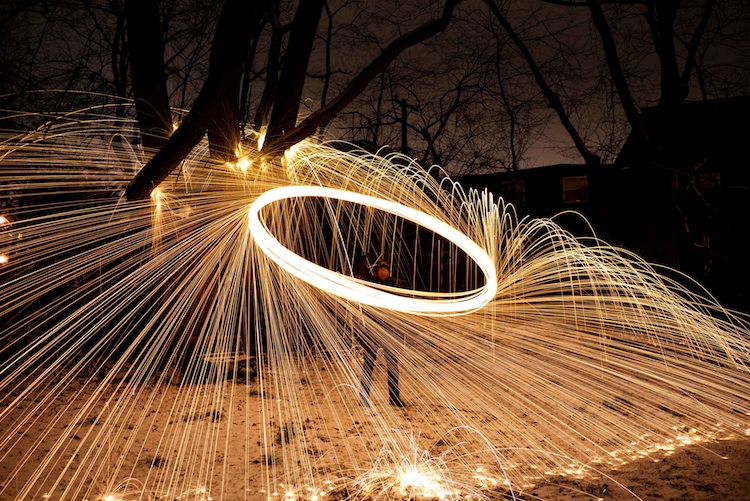 Steven Shubert just wrote to us to share with his stunning steel wool photography. Though we'd seen this technique done before, Shubert's really stood out because of his interesting choice of backgrounds and his very crisp, well-executed shots. (Especially love the last photo, in this set, where it looks like it's, literally, raining fire.)

Living in Indianapolis, Indiana, Shubert says that he has “an ample supply of abandoned industrial spaces” which inspired him “to find an art form that is adapted to this context.”

“I think the biggest challenge of this technique is finding a good location,” he tells us. “Photographing this can quickly become repetitive and clich if a good setting is not selected. I like to juxtapose the images of combustion with former industrial settings, which here in the Rustbelt, were once hellish furnaces of coal coke and steel production. Using a defunct coal coke processing plant as the backdrop brings for a moment, in the old days, when fire was a tool and means of production.

“Natural features also work well with spinning wool, creating an uncanny juxtaposition between the Promethean fire of man and the natural environment; the almost audible violence of a firestorm breaks the ambient serenity.” 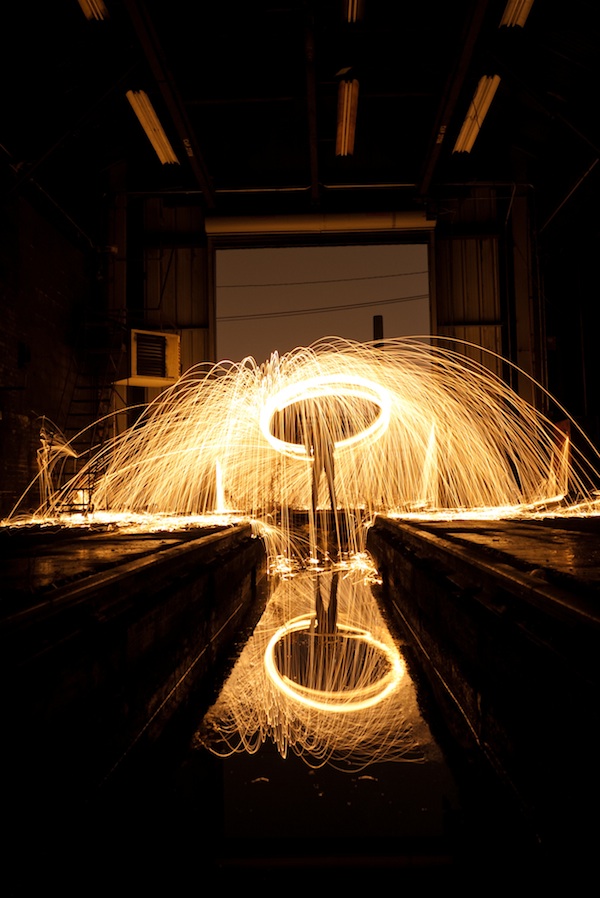 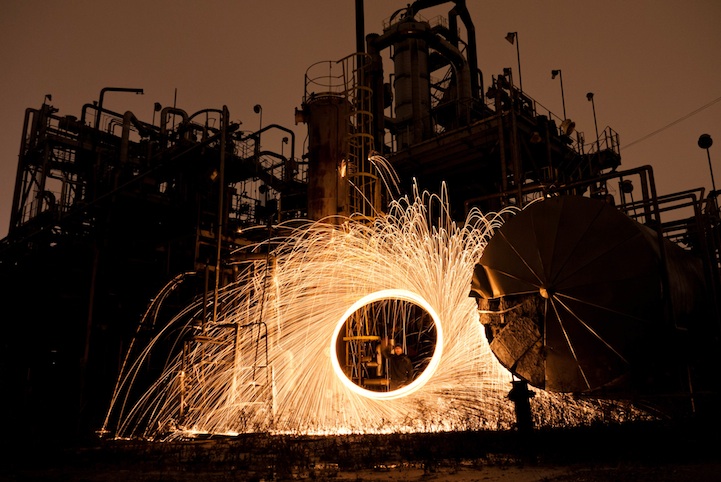 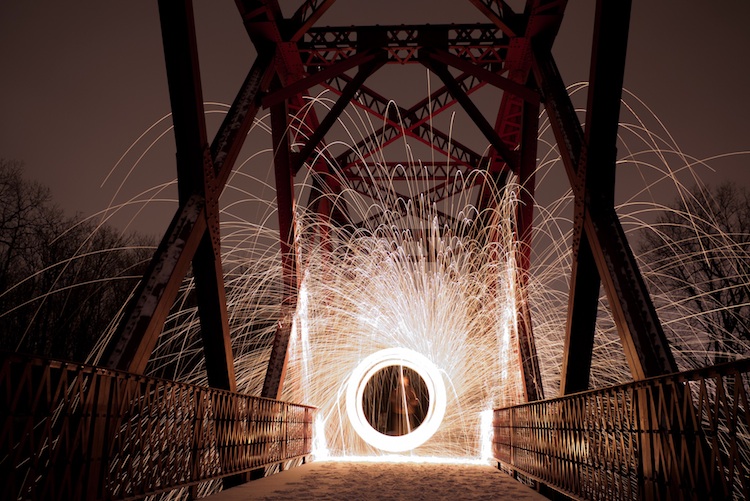 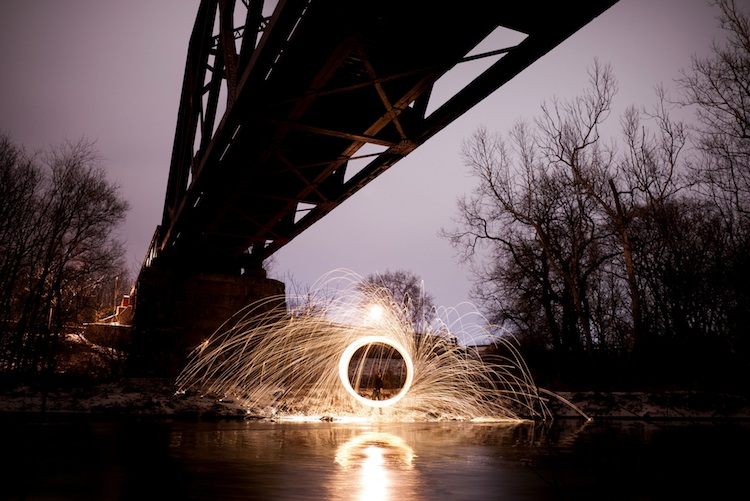 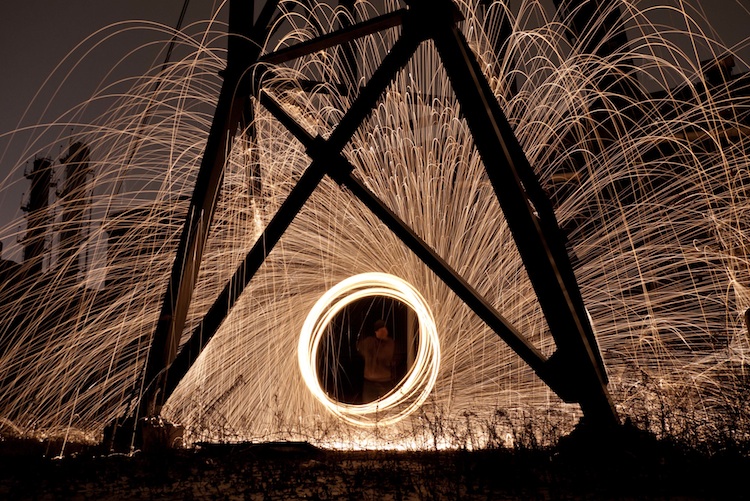 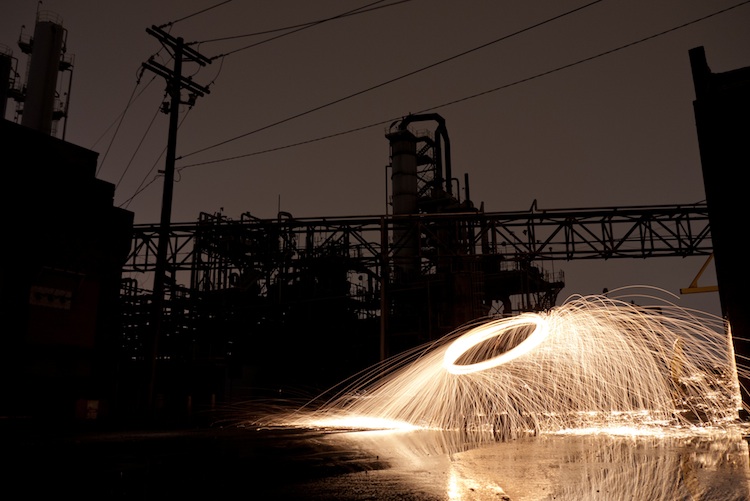 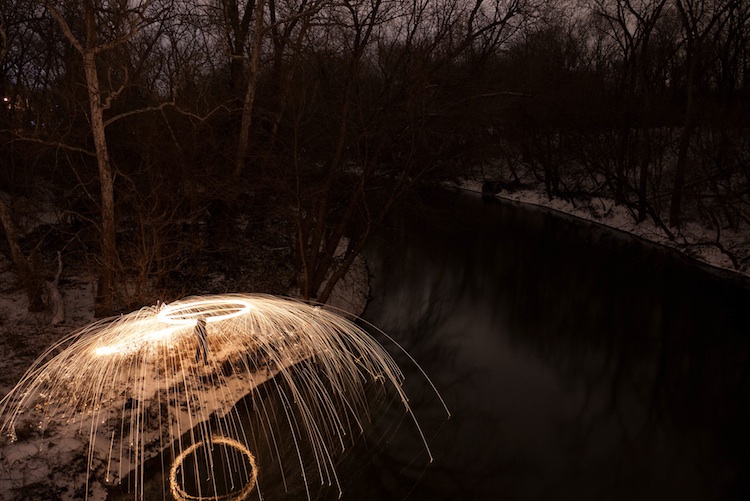 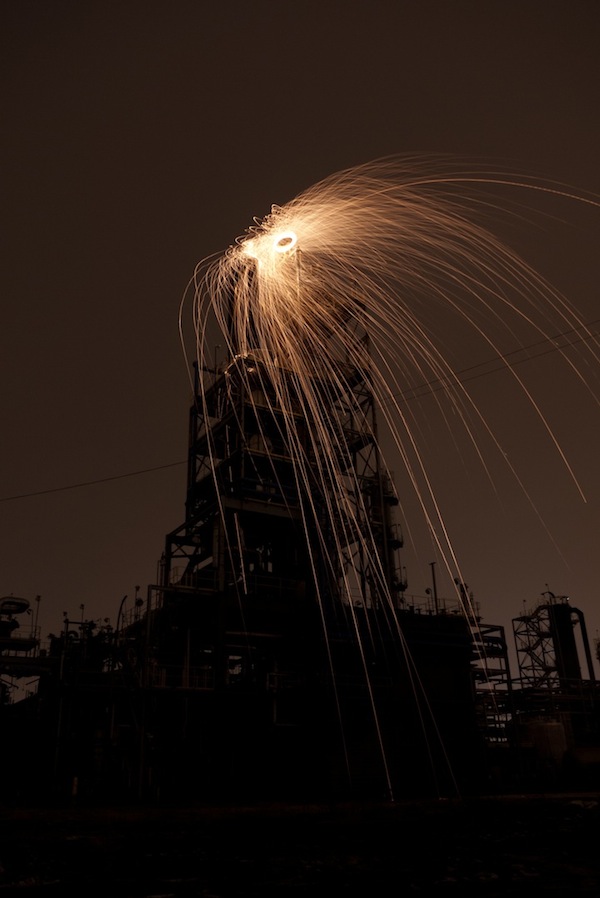 When asked how these shots were done, Shubert even gave us an inside look at his process. “The technique is really low tech, I take steel wool, must be a 0 to 0000 grade fineness, and load it into a suet cage. This is a cage used to hold bird food or fat mixture, you can buy at any hardware store,” he says. “This is attached to a steel cable at about arm's length. The wool can be ignited by touching a 9-volt battery to it. Once it's lit, start spinning and have someone press the shutter release.