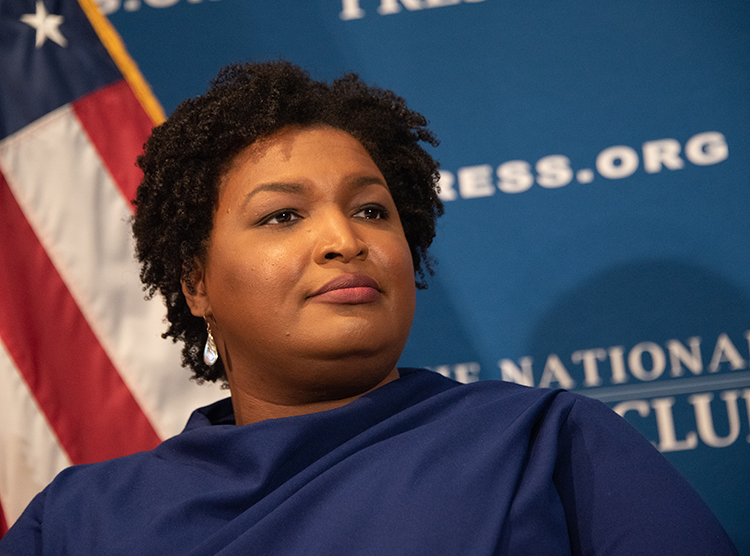 Every December, the Norwegian Nobel Committee presents the prestigious Nobel Peace Prize in the presence of the King of Norway and dignitaries from around the world. Alfred Nobel—a 19th-century Swedish industrialist and inventor—established the honor as part of his legacy of Nobel Prizes which are awarded yearly in Physics, Chemistry, Physiology or Medicine, Economics, Literature, and Peace. The Peace Prize often garners special attention. Barack Obama, Elie Wiesel, and Malala Yousafzai are among the winners of the award. As nominations for the 2021 laureate close, American lawyer, politician, and voting rights advocate Stacey Abrams is among the international group of nominees.

Nominees for the Nobel Peace Prize can be put forth by many people—including academics, parliament members, and former winners. Those nominating someone may choose to publicly disclose their nomination, which will then be considered by a five-member Nobel Committee. The Committee creates a short-list which then goes to further review by experts and an eventual final decision. The road to the million-dollar prize is long for a nominee, but it begins with a nomination. While most winners have been individuals or groups of specific people, organizations can also receive the prize. The European Union won in 2012, and the recipient in 2020 was the World Food Programme.

Abrams was nominated recently by Norwegian parliament member Lars Haltbrekken, who explained, “Abrams’ work follows in Dr. Martin Luther King Jr.’s footsteps in the fight for equality before the law and for civil rights.” According to Reuters, he announced, “Abrams’ efforts to complete King’s work are crucial if the United States of America shall succeed in its effort to create fraternity between all its peoples and a peaceful and just society.” Dr. Martin Luther King, Jr. won the Nobel Peace Prize in 1964, the same year the monumental Civil Rights Act was passed in the United States.

Abrams—a graduate of Yale Law School—hails from Georgia, King's home state. She served in the Georgia House of Representatives from 2007 to 2017. In 2018, she ran as the Democratic candidate for governor and lost by only two percentage points to her opponent Brian Kemp. The election year saw massive purging of voter rolls—significantly impacting communities of color—which focused national attention on the barriers to access which voters face both in Georgia and across the nation. To address these issues, Abrams founded Fair Fight 2020; her work to expand voter registration and access across her home state of Georgia has been widely lauded as pivotal to the Democratic victory in the state in 2020.

There are many people and organizations nominated every year. However, of the 107 individual winners since the prize's inception only 17 have been women. Including all other Nobel Prizes, only 16 Black winners have been honored (12 of that number with the Peace Prize). The winner of the 2021 Nobel Peace Prize will not be announced until next December, but to follow the process of the prestigious award, check out the Nobel Prize website. 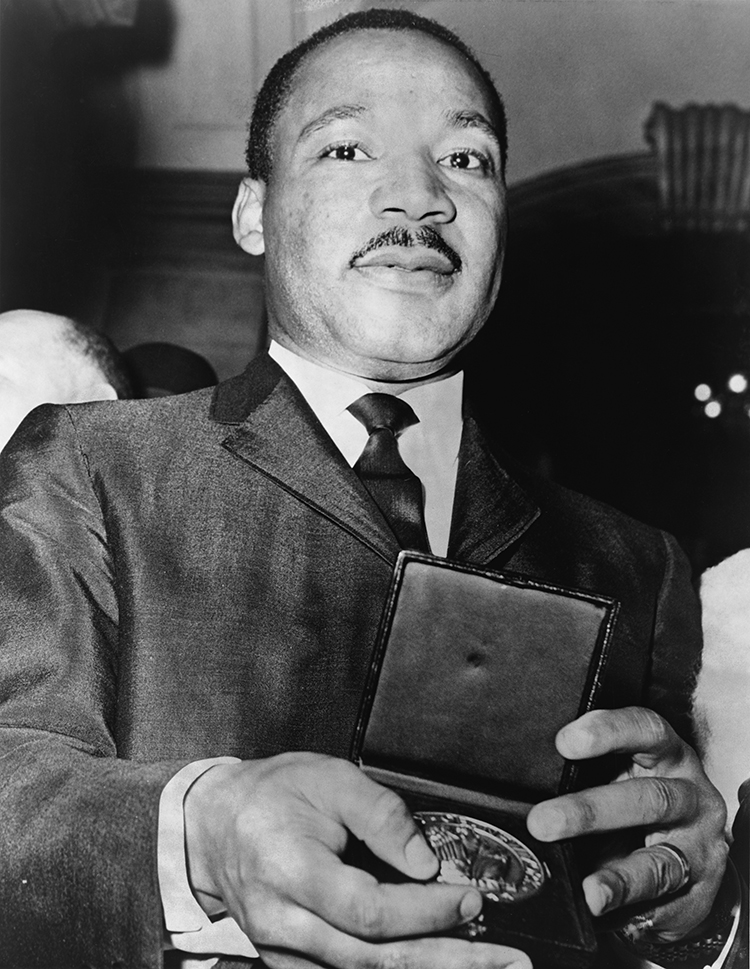 Martin Luther King Jr. with the medallion presented upon his winning the Nobel Peace Prize in 1964. At the time, King was the youngest recipient to ever receive the honor. Photographed by Phil Stanziola. (Photo: Library of Congress Prints and Photographs Division)