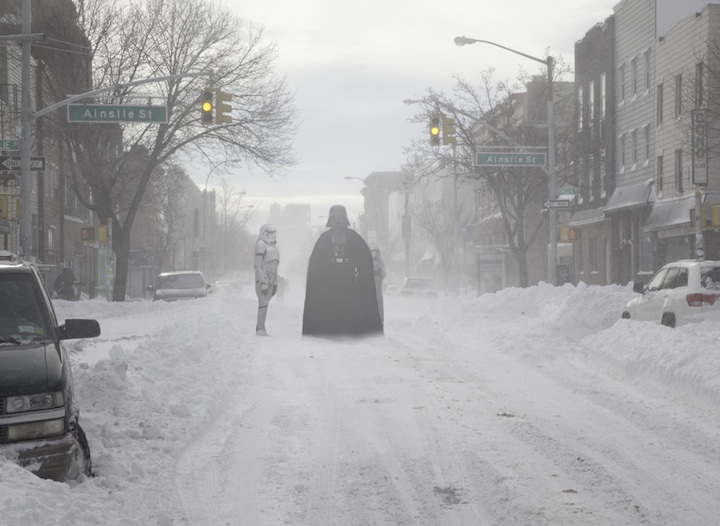 If you were in New York City when it got hit with last year's crazy snowstorm, you'll know that the streets looked like something out a movie. For Williamsburg resident Henry Hargreaves, they resembled the famous ice planet Hoth from Star Wars. After being snowed in for a very long time, Hargreaves started watching his favorite Christmas trilogy, and then, in his words, “wham-oh” he thought, “why not create a series titled Hipster Strikes Back!“

Using the pictures he'd taken from around his neighborhood, Hargreaves went back home and added familiar Star Wars characters like AT-AT, Darth Vader and C-3PO into his scenes. He sent these to Gothamist.com for a laugh and they ended blowing up over the internet. “If I knew it was going to go viral I would have done a better job retouching them,” he tells us.

As his full-time job Hargreaves is a still life and concept photographer who just published his first book called 3DD which Cool Hunting named as one of their top five books of 2010.

So, did anything change after his series went viral? “Having you interview me was way cooler than all the strange Facebook friend requests that flooded in,” he jokingly says. 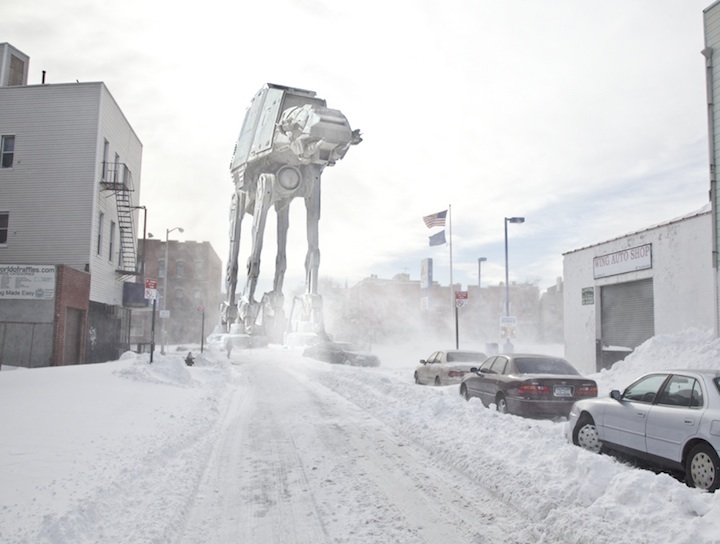 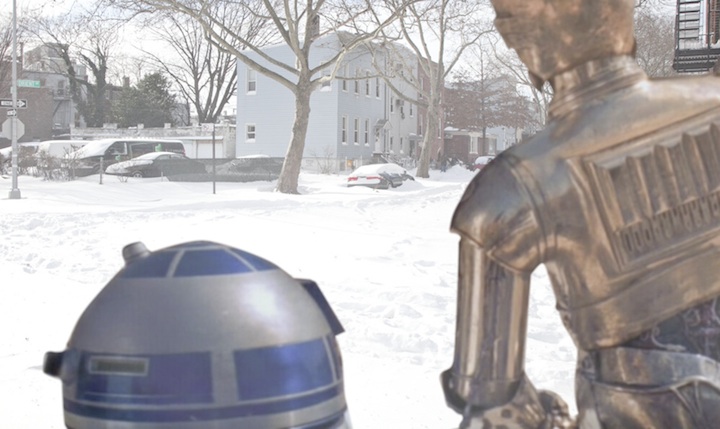 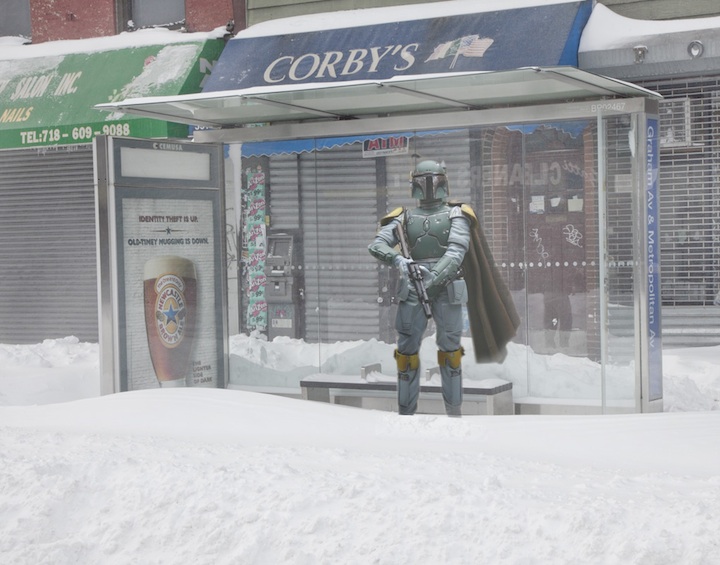 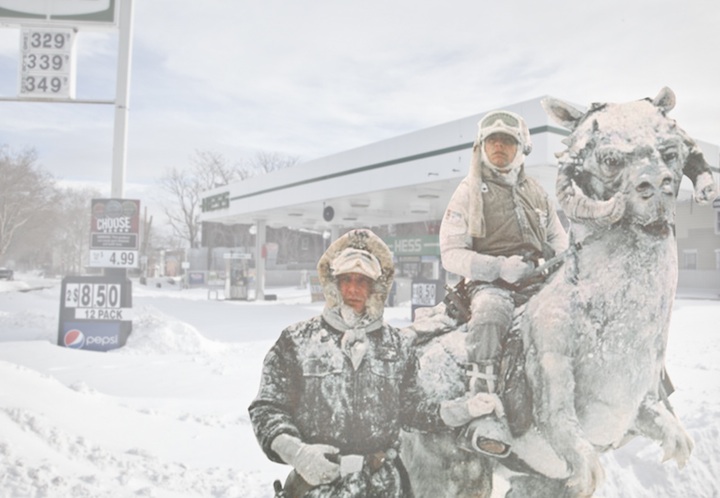