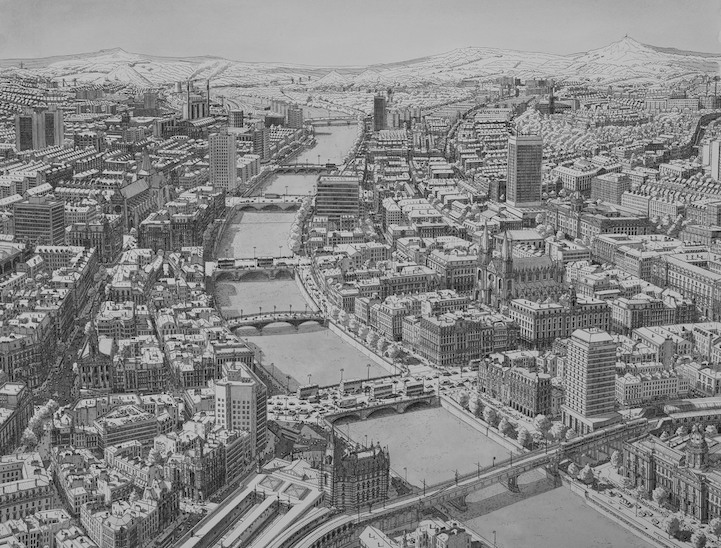 Netherlands-based artist Stefan Bleekrode has the incredible ability to work straight from memory and create newly-imagined but highly realistic cities. His series titled Cityscapes features places in the United States and Europe drawn in stunningly minute detail. Bleekrode's inked artworks include thousands upon thousands of windows on buildings, ornate architecture, and even people walking down the streets that are all done in a bird's eye view.

The artist describes his work as snapshots of things that he's seen when traveling or going through his daily routine. Sometimes, he'll draw a close representation of what a place is really like, such as Washington Square Park in New York City, but he'll make a few changes to the buildings. Bleekrode also combines elements of multiple cities into a single picture that conveys the feel of several places at once.

With his amazing knack for transcribing every little detail, it should come as no surprise that Bleekrode's works are labor-intensive. He writes that many drawings take him between four and five months to complete!

Above: City in Ireland 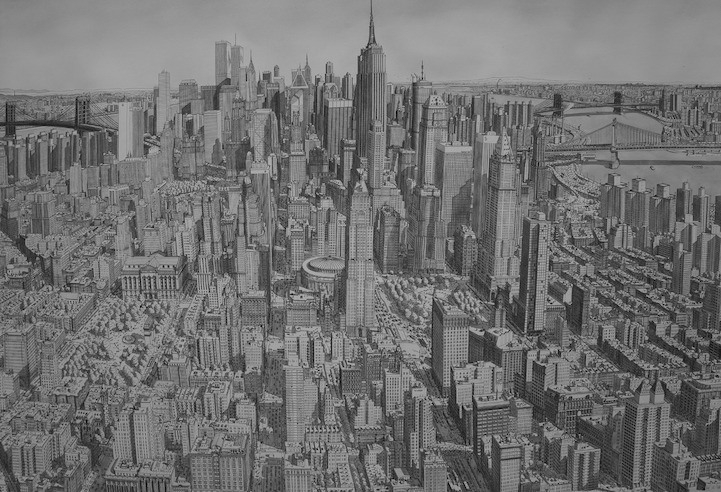 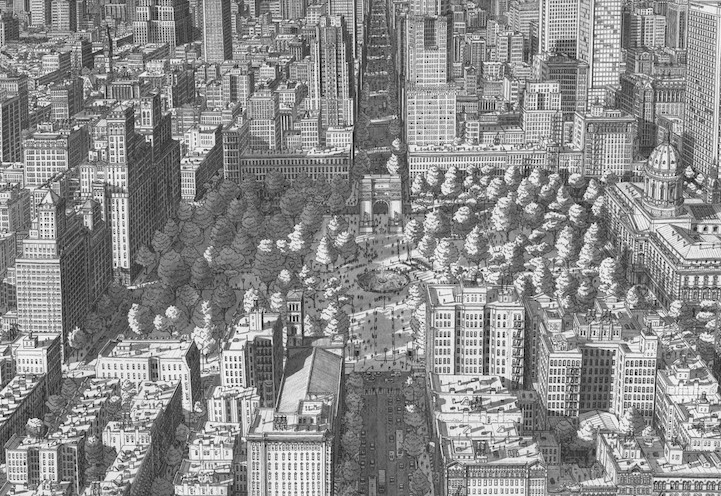 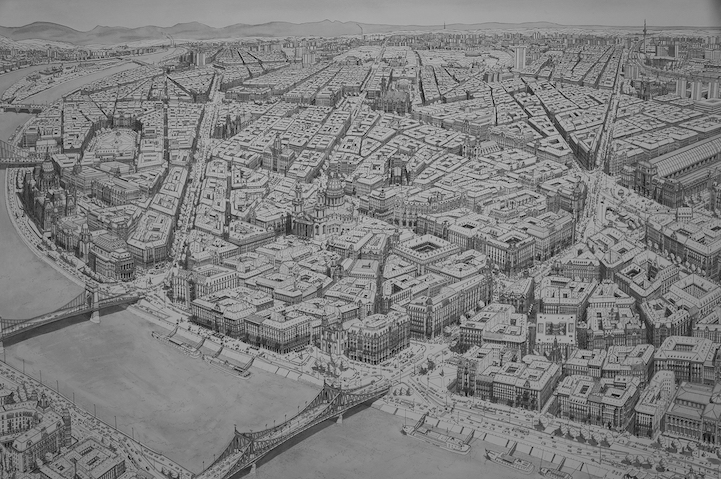 City by the Danube River 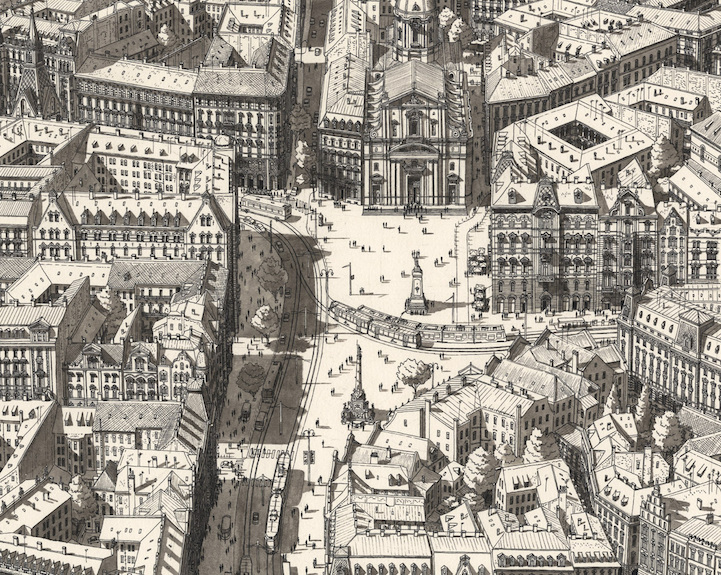 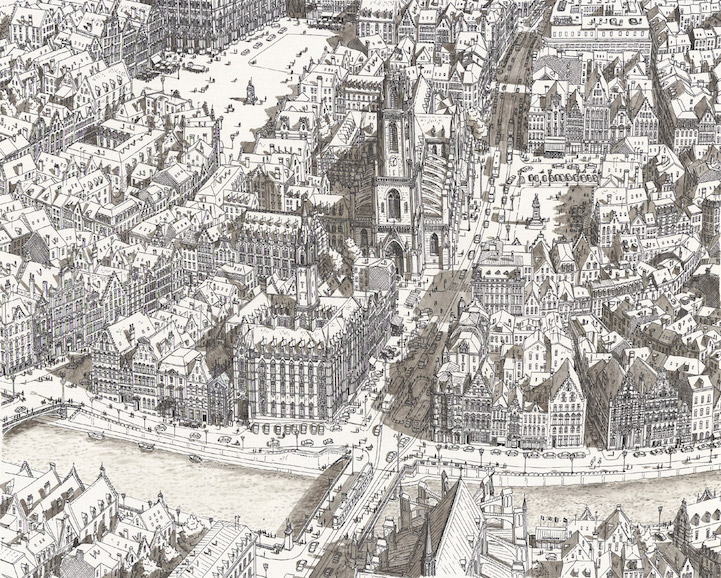 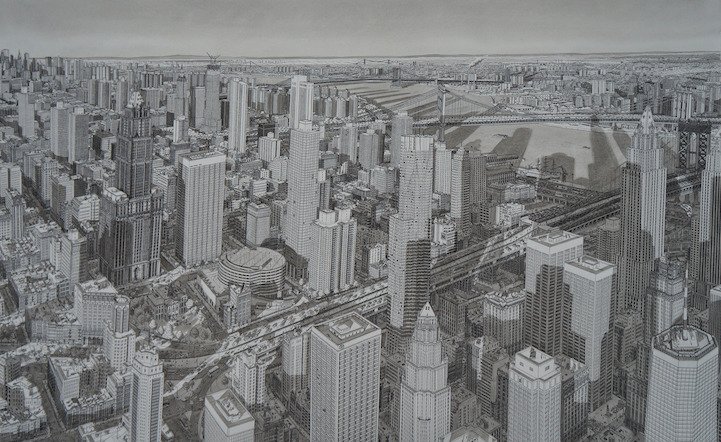 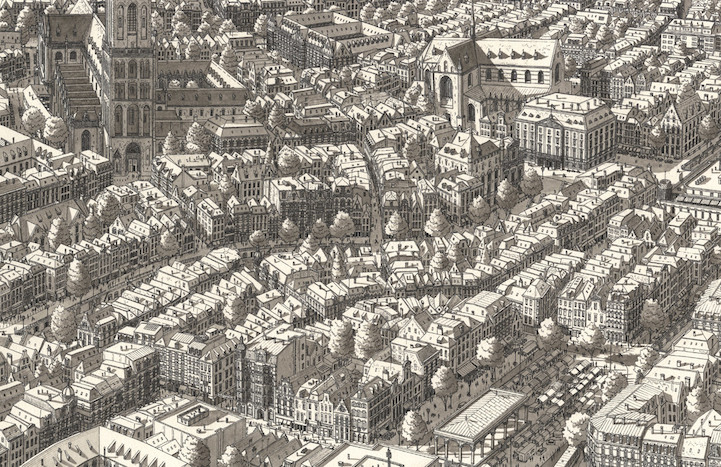 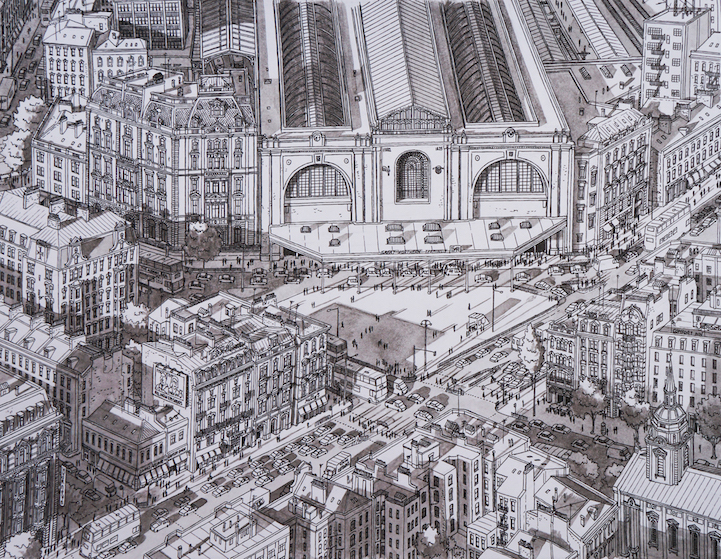 Railway Station in a British City 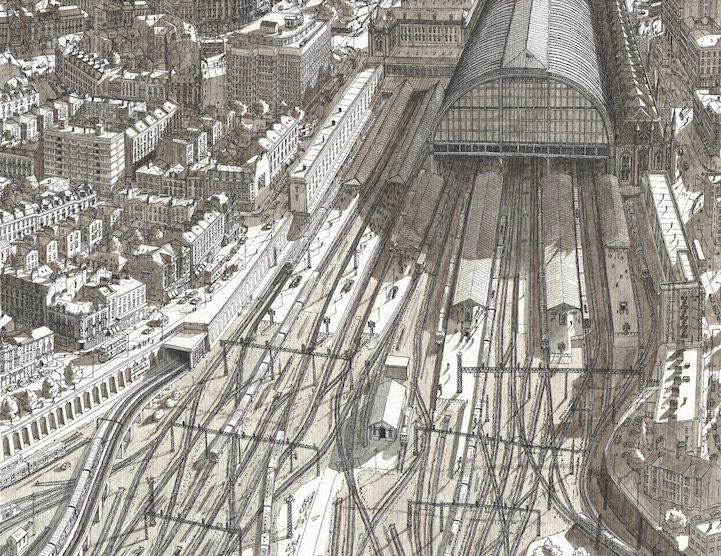 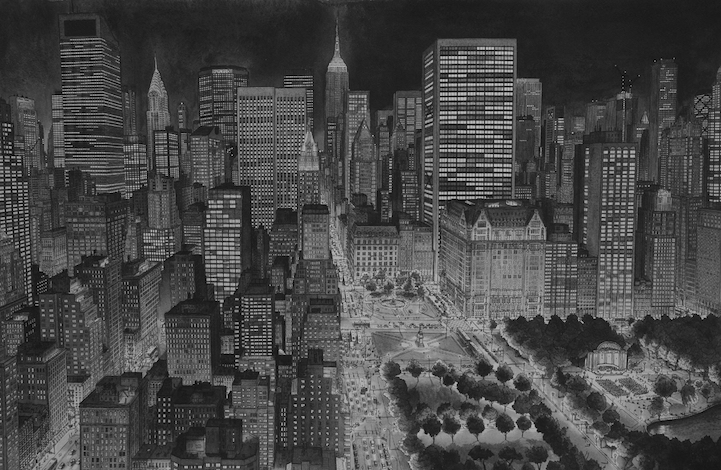