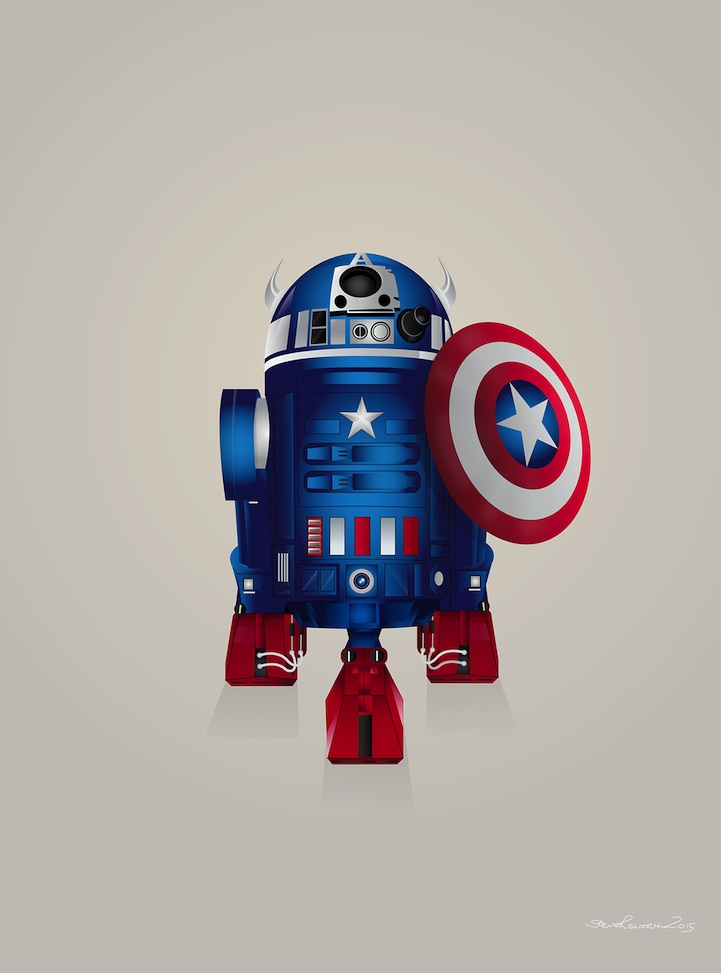 Fantasy worlds collide in Steve Berrington's delightful illustrations that depict Star Wars icon R2-D2 dressed up as superheroes from other realms. The lovable droid crosses Marvel, DC Comic and Lucasfilm lines to don a Superman cape, pick up Captain America's shield and try on Wonder Woman's tiara. But R2-D2 doesn't only masquerade as other heroes. He is also re-imagined wearing the costumes of notorious villains such as the Joker.

Berrington's illustrations represent the ultimate fan-fiction fantasy, creatively answering the question “What if all my favorite characters were part of the same universe?” The London-based artist tends to create graphic illustrations centering around superhero pop culture, often juxtaposing characters and realms in surprising combinations. 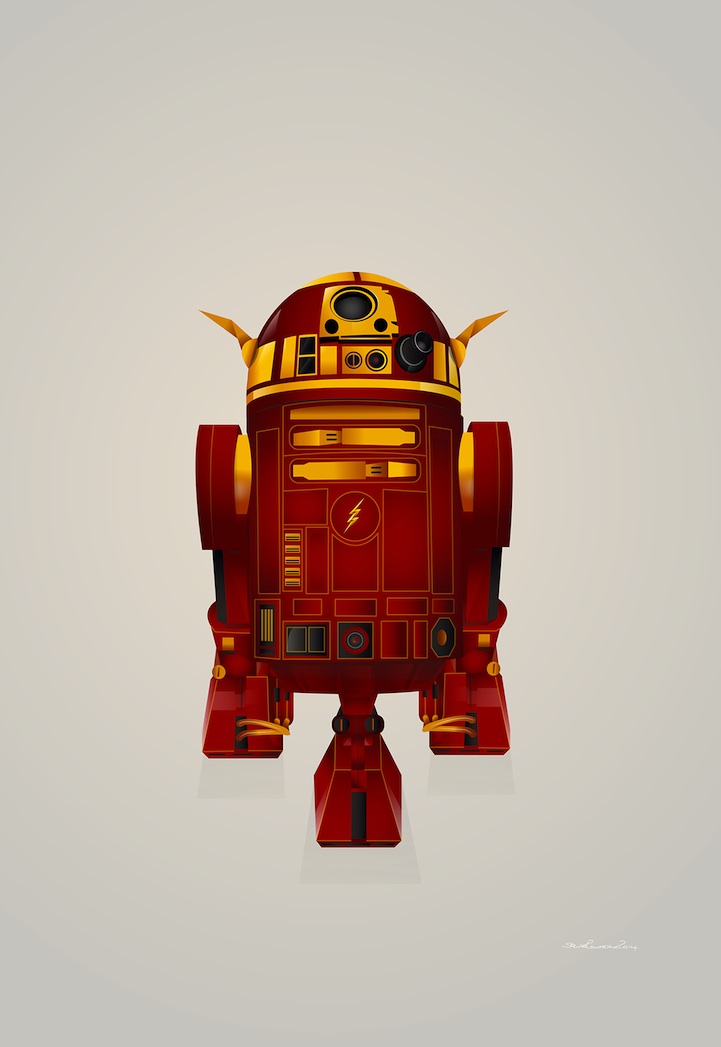 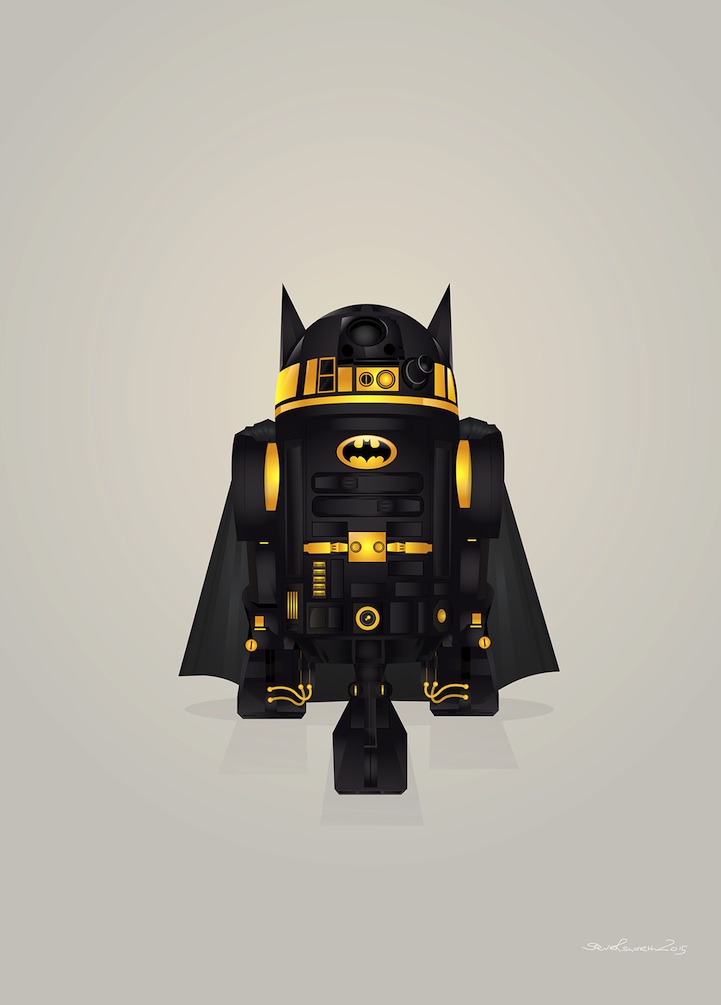 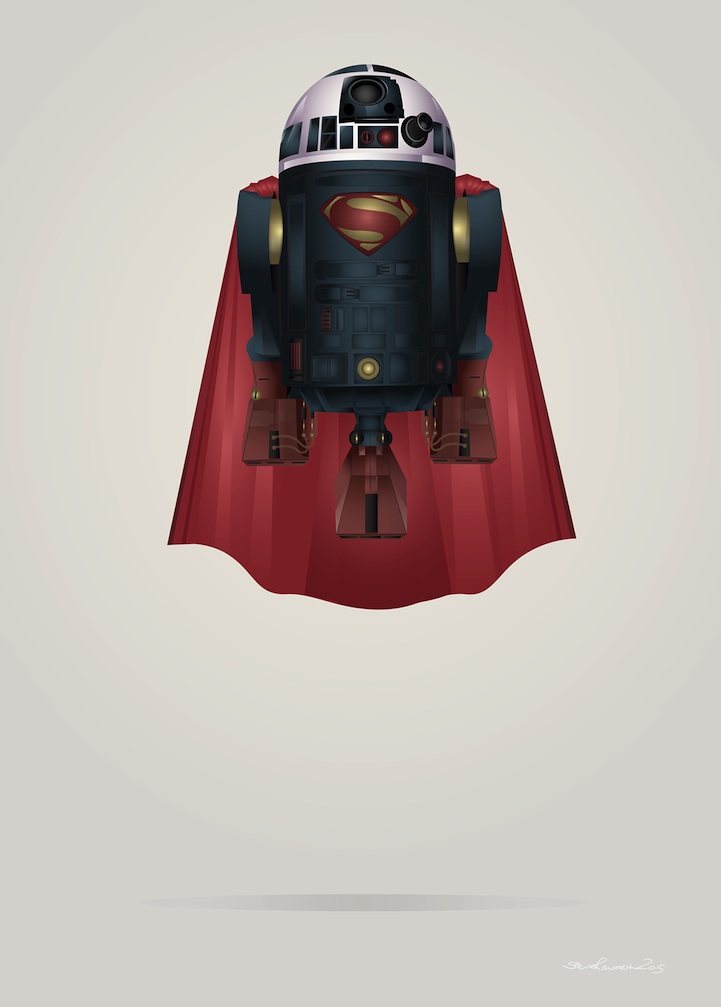 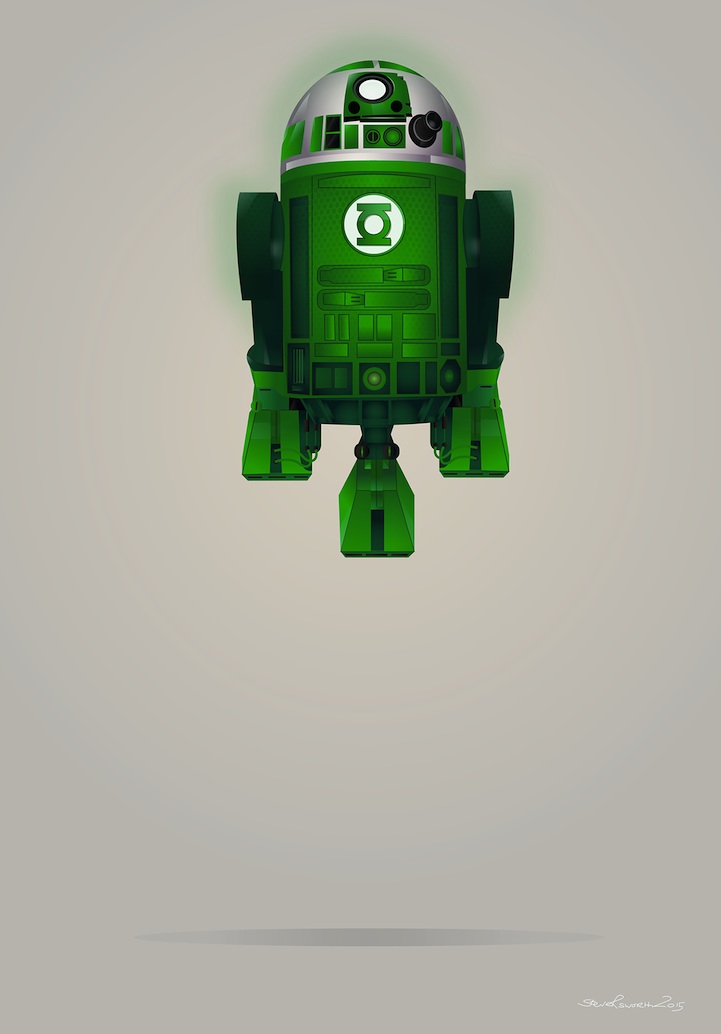 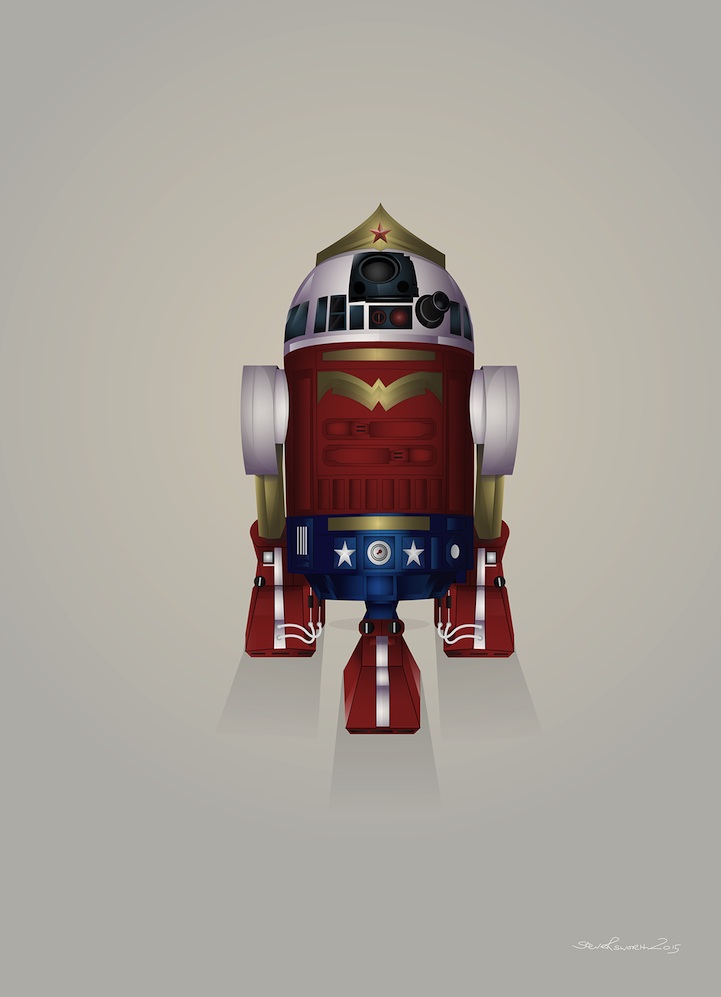 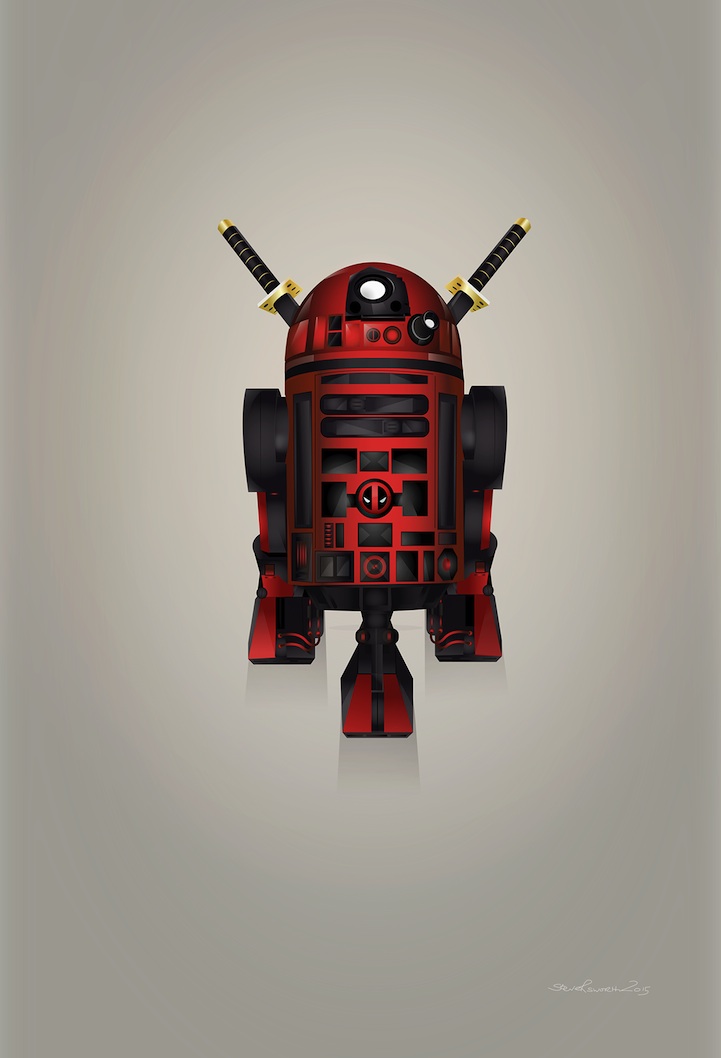 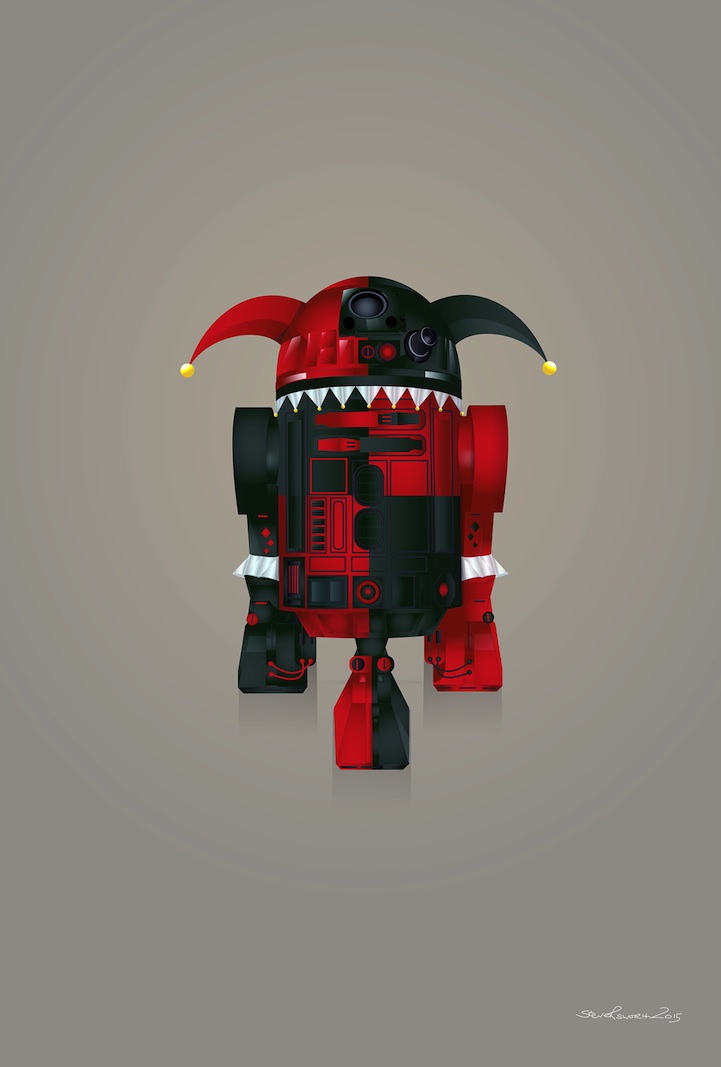 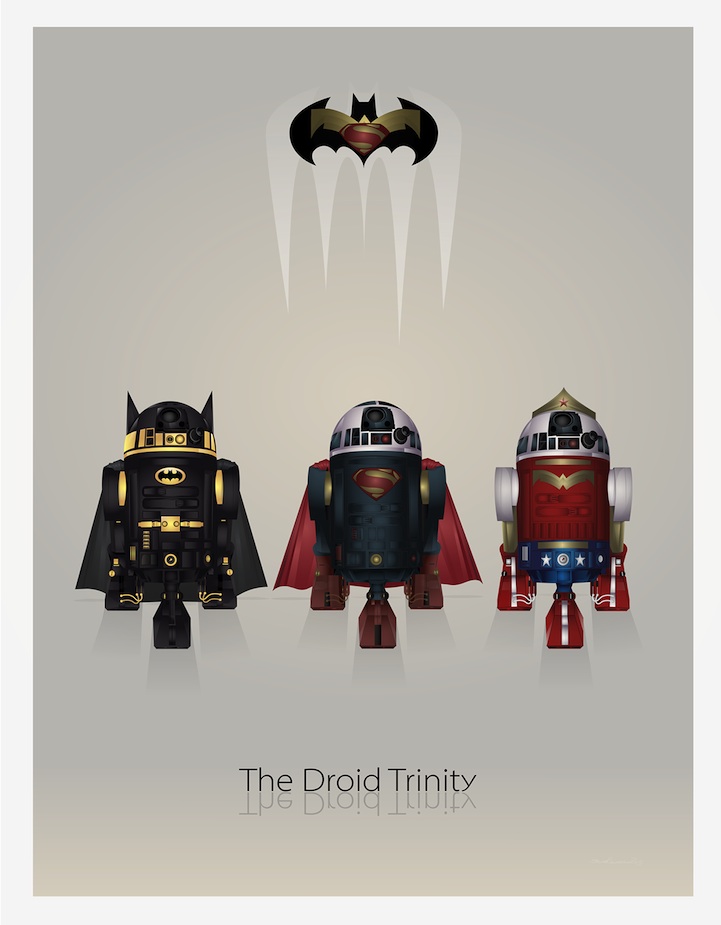