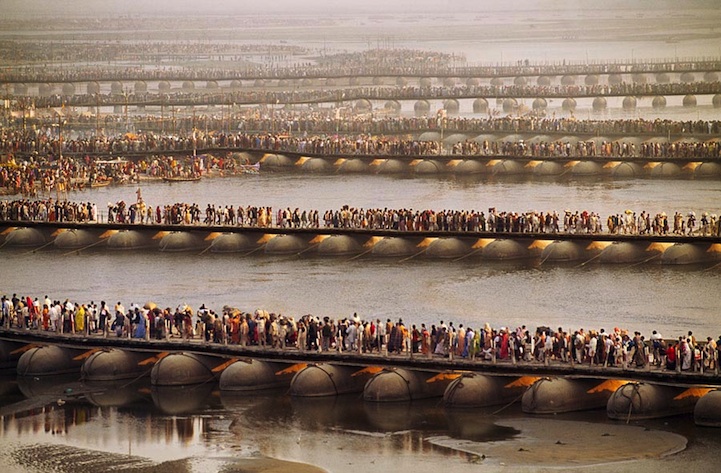 I came across this mind-blowing photo in Steve McCurry's latest blog entry, Simple Act of Waiting. Taken in 2001 during the Kumbh Mela Festival, it shows millions of people waiting their turn to bathe in the Ganges river.

The Kumbh Mela is a mass Hindu pilgrimage that's been called the world's largest act of faith, the greatest show on earth and the largest gathering on the planet. In 2001 it was held in Allahabad, India where the India government estimates that about 70 million people came to bathe in the holy river Ganges where it meets with the also holy Yamuna river. Bathing in the holy waters at this particular time is said to wash away your karmic debt or cleanse you from your sins. It's literally a shortcut to spiritual liberation.

In this particular photo, it shows people traversing temporary pontoon bridges built along the Ganges River to facilitate movement. Fascinating.