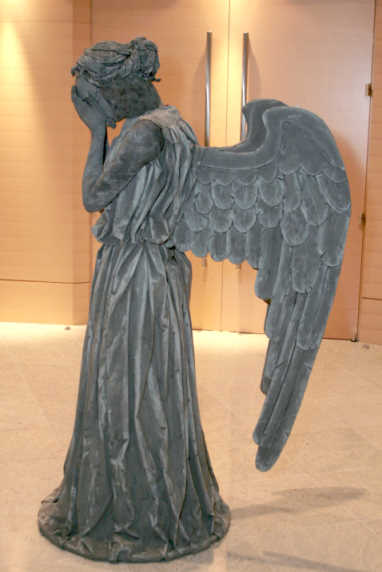 Though Halloween has now passed, we can't help but want to write about this amazing costume by Replica Prop Forum member Penwiper. Her Weeping Angel costume looks so amazingly real, you just have to sit back at it and stare. The costume is based on characters from Doctor Who, a British science fiction television program produced by the BBC. The Weeping Angels debuted in the award-winning episode Blink. Resembling the stone angel statues that are in some Christian cemeteries, these statues move very quickly and silently when they're not watched. When they are, they stand immobile – frozen and indestructible. If two Weeping Angels look at each other at the same time, they are trapped in stone form forever. To prevent this, they cover their eyes when freezing – this makes them look like they are weeping. Penwiper went to great lengths to get this costume just right. In fact, you can read the breakdown of just how she made it here. She created it for the DragonCon 2008, the largest multi-media, popular culture convention focusing on science fiction and fantasy held annually in the United States. “The effect is pretty convincing,” she says. “People kept coming up and asking to touch the dress so they could feel that it wasn't stone!” Dress 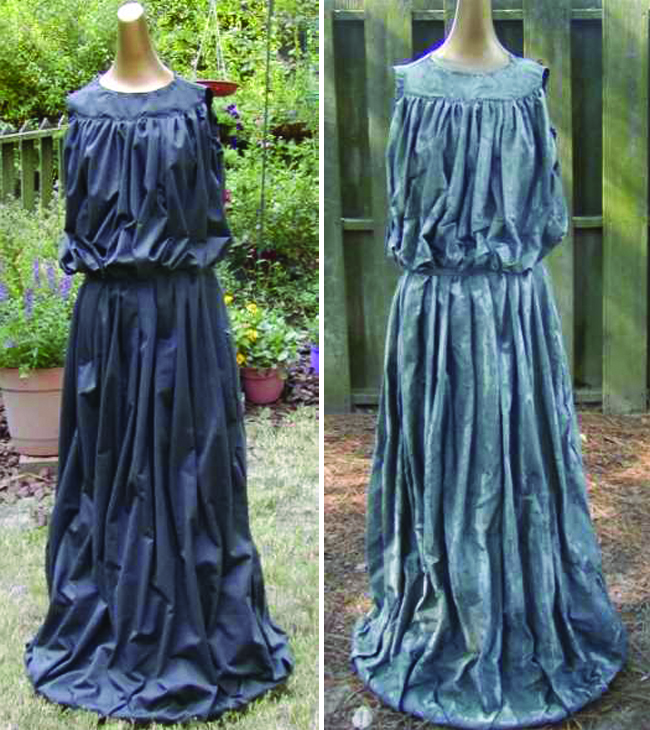 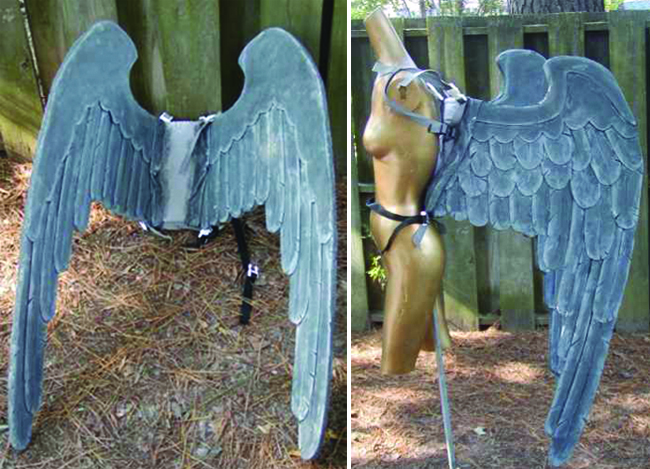 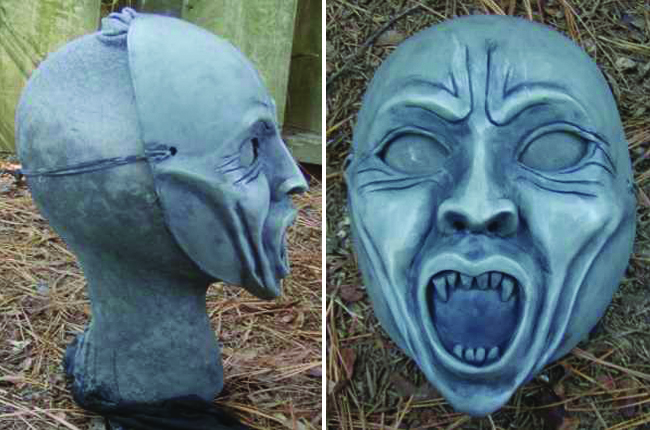 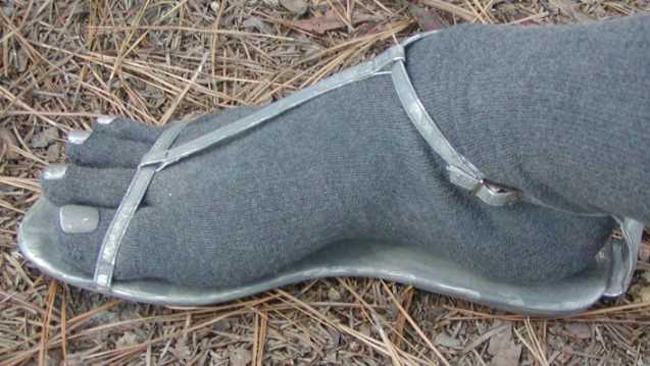 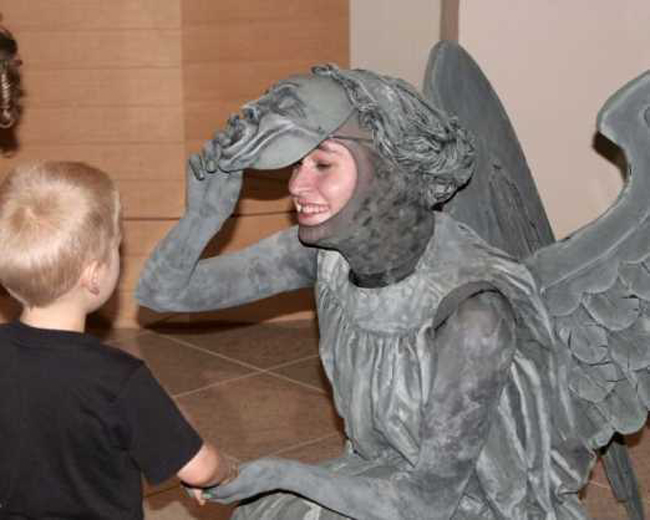 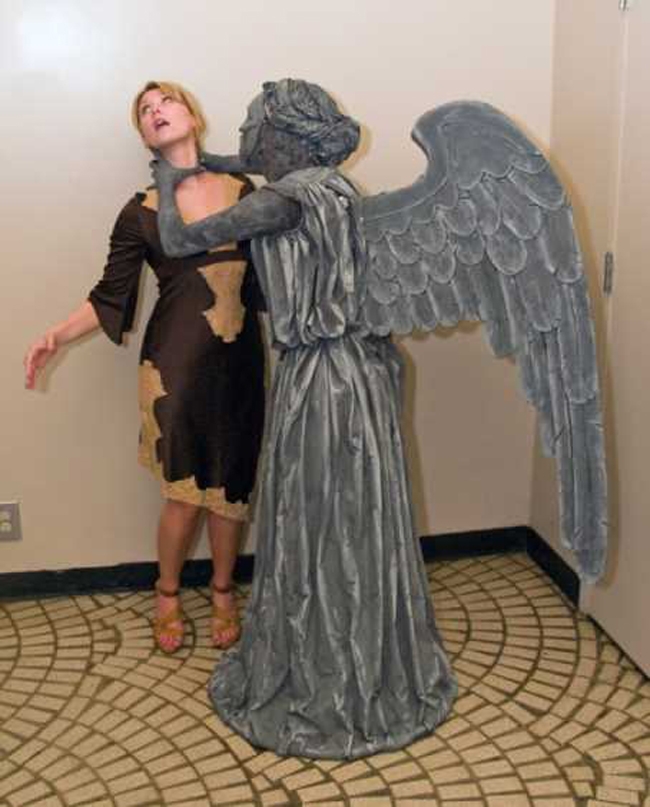