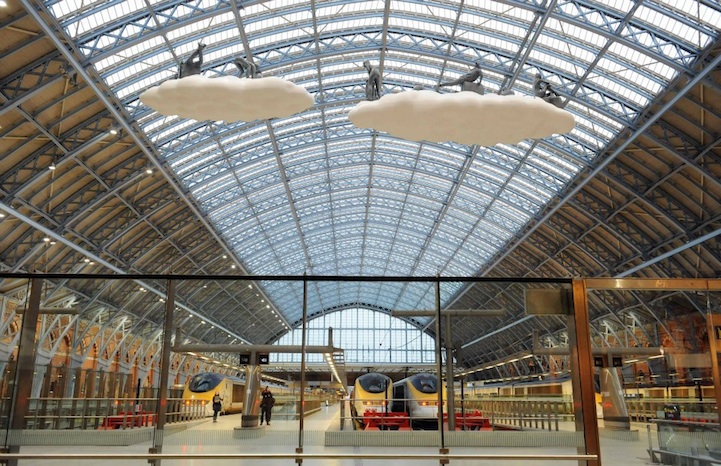 A warm and charming welcome to the nearly one million visitors to the station each week, the installation shows travelers taking a magic carpet ride into an imaginary journey in the skies.

As the artists state on their website, “Meteoros is a word derived from ancient Greek, meaning raised from the ground, suspended, lofty or in the midst. Clouds have long been intercessors between reality and the imagination, between heaven and earth, lightness and gravity. They inhabit the skies of Renaissance fresco paintings, often depicted crowded with laymen and prophets, angels and deities. Throughout history, this celestial vault has been a site of conviviality, of learning and exchange.”

This installation will be up until the end of 2013. Love the surreal feeling to them. 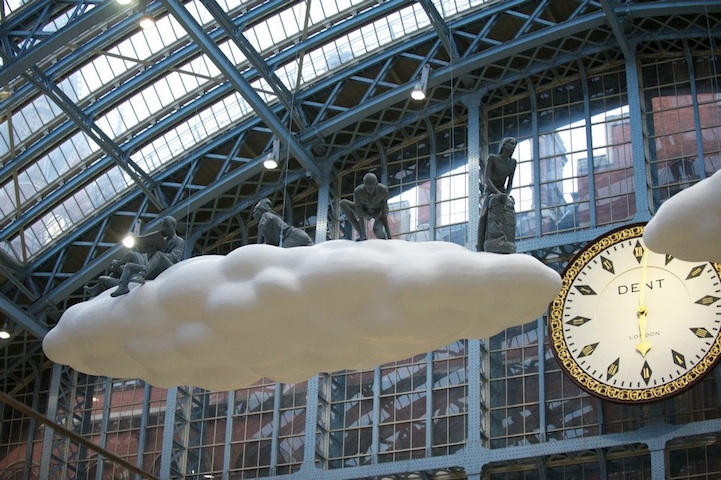 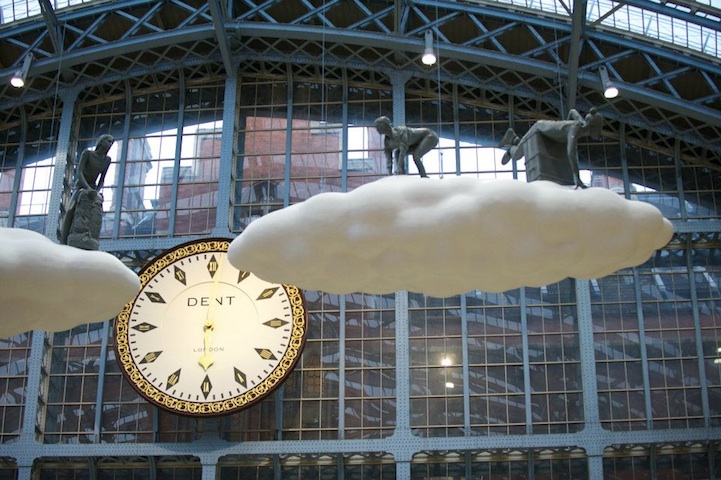 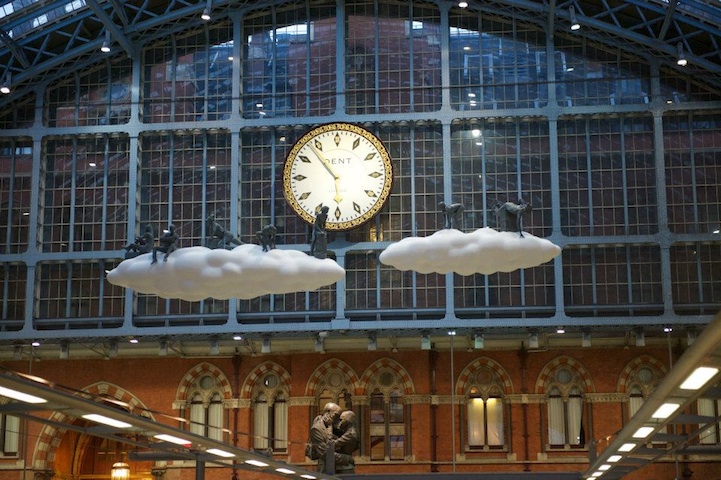 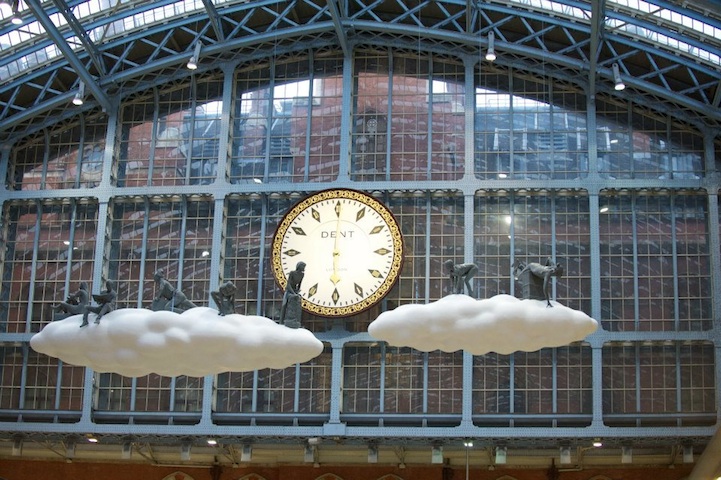 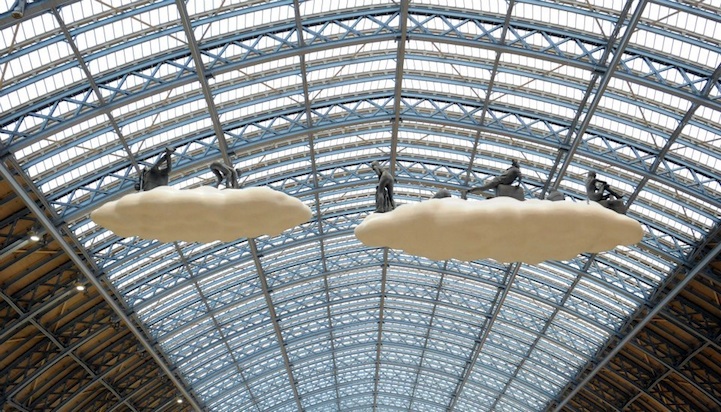 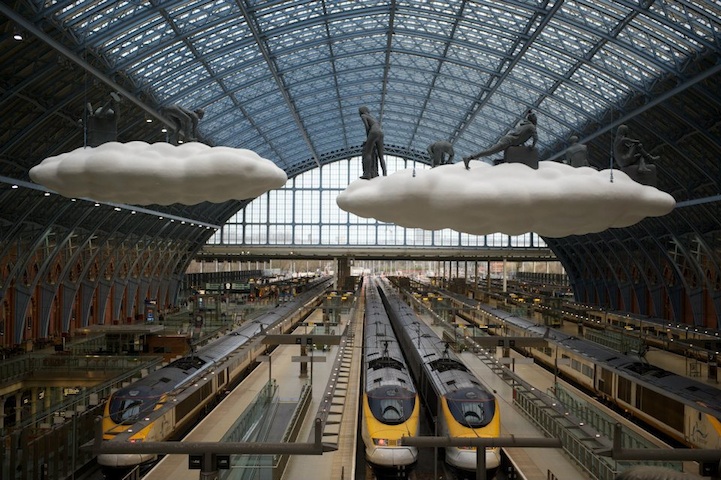 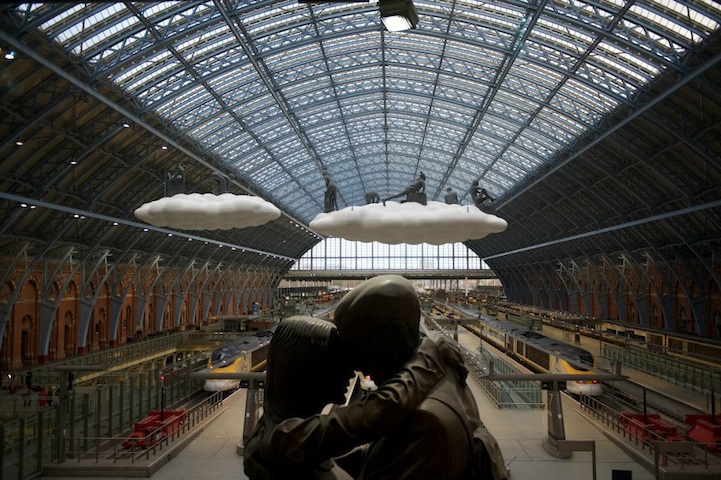