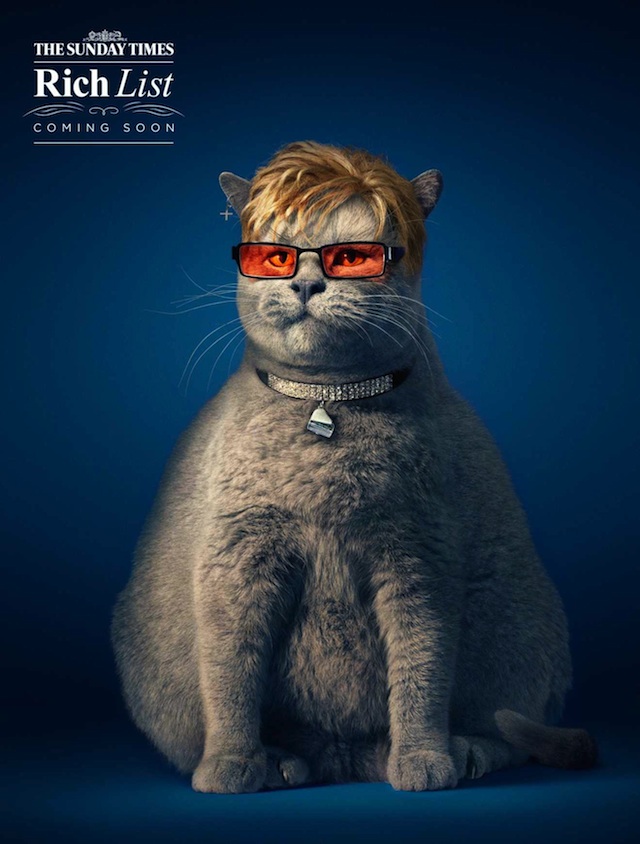 While the term “fat cat” usually refers to a wealthy or powerful person, the words have been taken quite literally in this hilarious new print campaign. The Sunday Times, Britain's largest-selling national Sunday newspaper, worked with agency Grey London to bring attention to their special edition, the Rich List, which is due out May 18.

Leading animal photographer Tim Flach, who we previously featured here, first took photos of real cats and then, Antony Crossfield, a digital artist, transformed them to look like Sir Richard Branson, Sir Elton John and Simon Cowell. If you can't tell by the well-coiffed hair (or should we say fur) which celebrity is which, check out each of the cat's collar for a clue. 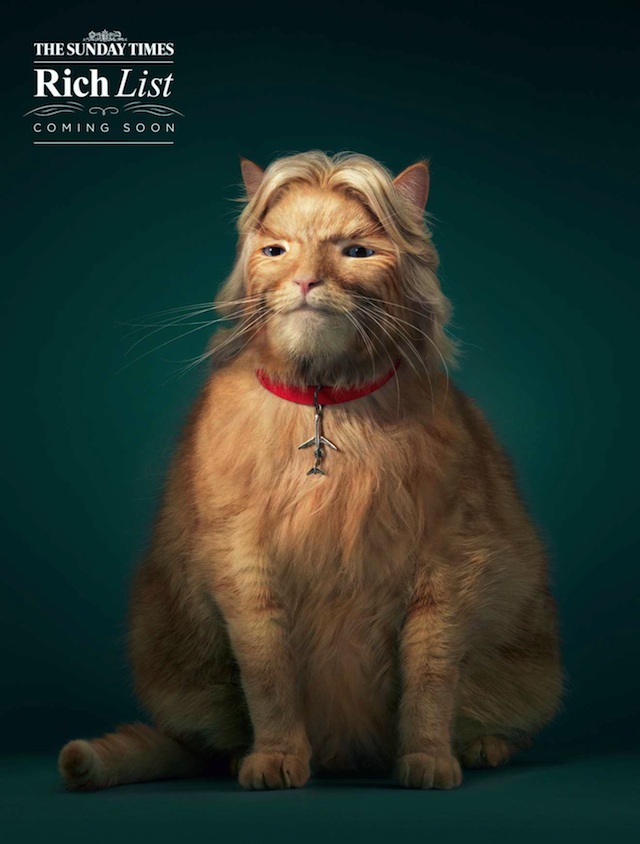 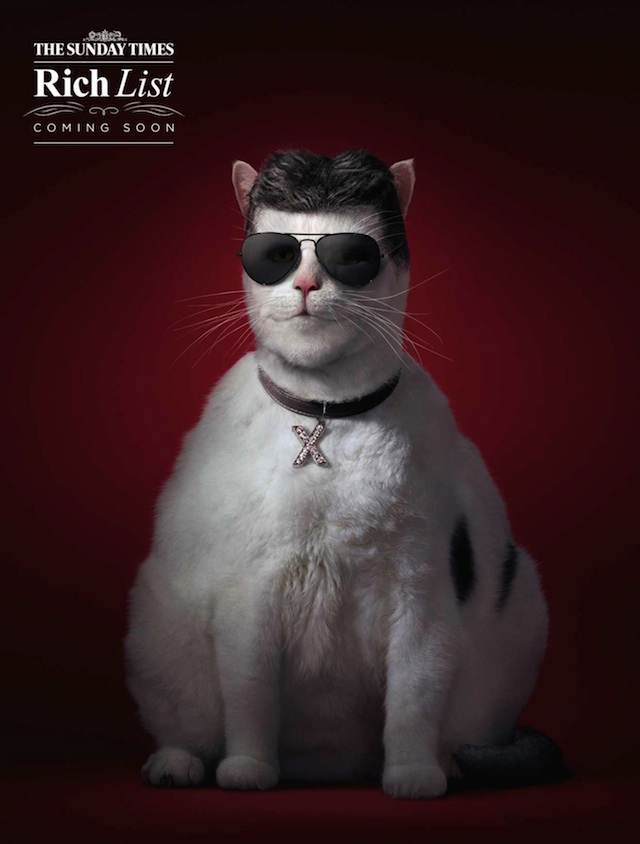