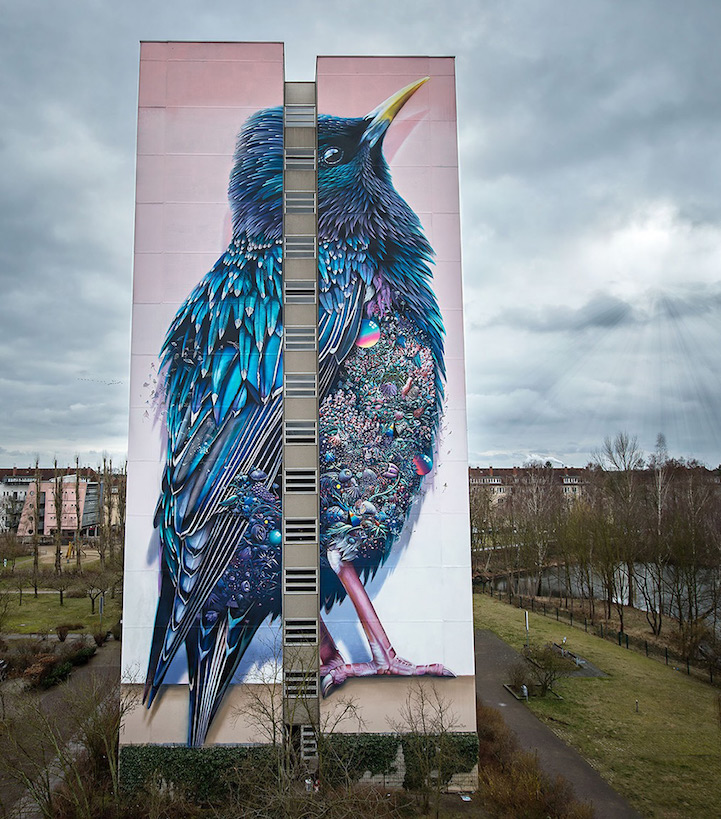 Netherlands-based artists Super A and Collin van der Sluijs have collaborated to create a dazzling, 137-foot-tall mural of a bird with iridescent blue feathers and a chest composed of glittering gems and vines. The mystical creature is based on a true species: starlings, which migrate in united groups, creating crackling clouds of moving wings that span and shift across the sky. They follow no one leader, but instead bond as a community to protect one another while soaring in sync.

These unique behavior patterns are intended as metaphors for the culture in Berlin, where the mural is based. Located at Art Park Tegel in Neheimer Straße 4, it's part of the ONE WALL project spearheaded by Urban Nation, which aims to diversify the city's neighborhoods “one wall at a time,” inviting international artists to leave their marks with Berlin-specific issues in mind. Perhaps this intention explains the painted starling's fantastical front side—as if to suggest that hidden beneath the many layers of the metropolis, there's a diverse assortment of unique creativity and intrigue just waiting to take flight. 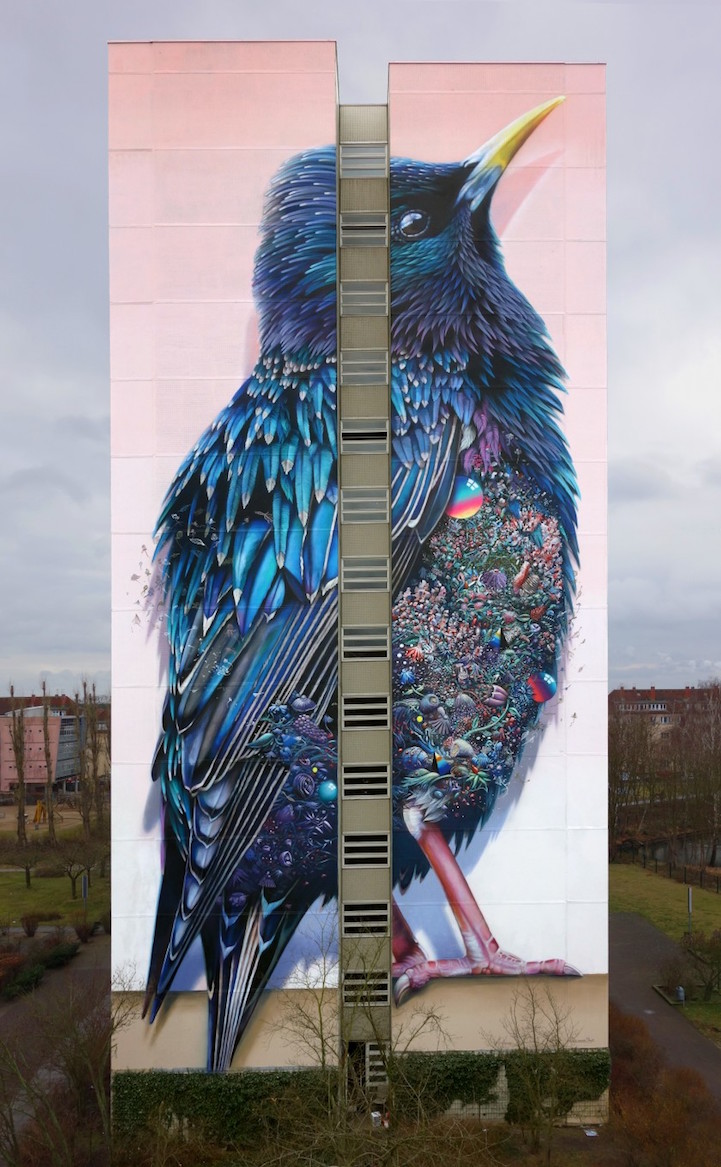 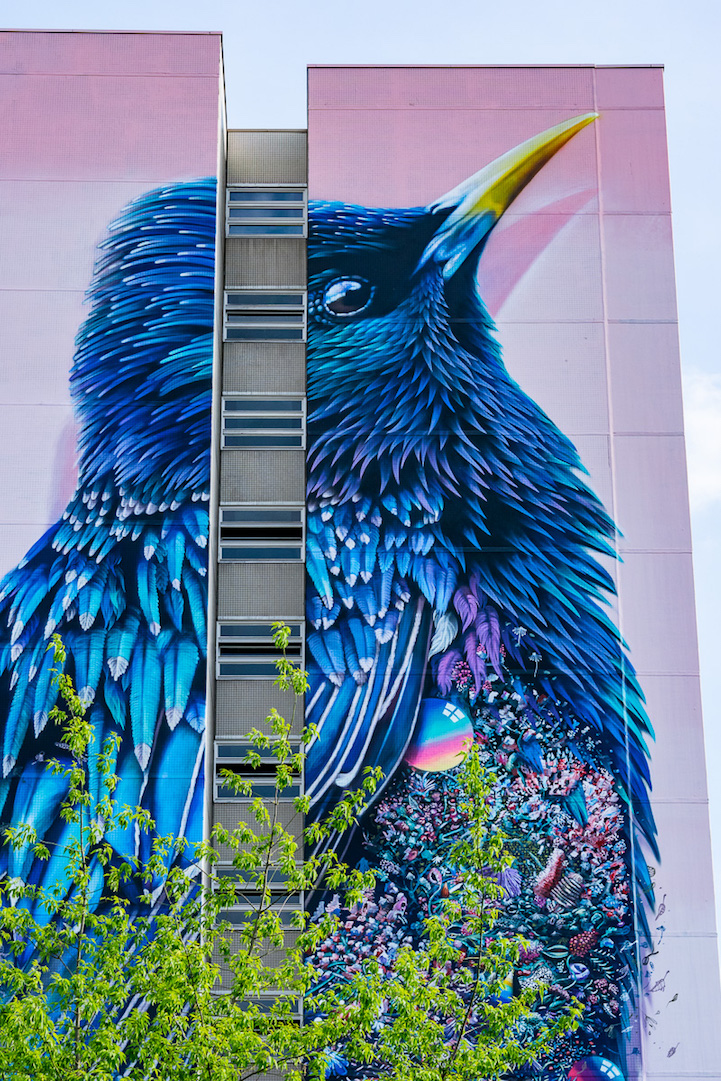 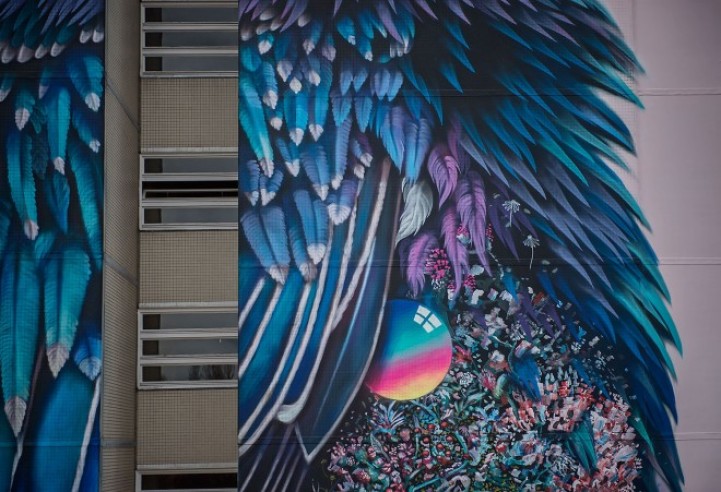 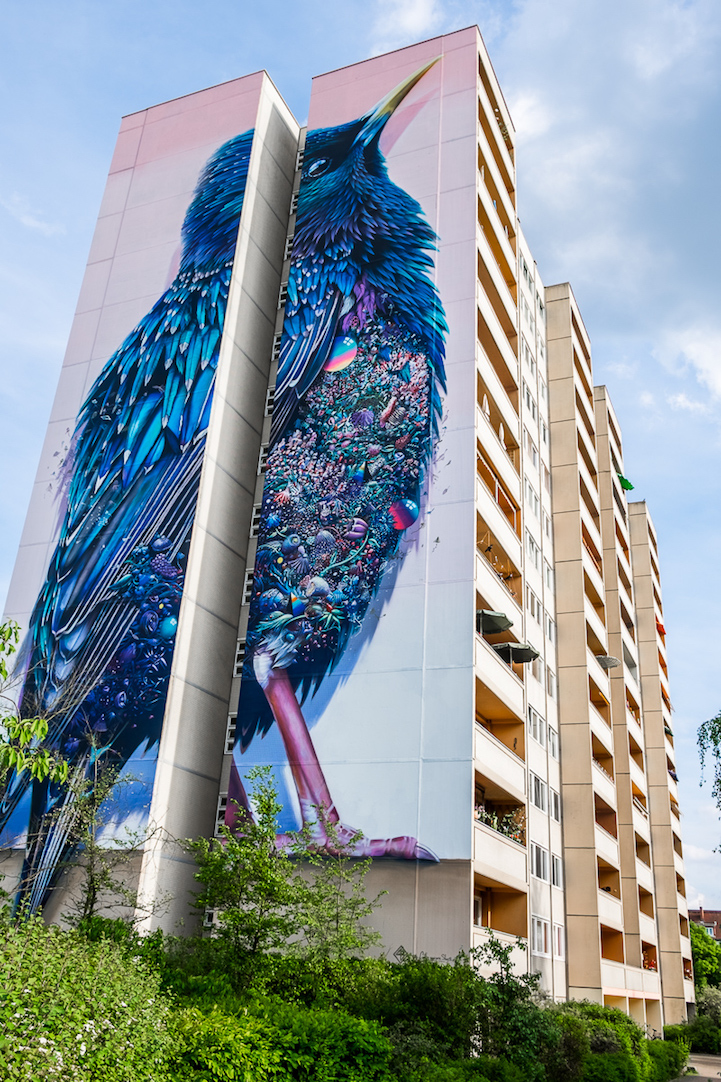 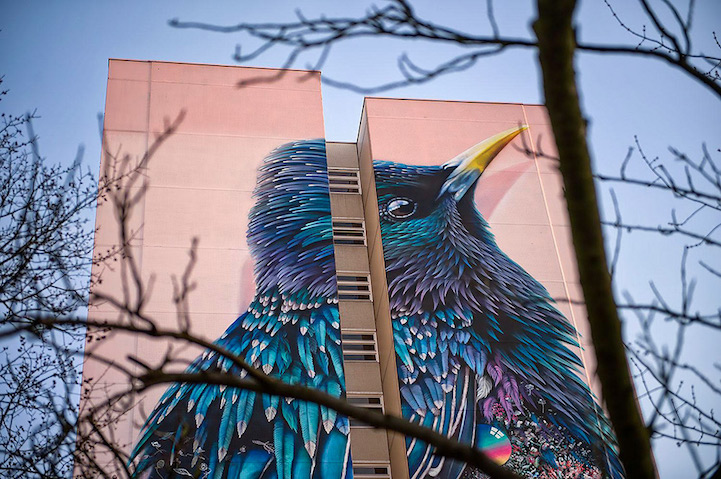 All images via Nika Kramer/Urban Nation.