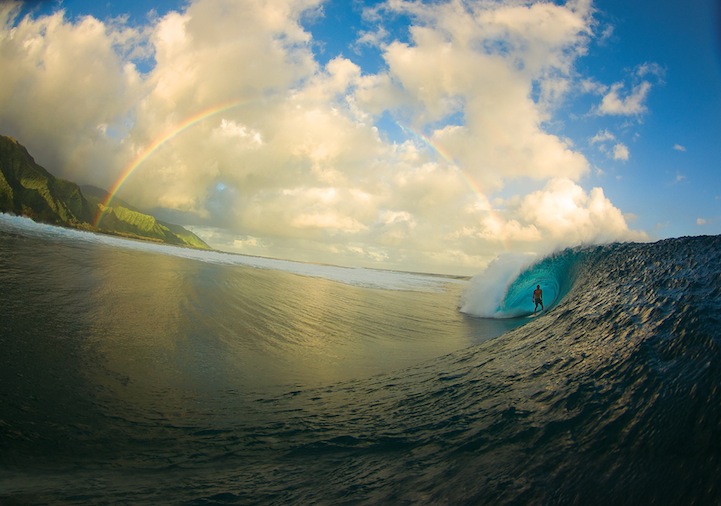 For surfers, it's hard to imagine a more perfect day than this. Oahu's Zak Noyle photographed surfer Christian Redongo casually standing inside a turquoise barrel, while a massive rainbow spans from edge to edge, hitting, one one side, the lush island of Tahiti. With this photo, Noyle won Surfer Magazine's 2011 Photo of the Year contest.

“It was an amazing afternoon with just my friends out in the water,” Noyle explains. “There were five guys in the water with pristine conditions. It wasn't huge, but I saw that rainbow forming. I was shooting fisheye, and I was quite close in, so I kind of kicked back toward the channel and framed it up like that. It was just a quick moment, it only lasted for two waves, and it just happened to be a setup.”