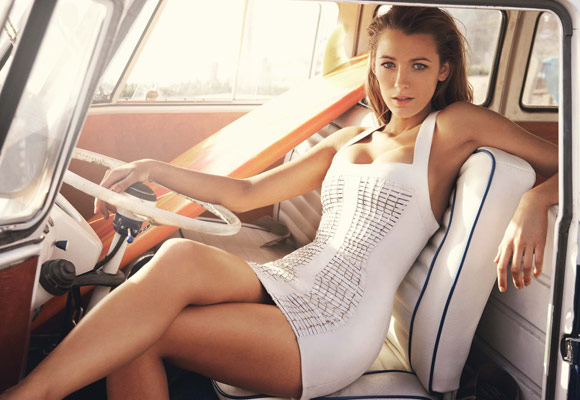 Fans will be able to catch Lively in the upcoming action flick “Green Lantern,” which also stars Ryan Reynolds. She plays the villainess Star Sapphire, therefore she had to get in top shape for the part – and this meant heavy training to increase strength and boost the core.

“Our director likes it real – the fights close and dirty, says Lively. “I'm 40 feet in the air, spiraling around. That's the best workout you can ever do because it's all core. You do that for ten minutes and you should see your body the next day! It's so exhilarating, so thrilling – and nauseating.” 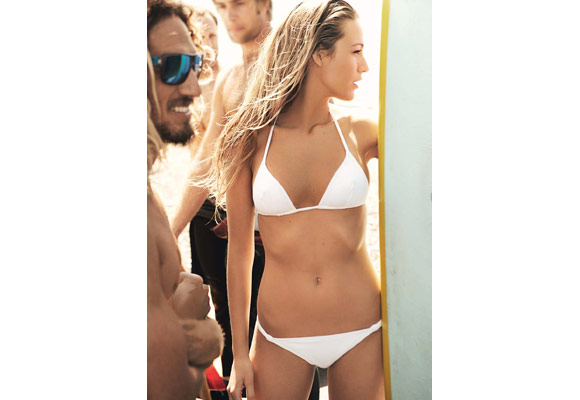 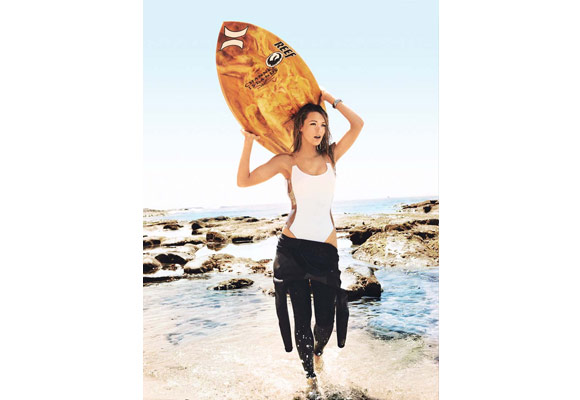 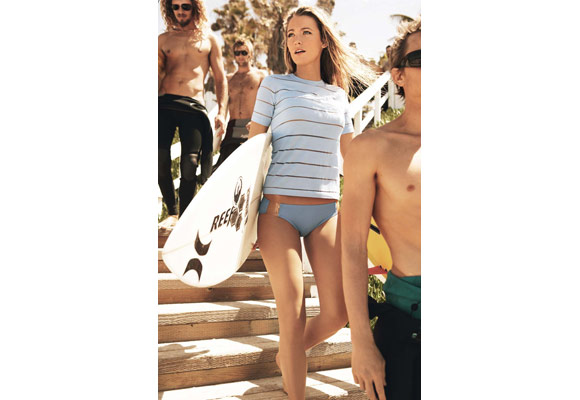 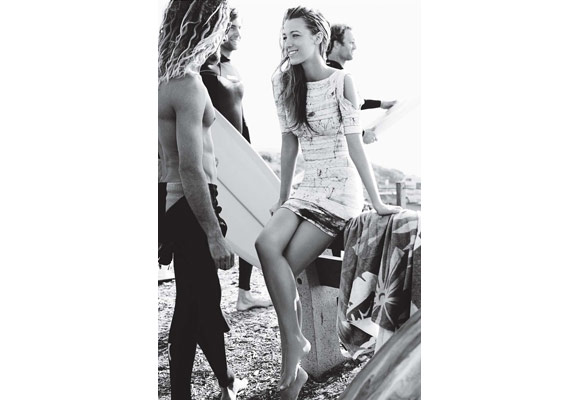 Surf legend Rob Machado (left) tutors Lively in the finer points of wave-catching and breeze-shooting on Moonlight Beach. “My goal was to keep her hair dry!” he joked. “I failed, but she never actually fell. We rode every wave to the end.” 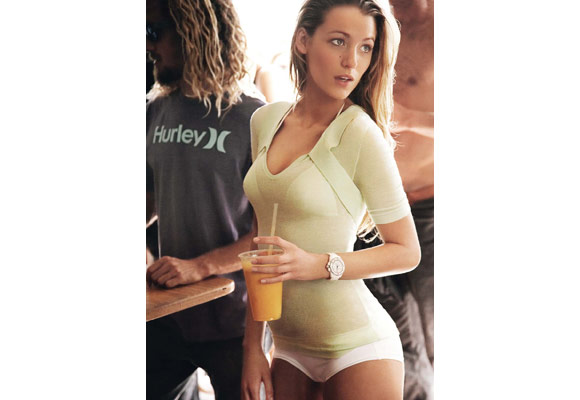 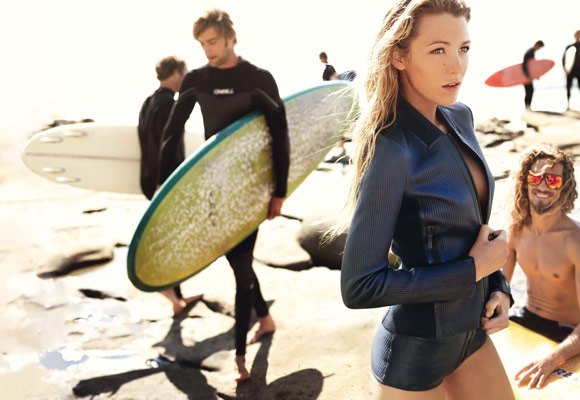 “I haven't lived in California for so long,” Lively says, “but my New York guise is gone. Ostrich flats don't really work on the beach!” 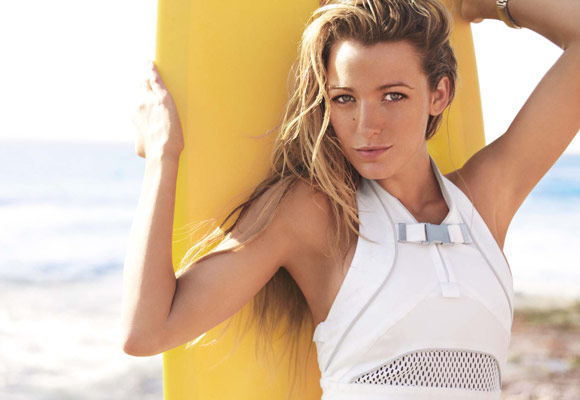 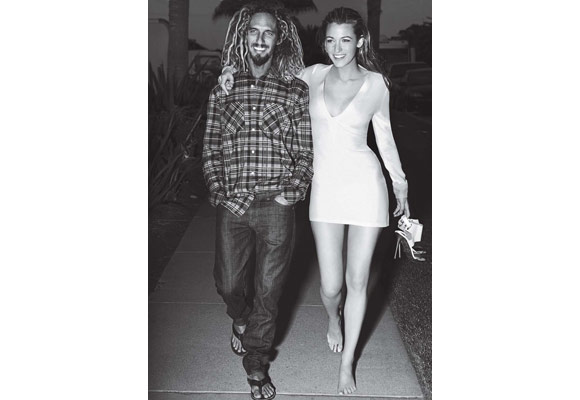 On the streets of Cardiff-by-the-Sea, California, Machado's stardom rivals Lively's: Passing cars toot their horns, kids high-five him. Her attention-getting minidress gives him a run for the money. 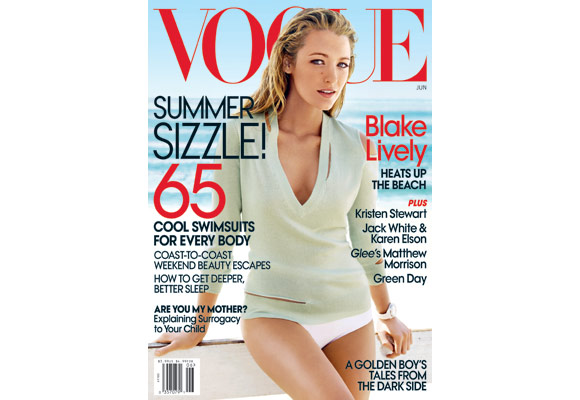