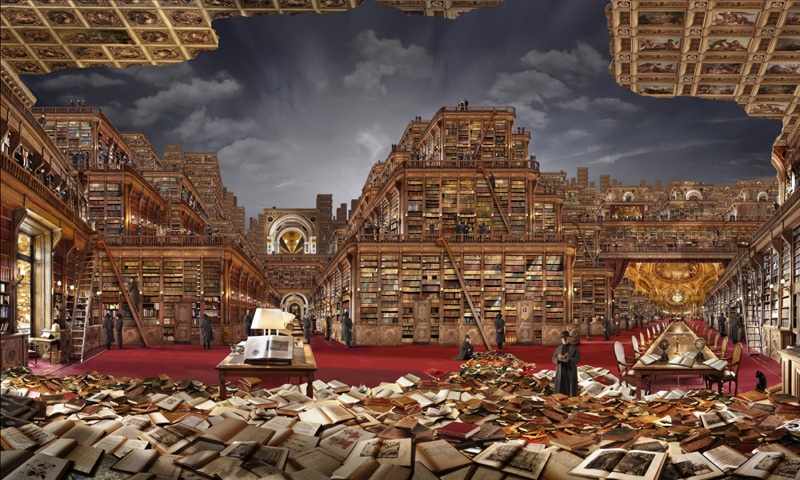 Combining art, photography and technology, French photographer Jean Francois Rauzier creates hyperphotos that will blow you away. Just what is a hyperphoto? It's a term coined by Rauzier which means ‘stitching' together hundreds or thousands of enormous high-resolution images into one amazing collage. Look closely and you'll see that an incredible amount of time has gone into each piece.

Each collage is composed of between 600 and 3,400 individual close-up images, each taken one by one, using a telephoto lens over a period of one to two hours. Once the entire scene is captured, Rauzier stitches them together using Photoshop, working obsessively until the viewer can't discern where one image begins and one image ends.

Just what kind of person would dedicate himself to creating these hyperphotos? A man who is in love with the arts. As Rauzier states, “I agree that it may sound crazy but I've been a photographer, painter and sculptor for 30 years, exploring these different techniques of expression up until 2001. At that time, I began my Hyper-photo work and I haven't needed to do anything else. I'm entirely satisfied. As a photographer, I can use this powerful art medium to capture reality. As a painter, I can control my image exactly and put what I want where I want. And as a sculptor, I savor spending a long time on my work, as a meditation, to have the pleasure to approach, touch and feel the texture, then back away to see the entire work. Hyper-photo is a combination of all of these.” 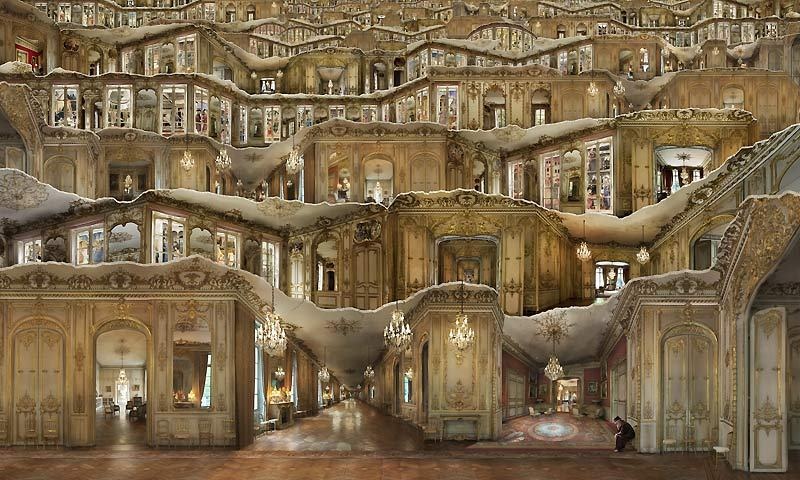 “I have an emotion, but I can't really see how the final image will be. It's very important to know that because it was difficult for me at first. It's exactly the opposite of photography. As a classic photographer, I look in my viewfinder and shoot and I have my picture. In the case of the Hyper-photo, in the viewfinder, I just see details. I tried every wide-angle viewfinder as a movie director would, but it's impossible to have 360-degree vision; 180-degree viewfinders exist, but there's so much distortion that we can't imagine the result. So when I shoot, I have some ideas, but I don't know how it will be in the end. It's always an adventure, a discovery of a parallel world.”

To see just how detailed Jean Franois Rauzier's work is, click deeper and deeper intp his Paris photo. (Do you see the people in the windows?)