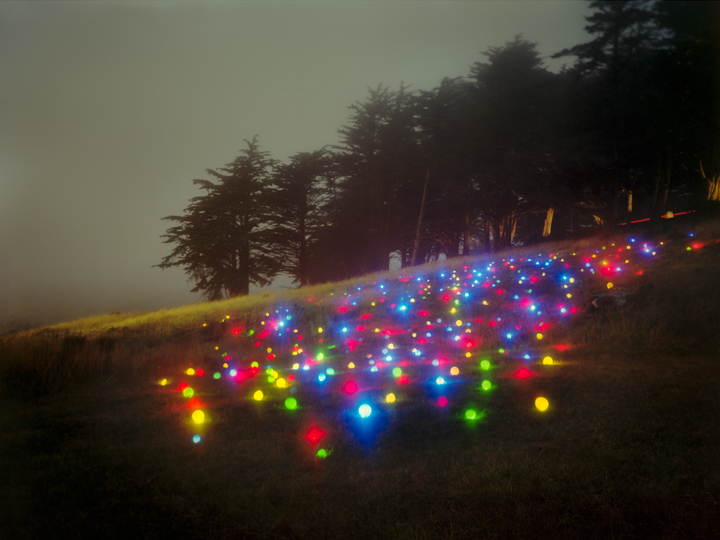 As a theater major, Barry Underwood was used to building sets. How that experience would play out later in his life wasn't clear to him until one day, he saw photos by American photographer Robert Frank. Instead of documenting what he saw, Frank was known for creating narratives out of constructed images. A light bulb moment went off in Underwood's head. “It showed me that you could apply an image into a photograph as opposed to just taking it,” he says.

Ask Underwood what he calls his series and he'll tell you it's just one word….Scenes. Like a scene in a play or theater, Underwood uses his photographs as a means to explore issues of illusion, imagination and the potential of the ordinary. “I approach my work with a theatrical sensibility, creating surreal images. Light and color are used as subjective tools, affecting the perception of space while demilitarizing common objects.”

He continues, “Otherworldly or dream-like quality automatically arises in the images with the introduction of lights into the nighttime landscape. I am more interested, though, in the way illusionistic space collapses while the lights appear.” 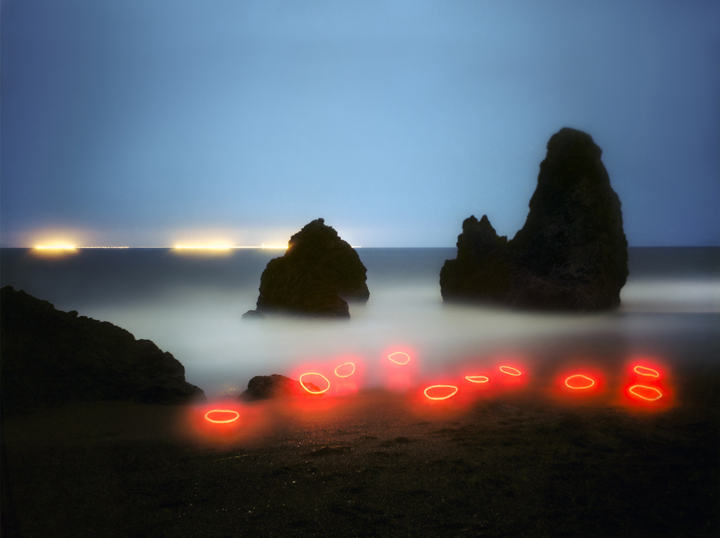 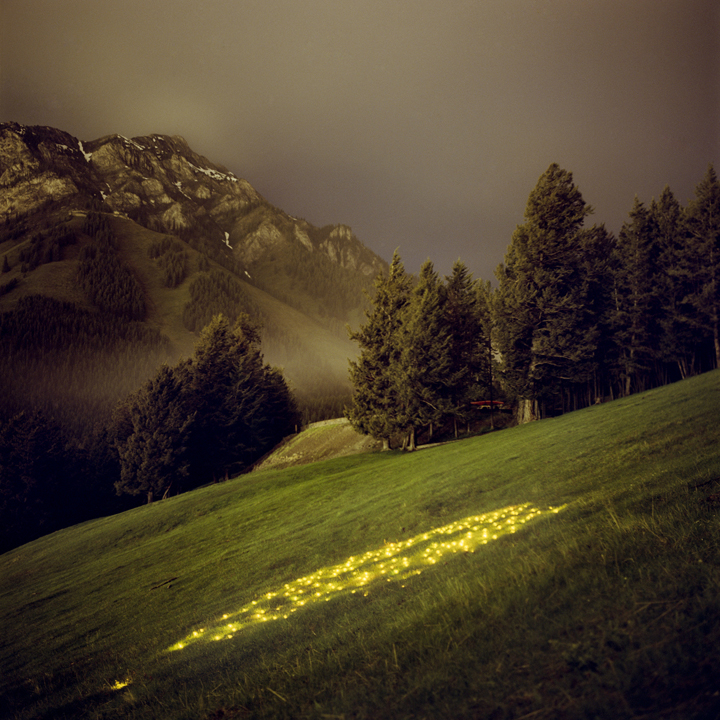 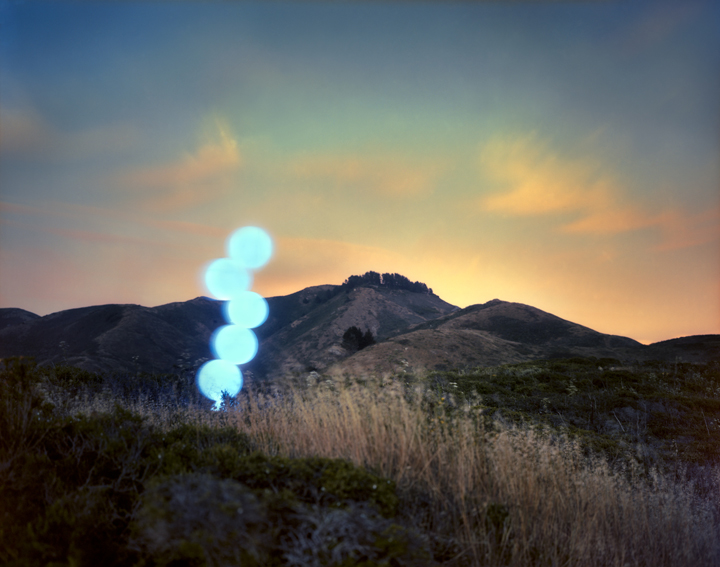 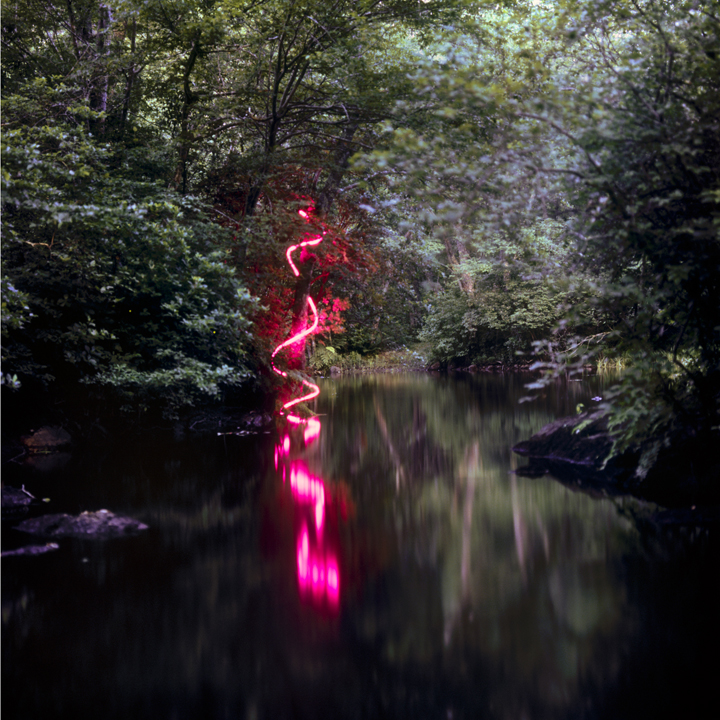 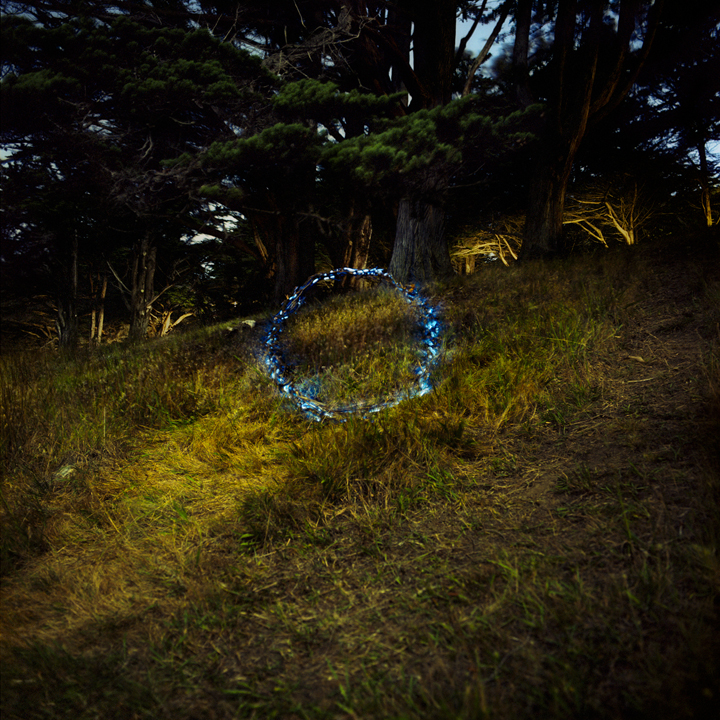 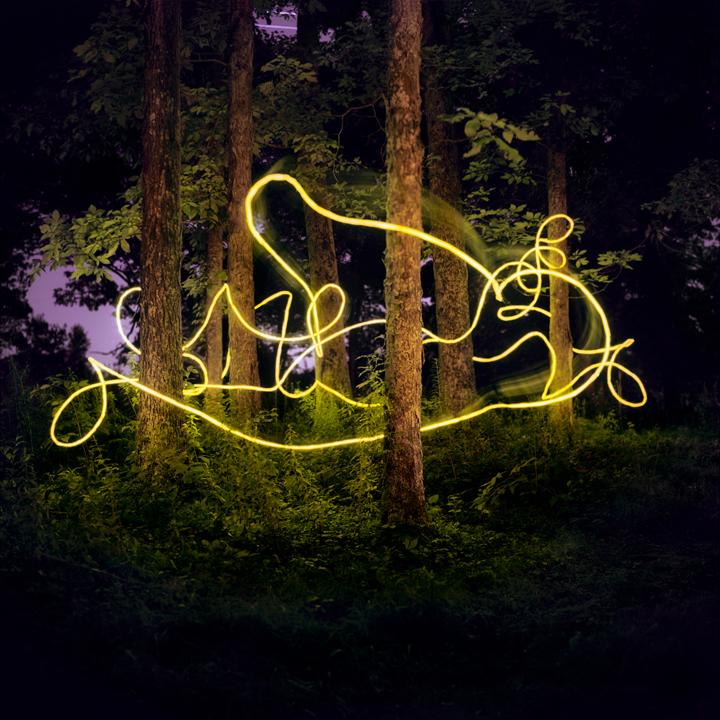 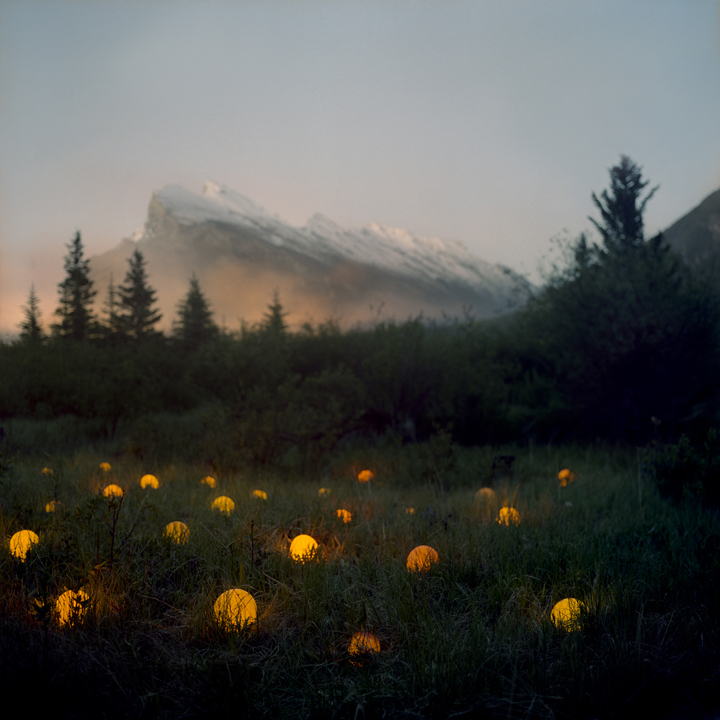 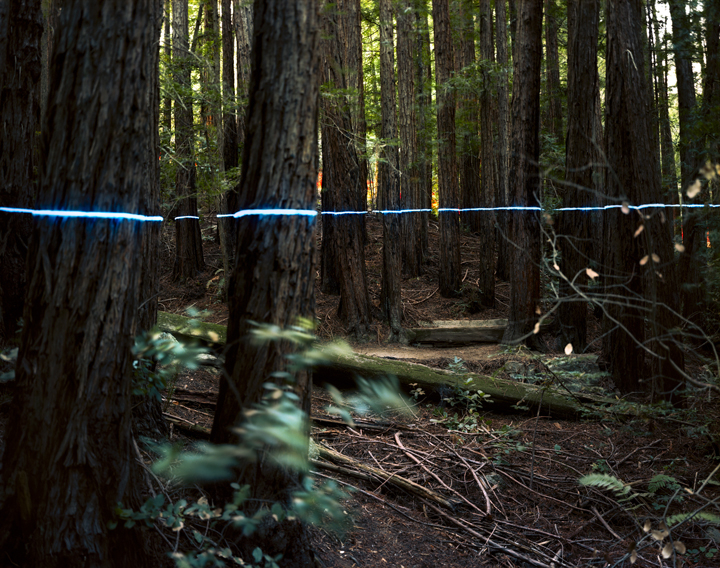 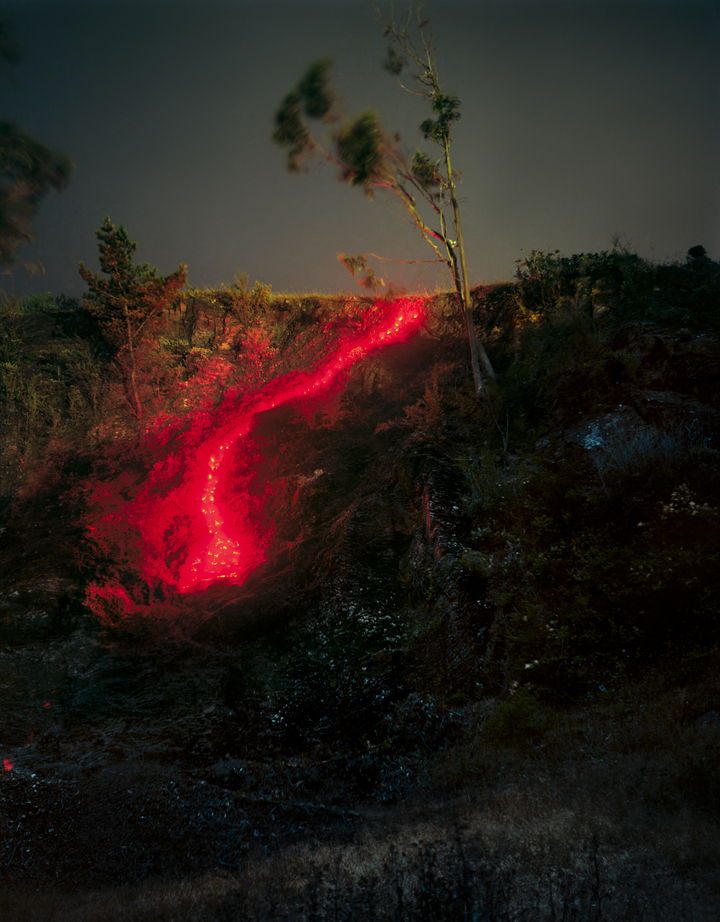 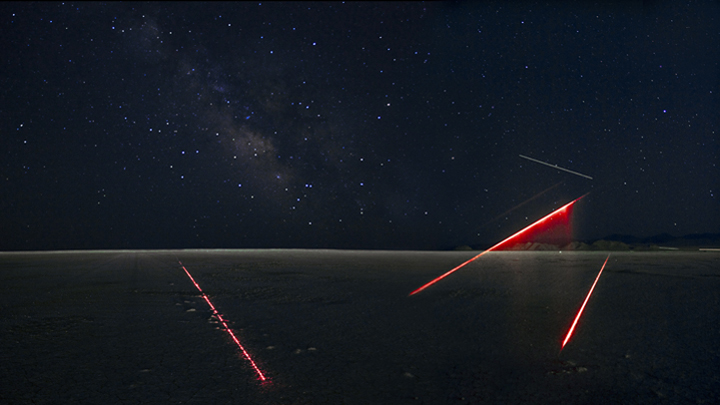 I asked Barry to share with us his creative process. “My process begins with drawing,” he says. “I like to sketch out the idea. Then the photographing, make several test shots before hand. This gives me time to work through some of the media and logistical issues that may arise during the install.”

And, finally, a tip for others interested in taking this type of photographic art? “Dress warm and bring a friend,” he says. (Sound advice.)